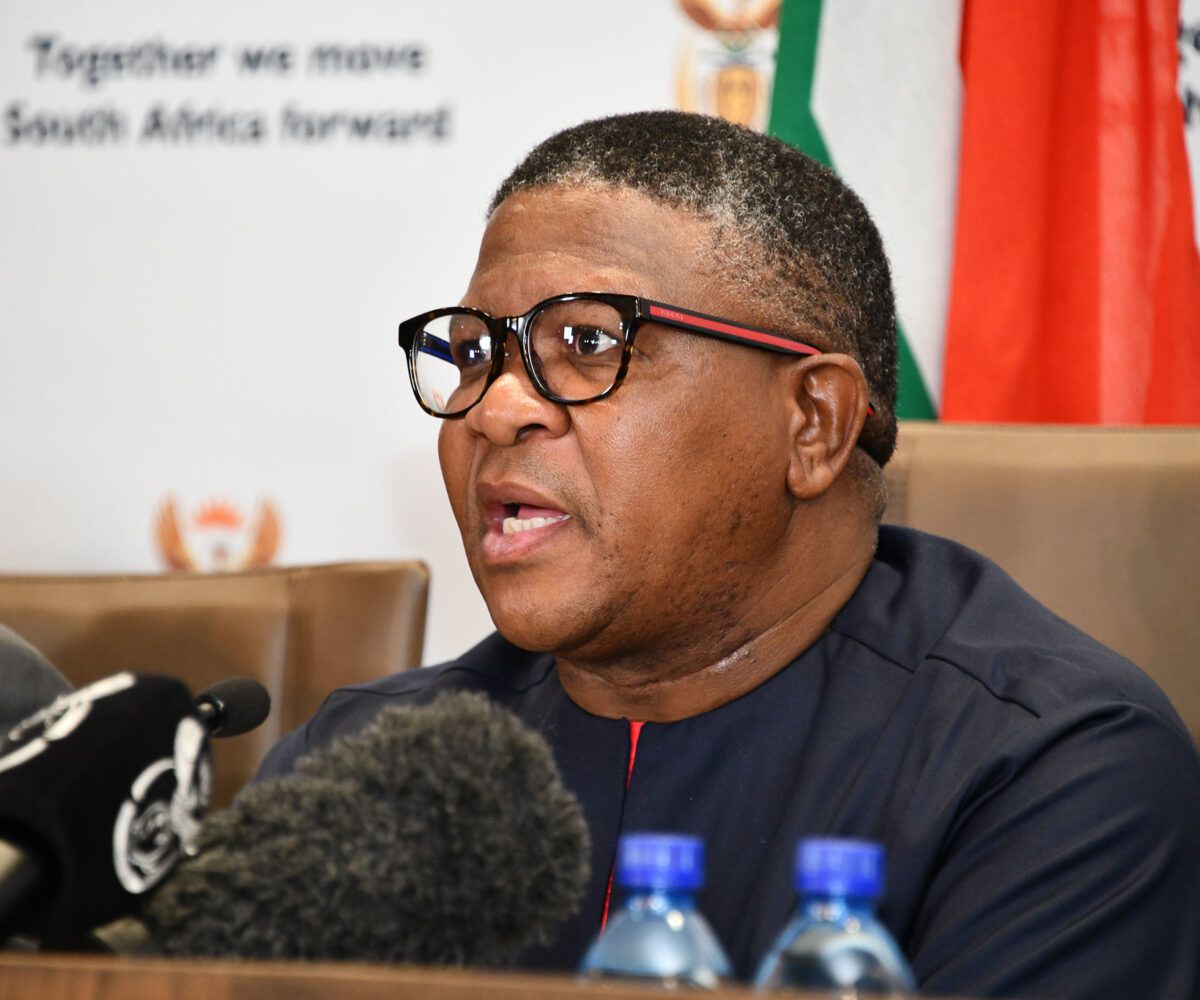 The families of the victims who were killed in the Pongola road crash in KwaZulu-Natal (KZN) say they hope such a tragedy never happens again in the area.

A truck and bakkie transporting children collided on the N2 between Pongola and Itshelejuba, claiming the lives of 20 people, 18 of them being children, last week. Transport Minister Fikile Mbalula released the accident report, which found that the driver of the truck had been reckless and was likely the cause of the crash. The man, Sibusiso Siyaya was arrested, following the collision and faces 20 charges of culpable homicide.

The families of the Pongola crash victims say they welcome the accident report and that the community has been concerned about the impact of trucks in the area for a long time.

Dumisani Kunene and Jabulani Nsango are among those who tragically lost family members in the horrific crash.

“What is painful is that some say they had been noticing that people would die due to trucks in the area. But we cannot say anything now. What has happened, has happened. We hope that this is the last time to see such an accident. The minister also comforted (us) as they work together with Sanral to decrease road accidents in the area. We hope that it will produce positive results,” they are quoted as having told SABC News.

Mbalula has condemned Siyaya’s actions, including the fact that he used the vehicle to transport people, which is illegal.

“The driver recklessly overtook vehicles and drove on an oncoming lane for approximately 1,2 kilometres. These vehicles had to swerve out of the way of the approaching truck. The driver never made any attempt to return to his correct lane, but continued driving facing oncoming traffic. The report concludes that driver error is the major contributing factor to the root cause of the crash”

Orlando Pirates vs Sundowns: Brazilians go for the jugular

Joburg mayor urges communities to use gas for cooking

SIX major changes for WhatsApp that you need to know about

Expropriation Bill will lead to an exodus of capital

Orlando Pirates vs Mamelodi Sundowns: How to LIVE STREAM!

While Saturday’s final one-hour practice session started on time, heavy rainfall in the streets of Singapore meant the pitlane remained closed for the first half. When the pitlane finally opened at 18:30 local time just 30 minutes of practice remained to sample the wet conditions. AlphaTauri’s Pierre Gasly was the ...

Orlando Pirates welcome arch rivals Mamelodi Sundowns to the Orlando Stadium for the first leg of their MTN8 semi-final clash! The Buccaneers booked their spot in the semi-finals after defeating Royal AM in the last eight. ALSO READ | Andile Mpisane hits back at Kaizer Chiefs fans! Mamelodi Sundowns on ...

The best bars in South Africa are in Cape Town – FACT

The best bars in South Africa are in Cape Town – FACT The list of the world’s 50 best bars for 2022 will be revealed at an awards ceremony in Barcelona, Spain on Tuesday, 4 October. MUST READ | THESE 32 HOSPITALS ARE EXEMPT FROM LOAD SHEDDING First published ...


View more: The best bars in South Africa are in Cape Town – FACT

Public protector finds department of defence’s procurement of unregistered Cuban Covid-19 drug was ‘improper’ The office of the public protector has found the department of defence’s procurement of an unregistered Covid-19 drug worth R35m from Cuba constituted improper conduct and maladministration. “The conduct of the DOD in procuring the ...

Erling Haaland, Man City Erling Haaland insists he is confident of enjoying a “fun afternoon” as he prepares to take part in his first Manchester derby against Manchester United at the Etihad on Sunday. The Norway striker has made a blistering start to life with Pep Guardiola’s side, blasting ...

Eskom debt | Tshwane says it's making daily payments JOHANNESBURG – The City of Tshwane is calling out embattled power utility Eskom over allegations of not paying its debt. It comes after Eskom accused the metro of failing to pay an amount of R1.6-billion. Tshwane says it has paid almost ...

Premier League fixtures: The EPL is back in action and there are some huge matches on Saturday 1 October 2022. A North London derby kicks us off for the day with the lunctime start for Arsenal vs Tottenham. There will be another London derby later in the afternoon when Chelsea ...

Meet the new Eskom board members

Neo Maema on Orlando Pirates MTN8 clash: ‘We are used to big matches’

Kaizer Chiefs LOWEST-paid player REVEALED – this is what he earns!

DA must shoulder the blame for losing control of Jhb metro, says ActionSA

Ready to rumble! Everything to know about Cassper vs Priddy Ugly

On This Day in South Africa: What happened on 01 October?

Football around the world: What to watch and when to watch it

Public Protector: Progress being made in Phala Phala probe

Who is Trevor Noah’s ‘girlfriend’? 5 things to know about Dua Lipa

Daniel Ricciardo ‘at peace’ with 2023 options, but may ‘start foaming at the mouth’

Pirates vs Sundowns: Everything you need to know

BBC calls on Eskom board to fire De Ruyter