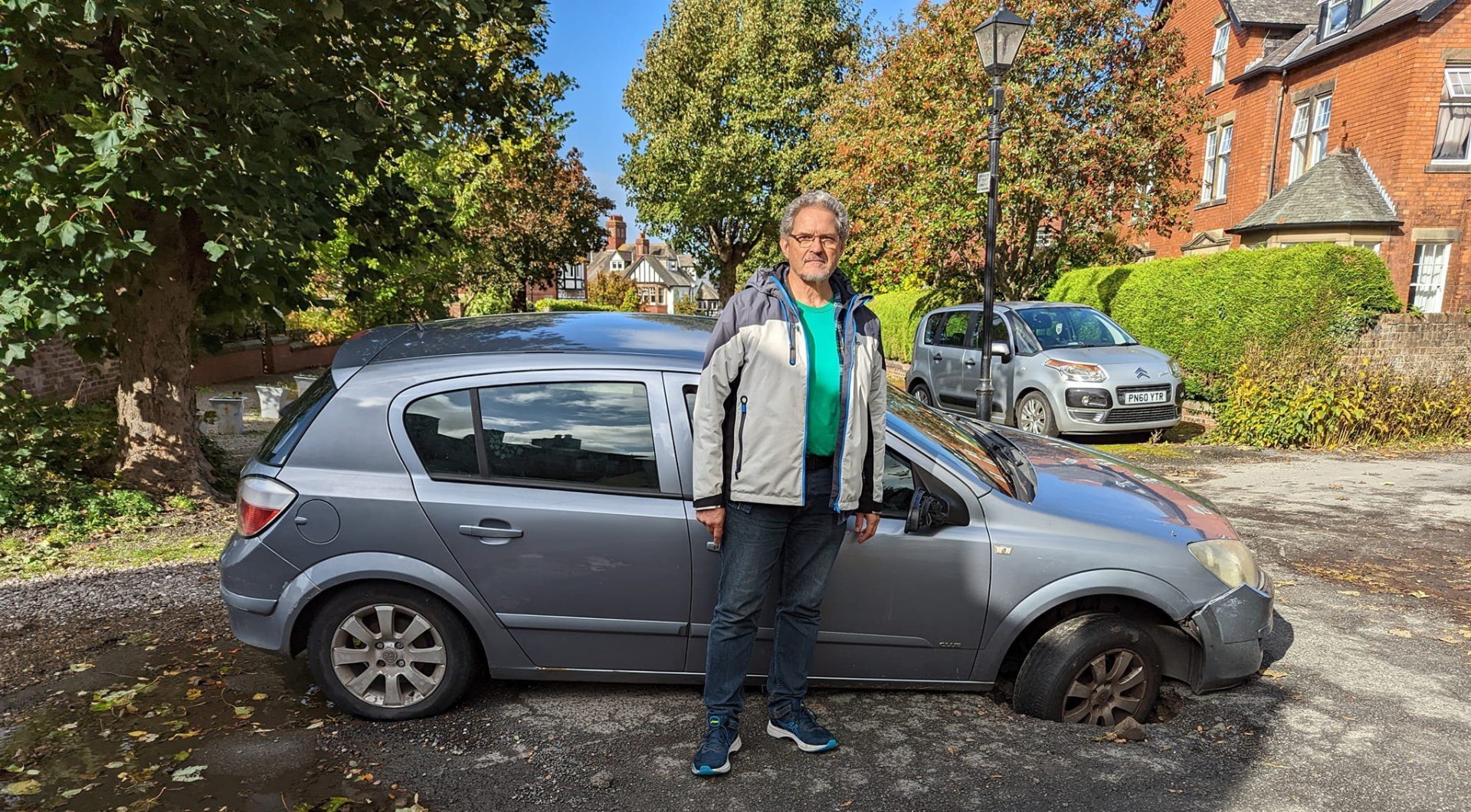 Potholes are a nuisance for drivers across the country.

They come in all shapes and sizes and are the bane of many a local council’s existence.

One ‘monster’ pothole in Carlisle, Cumbria, has now become such a problem a man’s car actually got stuck in it.

Liberal Democrat councillor Brian Wernham was called to the scene after a local got his car completely wedged in the hole.

Locals in the area have been trying to raise the issue with police but, because it is an unadopted road, they haven’t had any luck.

But Brian said the road really does need attention due to the fact it’s a public highway.

He told the News & Star: ‘I found the police and arranged for them to come and put some safety signs up to ensure that nobody drove into it, or even worse, a pedestrian could walk into it dark and unlit at night.

‘Cumbria County Council has said that they will come down and put some signage up as well and tell the owner of the road so he can be identified, and repairs can be carried out.’

Barriers have now been put up around the pothole by workers from Cumbria County Council and United Utilities have vowed to repair the road.

Elsewhere, it’s not just cars which have been affected by potholes recently.

A mum was left bruised with two broken ankles after falling into a pothole. 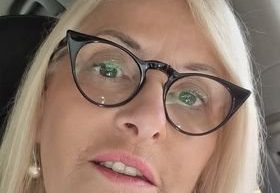 Susan Kollatos, 68, was walking through Manchester’s Northern Quarter in August when she suddenly fell through a pothole.

She described how the incident ‘shook her up’ and how she was left with ‘two black knees’.

According to research by Manchester-based personal injury specialists JMW Solicitors, there are 2,356 potholes littering the roads of Manchester.

Get in touch with our news team by emailing us at webnews@metro.co.uk.

For more stories like this, check our news page.

Get your need-to-know latest news, feel-good stories, analysis and more by signing up to Metro’s News Updates newsletter

✕ Close Fifa World Cup: Results and reaction from day eigh South Korea and Ghana meet in Group H of the World Cup 2022 in Qatar today. Each side is seeking a first win at this unique winter edition of the tournament, with South Korea having held Uruguay to ...

'How am I only just learning this?' Tesco hack to use trolley without £1 coin causes awe