The Duke and Duchess of Sussex touched down in New York ahead of tonight’s Robert F. Kennedy Foundation ceremony, where tickets sold for up to $1 million (£847,000).

It is the first time the couple has been seen since dropping the bombshell trailer for their upcoming Netflix documentary, the first part of which airs on Thursday.

Critics have hit out at the Sussex’s acceptance of the award, claiming it is a pointed dig at the Royal Family.

Kerry Kennedy’s decision to honour the couple also split her own family in a fight billed as “a battle of the philanthropic galas.”

The daughter of Robert F. Kennedy insisted the Sussexes receive recognition for their “heroic stand” against “structural racism within the institution” of the monarchy.

“They went to the oldest institution in UK history and told them what they were doing wrong, that they couldn’t have structural racism within the institution, that they could not maintain a misunderstanding about mental health,” Kerry said.

Yet her brother Robert F Kennedy Jr said he was “bewildered” and “baffled” by Harry and Meghan winning the prestigious human rights award from his family’s charity.

Meanwhile, Professor David Nasaw, Pulitzer finalist and author of The Patriarch, about Bobby Kennedy’s father Joseph, declared the award to the Sussexes as “between sublimely ridiculous and blatantly ludicrous”. 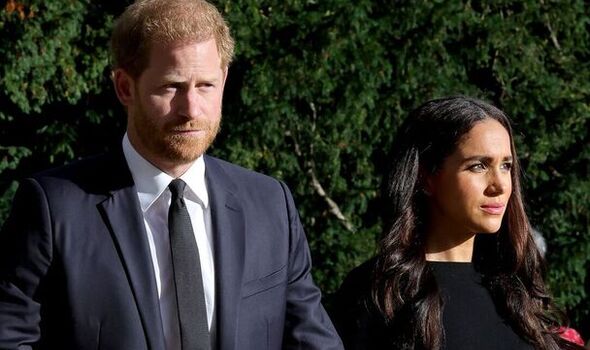 The Sussex’s arrival in New York came just days after Prince William and Kate, both 40, left the US after flying in to give out awards last week.

They joined President John F. Kennedy’s grandson, Jack Schlossberg, to hand over the Earthshot Prize, founded by William and The Royal Foundation in 2020, and described as “the world’s most prestigious and ambitious environmental prize”.

Back in the UK, they now join the rest of the royal family in bracing themselves again for Harry and Meghan’s latest attack on The Firm through the Netflix documentary.

Tonight it was announced the Windsors are to show a united front on the day the final episodes air next week.

Seniors royal will come together at the Princess of Wales’s carol concert on December 15.

The King, Queen Consort, Prince of Wales, Kate and other family members will be out in force in public to support the princess’s Together At Christmas festive celebration at Westminster Abbey.

The royals are bracing themselves for further bombshells when Harry and Meghan’s six-part docuseries premieres tomorrow with the first three episodes, with the last three coinciding with Kate’s Christmas service next week.

In a trailer released on Monday, Harry spoke of a “dirty game” where there is “leaking” and “planting of stories” and “a hierarchy of the family”.

But the teaser appeared to use footage of the press filming events unrelated to the couple to depict them being hounded by paparazzi.

Kate’s carol concert, supported by The Royal Foundation, is dedicated to the late Queen, who died three months ago, but comes at a time of continued turmoil for the Windsors.

Kensington Palace said: “This year’s carol service is dedicated to Her Majesty Queen Elizabeth II and the values Her Majesty demonstrated throughout her life, including duty, empathy, faith, service, kindness, compassion and support for others.

“These principles are shared and personified by the inspirational guests who have been invited to the Abbey in recognition of their tireless work to help and care for those around them.”

It will also “recognise the selfless efforts of individuals, families and communities across the UK, and celebrate and showcase the joy that human connection and togetherness can bring”.

Those performing include Craig David, Alexis French and Samantha Barks, as well as Alfie Boe and former Spice Girl Melanie C, who will sing a duet. 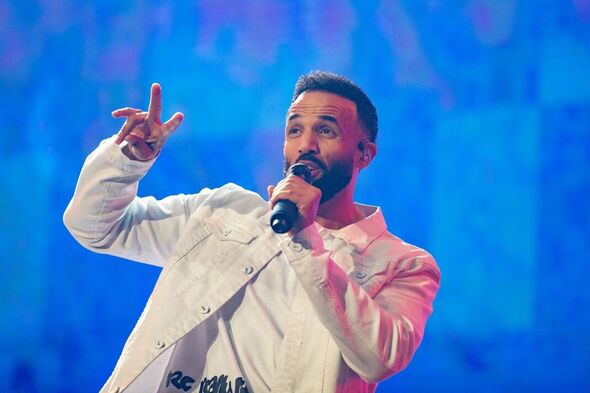 Craig David performing at the MOBOs

“Poignant readings” will be delivered by speakers including heir to the throne William, Dame Kristin Scott Thomas, Hugh Bonneville and Kadeena Cox, the Palace said.

The service will be broadcast on ITV1 on Christmas Eve as part of a Royal Carols: Together At Christmas programme, narrated by Catherine Zeta-Jones and featuring an introduction by Kate and tributes to Queen Elizabeth II.

It is not known how Harry and Meghan plan to spend Christmas.

Ever since moving to north America in late 2019 and stepping down as senior royals, Harry, 38, and Meghan, 41, have frequently spoken about the dangers of climate change.

Harry has previously characterised climate change as one of the “most pressing issues” facing humanity.

He also told Oprah Winfrey during last year’s bombshell interview he wanted to face the issue head-on and later committed to offsetting his carbon emissions for all flights he took, the Times reported.

“We need to do better about stopping or allowing the things that are causing so much harm to so many of us at the source rather than being distracted by the symptom,” Harry told Winfrey.

Yet he and Meghan have been repeatedly slammed for their constant use of private jets.

Before yesterday’s flight, they were blasted by critics for returning from the Queen’s four-day Platinum Jubilee celebration in a pollution-spewing private jet fit.

The Duke and Duchess of Sussex, who the June celebrations before their finale, flew back to California on a Bombardier Global 6000 – an “ultra-long-range” jet that can soar 6,000 miles without refuelling.

The aircraft also features a “private stateroom” and can carry up to 13 passengers.

According to a chartered flight provider, the couple’s 5,500-mile trip from Farnborough, England, to Santa Barbara is estimated to have emitted nearly 60 tons of carbon dioxide into the atmosphere.

Under the terms of the Paris Agreement, which seeks to keep global warming well below two degrees Celsius, a person’s annual carbon budget should be limited to 2.1 tons per year.

Prince Harry and Markle surpassed that mark by nearly 15 times in that single flight.