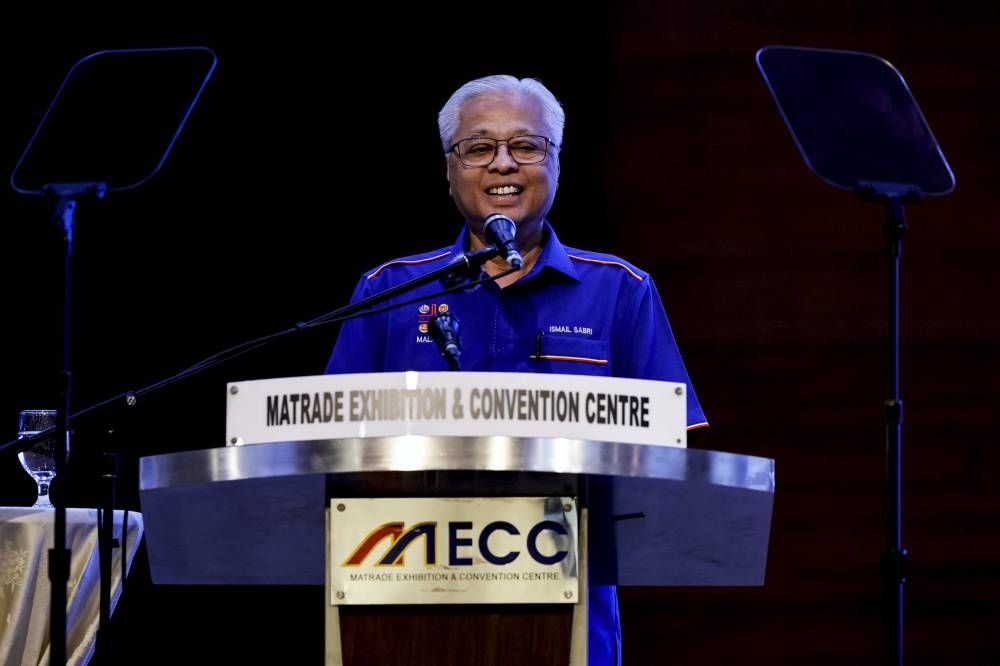 Ismail Sabri delivering his speech to a members of the National Union of the Teaching Profession (NUTP) during a special assembly held at the MATRADE Exhibition and Convention Centre today. Photo: BERNAMA

Ismail Sabri declined to elaborate when asked whether specific dates had been suggested for the dissolution to pave the way for the 15th general election (GE15).

The Umno vice-president, however, did not rule out the possibility of GE15 being held this year as stated by Umno secretary-general Datuk Seri Ahmad Maslan in a statement issued after last night’s supreme council meeting.

“Wait first (on dissolution date). Datuk Seri Ahmad Maslan issued a statement yesterday, so we stick to the statement from the secretary-general. We made that decision at the supreme council meeting yesterday; he is our only spokesman,” the prime minister told reporters today.

He was met after attending a special assembly with members of the National Union of the Teaching Profession here.

Ahmad Maslan, in a press conference after the meeting, said the supreme council wants Parliament to be dissolved soon to enable GE15 to be held this year.

Ismail Sabri said calls for snap polls were nothing new.

“We want to return to the people for a mandate (to lead the government),” he added.

To a question, Ismail Sabri said he was not setting any conditions before agreeing to call for GE15.

“In Umno we have the Top 5, (and) the political bureau. No one sets any conditions. If we want to have an election and have a strong basis to hold it early with common agreement, we will do it. As for the date, just wait for an announcement,” he said. – BERNAMA