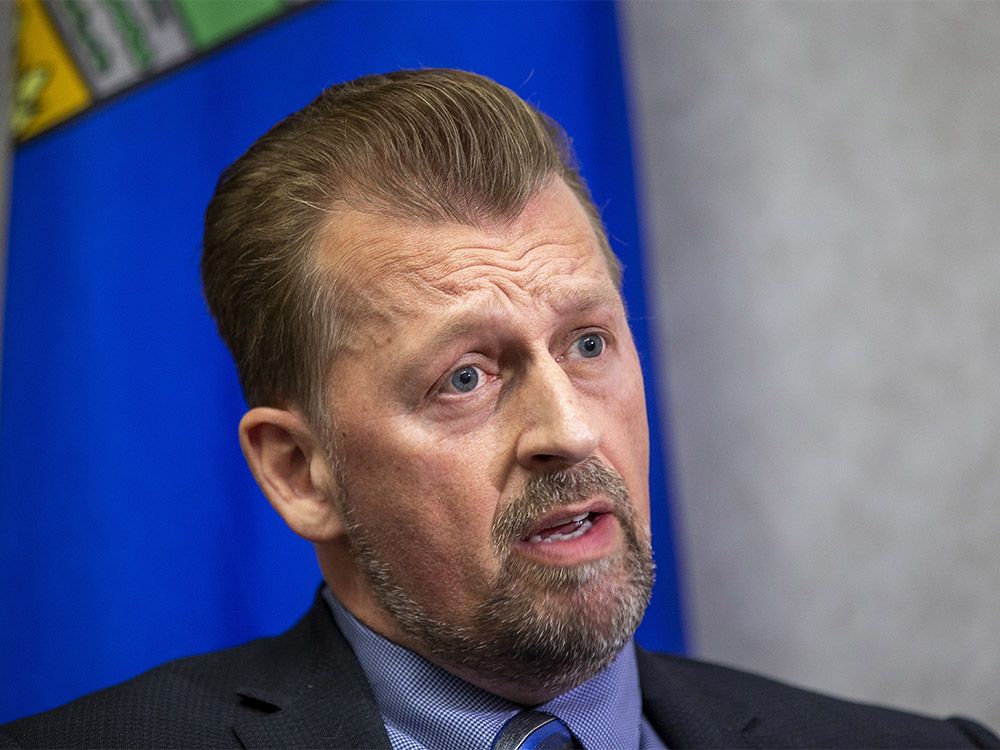 Alberta Health said 92 Albertans died from opioid overdoses in July , down 47 per cent from the peak number of fatalities — 174 — recorded in November of last year.

That number has continued to drop almost every month since February, when 168 people in the province died from opioid overdoses, the vast majority of those involving fentanyl.

In Calgary, the fatal toll fell from a high of 62 reached last February to 29 in July.

Opioid-related EMS calls also fell by 39 per cent last July from the same month in 2021.

While fatalities remain a concern, that downward trend is a cause for optimism and a sign the province’s strategy in attacking the epidemic is working and needs to be pressed forward, said Mike Ellis, associate minister of mental health and addictions.

“Now is the time to redouble our efforts to make it as easy as possible for Albertans to pursue recovery from addiction,” he said in a statement.

“We will continue working tirelessly to address the addiction crisis, reduce deaths even further, and make treatment and recovery as accessible as possible.”

A physician who works with vulnerable populations in Calgary noted the fatality numbers are almost down to pre-pandemic levels and reflect the receding COVID-19 reality.

During the pandemic with its more restricted borders, it was harder to smuggle in, leading traffickers to sell dangerously adulterated drugs, said Dr. Monty Ghosh.

“The toxic drug supply now is probably not as bad as it was before,” he said.

Drug users are now less dangerously isolated and improved access to agonist, or drug replacement treatment has also helped, as have other government programs, said Ghosh. 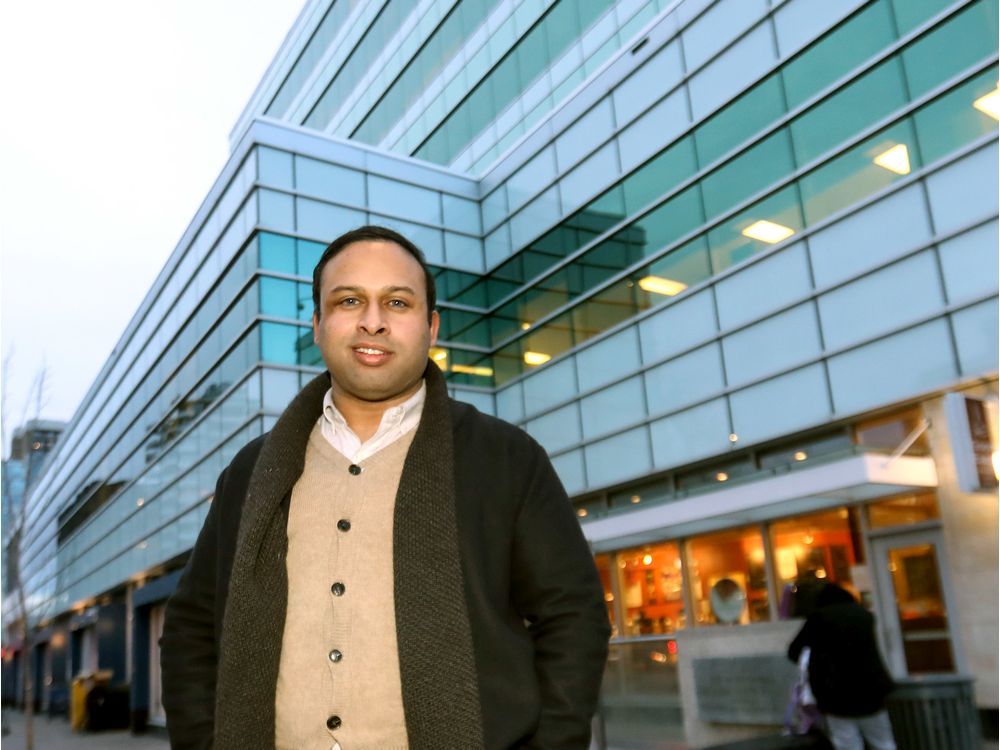 But on the same day, Ellis also expressed dismay that another Calgary homeless shelter — this time the Alpha House Society — appeared to be delaying establishing an alternative supervised consumption site there.

“Today I became aware Alpha House has decided to put their plans to open an overdose prevention site at their Calgary shelter on hold … this decision was made without the input of Alberta’s government,” Ellis tweeted Thursday.

That tweet was deleted later in the day after it was determined there’d been a miscommunication, said a spokesman for Ellis’s office.

The proposal is still moving ahead, said Ellis’s office.

Earlier this month, a proposal to relocate the Safeworks site at the Sheldon M. Chumir Health Centre to the Calgary Drop-In Centre in the East Village was cancelled following a lack of support from residents who said they’d welcome some programs but wanted overdose prevention spread around the city.

A spokeswoman for the Alpha House Society didn’t return calls for comment Thursday but on Sept. 9, a society representative said they’d be consulting with the community about the proposal.

“We look forward to ongoing discussions about this topic as we consider the real and pressing need for these services amidst the drug crisis in our province and how, as a city, we can create safe and inclusive communities for everyone,” Shaundra Bruvall said in an email.

That effort follows an announcement last year that the facility at the Sheldon M. Chumir Health Centre in the city’s Beltline would close. It remains open for now.

In making that decision, the province was responding to complaints of social disorder related to the Safeworks site at the Sheldon Chumir.

In the meantime, the provincial government said the receding number of opioid deaths in the province was a result of its multi-pronged approach to combating the opioid crisis.

Its establishment of 8,000 treatment and detox beds , a digital overdose response system and the introduction of the treatment drug Sublocade have helped turn the tide, they said.

“The Alberta model is community-based and focused on increasing access to a co-ordinated network of services, including prevention, early intervention, harm reduction, treatment and recovery supports,” Ellis’s ministry said in a statement.

But critics of the government’s approach have said officials should be more open to providing a safer supply of drugs — as is the case in B.C. — and have dragged their feet on harm reduction embodied in supervised consumption sites.

Ghosh said a recent study in Ontario showing the merits of safe supply in lowering hospital and emergency room admissions shows the policy could hold promise.

“There could be benefits from a safe supply but it’s still not risk-free — there’s the possibility it could get sold, redistributed and inappropriately used,” he said.

And Ghosh, who’s worked on the opioid crisis at the Drop-In Centre, said it’s important there be safe consumption sites both there and at the Alpha House and that the neighbouring community buys into it.

— With files from Dylan Short

Toronto lawyer wins the day for dog ousted by condo board

PSA: Amazon Quietly Discounted Patio Furniture Covers Right When You Need Them — Up to 71% Off

SalamAir Signs Letter Of Intent For The Embraer E195-E2

Lululemon settles lawsuit with Peloton over allegations of 'copycat' clothing

Anderson Cooper's Son Wyatt, 2, Is 'Really Into' Going to School: 'It's So Cute'

TAMPA, FLORIDA – SEPTEMBER 09: Owner Jerry Jones of the Dallas Cowboys looks on before the game against the Tampa Bay Buccaneers at Raymond James Stadium on September 09, 2021 in Tampa, Florida. (Photo by Julio Aguilar/Getty Images) Pass rusher Randy Gregory has been a big part of the ...

Richard Sherman The injury suffered by Miami Dolphins quarterback Tua Tagovailoa on Thursday night during the game against the Cincinnati Bengals created a frenzy of reactions about whether or not he should have been on the field and if the franchise and NFL are doing enough to protect players. ...

How to respond when municipal council wannabes come knocking

Municipal election campaign signs are shown in downtown Windsor on Tuesday, September 13, 2022. They knock on your door every election season — well, at least the most serious and ambitious among them make that effort. They all come packing promises, included wonderful and/or sensible ideas on how best ...

The killing of a Georgia woman whose body was found burned in a ravine was “personal and targeted”, police say. Deborah Collier’s remains were found on 11 September in a wooded area on the side of a state road in Clarkesville. The 59-year-old woman had been reported missing the day ...

Homeowner George MacDonald describes the moment when several trees landed on his home in Glace Bay, Nova Scotia on Sunday September 25, 2022. A day after post-tropical storm Fiona left a trail of destruction through Atlantic Canada and eastern Quebec, residents of a coastal town in western Newfoundland continued ...

A sign in the Georgia Straight offices at 1635 West Broadway in Vancouver on Jan. 6, 2020. Longtime employees of Vancouver weekly publication The Georgia Strait, including editor-in-chief Charlie Smith, have been laid off. Smith, senior editor Martin Dunphy and reporter Carlito Pablito were given the boot days after ...

Dr. Hans Selye, pictured in 1977, described “stress syndrome” as being characterized by three stages. In 2000, Canada issued a set of four stamps honouring “medical innovators.” These included Sir Frederick Banting who pioneered the use of insulin in diabetes, Dr. Maud Abbott, expert in congenital heart disease and ...


View more: The Right Chemistry: Dr. Hans Selye and the 'syndrome of just being sick'

Business openings drop by 50 per cent as possible recession looms

This Vitamin C Serum Is Expensive—But It Actually Works

No injuries after more than 12-hour police standoff at Ont. hospital

Rash of Ligue 1 red cards across France worries players and owners: 'They make mistake after mistake'

Buccaneers, Chiefs will play in Tampa as scheduled

Twitch will charge you $100 to pin your chat message for 2.5 minutes

5 Canadian Influencers You Need to Know

Pedestrian in critical condition after being hit by vehicle in Brampton

U.K. Woman Shows Us How to Easily Transform Corks Into Tiny Ghosts and It's Too Cute

China just boosted bank liquidity by 843%, adding further pressure on the yuan as the currency suffers its weakest year in almost 3 decades

Donald Trump says Mitch McConnell has a 'death wish' and insults his wife, Elaine Chao, after the senator voiced support for the Electoral Count Act reforms

The Republican border policy Democrats don't want to talk about