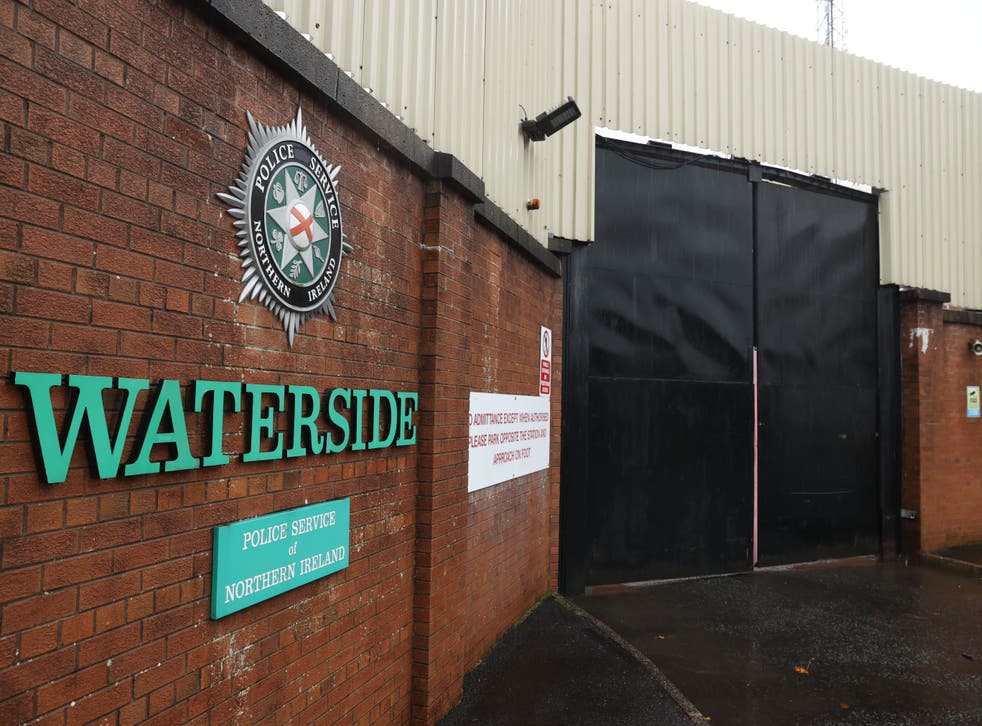 Waterside police station in Londonderry, Northern Ireland where a car containing a suspect device was parked outside the gates (Liam McBurney/PA) (PA Wire)

Detectives in Northern Ireland are investigating a claim that Arm na Poblachta was responsible for a viable bomb being left outside a police station.

The device was left in a hijacked vehicle outside Waterside police station in Londonderry on the evening of Sunday, November 20.

During the incident a delivery driver was hijacked by three masked men and made to drive his car to the station, where it was abandoned.

It sparked a major security alert which led to some children not being able to get to school on Monday, November 21.

We are keeping an open mind and the investigation continues

Police initially said the suspicious object left in the car was an elaborate hoax but later confirmed that it was a viable explosive device.

Detective Chief Inspector Logue said: “Detectives from the Terrorism Investigation Unit are investigating a claim of responsibility that Arm na Poblachta (ANP) was responsible for a vehicle hijacking and subsequent security alert in the Waterside area of Derry/Londonderry on Sunday November 20.

“We are keeping an open mind and the investigation continues.”

The security attack was widely condemned by politicians in Northern Ireland.

The incident came just days after police said they believed the New IRA could be responsible for an incident in which two officers escaped injury when their car was targeted in a bomb attack in Strabane, Co Tyrone.

Anyone with information about the incident in Londonderry is asked to contact police on 101.