Felix Sanchez insists Qatar will deliver an improved display against SenegalThe World Cup hosts face a group stage exit after losing their opening matchSanchez claimed his Qatar side suffered emotionally in the 2-0 loss to EcuadorHome fans were seen leaving the ground at half-time of the World Cup openerClick here for the latest World Cup 2022 news, fixtures, live action and results

Qatar want to prove they can compete at the highest level when they face Senegal, coach Felix Sanchez said on the eve of a clash that may thwart their World Cup hopes.

The Asian champions hope to avoid becoming the fourth hosts eliminated in the first round at the finals after Switzerland, Chile and South Africa in 1954, 1962 and 2010 respectively.

Qatar lost 2-0 to Ecuador in the opening game of the tournament after a disappointing performance, causing many fans to leave the stadium 20 minutes before the end. 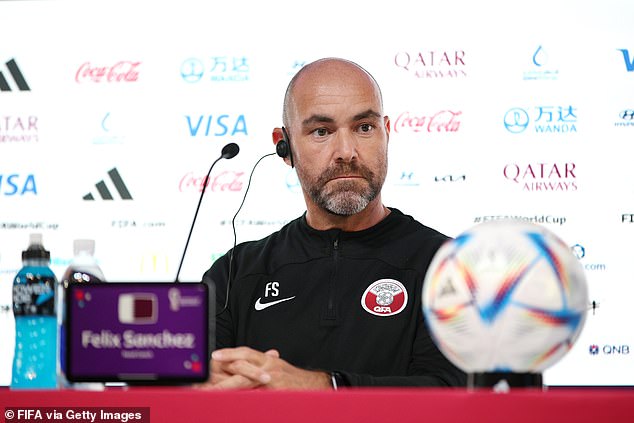 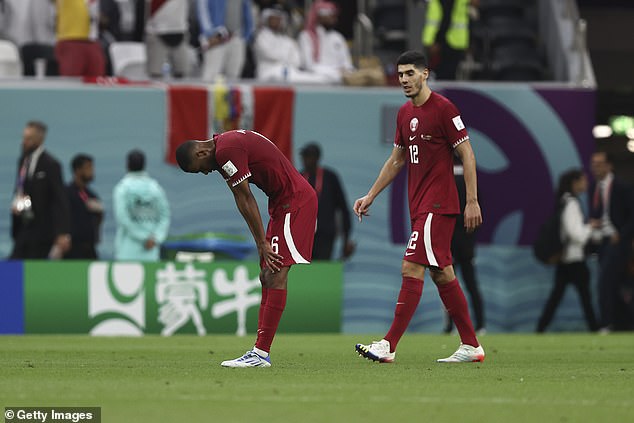 ‘Hopefully we can play freely and without pressure and be better than what happened in the first game, this team have a point to prove,’ Sanchez told a news conference.

‘Matches are controlled by many factors, but the most important thing is to give our best, in the World Cup if you don’t give your best you will be punished.’

The Spanish coach indicated that he did not expect another disappointing performance like that against Ecuador and wanted the team to play with their usual personality and do more.

‘Emotionally, things were very difficult and dealing with the World Cup is completely different. I hope that the performance will be as competitive against Senegal,’ he added.

Sanchez said the team have distanced themselves from outside criticism and they players are focused on giving their best.

‘We did not provide the joy to the fans, but we tried to avoid a negative vibe in the past days,’ he said. 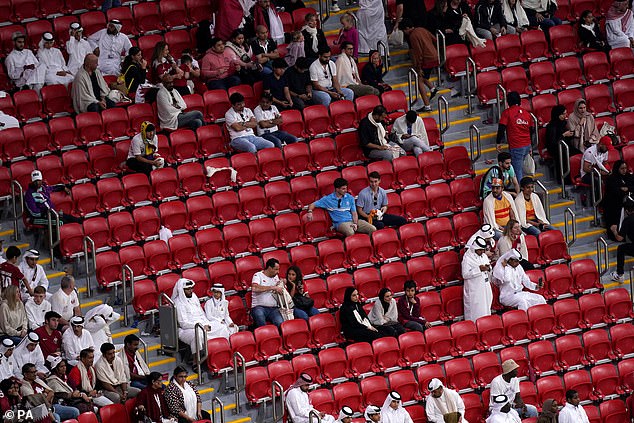 Sanchez does not believe that an early exit from the World Cup means the end of the Qatari project in terms of football.

‘We are a small country, the smallest to host the World Cup. We prepared ourselves for the possibility of an early exit, but this does not mean the end of the project.

‘I am confident that Qatar will continue their project to maintain a strong team, compete and qualify for the upcoming tournaments,’ he added.

The results of the Arab teams at the World Cup aroused the jealousy of Qatar’s players, said midfielder Ismail Mohamed. 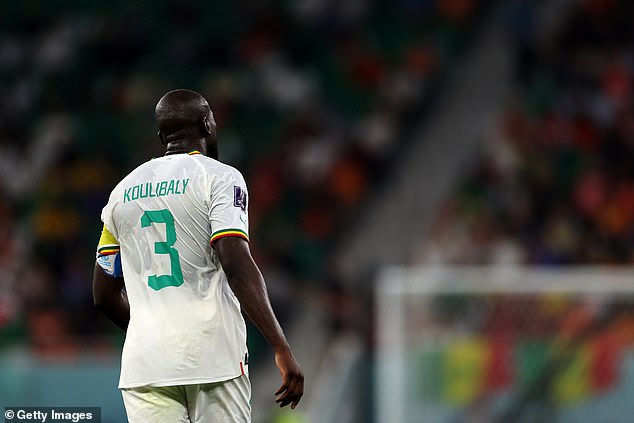 Saudi Arabia stunned the world as they came back from a goal down to beat Argentina, while Tunisia and Morocco snatched goalless draws against Denmark and Croatia respectively.

‘Certainly, the results of the Arab teams made us jealous and (want to) give our best, regardless of what happens off the field,’ Mohamed said.

The Netherlands, who defeated Senegal 2-0, and Ecuador lead Group A with three points before they meet also on Friday.