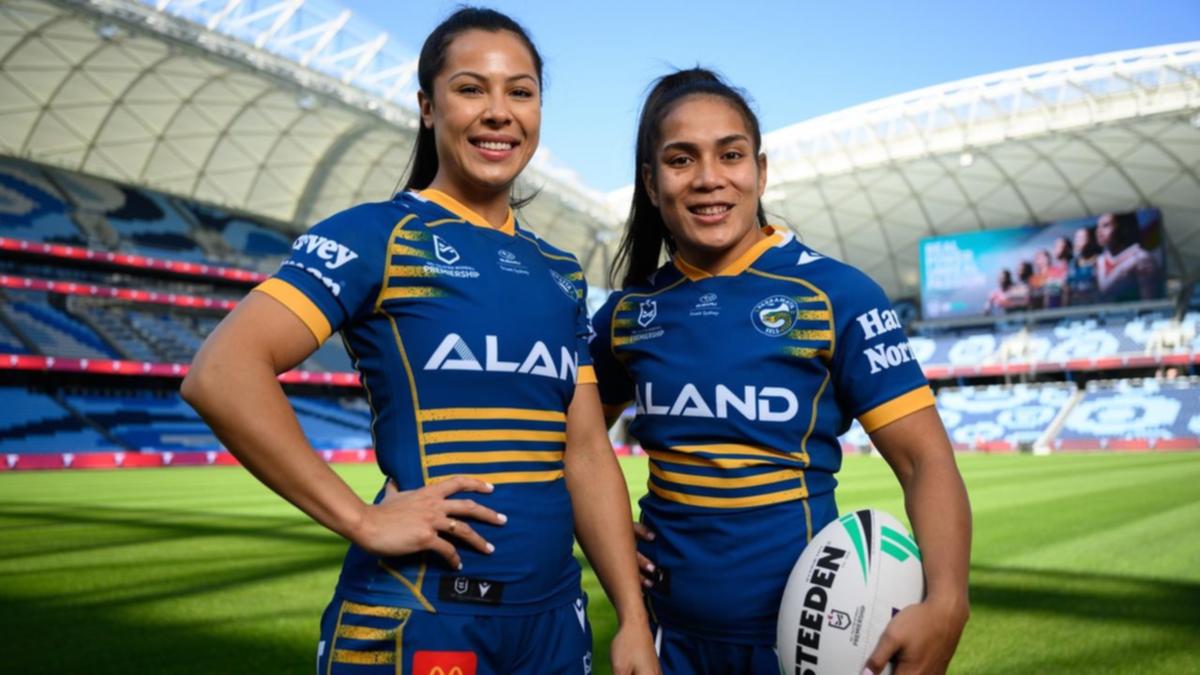 Having been battling a quad injury that's kept her sidelined since round five, the Eels captain had been given every opportunity to be ready for Sunday's clash against Newcastle.

Team lists released 24 hours out from kick-off saw no changes for Parramatta, with Penitani cut as part of the extended bench.

The club had said she would only play if 100 per cent fit, with Abbi Church and Rikeya Horne to partner in the centres.

Newcastle only made one minor tweak to their 17, bringing utility Caitlin Moran onto the bench in place of Makenzie Weale.

Moran made headlines earlier this season for controversial comments on social media that appeared to celebrate Queen Elizabeth II's death.

She was suspended for the final round of the season, but came off the bench in last weekend's semi-final win against St George Illawarra.

Reigning AFL premiers Geelong have locked away young star defender Sam De Koning on a two-year contract extension. De Koning was one of the emerging forces in the Cats' run to this year's flag and was due to come out of contract at the end of the 2023 season. ...

Jofra Archer's one-time bowling mentor claims the English quick would have taken notice of Alzarri Joseph's bouncer barrage at Marnus Labuschagne in Perth. Labuschagne will enter the Adelaide Test off the back of a brilliant series opener against West Indies, with scores of 204 and 104no at Optus Stadium. ...

Huge news for soccer fans in Canada with the announcement of a domestic professional women's league set to kick off in 2025. Vancouver Whitecaps FC and Calgary Foothills Soccer Club are confirmed to be the first two of eight clubs in the league with the remaining six teams expected ...

James Anderson has revealed team-mate Joe Root was “puking up throughout the game” as England secured a remarkable 74-run victory in the final session of day five of the first Test in Rawalpindi. Approximately 13 to 14 members of the travelling group were affected by a viral infection, with ...

Brazilian soccer superstar Pele is showing “progressive improvement” after the 82-year-old was hospitalised last week to re-evaluate his treatment for colon cancer Pele, who is also being treated for a respiratory infection, remained in a regular hospital room with stable vital signs and was conscious, medical staff at Sao ...

Premier League leaders Arsenal have been dealt a serious injury blow with the news forward Gabriel Jesus has undergone knee surgery. The 25-year-old sustained the problem in Brazil's defeat by Cameroon in their final World Cup group game and was not present for their last-16 win over South Korea. ...

Poland's prime minister has backed down from an initial declaration to award bonuses to the national soccer team for its World Cup performance amid high inflation and hardship in the country. It was a sudden reversal by Mateusz Morawiecki, who just hours earlier said he believed the players had ...

It is the English Test revolution that has captivated world cricket but do not expect the Bazball approach to be replicated by Australia any time soon. England's thrilling 74-run win over Pakistan on a lifeless Rawalpindi pitch will go down as the best Test of 2022, with the tourists ...

The Game cricket tipping: $15,000 main prize up for grabs as Early Bird winner is drawn

Proteas have moved on from Capetown: Elgar