More legal woes for R. Kelly, as the convicted sex-offender is once again on trial.

This time, the 55-year-old is facing charges of manipulating the legal process in his 2008 trial over child pornography.

In 2008, the Chicago-born R&B star was accused of filming himself having sex with a 14-year-old girl when he was around 30. The jurors acquitted Kelly on all charges, citing the girl’s lack of testimony as part of the justification.

This week, jurors are being selected for a new trial in Chicago that will re-examine that very case.

In the US, Double Jeopardy rules mean that Kelly cannot be prosecuted for the same crimes that he has previously been acquitted on. But the Chicago federal trial is based on new evidence.

The prosecution are accusing Kelly of threatening and paying off the then-underage girl who was at the centre of the 2008 case. Now, the alleged victim is willing to testify. The woman, now in her 30s, for privacy reasons, will be referred to as ‘Minor 1’ throughout the case.

Minor 1 met Kelly in the late 90s while at junior high-school and was brought along to his recording studio with her aunt, a professional singer.

After the accusations were made in the 2008 case, the jury trial witnessed a recording that alleges the sexual conduct between Kelly and Minor 1.

Federal prosecutors say that Kelly, alongside his associates Derrel McDavid and Milton Brown, threatened Minor 1 and tried to pay her off so she wouldn’t testify in court. All three men deny the charges. 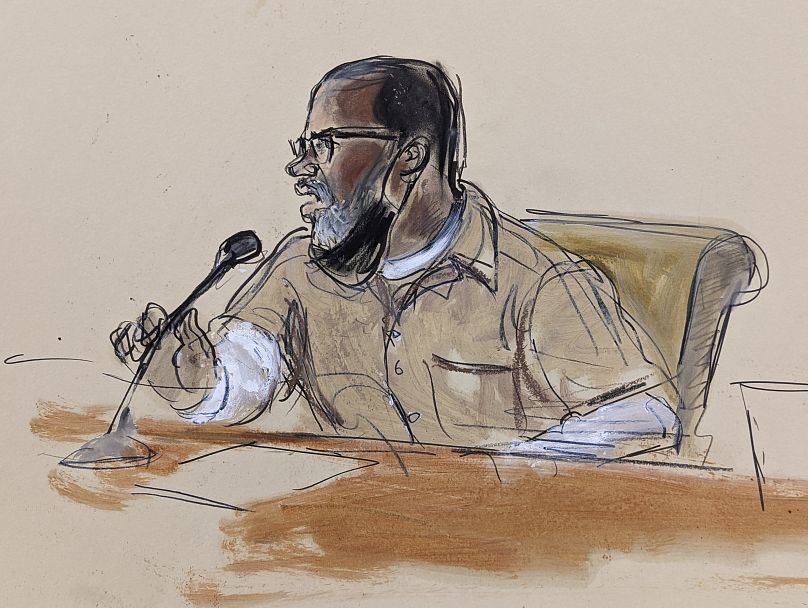 Kelly, born Robert Sylvester Kelly, has already been found guilty of racketeering and sex trafficking by a New York court. He was sentenced this year to 30 years in prison alongside a $100,000 fine.

Many of the people involved in the case felt that their stories had been overlooked at first because they were Black women.

“There wasn’t a day in my life, up until this moment, that I actually believed that the judicial system would come through for Black and brown girls,” one victim said outside the New York City court.

Although Kelly originally faced trial for allegations around his abuse of young girls in 2008, it wasn’t until the #MeToo movement circa 2017 that there was a resurgence in popular interest in his case, alongside the documentary Surviving R. Kelly.

In the New York City trial, many of his accusers alleged they were forced into signing nondisclosure forms and were subjected to threats and punishments such as violent spankings if they broke what one referred to as “Rob’s rules.”

Some said they believed the videotapes he shot of them having sex would be used against them if they exposed what was happening.

In a 2021 court case, Michael Williams was sentenced to eight years in jail for attempting to intimidate a potential witness in Kelly’s sex trafficking trial.

Williams, a former publicist for Kelly, travelled to Florida in 2020 and set fire to a car outside where a witness was staying.

There are also two more cases pending over Kelly. One is a multiple count sex-abuse case out of Cook County Circuit Court in Chicago. The other is a solicitation case in Minnesota. No trial dates are set for either.

Hurricane Fiona has killed at least 16 people in Puerto Rico, authorities said late Saturday. The island is still digging out from the massive storm, which crashed ashore Sept. 18 and left thousands of people without electricity or running water. The death toll could increase as emergency personnel gain access ...

A bus carrying Venezuelan migrants from Marthas Vineyard arrives off of a freight ferry in Woods Hole on Sept. 16. John Tlumacki/The Boston Globe via Getty Images If you’re trying to understand why Democrats are making a comeback in polls despite President Biden’s many failures, look no further than ...

Jimmy Garoppolo has spent the better part of his five-plus seasons with San Francisco somewhat scorned by 49ers fans, many of whom always seem to have been left wanting for more. Even when Garoppolo helped lead the 49ers to the Super Bowl LIV in 2019, he was considered the weak ...


View more: Jimmy Garoppolo has chance to be 49ers’ savior this season