Gov. Greg Abbott is locked in a close matchup with Beto O’Rourke with less than 90 days until election day. 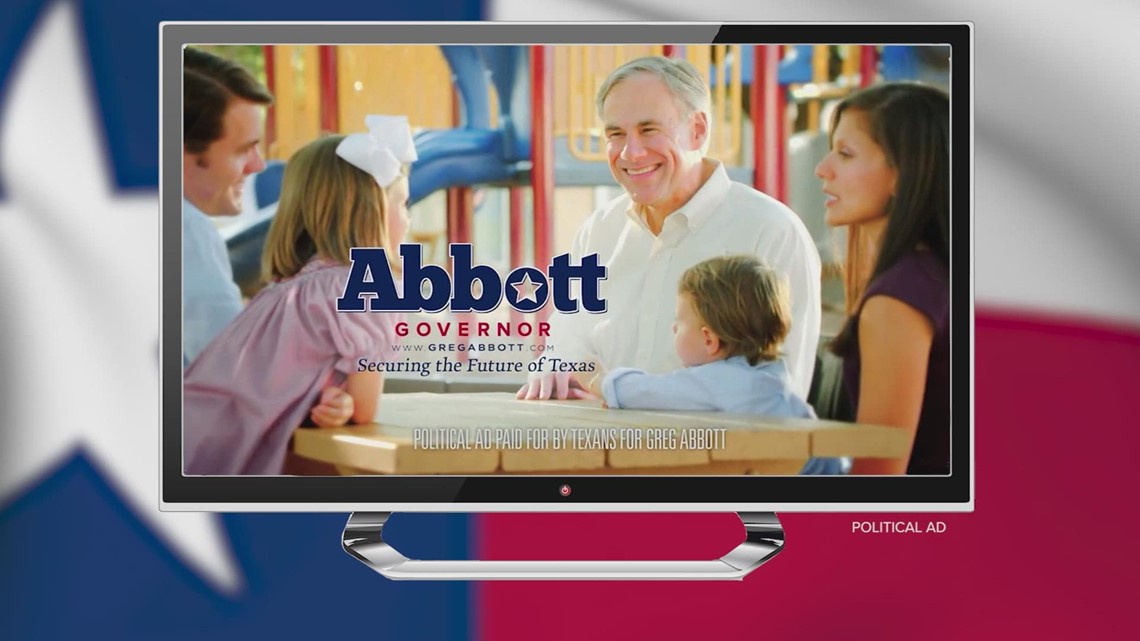 HOUSTON — It’s a highly competitive election year and political ads will soon flood the airwaves and social media to paint differences between candidates.

Gov. Greg Abbott is locked in a close matchup with Beto O’Rourke, the Democratic challenger, and with less than 90 days until election day, the incumbent governor put out his first general election TV ad.

“If you can’t win the air war, it’s going to be really hard to be able to get the votes out that you need,” University of Houston political science professor Brandon Rottinghaus said.

Election season means political ads will inundate TV and social media screens — pair that with a competitive race for governor and it means a lot of money could be spent over the next couple of months.

“Greg Abbott has a huge war chest, he’s got plenty of money to spend, Beto O’Rourke is a bit of a celebrity in national liberal Democratic circles so he will attract a huge amount of money,” SMU associate professor of political science Matthew Wilson said.

Abbott is up first on TV with an ad narrated by his wife, Texas First Lady Cecilia Abbott, talking about their lives through tragedy together –as he tries to rebound in favorability with voters.

“In his particular case, using some of that TV ad money to run positive ads about his own background and accomplishments makes some sense,” Wilson said.

But some ads are going on the offensive against the Republican governor. A political action committee, Mother’s Against Greg Abbott, is back with another viral video.

“You have the ability to be able to reach more people but it may not be the exact way that you want it to,” Rottinghaus said about the potential for outside ads influencing races.

In a back-to-school political ad, Mother’s Against Greg Abbott asked Texans to vote for change amid the Uvalde school shooting and no legislative action since the mass shooter killed 19 kids and two teachers.

“Keep our kids safe for you and me,” is how the ad ends with a young boy dressed in military-style protective gear.

You might see more bugs in your home this fall, and it may not be such a bad thing


View more: Here Are the Bugs and Animals You May See in Your Home This Fall

“Star Trek: Discovery” star Anthony Rapp took the witness stand Friday in his case against Kevin Spacey, testifying about his upbringing in the years before the Oscar-winning actor allegedly climbed on top of him at a New York City party in 1986, when Rapp was 14 and Spacey was 26. ...

Cryptocurrency exchange Binance temporarily suspended its blockchain network after hackers made off with around $570 million worth of its BNB token. Binance said late Thursday a cross-chain bridge linking with its BNB Chain was targeted, enabling hackers to move BNB tokens off the network. So-called cross-chain bridges are tools that allow ...

Kevin O’Leary just weighed in on Elon Musk’s controversial Twitter deal — and he’s siding with the world’s richest person. The “Shark Tank” investor told CNBC’s “Squawk Box” on Thursday that he predicts Musk’s $44 billion offer to acquire Twitter will go through — and that it’ll end up ...

Why Are Chinese EV Stocks NIO, LI, XPEV Down Today?

NYC mayor says it'll cost taxpayers $1 billion to care for the thousands of migrants Texas Gov. Abbott is busing in

Student Loan Forgiveness: Here's the Earliest You Can Apply

Did you get your California inflation relief money? Here’s a breakdown on payments

Golden Joystick Awards 2022: Everything you need to know

Meghan Markle accused Vanity Fair of writing a racist headline when she posed for its cover in 2017, according to a new royal book