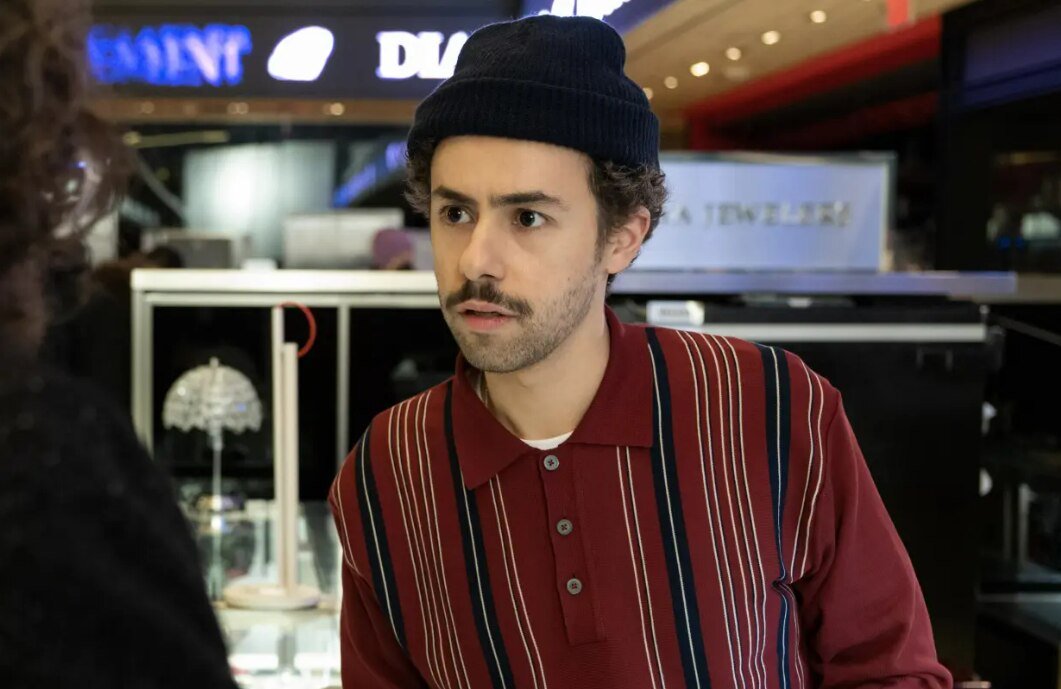 Ramy Youssef in a scene from ‘Harry Potter’, the first episode of the show’s new season. Photo: Hulu

The opening scene in Harry Potter, the hugely impressive first episode of Ramy’s third season, establishes the titular character’s intent to improve as a person after his past shenanigans.

Lest we forget, in the second season finale, Ramy (Ramy Youssef) hooked up with his ex and cousin Amani (Rosaline Elbay) the night before his wedding to Zainab (MaameYaa Boafo). He still went through with his nuptials to Zainab only for Ramy to tell her about his indiscretion almost immediately. Zainab left Ramy, who was then rejected by Amani, too, which meant he finished the season heartbroken and alone.

Harry Potter is set around two years after these events. While it’s quickly clear that Ramy has just about been able to move beyond his life-altering decisions, it’s also apparent that there’s still a fragility and yearning to the character as he seeks to better himself.

Not only is he excelling at work, to such an extent that he’s even looking to branch out from Uncle Naseem’s (Laith Nakli) jewellery business, he’s also become more reflective and contemplative. An unfortunate side effect of this, though, is that it has started to have an adverse impact on his personal life.

As its lead actor, co-creator, co-writer, show runner, executive producer and occasional director, Youssef has always ensured the show consistently stays true to its main theme and message. Harry Potter is no different, as Ramy repeatedly has to contend with his Muslim faith and spiritual journey being in conflict with his life in America.

Ramy is at its best when it’s constantly throwing real-world obstacles into his path. Most of which usually provoke him to make some utterly despicable choices. We once again see his religious pursuits intersecting with his business plans, dating and social interactions, but this time around Ramy’s aim to build a better life for himself briefly results in a more hopeful episode.

If it sounds like Ramy has become a little too serious, don’t worry. What makes the show so original is how it’s always been able to find comedy in these scenarios, while also remaining thought-provoking and powerful.

This is helped by Youssef’s unique ability to remain captivating while also portraying Ramy’s inner turmoil. As a result of Youssef’s acting prowess, Ramy is able to explore complex material in 30-minute episodes, without ever feeling rushed.

When it comes to the show’s performers, it’s not just Youssef who excels. In Harry Potter, it’s Nakli who pops up to deliver the loudest laughs.

But the rest of the supporting cast, in particular Mo Amer, Dave Merheje and Steve Way, are now so comfortable as their characters — with audiences equally connected to them — the laughs practically begin before they’ve even uttered their quips. The humour, as well as the profundity that they bring to their characters and their problems, makes their struggles all the more relatable.

That’s particularly the case in Harry Potter. Sure, Youssef has always had an unerring talent for making Ramy a universal story that’s also authentic to his experiences. But there’s an artistry, emotion, and confidence to its return that feels different to the show’s previous outings.

Which makes it all the more depressing that Youssef recently suggested its next and fourth season could potentially mark Ramy’s conclusion. Especially since, with Harry Potter, it really feels as though Ramy is only just hitting its stride.

In the UAE, season three of ‘Ramy’ is available to watch on OSN+now