The world is full of astonishing stories that often get forgotten or overlooked in history classes. This shows that there are plenty of interesting and random historical facts that you probably never knew of in the first place. 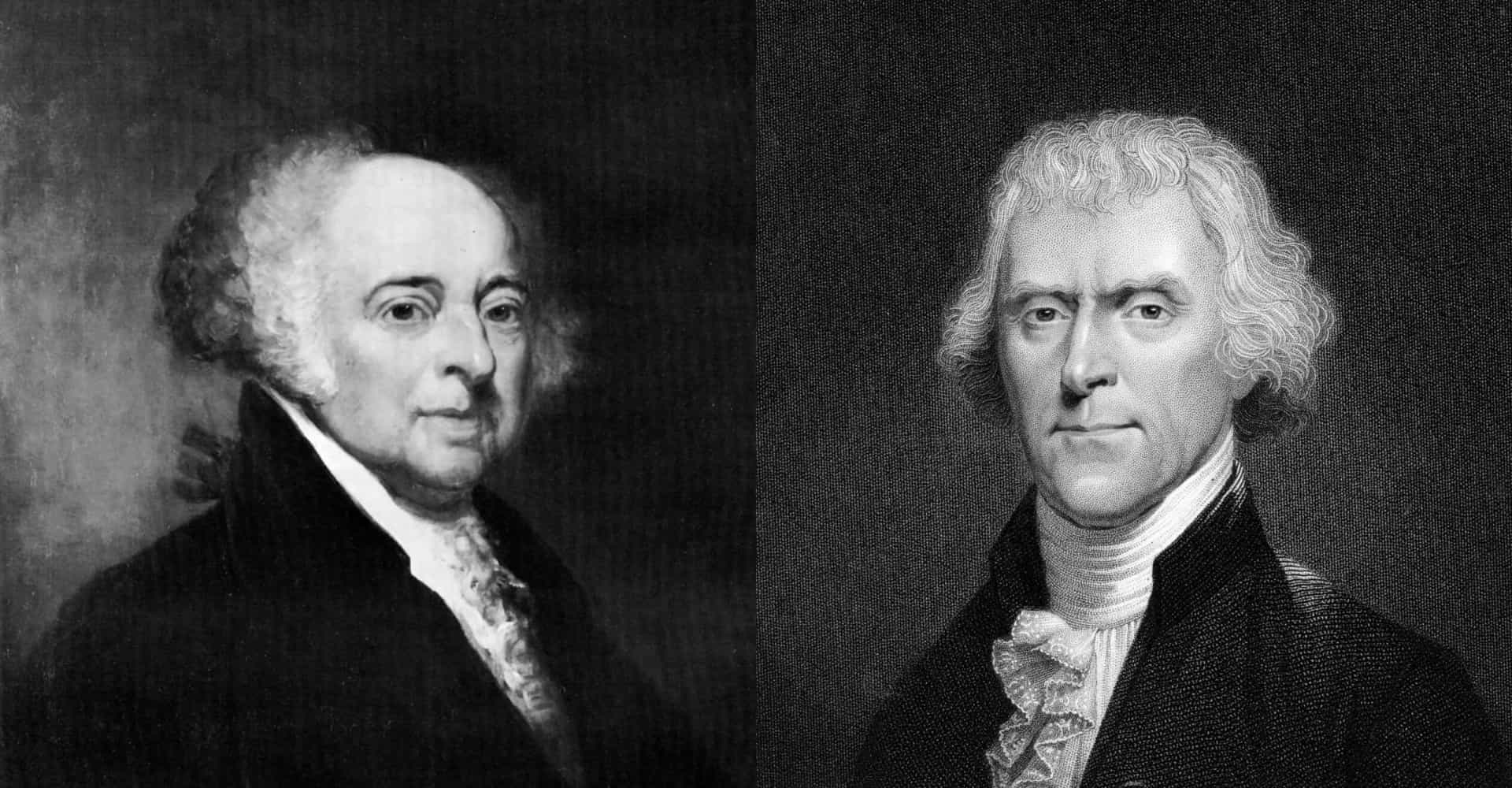 John Adams and Thomas Jefferson died on the same day

Both Founding Fathers and eventual American presidents died on July 4, 1826, four hours apart. This day also marked the 50th anniversary of the adoption of the Declaration of Independence. 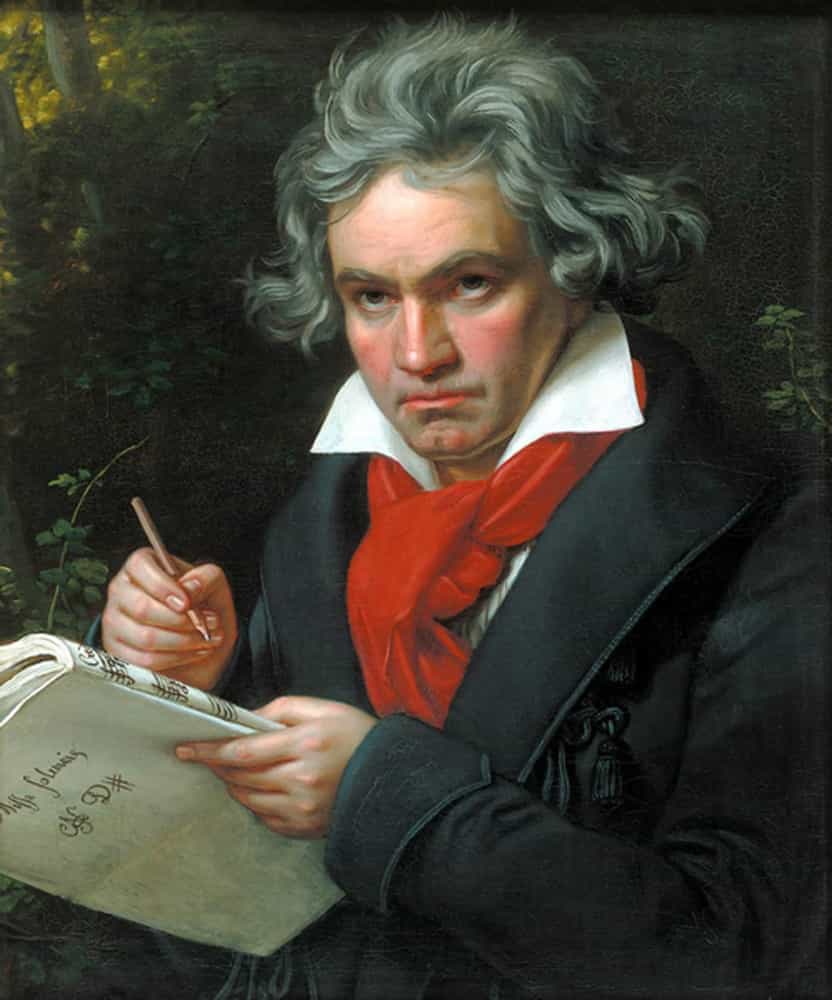 Beethoven used a metal rod to feel the musical vibrations

By the time German composer Ludwig van Beethoven was in his forties, he’d gone completely deaf. And in order to continue with music, he discovered that if he clenched a metal rod between his teeth and attached it to his piano, he could make out faint vibrations. 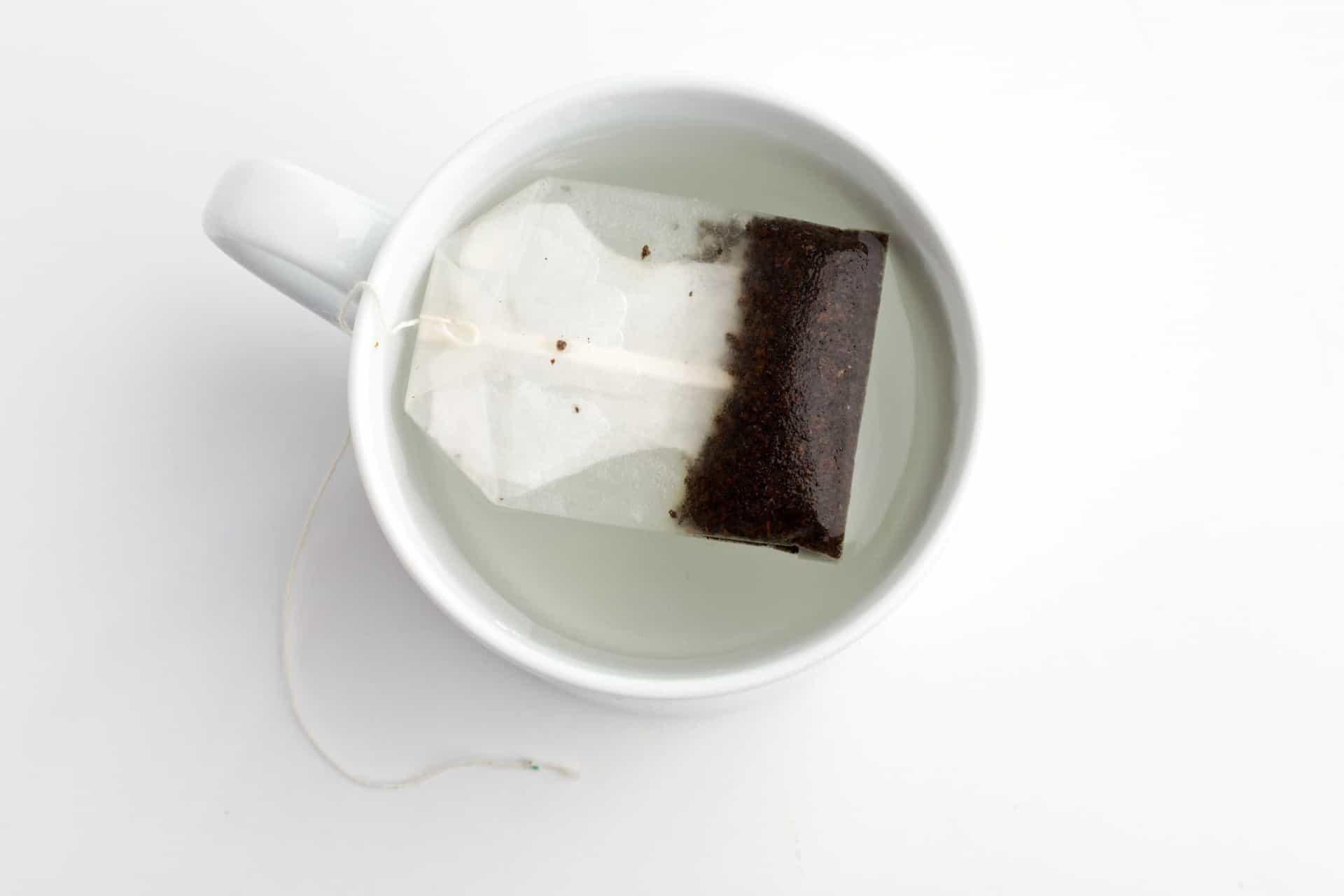 Since 1945, all British tanks have a special spot for tea-making. This way, the soldiers don’t have to leave the tank in order to boil water and thereby diminish the risk of getting caught by the enemy. 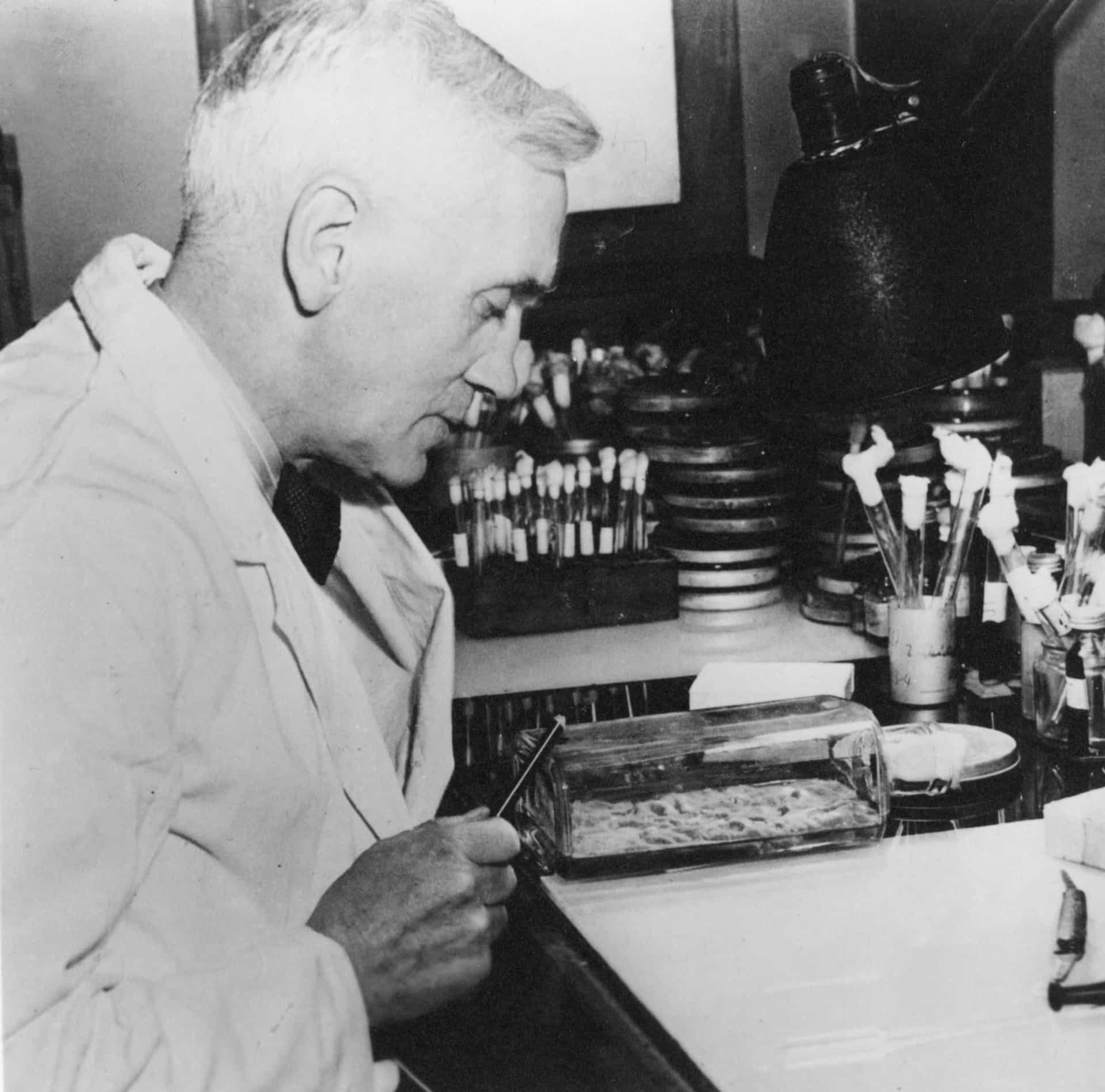 When Scottish biologist Alexander Fleming left for vacation in 1928, he forgot to properly clean one of his Petri dishes. When he came back, he noticed mold on it and figured that it had prevented bacteria from growing. He understood that the mold contained antibacterial properties, thus discovering penicillin. 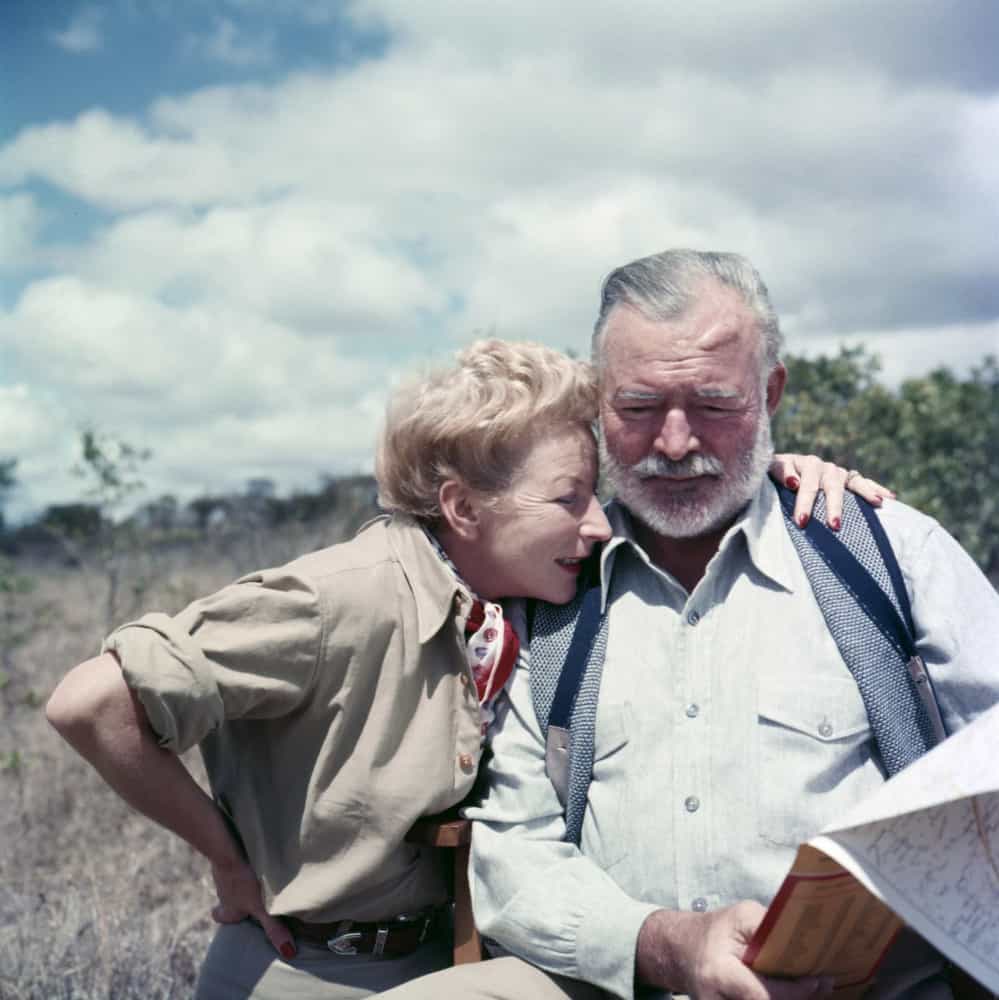 In 1908, Katie Mulcahey was arrested for lighting a cigarette. She had just become the victim of New York’s newest law, a short-lived ordinance that banned only women from having a s m o k e in public. During her hearing she was fined US$5. 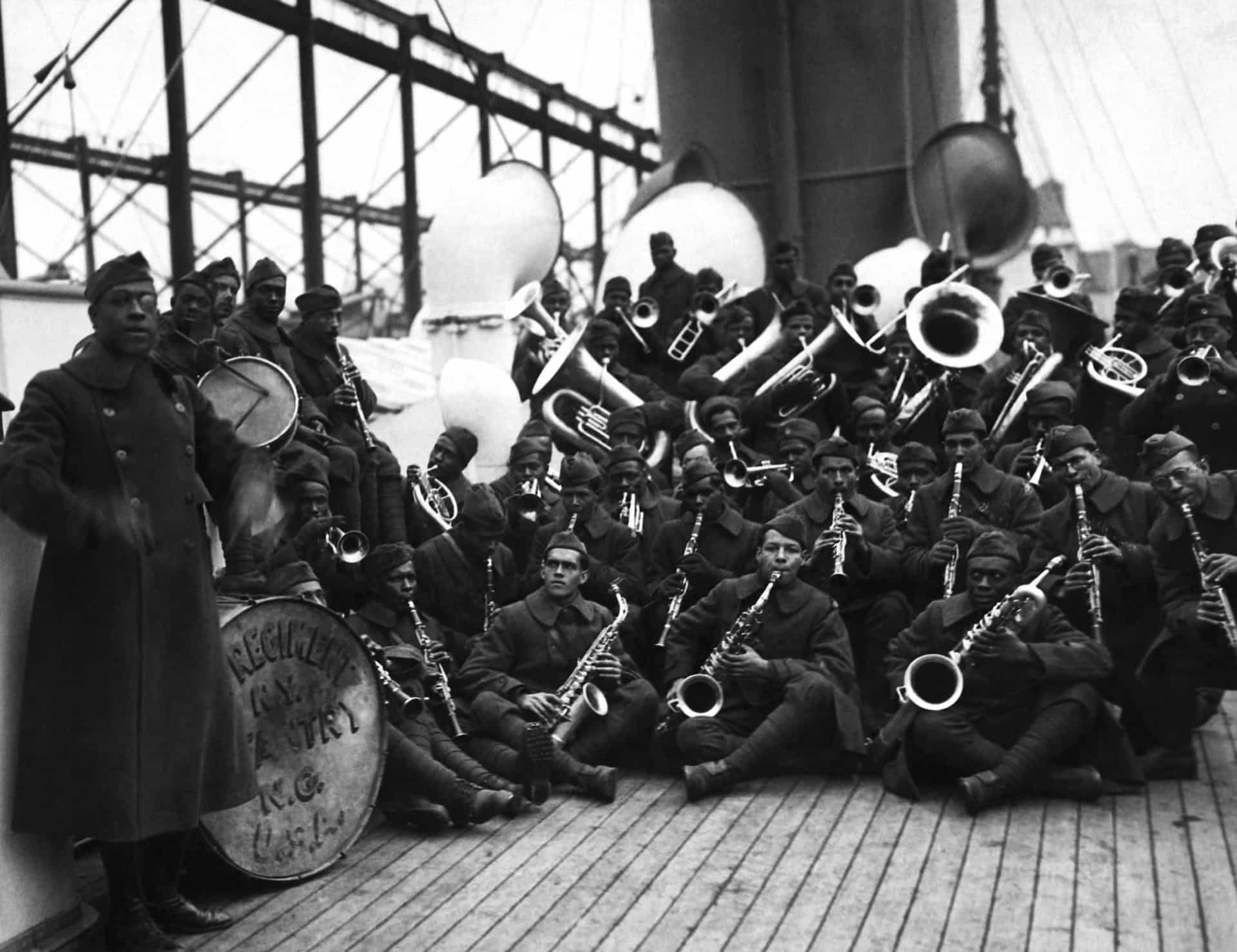 In 1954, Ernest Hemingway and his wife Mary Welsh had a disastrous trip, resulting in two plane crashes. They were embarking on a sightseeing tour in Uganda when their first plane crashed and they had to spend the night in the jungle. The next day, they boarded a rescue plane, which also crashed and caught on fire. Luckily, they escaped without any harm. 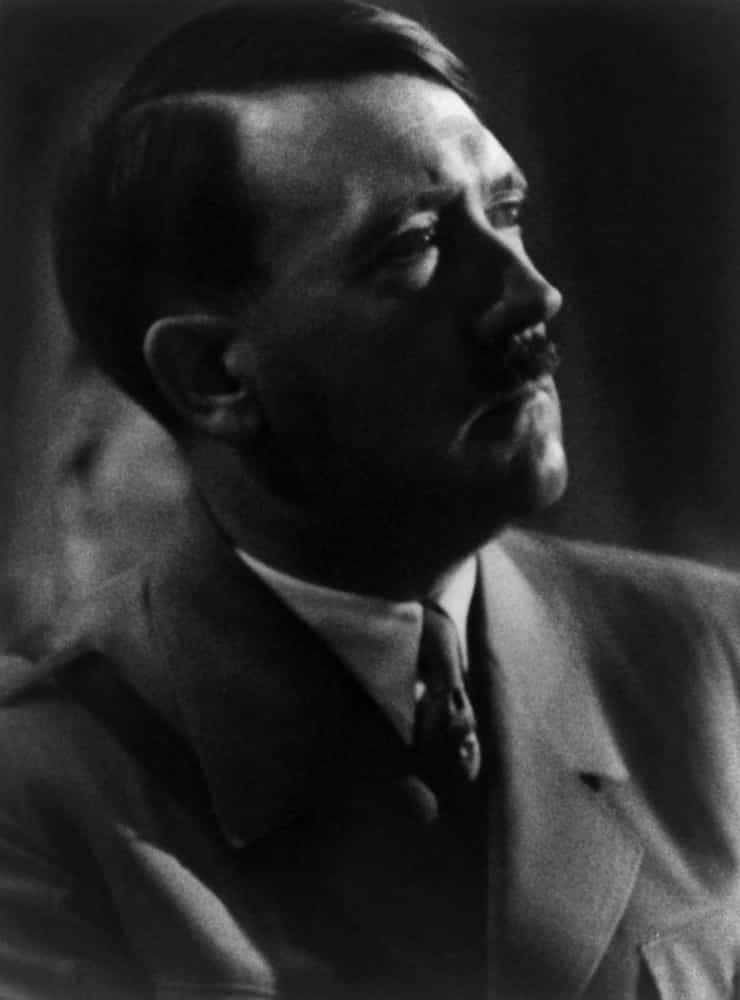 The 369th New York regiment fought longer than any other unit during the war. Sadly, although many Hellfighters hoped that their service would improve race relations, they returned home to find racist Jim Crow laws still in place. 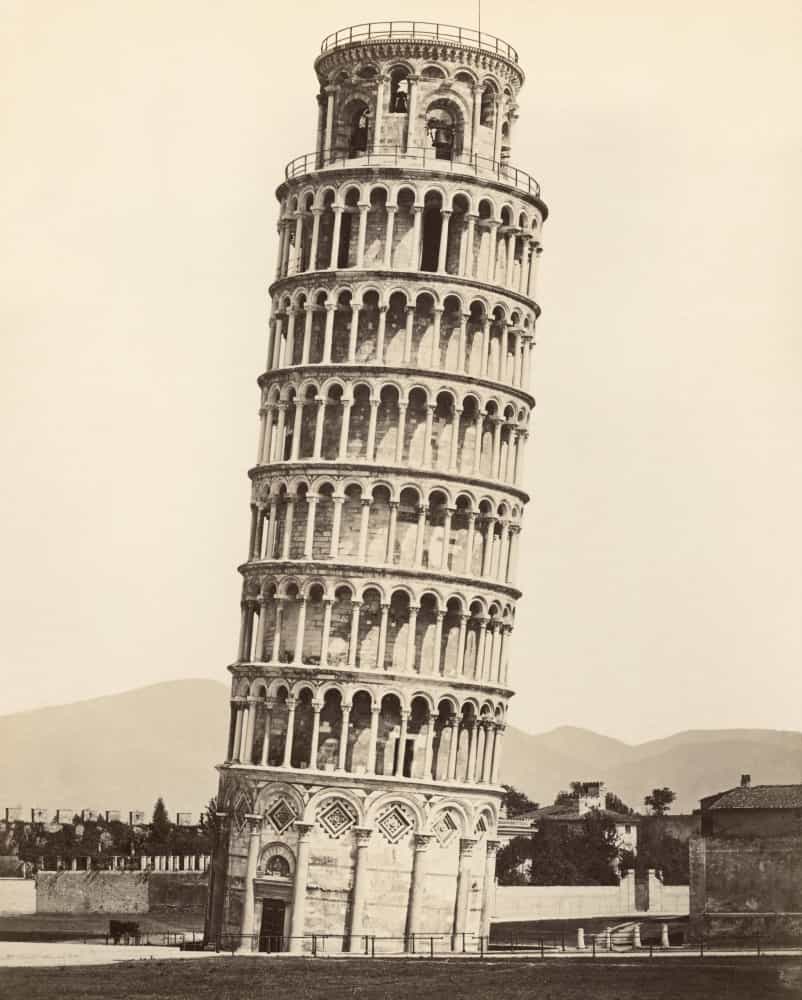 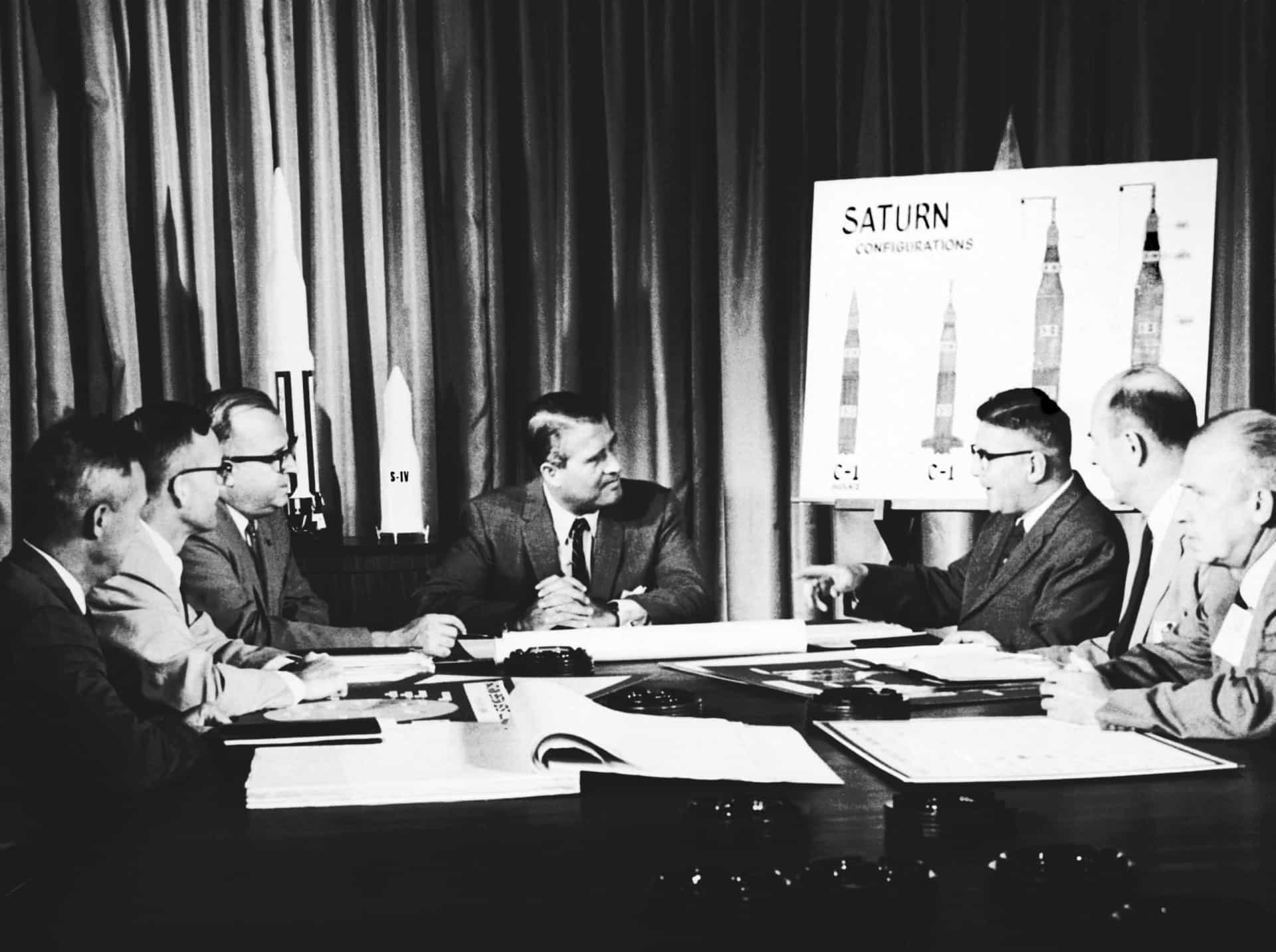 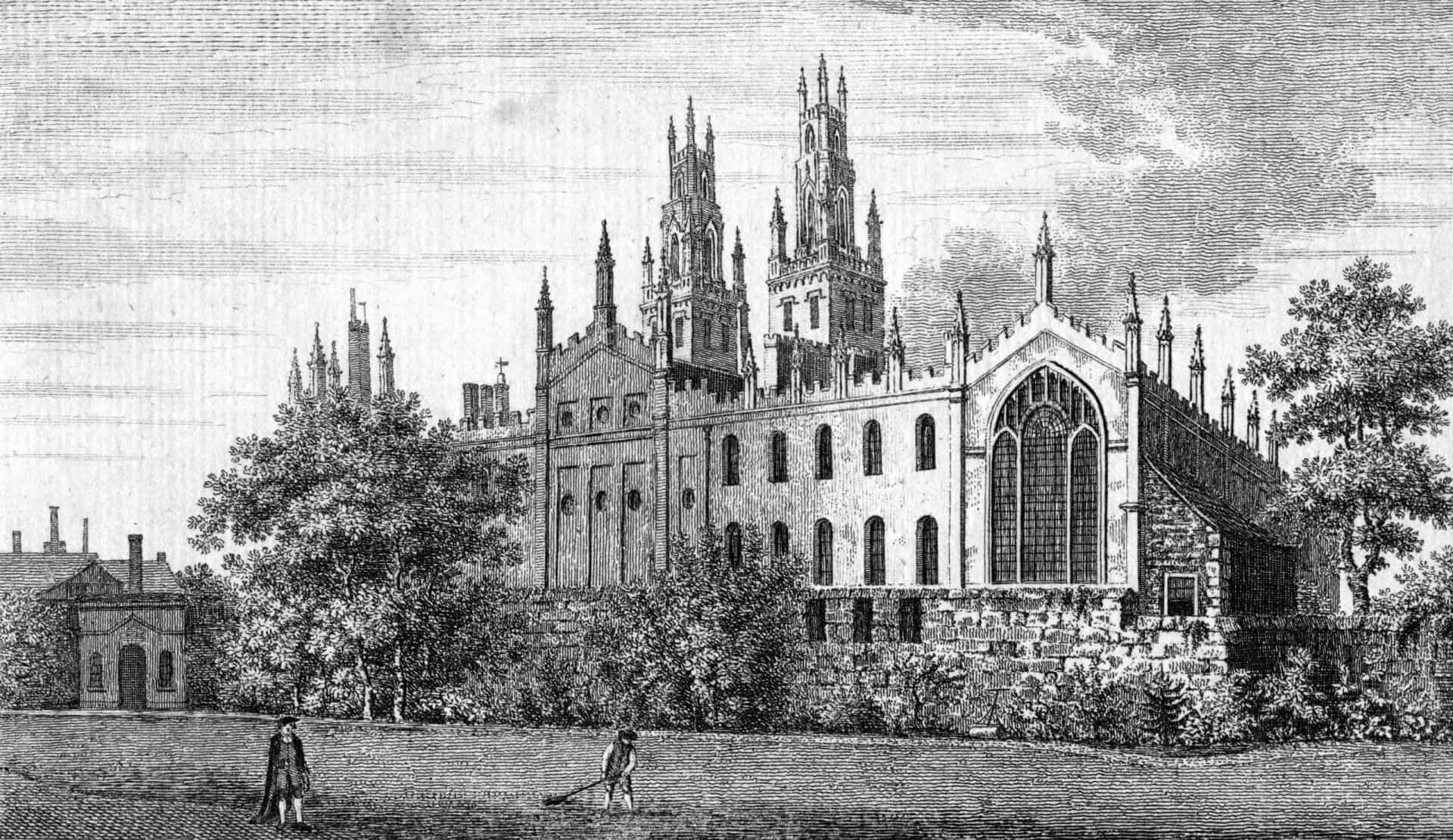 The Leaning Tower of Pisa was never straight

Known for its four-degree lean, the Italian tower was constructed in the 12th century. When construction on the second story started, the tower started to lean, due to the unstable ground. 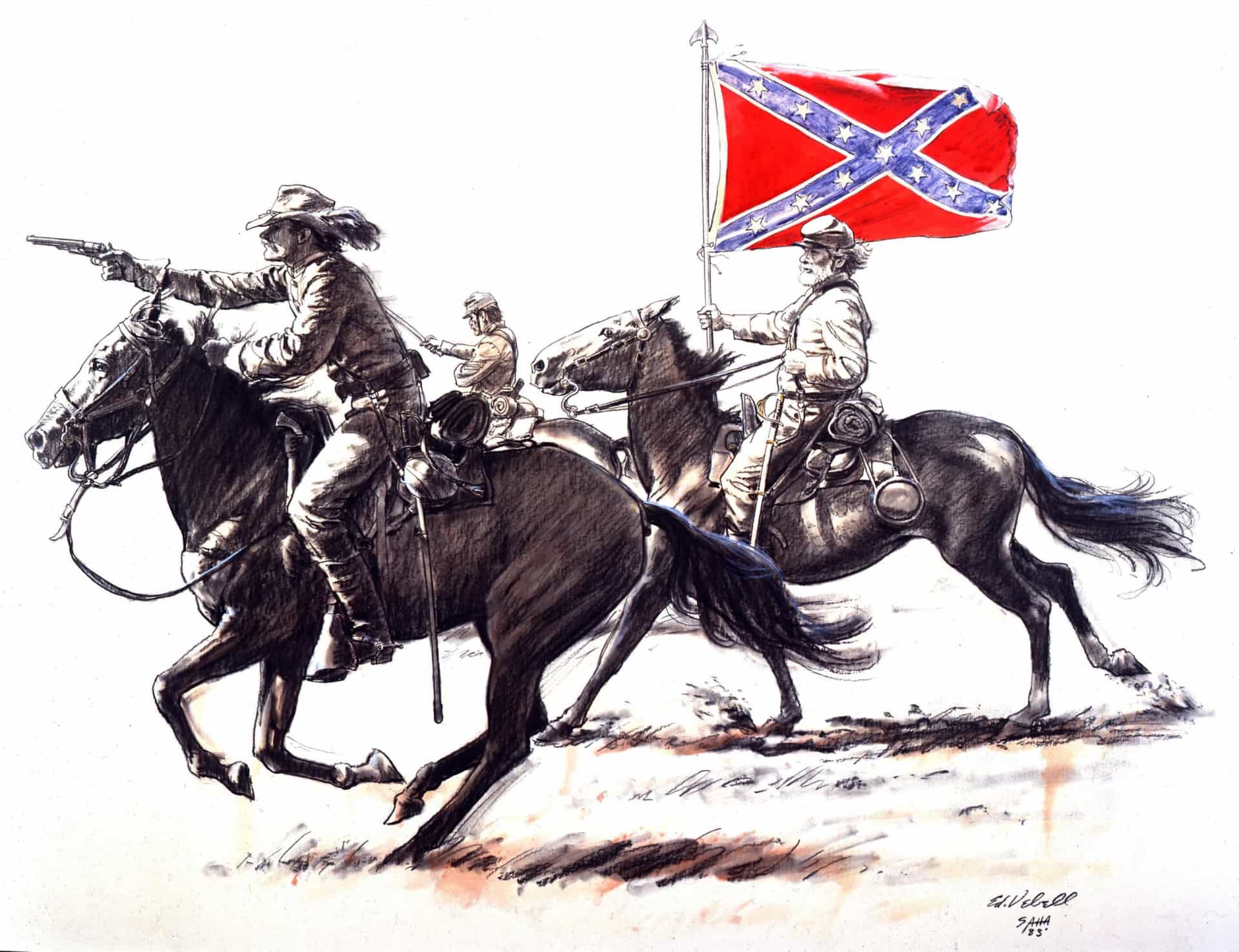 The US enlisted over 1,000 Nazi scientists after World War II

As the space race began between the US and the Soviet Union, the Americans drew in Nazi technology to get ahead in the Cold War. The top secret program was called Operation Paperclip, which brought in Nazi scientists to the United States and quietly eliminated evidence of war crimes. 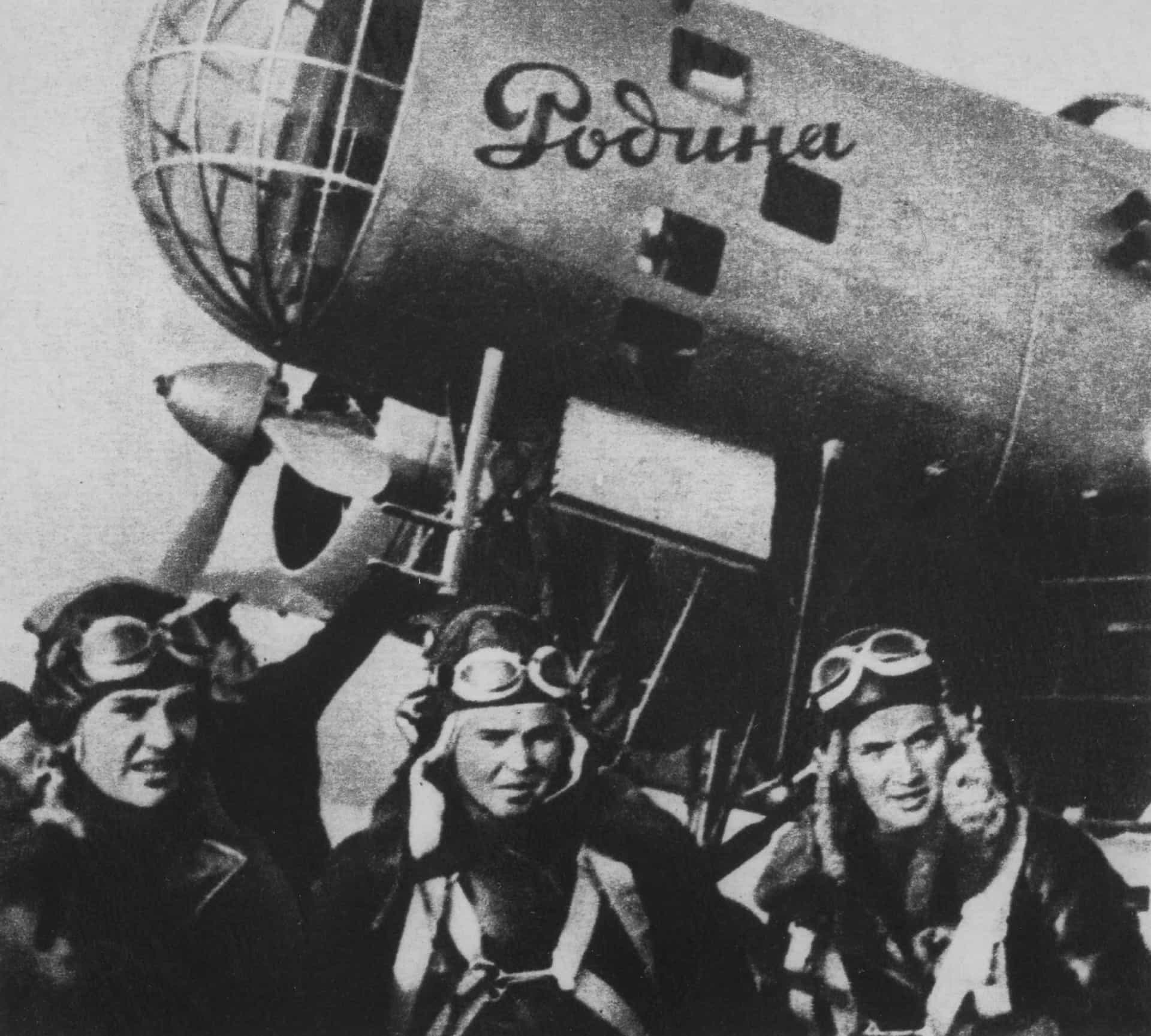 Oxford University is older than the Aztec Empire

The university first opened its doors to students in 1096, while the Aztec Empire is said to have originated in the city of Tenochtitlán (present-day Mexico City) in 1325. 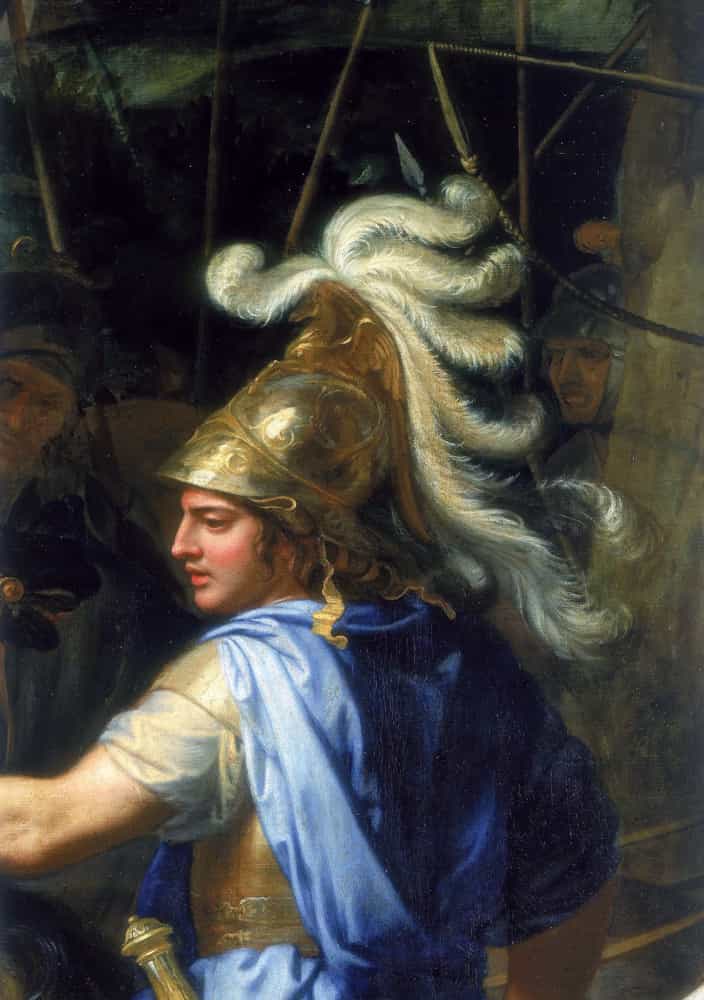 Around 20,000 Confederates fled to Brazil

As the Confederacy crumbled in 1865, many didn’t accept the defeat. Instead, around 20,000 fled to Brazil in hope that the country’s legalized slavery would preserve their traditions. Slavery was abolished in Brazil in 1888, but to this day descendants of the Confederates gather to celebrate their heritage. 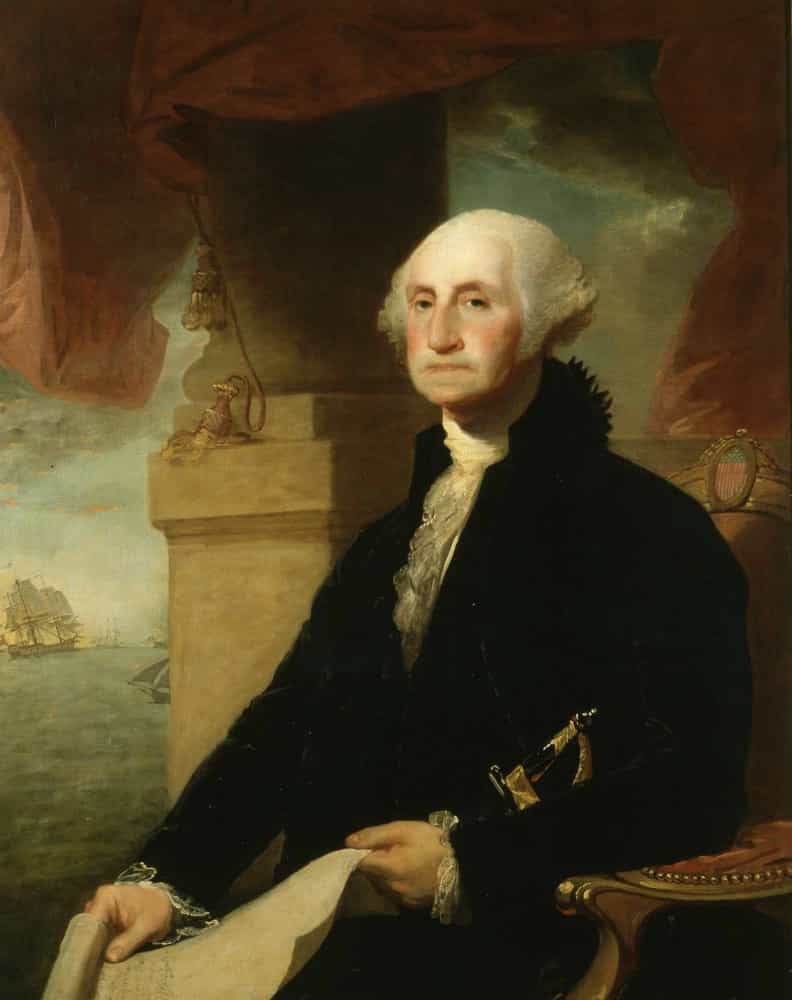 Pilot Marina Raskova convinced Joseph Stalin to let her form an all-female flying unit, which became known as the Night Witches. And even with their outdated equipment and planes, they still managed to fly over the Germans without being detected, launching surprise attacks. 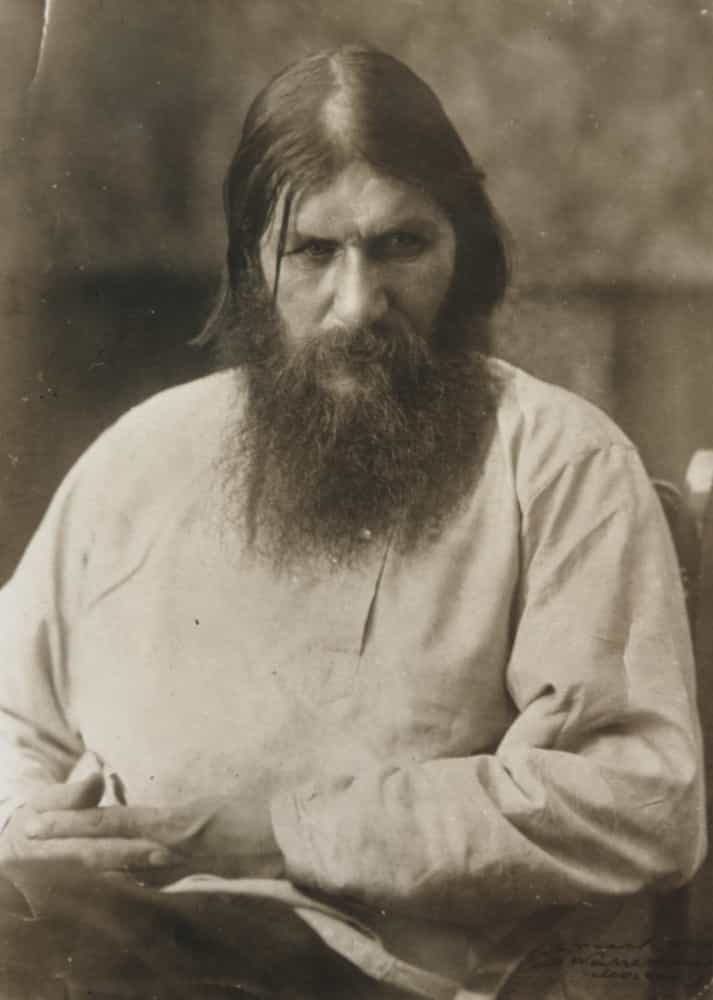 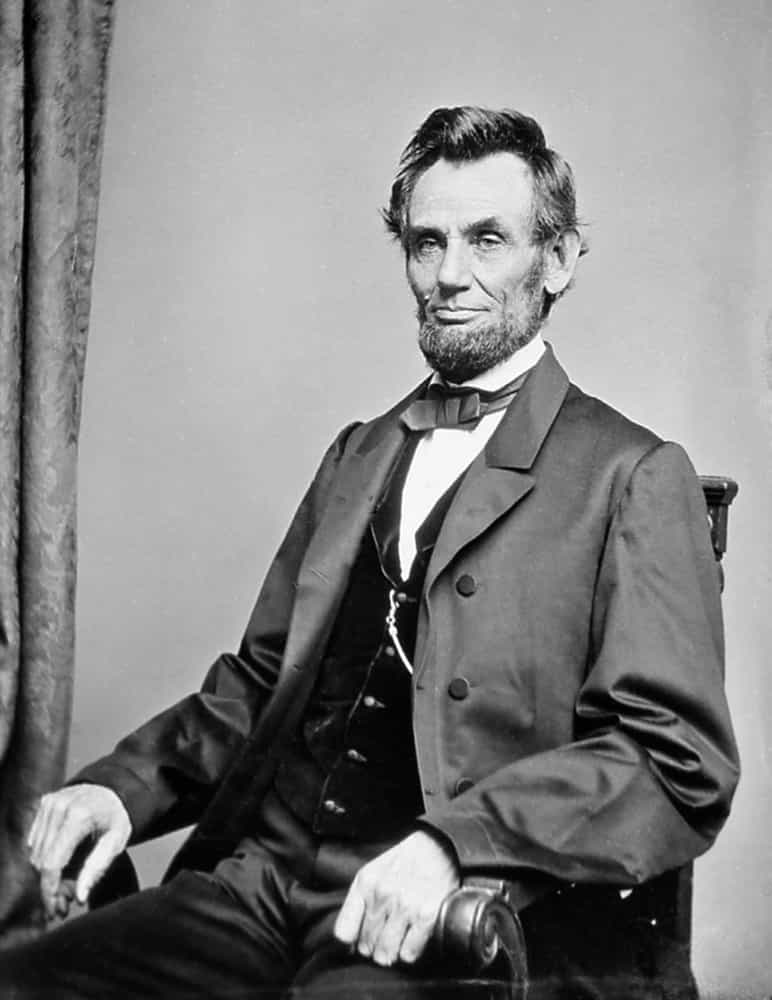 When Alexander the Great died in Babylon in 323 BCE, his body didn’t begin to show signs of decomposition for six days. But today’s scientists suggest that he wasn’t actually dead, and instead suffered from a neurological disorder called Guillain-Barré Syndrome. They believe that he was actually paralyzed and mentally aware. 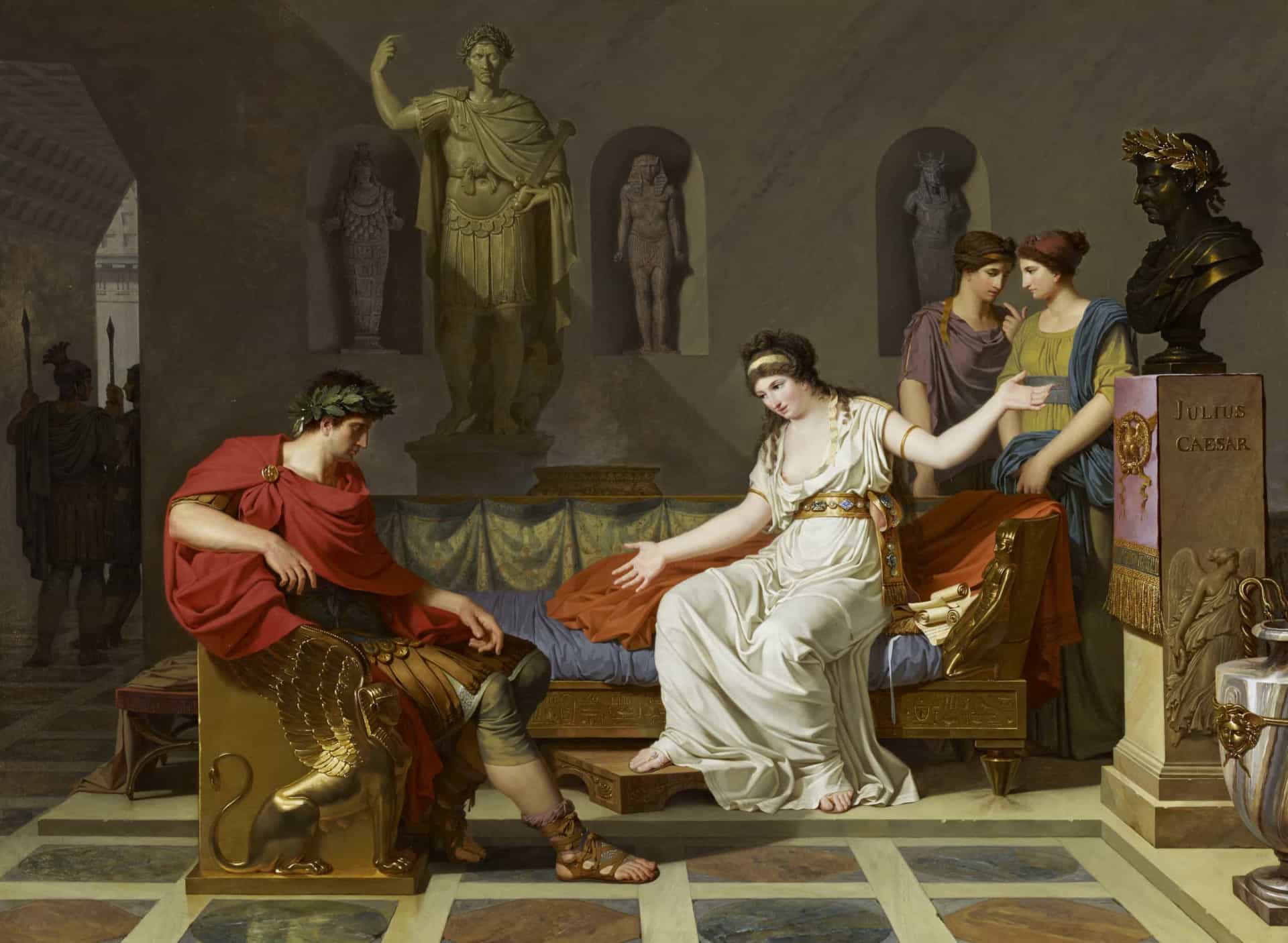 After his presidency, Washington opened a whiskey distillery. By 1799 it was the largest distillery in the United States, producing 11,000 gallons of un-aged whiskey. 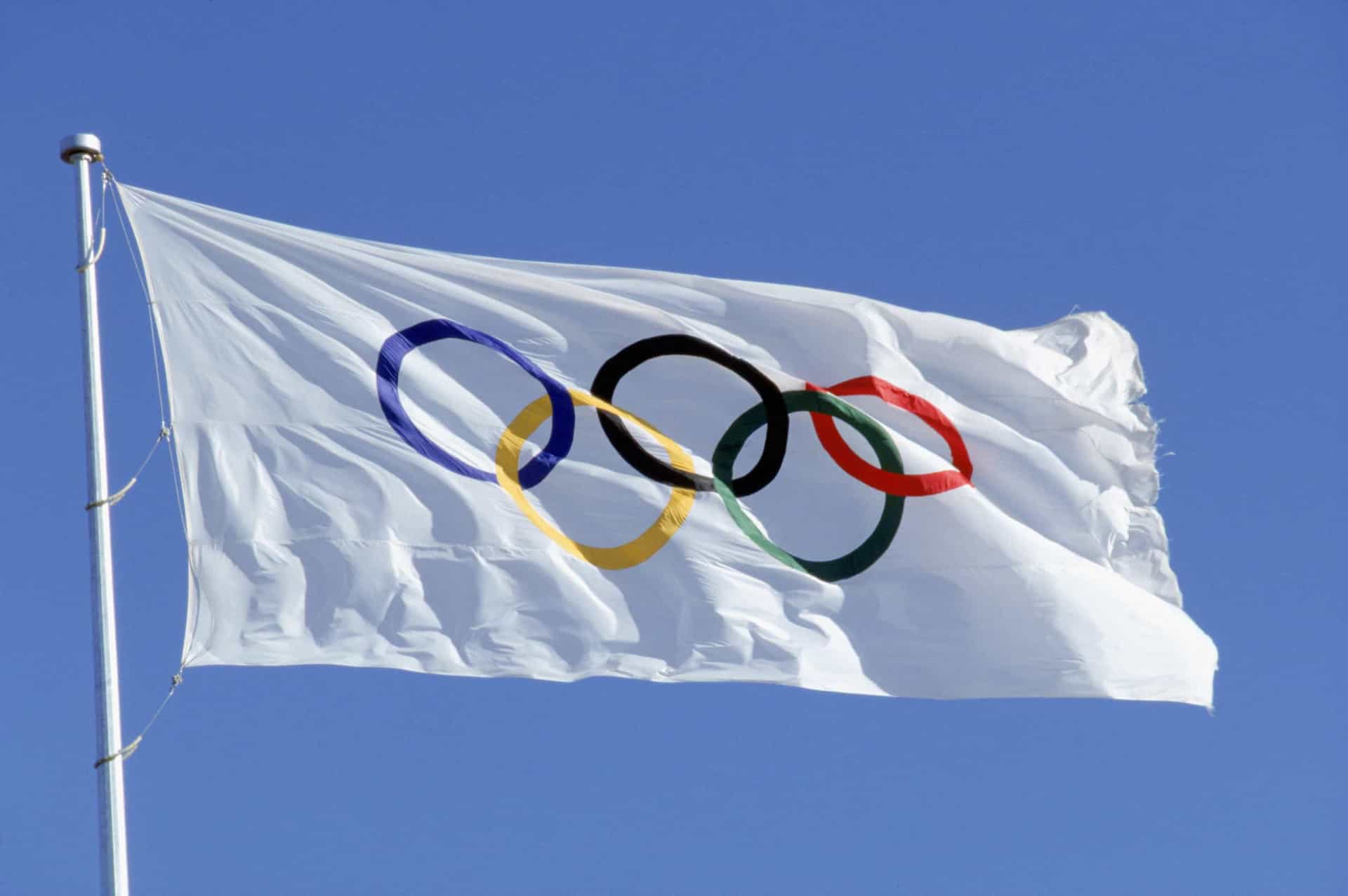 Russian mystic and friend to Czar Nicolas II, Rasputin survived being poisoned, shot, and stabbed numerous times before he was drowned in the Volga River. 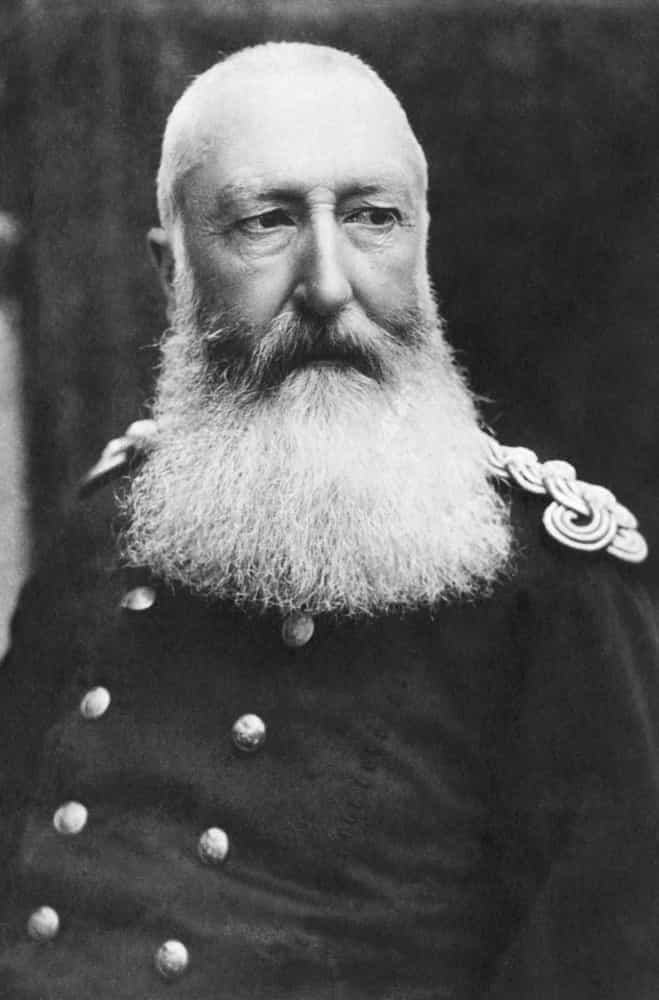 Abraham Lincoln was an accomplished wrestler

Thanks to Lincoln’s long limbs, he was an accomplished wrestler as a young man. He was only defeated once in approximately 300 matches, and earned a reputation as an elite fighter in New Salem, Illinois. 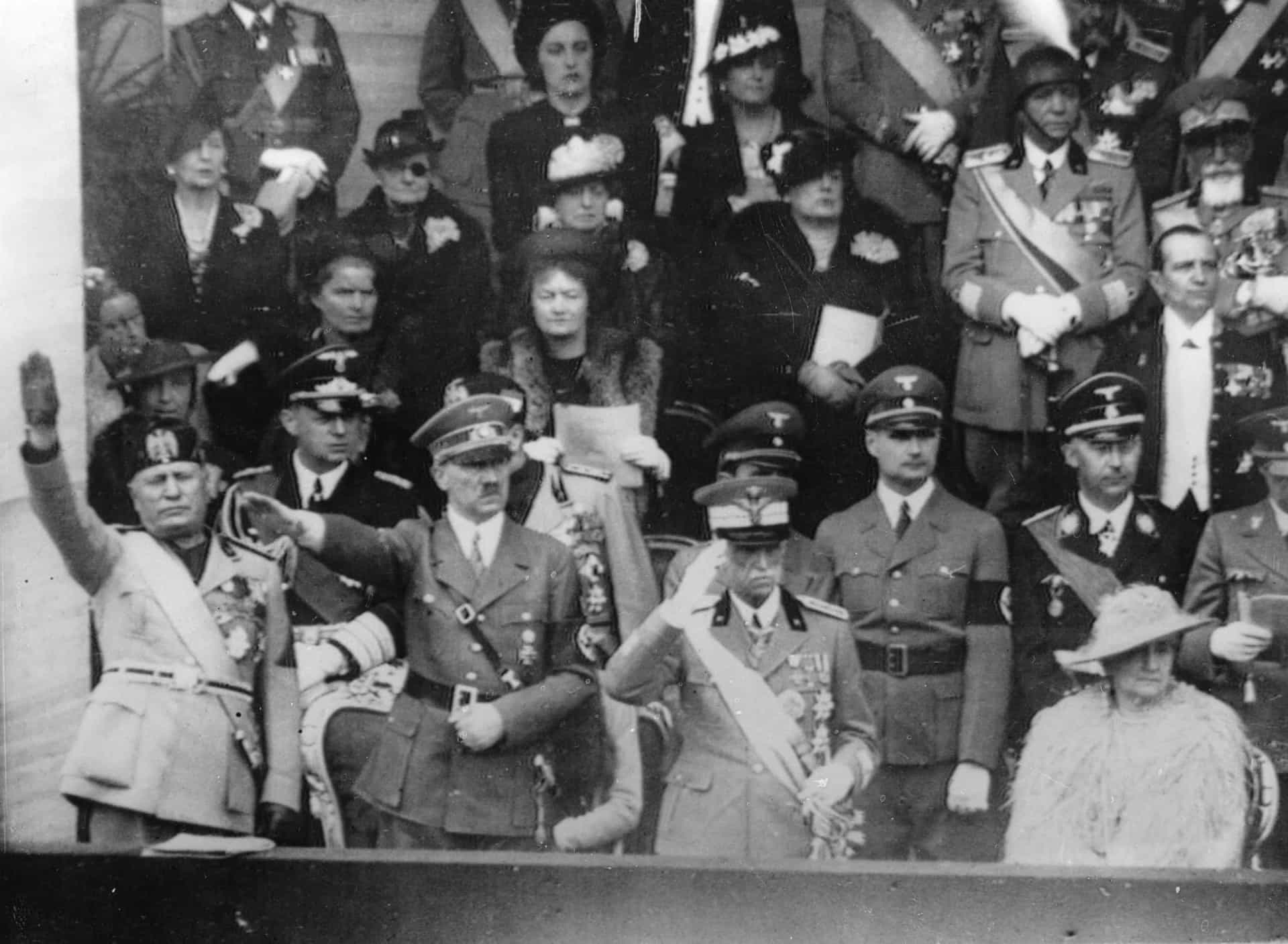 Cleopatra was of Greek origin

Many might not know this, but the famous Egyptian ruler was of Greek origin and a descendant of Alexander the Great’s Macedonian general, Ptolemy.

From 1912 to 1948, medals were given for literature, architecture, sculpture, painting, and music. The art created was required to be Olympic-themed. 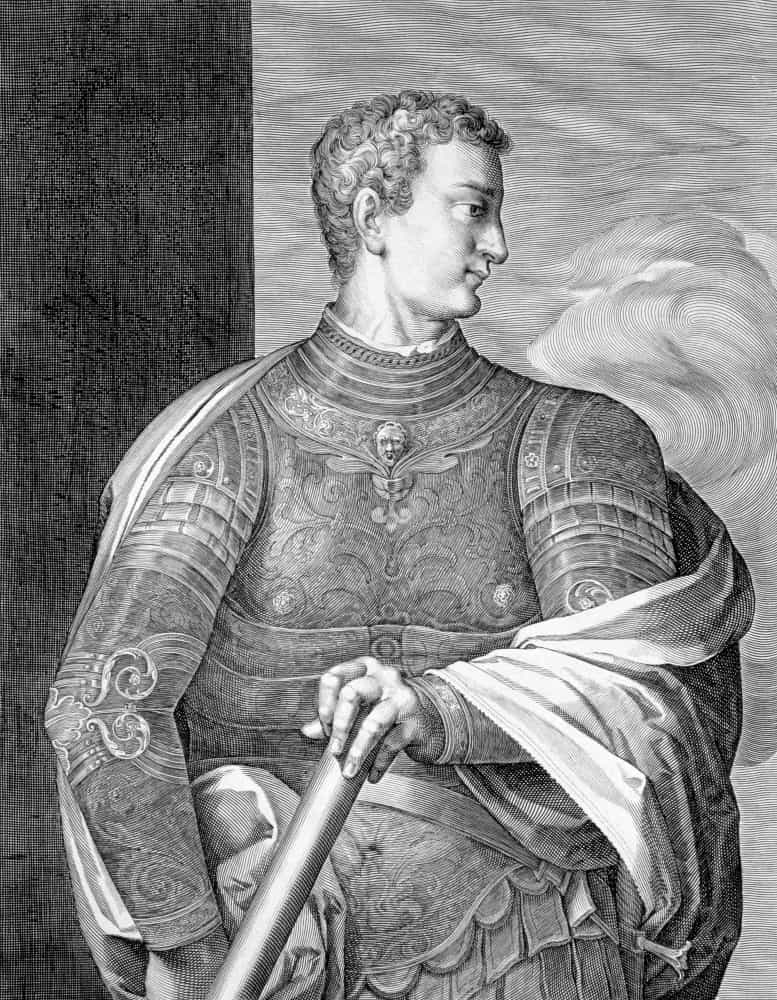 Under Leopold’s rule, native people in the Congo Free State suffered mass mutilations and death by Belgians who treated the region as their own rubber plantation. Belgian authorities regularly punished people for missing work quotas by cutting off their hands. 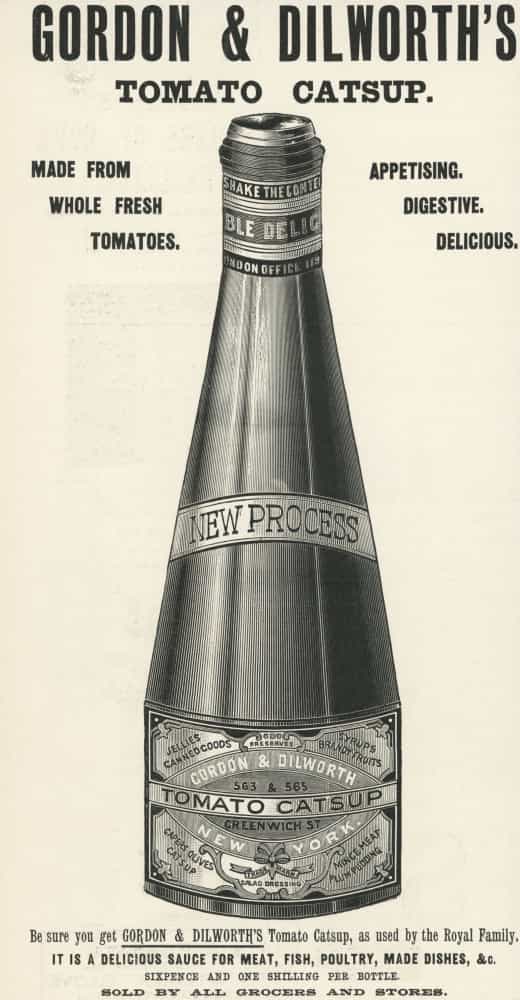 In 1943, a mysterious and frightening illness spread through Nazi-occupied Rome. But it was revealed 60 years later by Italian doctors that they invented ‘Syndrome K’ to save Italian Jews. At least 20 people were saved from deportation. 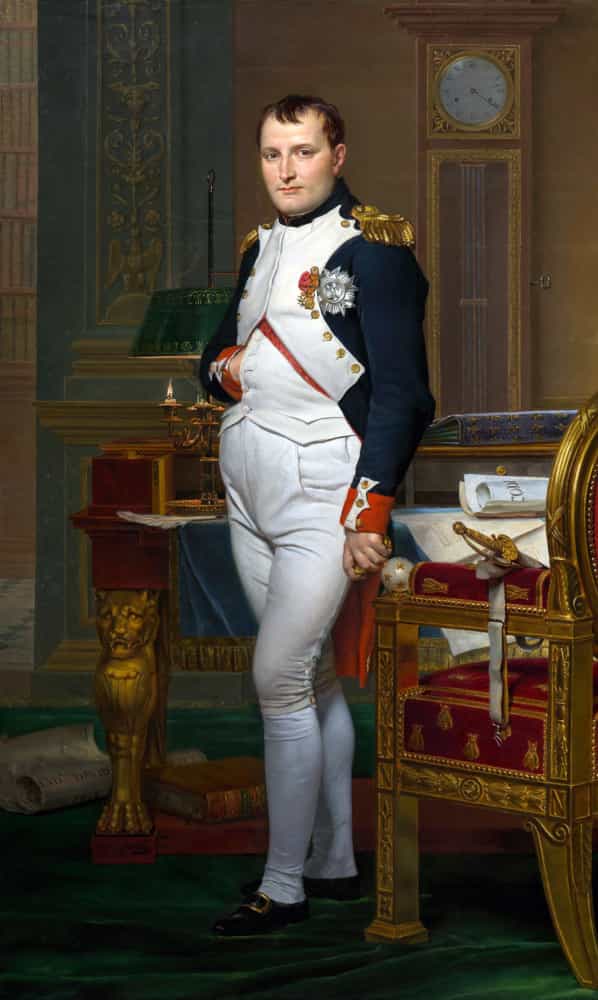 The Boston Marathon didn’t have female runners until 1967

As women were not allowed to run the Boston Marathon, Kathrine Switzer signed up in 1967 using only her initials. When she showed up, race officials were enraged as she wasn’t a man, and several attempted to stop her from running. Nevertheless, she powered through and finished the race. Roman emperor Caligula made one of his horses a senator

Known for his insanity, the emperor made his beloved horse Incitatus a senator. The horse received a marble stall, a jeweled collar, and even a house. 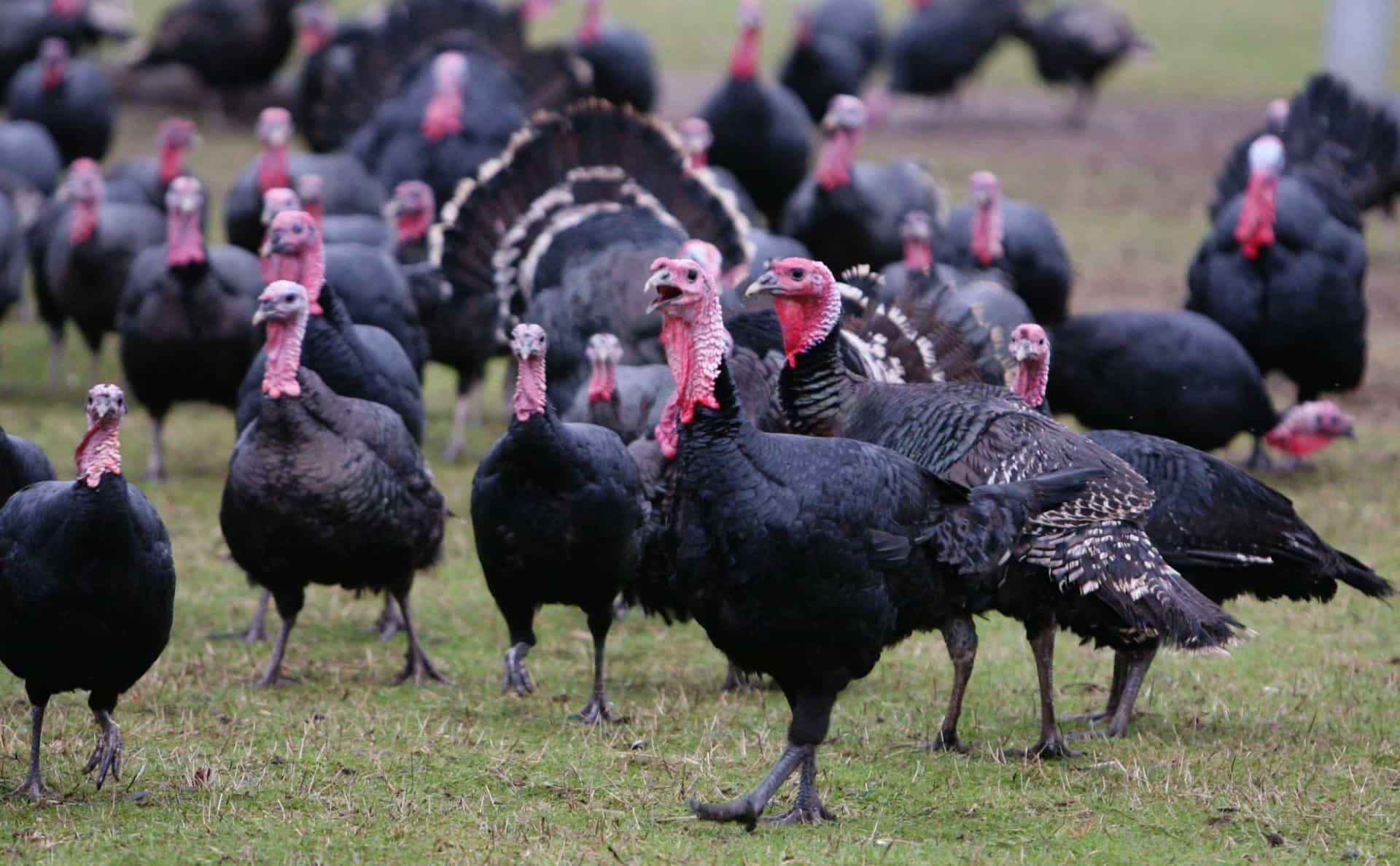 Ketchup was sold in the 1830s as medicine

In 1834, ketchup was sold as a cure for an upset stomach by an Ohio physician named John Cook. It wasn’t until the late 19th century when it became a popularized condiment

Napoleon Bonaparte was once attacked by a horde of bunnies

Napoleon had requested that a rabbit hunt be arranged for him and his men. When the rabbits were released from their cages, they charged towards Napoleon and his men in a vicious and unstoppable onslaught. 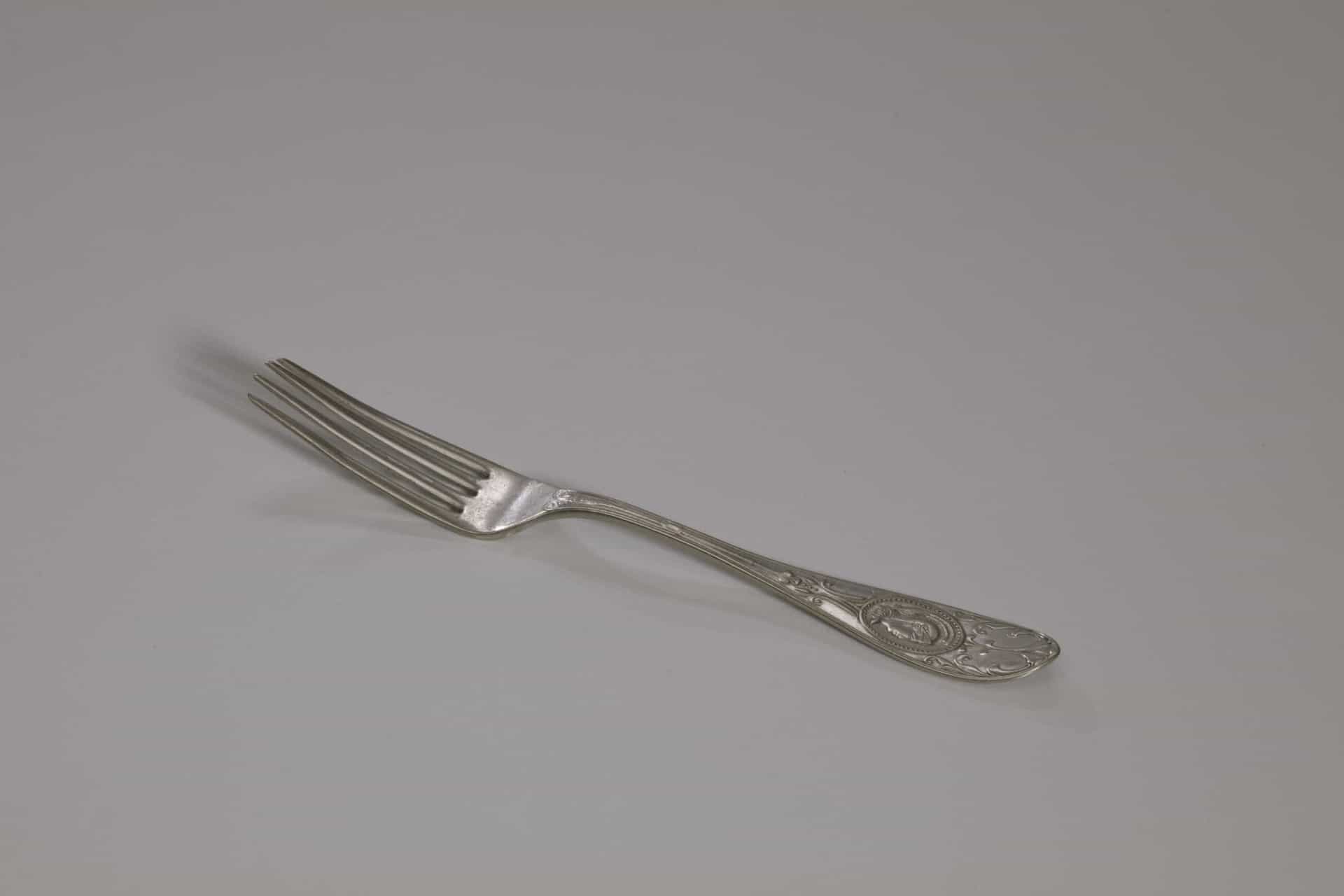 There were female gladiators in ancient Rome

A female gladiator was called a gladiatrix, two or more gladiatrices. They were extremely rare, but did exist until being officially banned from 200 CE onwards. 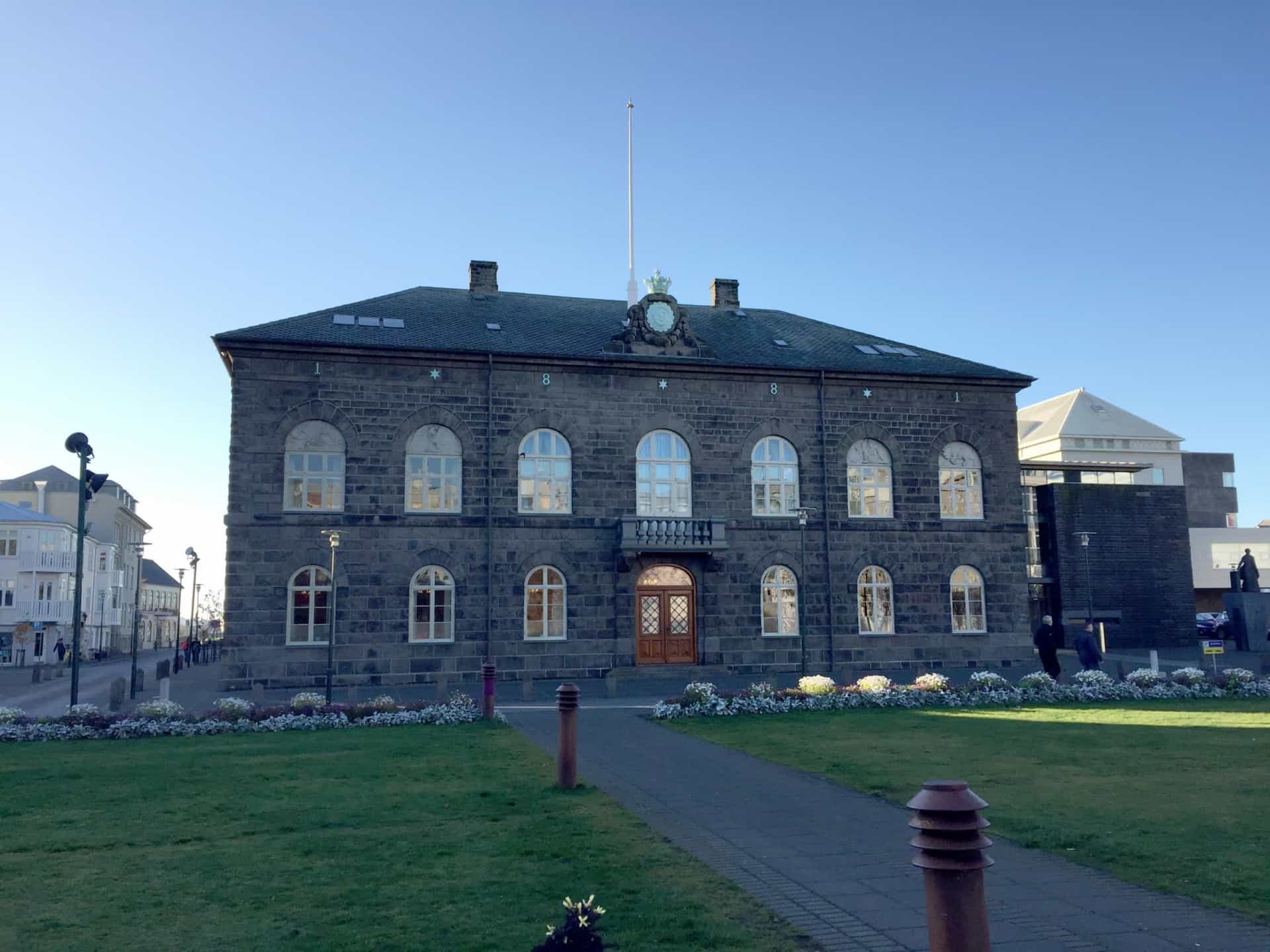 Turkeys were once worshiped as gods

In 300 BCE, these big birds were heralded by the Mayan people as vessels of the gods and honored with worship. They were symbols of power and prestige, and were domesticated to have roles in religious rites.

© Provided by BANG Showbiz Ellie Goulding has recently become an ambassador for the World Wide Fund for Nature (WWF) to aid in “climate crisis and the destruction of nature.” She joined the WWF for their 15th Annual Earth Hour at which she encouraged audiences that “every second counts ...

© Provided by BANG Showbiz Sammy Hagar Sammy Hagar says music not being his biggest source of income makes playing shows more enjoyable. The former Van Halen frontman, 74, insists he continues to play shows for the fulfilment it gives him, not the money, as he’s able to make ...


View more: Sammy Hagar admits he doesn't do music for the money

© Provided by ABC NEWS The West Australian government has released photos showing extensive damage to cells at Perth’s Banksia Hill juvenile detention centre. (Supplied: Department of Justice) A “difficult cohort” of young offenders at Banksia Hill Detention Centre will be relocated to a new facility at an adult prison ...

© Provided by The Guardian Photograph: Alamy A dangerous strain of salmonella is becoming more common in meat in the UK, unpublished government records show. Test results obtained by the Bureau of Investigative Journalism (BIJ) and the Guardian reveal a rise in poultry products contaminated with salmonella infantis, with ...

© Reuters/AKHTAR SOOMRO A vendor waits for customers to sell vegetables at a makeshift stall in a market, in Karachi ISLAMABAD (Reuters) – Pakistan’s central bank looks set to raise its key policy rate by 125 basis points at its review on Thursday, as it attempts to tackle 13-year ...

The green revolution is coming for power-hungry particle accelerators

Best smart kettles 2022: Brew up the easy way with one of these connected kettles