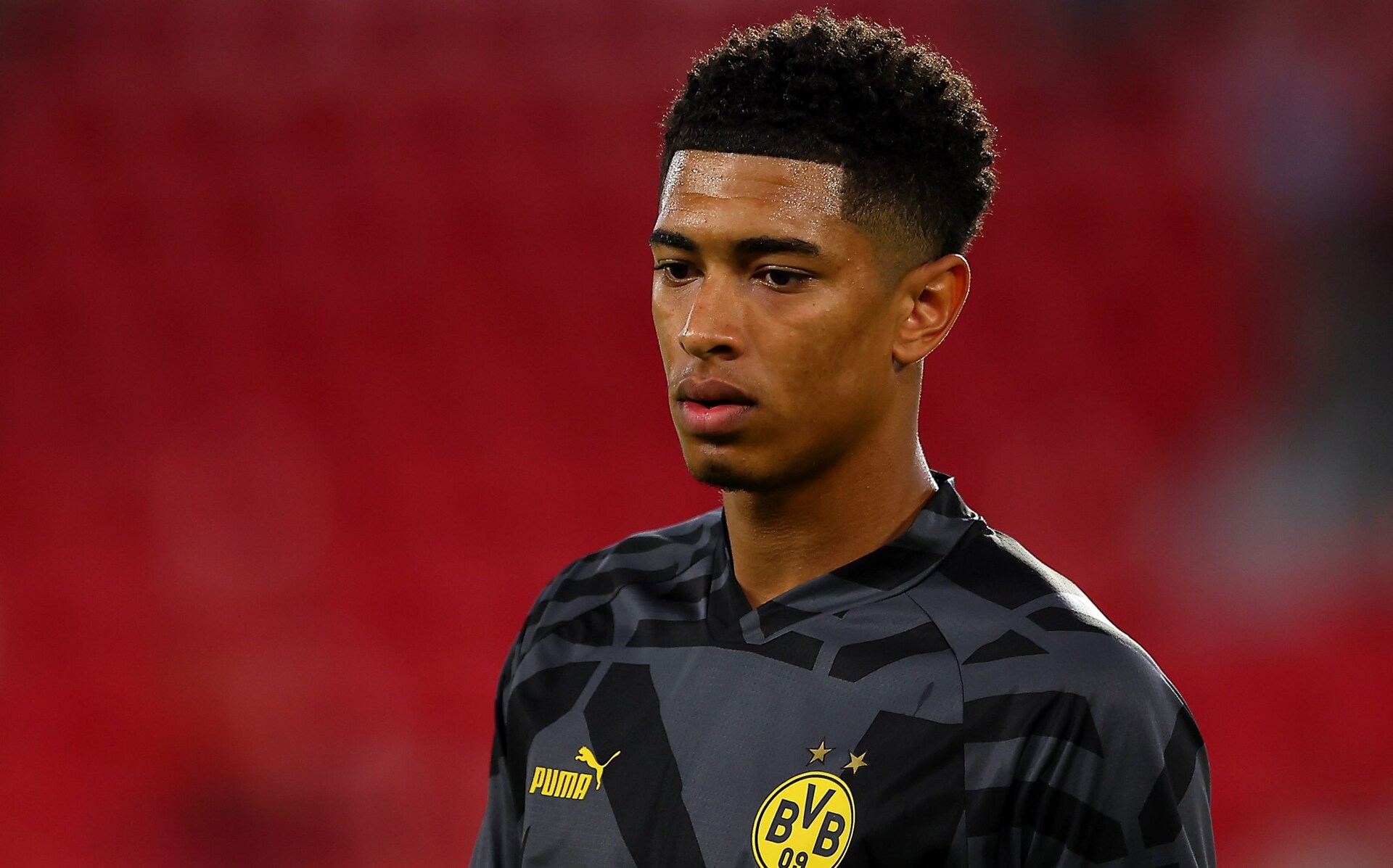 Real Madrid are set to make an appeal to Jude Bellingham that he has a chance-of-a-lifetime opportunity to join them as they start their campaign to land the England midfielder next summer.

The 19-year-old is a target for Liverpool and Chelsea, with Manchester City also monitoring his situation at Borussia Dortmund following his emergence in Bundesliga in the last two years. But Real have launched their charm offensive and the teenager was this week on the front cover of Marca who have declared his transfer a work in progress.

Madrid are ready to attempt to persuade Bellingham with the promise of making him their next “Young Galactico”, according to sources, and tempting him by suggesting opportunity may never come around again.

French midfielders Aurélien Tchouaméni and Eduardo Camavinga have been brought to the Santiago Bernabéu in recent seasons, joining other young stars in Vinícius Júnior and Rodrygo.

Bellingham is seen as the most talented player Madrid could add to their stable of young talent, and are expecting him to be on the market for around £88 million.

He was made captain of Dortmund for their Champions League win over Sevilla this week, where he scored and assisted in a game which proved to be the final fixture in charge of the Spanish team for Julen Lopetegui, who was sacked post-match. 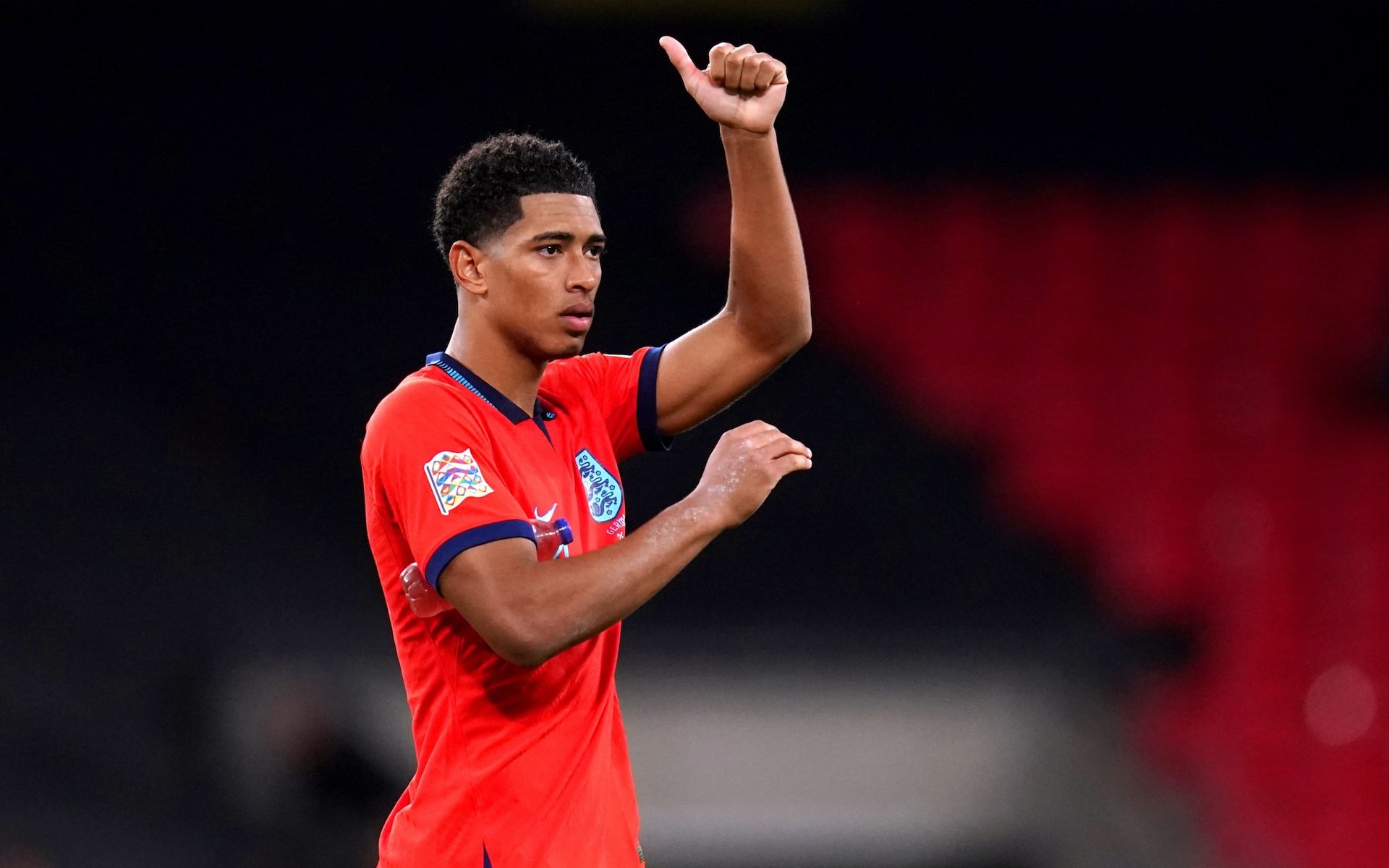 Jude Bellingham could start for England at the World Cup – PA

Liverpool have a long-standing interest in Bellingham and were leading the chase for him earlier in the campaign. Since then his value has soared further with his displays for England during the international break following his consistency in Bundesliga. As reported by Telegraph Sport, Chelsea also retain an interest and do not want to be left behind in the race for the midfielder.

Bellingham has also played against City this season and they usually look at entering the market for world-class players when they feel there is good value and a deal to be done. They could appeal to Bellingham given their potential for trophies in such a strong squad.

City captain Ilkay Gundogan is in the final year of his contract, although could extend at the Etihad, while Bernardo Silva has considered leaving the club before and getting tempted away would free a place in the squad.

“I was impressed two seasons ago when he was 17!” Guardiola said after facing Bellingham in September. “An exceptional player. I think everyone knows it, not just because the manager of Manchester City is going to tell you.”

Bellingham is expected to go to the World Cup in Gareth Southgate’s squad where his value could increase further. He played alongside Declan Rice in the recent Nations League games and is in line to start the tournament in Qatar if Kalvin Phillips does not recover from shoulder surgery.

Former Liverpool and Preston North End striker Neil Mellor who was reporting on the Sky Bet Championship match between Barnsley and Blackburn Rovers at Oakwell Stadium on December 26, 2016 There’s nothing quite like the buzz of excitement when word begins to spread about a talented young goalscorer emerging ...


View more: Liverpool 'wonderkid' scored 46 goals in one season before seven operations and being left in tears by Champions League decision


View more: Video: Odell Beckham Jr. is the victim of an 'overzealous flight attendant who wanted to prove his authority' and did NOT deserve to be booted from his flight in Miami, claims NFL free agent's attorney


View more: Video: So what's next for Matt Hancock after I'm A Celebrity? Ex-Health Secretary's camp dubs claims his lover 'held secret talks about getting into showbusiness 'absolutely not true' and insist the MP will return to Westminster

Victoria Park, Leicester: File picture A council is to begin the legal process required to create a new right-of-way so residents can continue using a popular footpath which runs through a city school. The path through Wyggeston & Queen Elizabeth I College should be open to the public, Leicester ...

The main event Commiserations, friends: today marks our final Tetris, the sole remaining quadruple-consecutive-match extravaganza which has made the start of this World Cup so immersive and compelling. That’s the sad news. The joyous news is that today is also the day that things get really serious – most particularly ...


View more: Developer's plan to build homes binned because refuse lorries would not be able to reach them

Bristol will launch its Clean Air Zone today, November 28, with the council and drivers looking to slash emissions in the city. Even those who are simply driving through the city face a charge if their vehicle is not compliant with the emissions rules. Private petrol and diesel cars will ...

Video: Tradie is almost EATEN alive by a giant crocodile after stopping to take a photo with the beast