This week, India and Pakistan celebrate their 75th anniversary of independence.

The celebrations represent an important chapter in the dissolution of the British Empire. The partition of India was a controversial decision that was largely made by British politicians unfamiliar with the country.

Creating separate states for the Muslim and Hindu populations of British India led to the displacement of up to 20 million people, and an estimated 2 million deaths in the violence that followed. 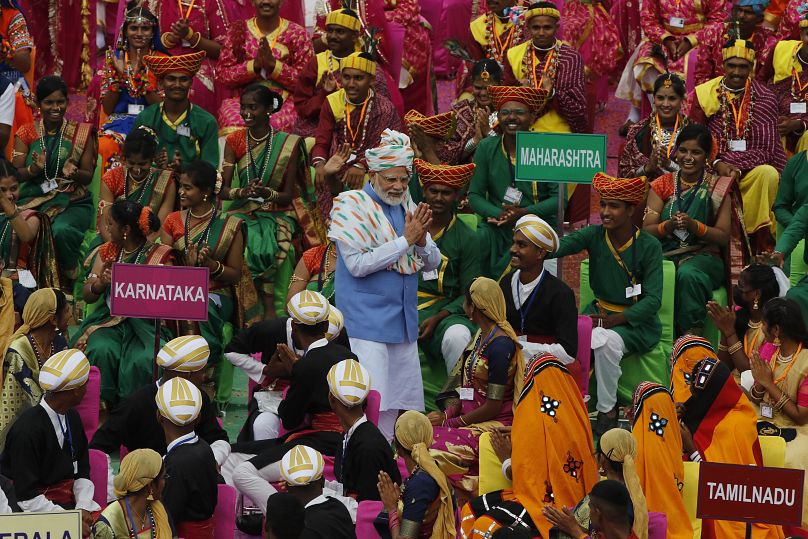 India’s Prime Minister Narendra Modi marked the occasion with a speech that decried the continued legacy of colonialism under the British Empire.

“Hundreds of years of colonialism has restricted our sentiments, distorted our thoughts,” he said from Red Fort in New Delhi on August 15. “When we see even the smallest thing related to colonialism in us or around us, we have to be rid of it.”

Pakistan celebrated its independence a day earlier on August 14. Politicians laid a floral wreath at the grave of Muhammad Ali Jinnah, leader of the All-India Muslim Leagues and considered the founding father of Pakistan. 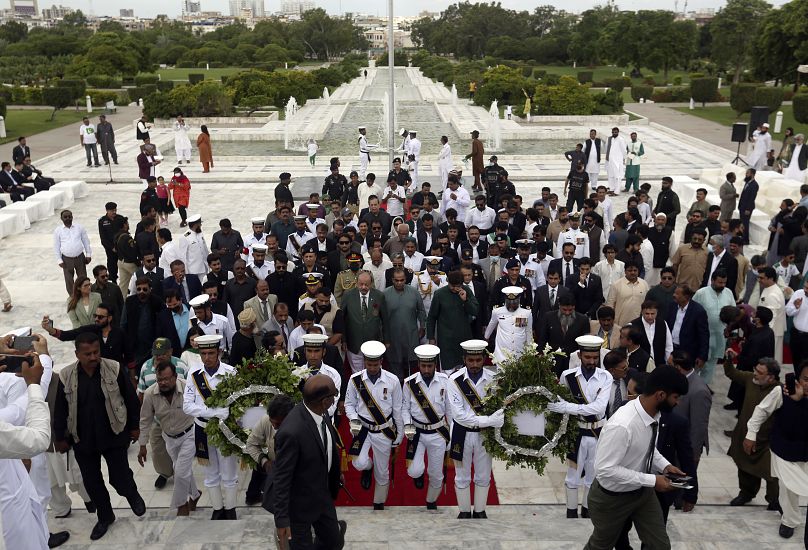 The complicated history of partition is central to the new play Saadhay 14 August, by Anwar Maqsood, which opened in Karachi on Tuesday.

Maqsood’s play is the third in a trilogy that consults the legacy of India and Pakistan’s independence from the British Empire.

The play shows Jinnah and Mahatma Gandhi – the founding fathers of India – visit present-day Lahore and Delhi together to look at the state of affairs in both countries. 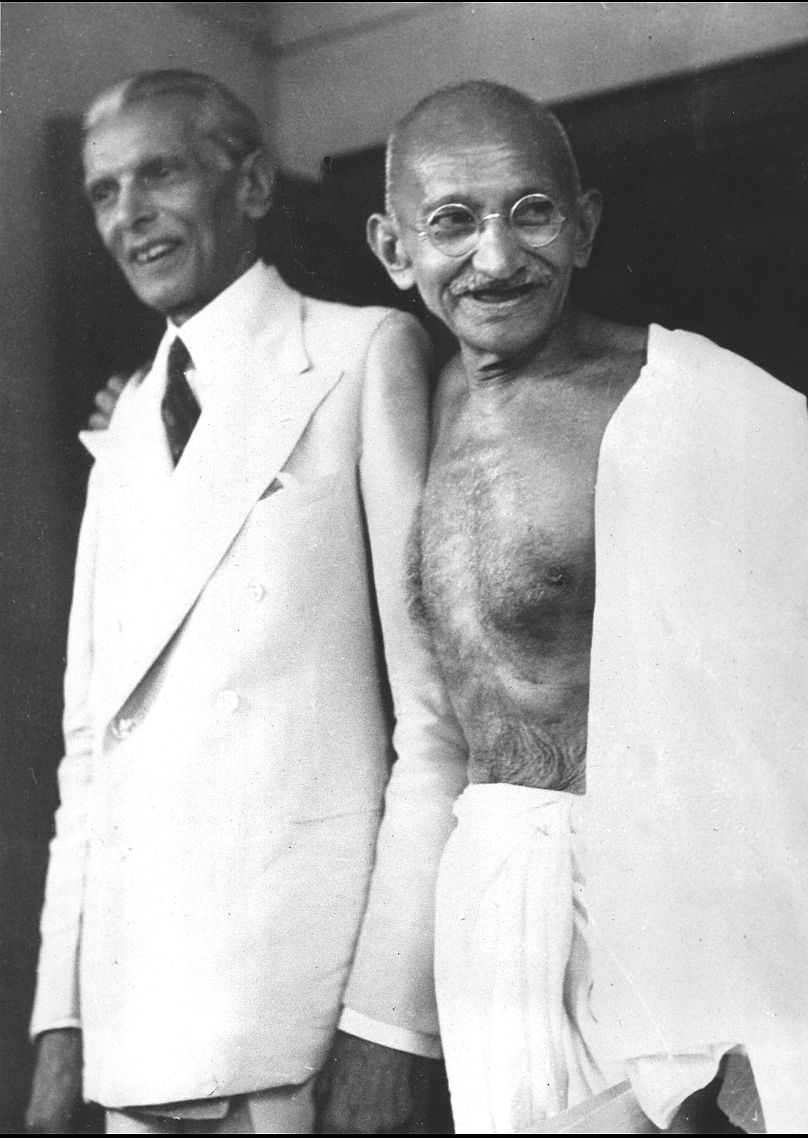 Mahatma Gandhi, right, and Muhammad Ali Jinnah, pose at the steps of Jinnah’s home where the two met to discuss the Hindu-Muslim conflict in 1944AP1944

“We’ve got a country of our own where we can live freely. Did we do justice to this land? This is the question that this play asks,” he added.

At the end of the show, the audience gave a standing ovation to Tanveer Gill, who plays Gandhi.

“Despite whatever happened between us, essentially we (Pakistan and India) are the same people,” said Gill. “There should be no hatred between us. This is the message that Anwar (the writer) has tried to put across.”

A legacy of British colonialism

As India and Pakistan celebrate independence, it is also a ripe opportunity to examine the legacy of the British Empire, suggests Professor Gurminder K Bhambra, a postcolonial and decolonial studies expert at the University of Sussex.

“There is a real problem with the way in which history is taught in Britain,” she says.

The British are quick to forget the historical and continued ties modern-day Britain has with India and Pakistan.

“If we think about the history or the way in which Britain is represented within the media, it’s as if Britain exists as a separate entity. And the extent to which Empire is talked about, it’s as if Britain, the nation, had an empire, which is separate from it,” Bhambra says.

This separation, she suggests, allows for the British to not fully acknowledge the extent to which the legacy of the British Empire continues to shape modern Britain. 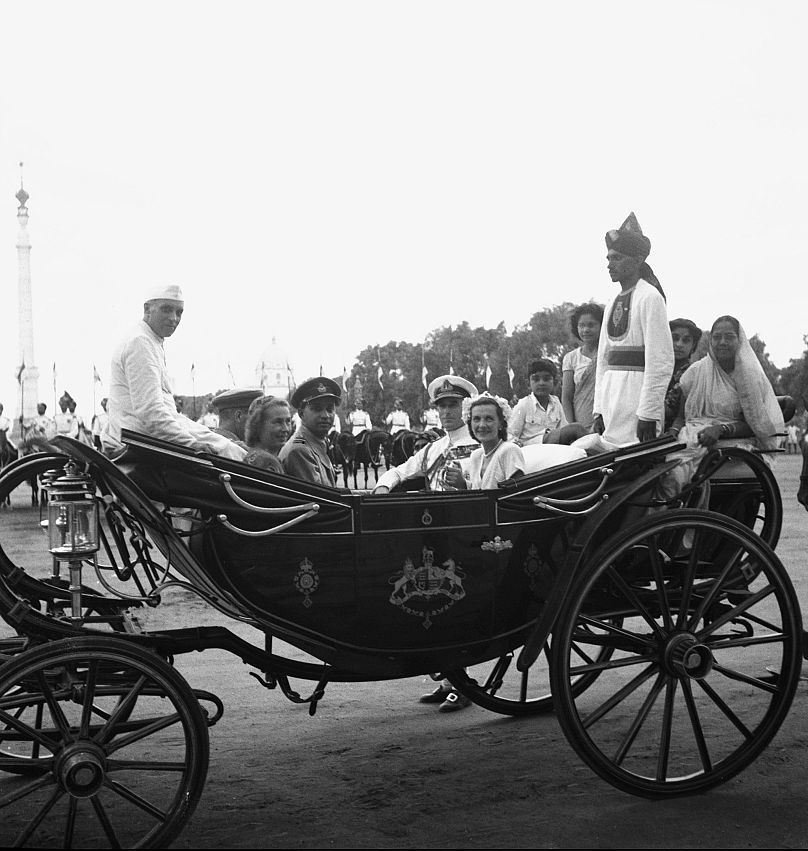 One of the key topics of Britain’s imperial past is the legacy of colonial taxation, an academic focus of Bhambra’s work. Britain didn’t force working and middle class people in the British Isles to pay income tax until 1914.

But Indian subjects of the British Empire had been paying income tax since 1861.

While that income tax was collected for welfare programmes within the British Isles, none was set aside for welfare in the colonies.

“There is a question to be asked, particularly in the context of debates in the present around people who come to the UK and get access to welfare despite their families having never paid in,” Bhambra says. “Well, actually, many colonial subjects are likely to have had families who did pay in to income tax.”

Restricting the distribution of wealth across the current borders of a nation that was previously an empire is an unfair way to view what the modern day peoples of Britain’s colonies deserve, Bhambra argues.

Many present day issues, such as racism, are still the result of a misunderstanding of Britain’s colonial past.

While there are discussions around immigration between India and the UK, it is often forgotten that Indians pre-independence held British passports.

“But if I’ve never crossed a political boundary, why am I an immigrant? It’s this sort of failure to understand that the issue is not race – it’s colonialism.” 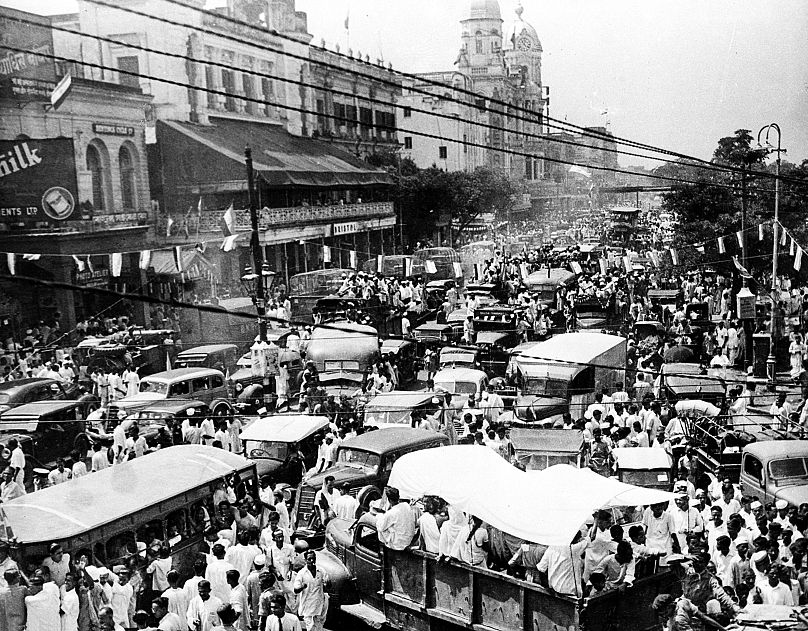 Traffic congestion on Choeringhee, one of the busiest thoroughfares in Calcutta, India, as the country celebrates its independence from British rule on Aug. 15, 1947ASSOCIATED PRESS/AP1947

For the many European nations that once were empires, there has been little consideration of the reformation of their identities as nation states.

“It’s only by reckoning with its colonial past that it can engage with what is its postcolonial present in it,” Bhambra concludes.

PRINCE Andrew will be nothing more than the Royal dog walker in chief under King Charles III as the disgraced Duke faces being nearly totally frozen out of the family, experts have said. Royal observers believe shamed Andrew – often dubbed The Queen's favourite – faces very little meaningful ...


View more: Prince Andrew relegated to ‘dogwalker in chief’ under Charles as he faces being frozen out of royal life, say experts

A BRITISH man has been arrested after touching up a female stranger sat next to him on a Ryanair flight from Liverpool to Majorca.  Cabin crew radioed police from 35,000ft in the air after the passenger complained about his lewd comments and behaviour. The woman was sexually assaulted by ...


View more: Brit man arrested after sexually assaulting female passenger sat next to him on Ryanair flight to Majorca


View more: My daughter, 10, will go into care if the council won’t help get her a special school…they’ve gone back on their word

Quantron looks to expand to India

Quantron and the Indian company ETO Motors are planning a cooperation for the Indian and European markets. Through this cooperation, the German electric commercial vehicle manufacturer wants to gain access to the Indian market with its products, among other things. The two companies from Germany and India have set ...

SINGAPORE – A dog trainer who left two dogs in the boot of her car unattended resulting in their deaths has lost her appeal against a disqualification order. In June, Sabrina Sim Xin Huey, 30, was fined $8,000 and sentenced to six months’ disqualification from carrying out any animal-related ...

Russia to medevac wounded in school shooting to Moscow Russia's health minister says 15 people wounded in a school shooting in central Russia will be medevaced to Moscow for further treatment a day after a gunman killed 17 people and wounded 24 others MOSCOW — More than a dozen ...

The Galaxy are heading back to the old neighborhood, announcing Tuesday they will open next season at the Rose Bowl, where they played their first MLS game in 1996. But that’s not the biggest surprise because the Galaxy’s opponent in that Feb. 25 game in Pasadena will be their ...


View more: Galaxy and LAFC to open 2023 season against each other at Rose Bowl