SEOUL, Nov. 28 (Yonhap) — Girl group Red Velvet, which has topped music charts at home and abroad in March with a song that sampled Johann Sebastian Bach’s “Air on the G String From Suite No. 3,” will drop another song that sampled a famous classical music piece Monday.

“Birthday,” the title track of the second volume of the group’s “The ReVe Festival 2022” EP series, sampled “Rhapsody in Blue,” one of George Gershwin’s masterpieces of 20th-century American music.

“Both songs sampled classical music, but the mood is definitely different,” Seulgi said during an online press conference to promote the album. “We tried to present a bit classical and elegant charm with ‘Feel My Rhythm’ and to create a unique and lively vibe with ‘Birthday.'” 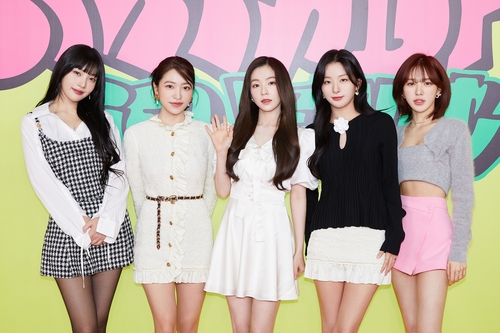 When asked why the group sampled classical music again for a song, Irene explained that the keyword for the EP series, “The ReVe Festival 2022,” is “imagination” and “time travel.”

The group wants to use such songs as a medium to encounter the past and the present, she added.

“Birthday” is a pop-dance song based on an impressive trap rhythm, with rhythmical drums and a refreshing synth sound. Its lyrics are about a girl who confesses her feelings for her love interest, saying, “Each day of your life will be as fun as a birthday if you are with me.”

The new EP has sold more than 712,000 copies as of Sunday in preorders, breaking the group’s own record.

“Thank you for giving us so much love whenever one of our new albums is released,” Joy said, vowing to do her best in promotional activities for the new EP, boosted by the love and support from the fans. 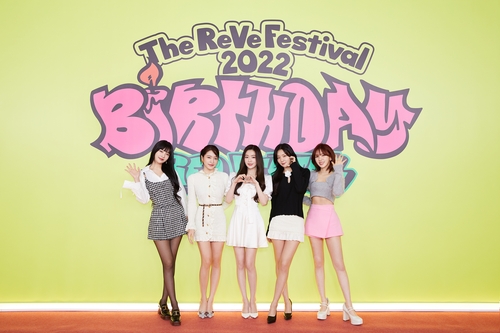 The quintet debuted in August 2014 under SM Entertainment with its first digital single, “Happiness.” Composed of members Wendy, Irene, Seulgi, Joy and Yeri, the group has churned out a number of hits, such as “Psycho,” “Russian Roulette,” “Bad Boy” and “Peek-A-Boo.”

Looking back on the past year, Irene said: “For us, it was a year like a festival because we tried many things. We’ll continue to take up the challenges of our own style.”

The new EP and the music video for the main song will be released at 6 p.m.