Remember CB Radios? They're Back CB radios were — and still often are — a practical tool on the road, especially in a trucker’s life. But back in the 1970s and ’80s these portable communication devices were at the heart of a pop-culture craze. Suburban families suddenly had CB radios in their cars, and TV shows, movies, and novelty songs paid homage. In this quick trip through CB radio history, we’ll journey right up to today’s expanded uses (including a dark, illegal use) and offer some shopping options for those who want to join the retro-inspired fun.

Do you have CB radio stories or advice? Share in the comments. 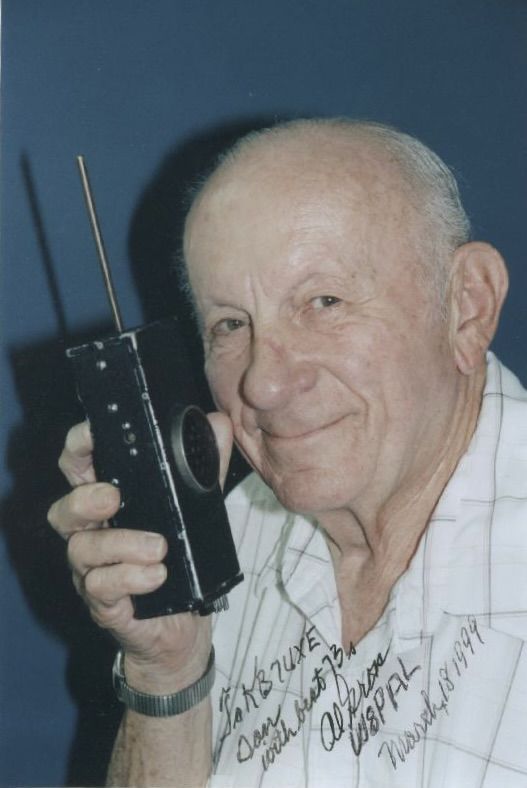 The CB (or citizens band) radio was invented in 1948 by communications pioneer Al Gross, a Canadian-born, Ohio-raised engineer. Gross also previously invented the walkie-talkie and contributed innovations in cordless and cellular phone technology, according to RoadPro Brands. 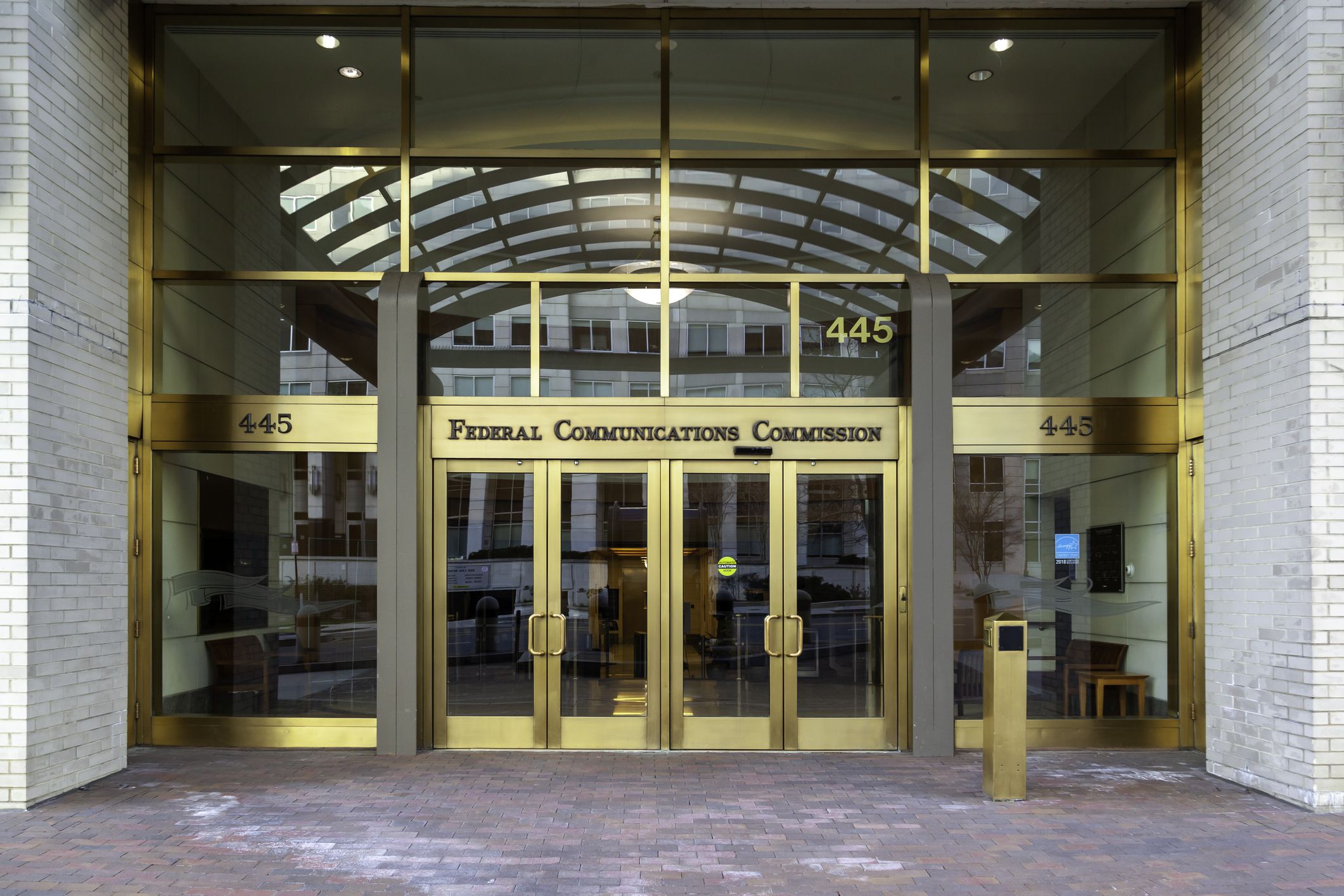 It was a few years earlier, in 1945, when the Federal Communications Commission created the Citizens Radio Service, setting aside some of the radio spectrum for use by folks for personal communication. This would allow and regulate uses ranging from remote-controlled model airplanes to business communications over the airwaves, according to the retailer CB World.

A typical CB radio features a transmitter-receiver and an antenna. The earliest radios operated on higher frequencies than today, a way of operating that required more technical equipment (which, in turn, cost more). What’s now considered the norm — frequencies of 27 MHz — came to widespread use in the late 1950s, and radios became more affordable for the average consumer.

For more cool auto stories, please sign up for our free newsletters. 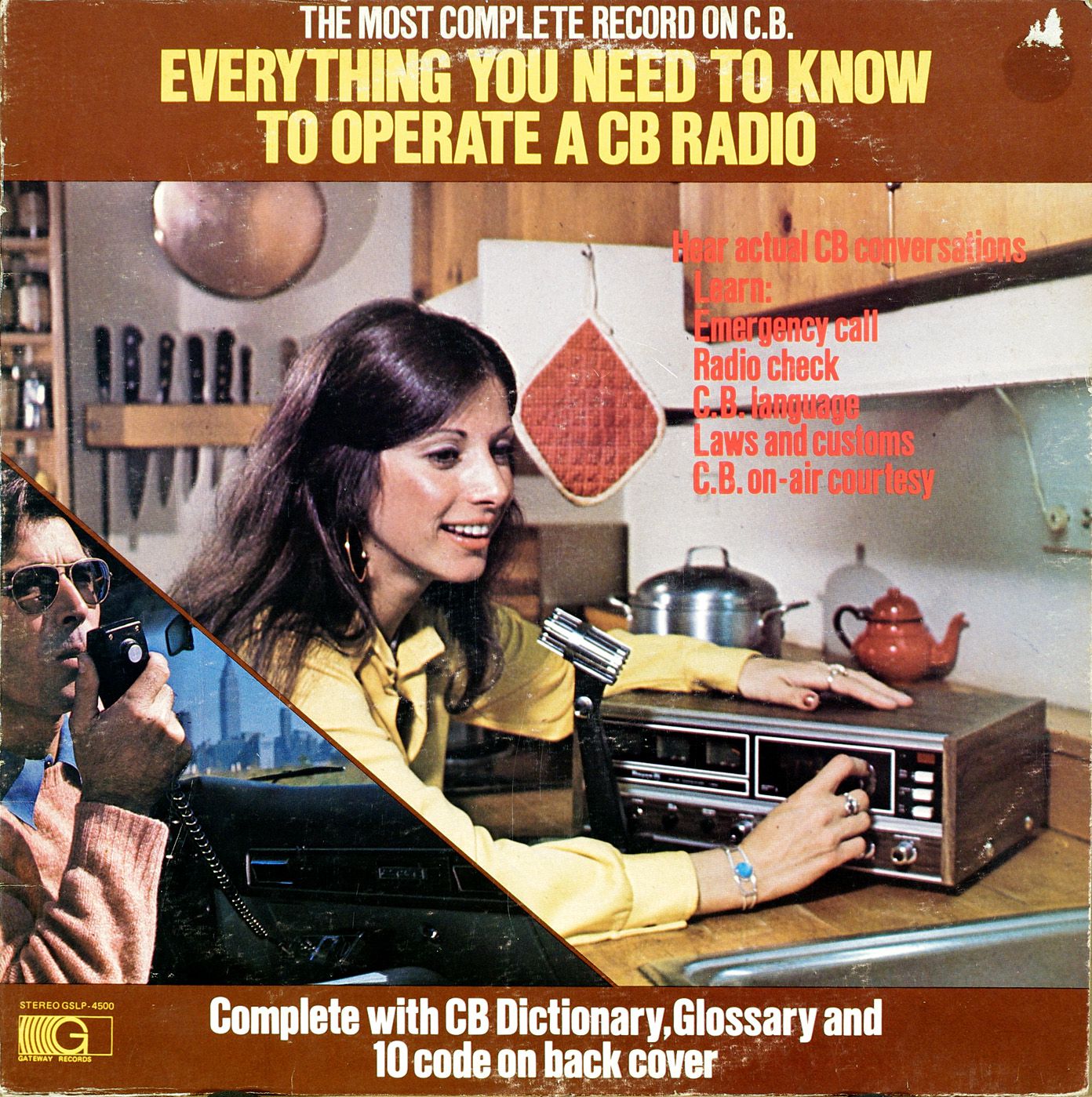 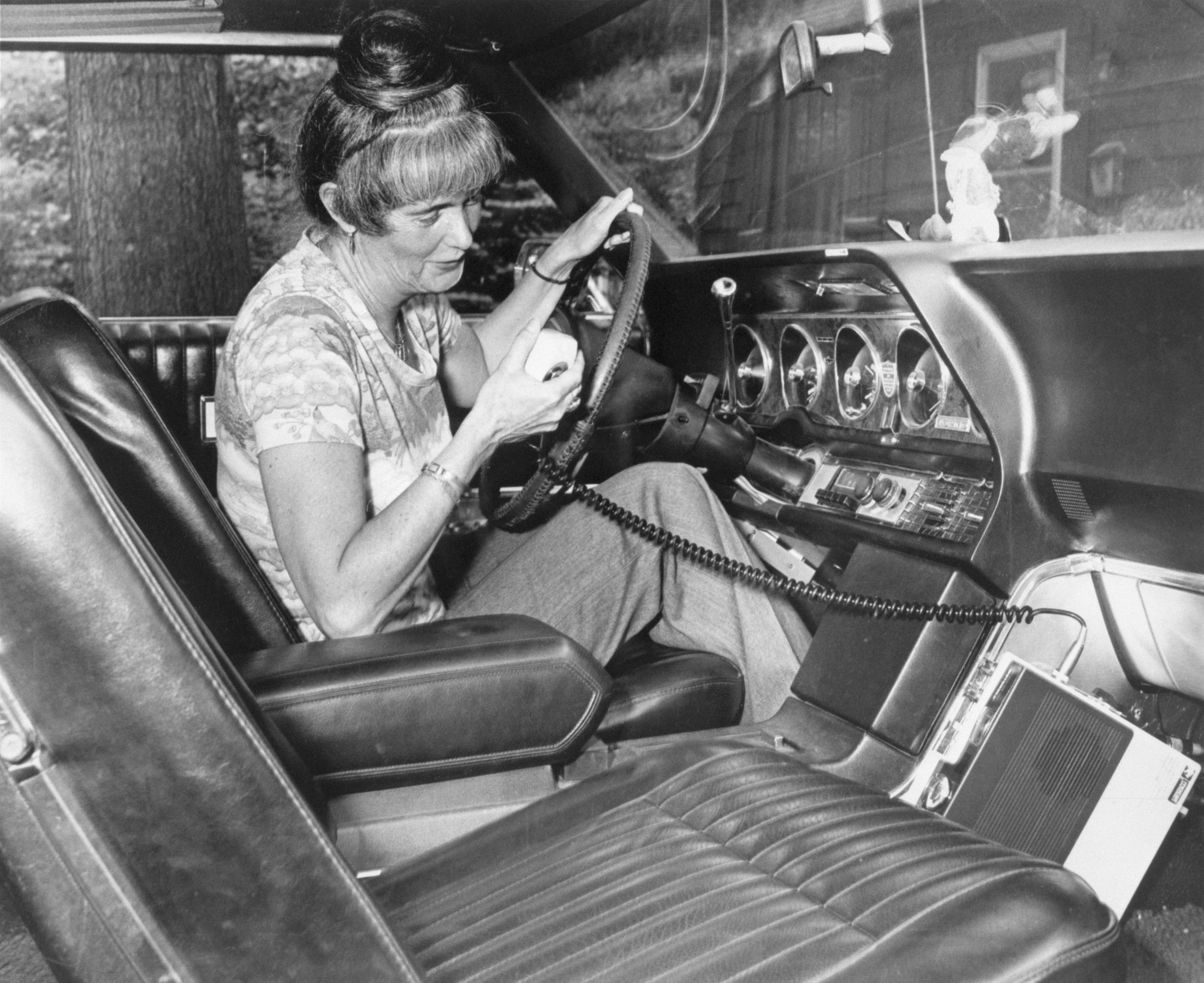 In the early days, when CB radios needed to “warm up” to send a complete message, codes were created as a shortcut to communication that was easier for the transmitter to capture and less likely to be cut off, LGT Transport says. Some, such as the most-popular “10-4” (meaning “message received”), would go on to become part of everyday speech. Originally designating 23 channels for CB use, the FCC would go on to expand that in 1977 to the 40 that remain today. Most CB radios operate within a 3- to 20-mile range, depending on factors such as terrain, so it’s not made for long-distance conversations. 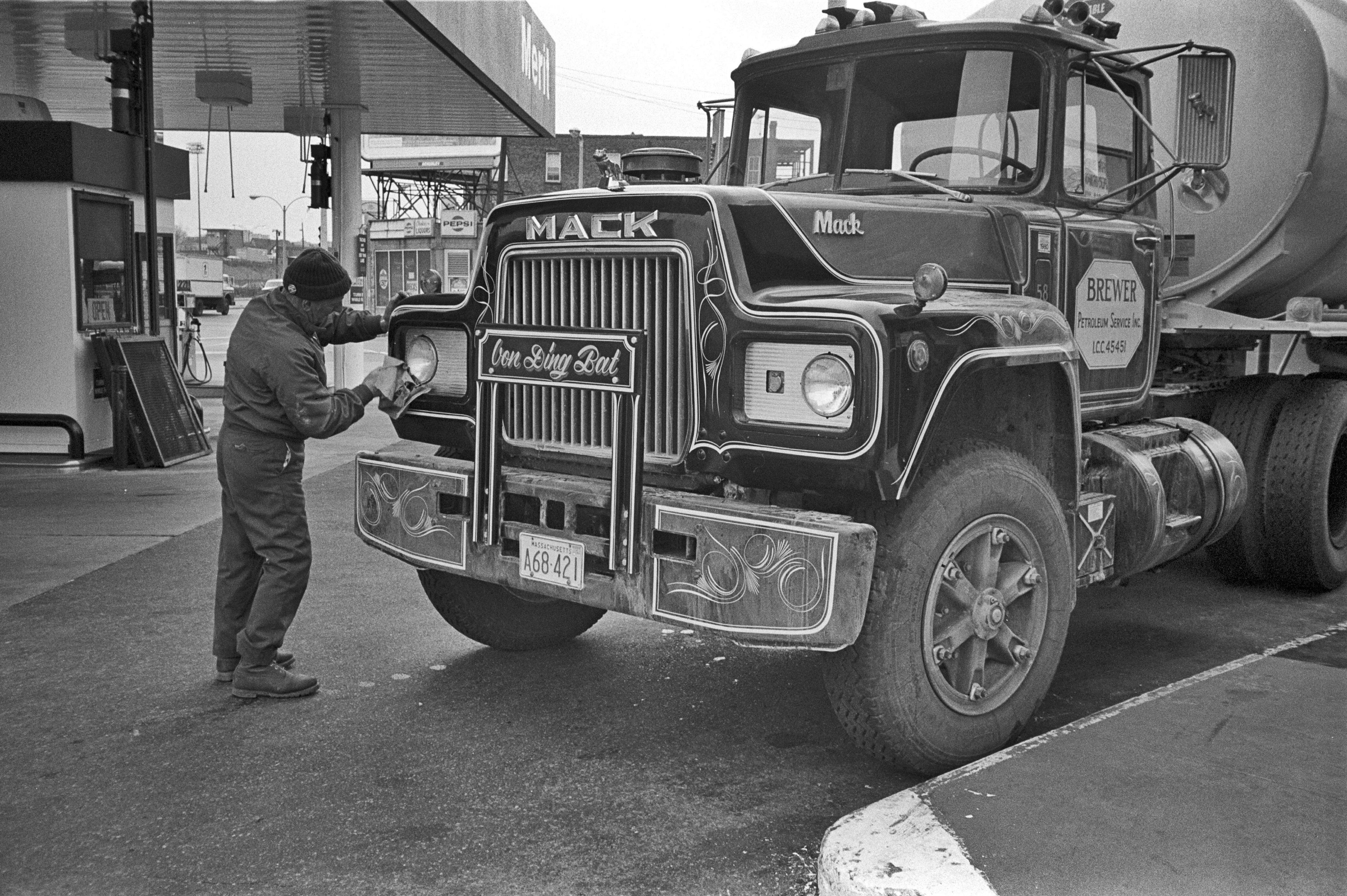 In its early decades, CB radio was most often used for personal communication but also employed by farmers, the military, and government entities. In the 1960s, taxicab companies turned to the radios as a way to communicate with their drivers, signaling the start of even wider uses of the devices. 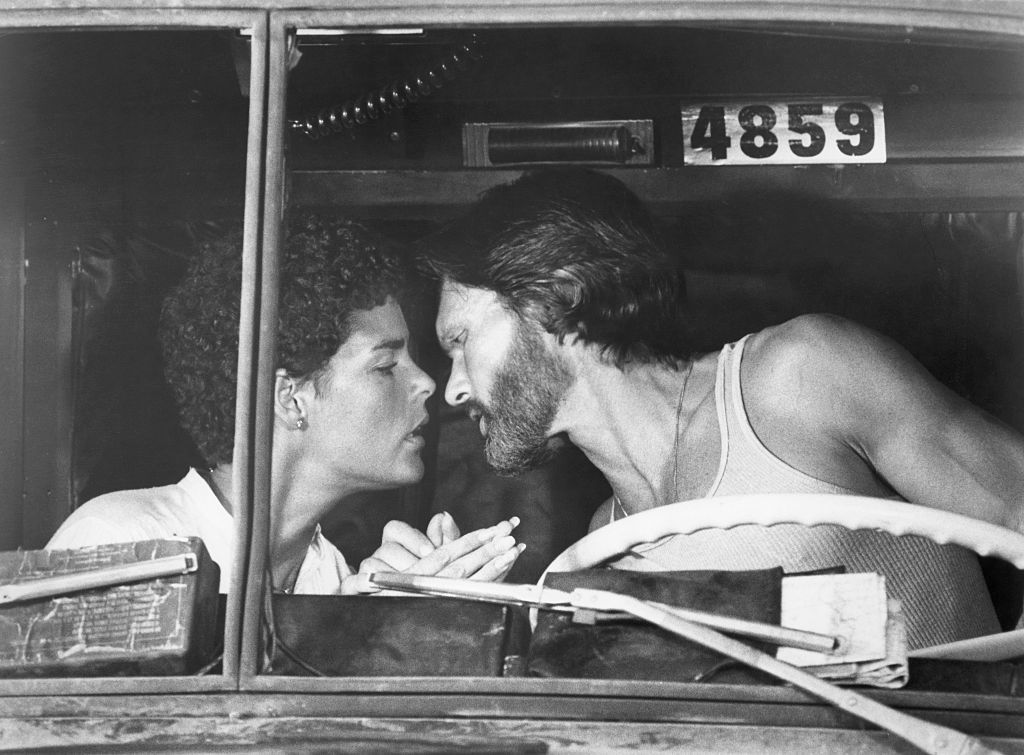 The surging popularity of CB radios in the ’70s had its roots in economics. “Partly because of the 1973 oil crisis caused by the OPEC oil embargo of that year, and a new, nationwide 55 mph speed limit meant to save U.S. fuel consumption, the use of CB radios served a genuine need,” meaning truckers used them to organize protests, find available fuel, and warn other drivers of speed traps, according to Harvest Gold Memories, a pop-culture blog. 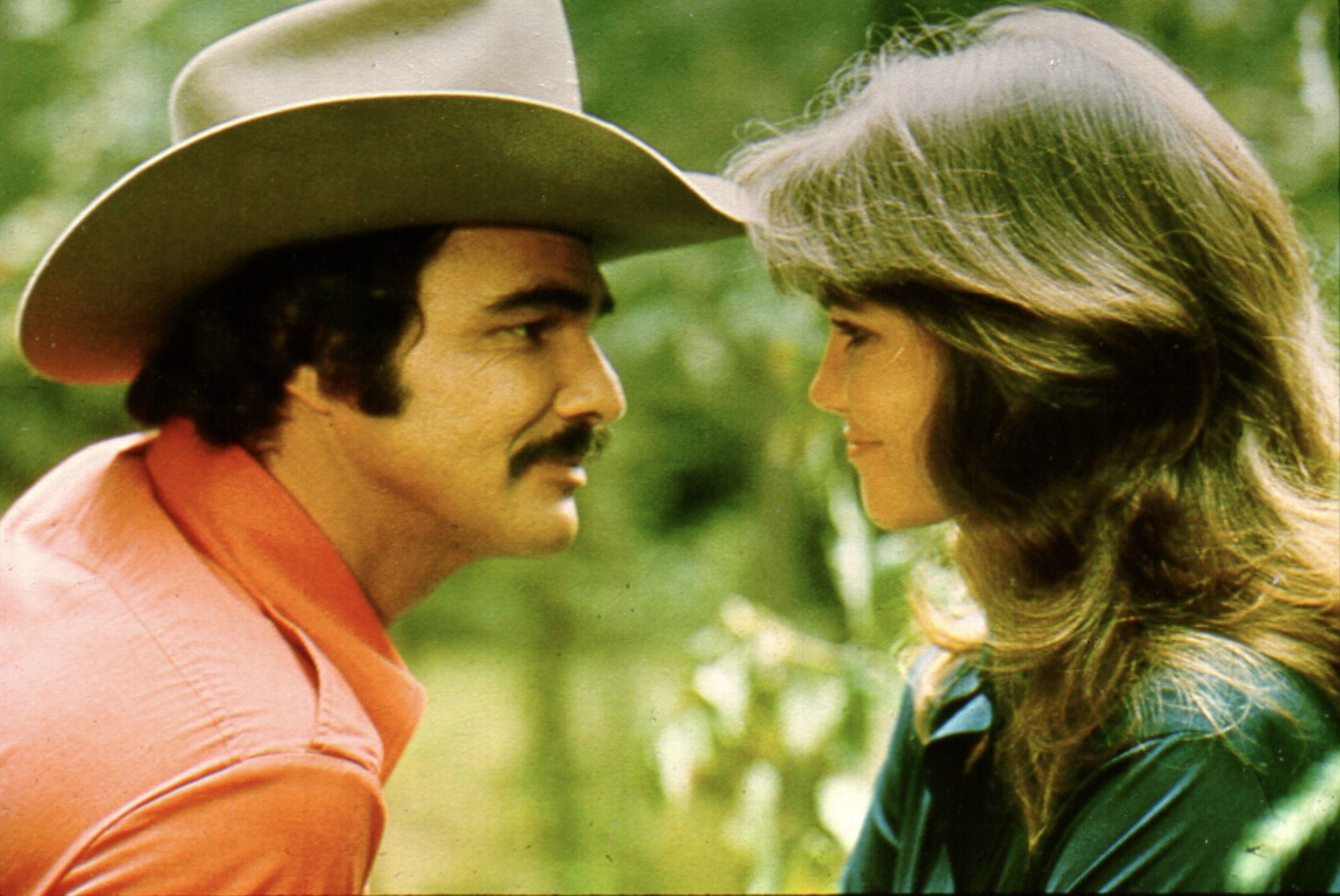 From the world of trucking, the CB radio leaped into mainstream consciousness via the entertainment world — such as C.W. McCall’s 1975 No. 1 hit song “Convoy,” a tale of a group of truckers gone rogue that would fill the airwaves and go on to inspire a 1978 Kris Kristofferson film of the same name. 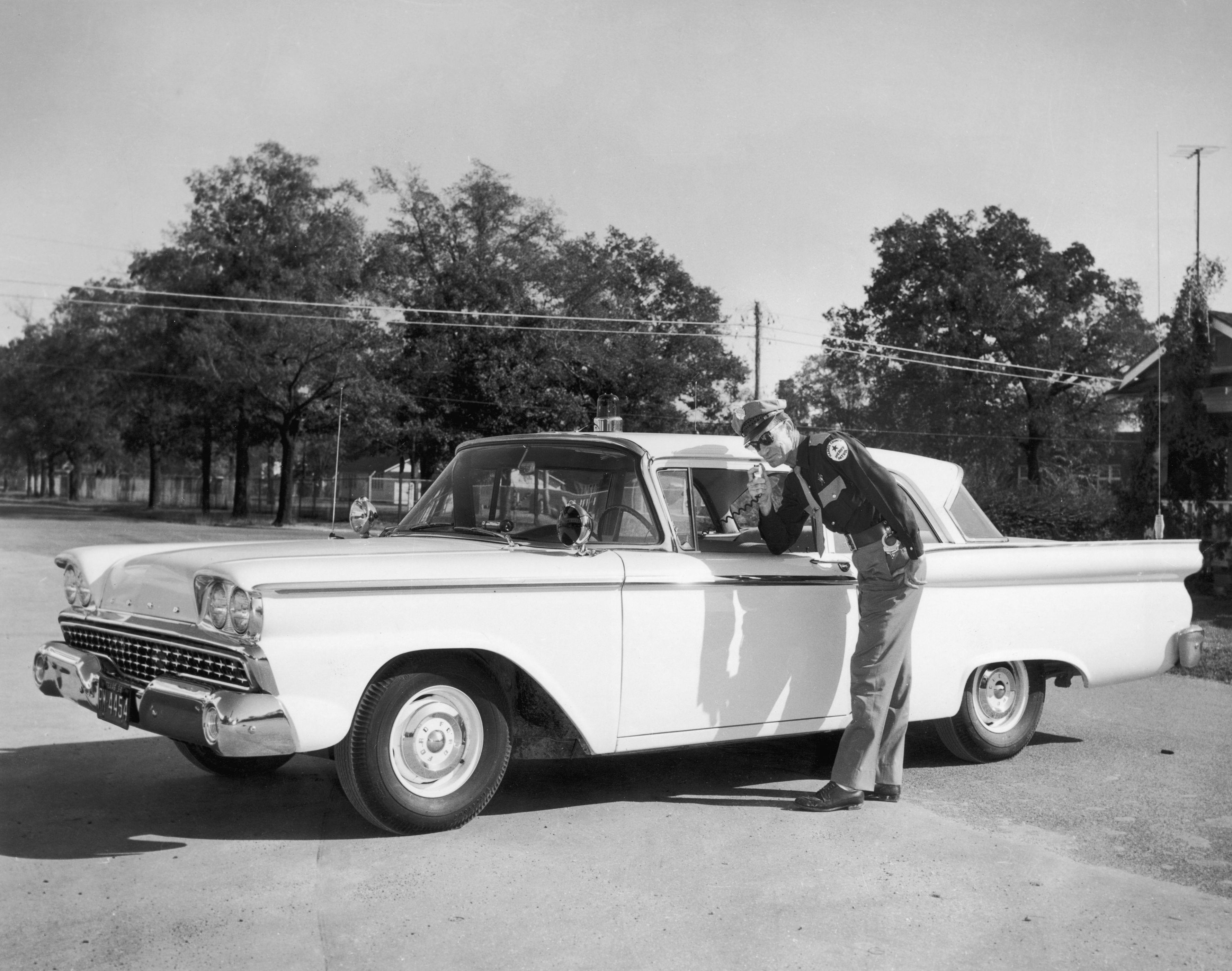 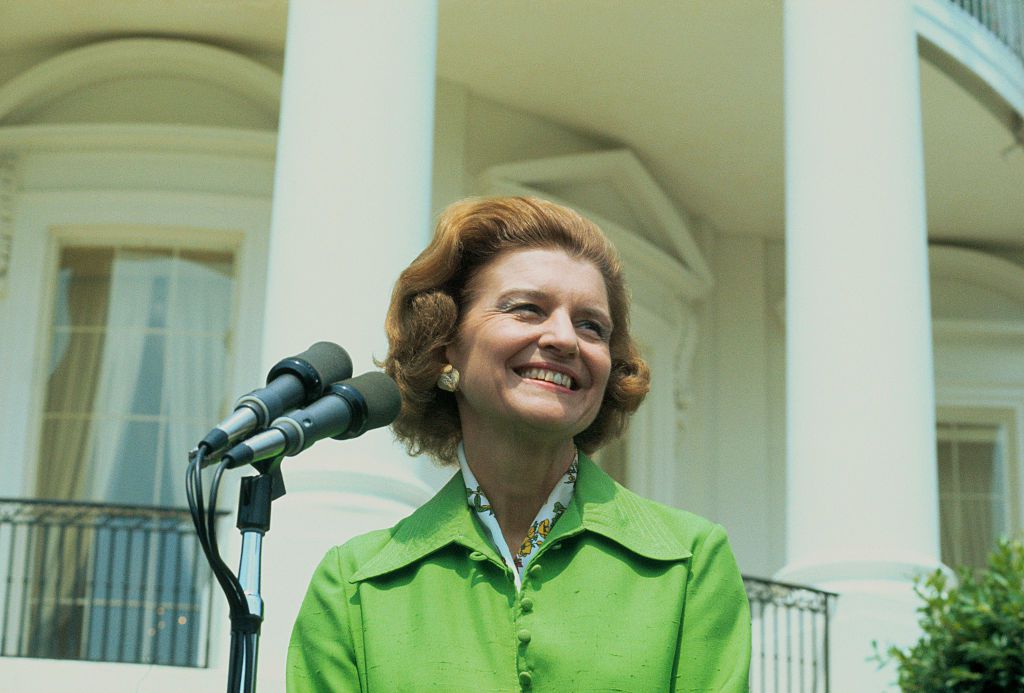 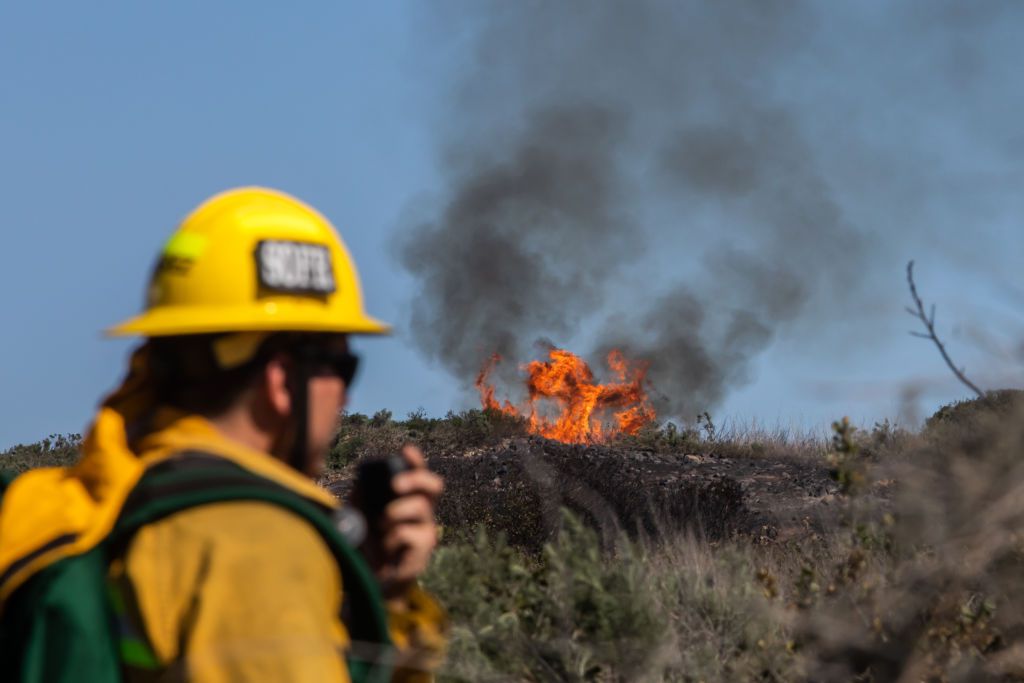 The growing allure of CB radio was no doubt helped along by the fun of its lingo. A “wiggle wagon” is a truck with more than one trailer, while “salt shaker” is code for a snowplow. A “rubber duck” is the first vehicle in a convoy, while “bears” are law-enforcement officers. The list goes on (and on). 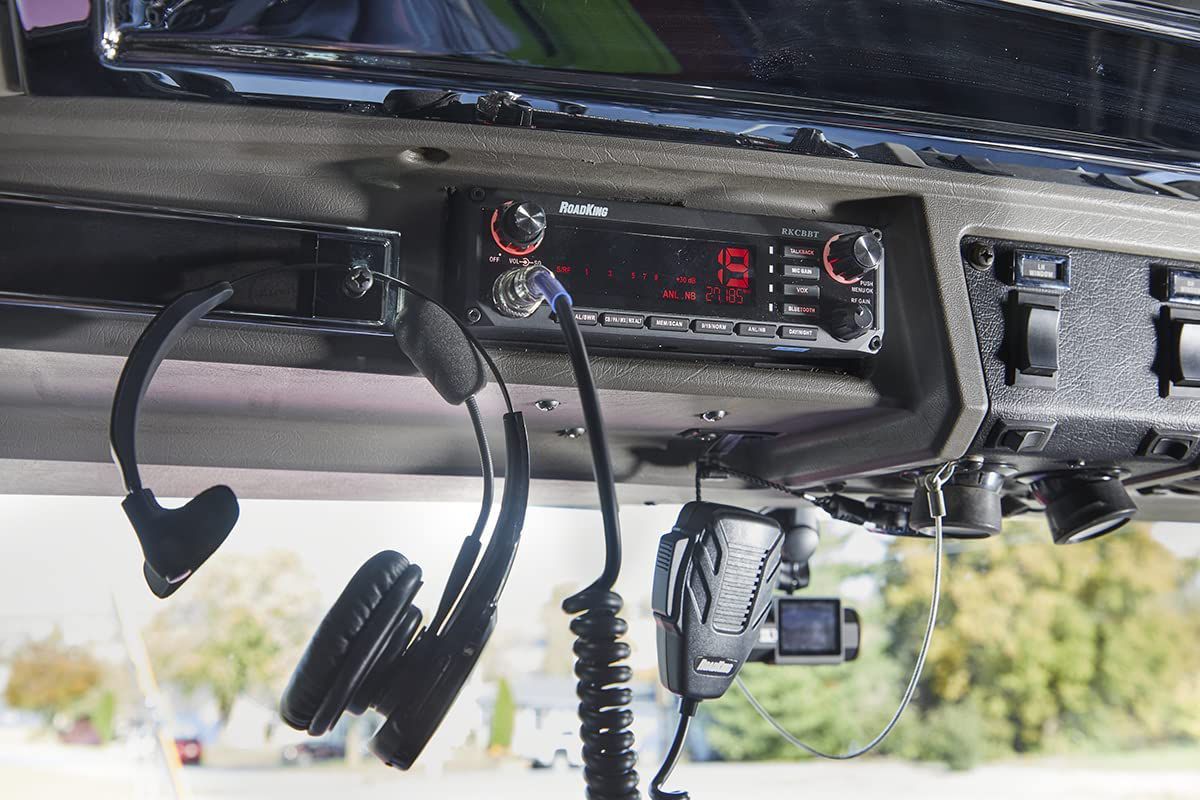 Talking on CB radio demands a handle — the name you go by over the airwaves, ranging from boastful to playful, serious to silly. It’s been reported that at the height of the craze, first lady of the United States Betty Ford went by the CB handle “First Mama” while on the campaign trail. Stumped at what to call yourself? Try the “handle generator” on CB World. 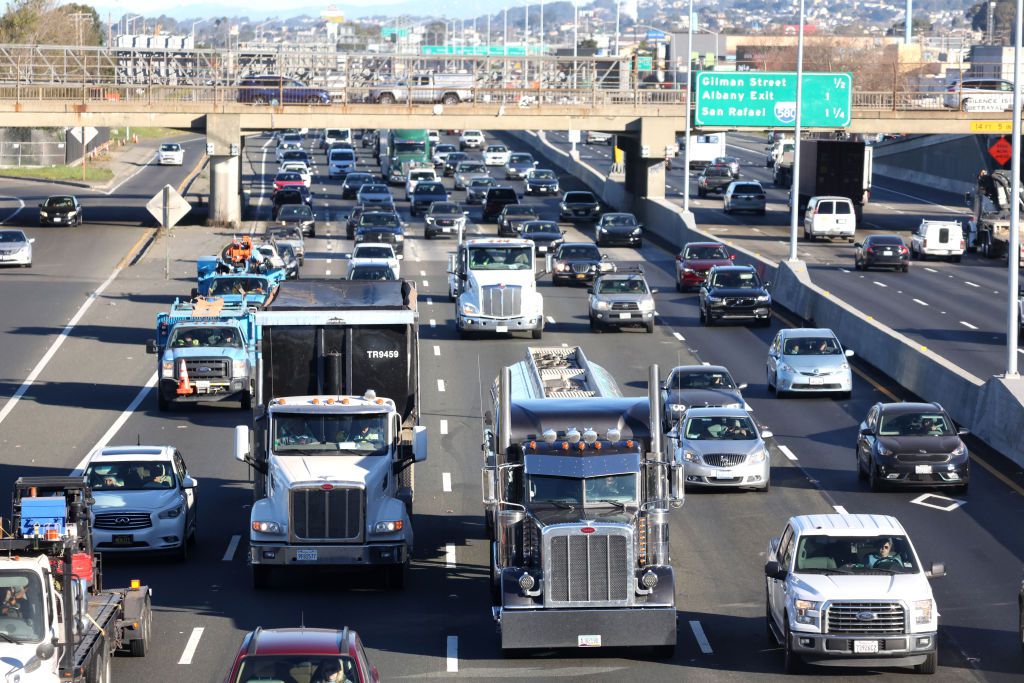 In Case of Emergency

Having a way to reach others quickly before cellphones was a clear attraction of CB radios, especially in emergencies. Travelers were otherwise forced to look for pay phones that once dotted roads and rest stops, which were not much help on a stretch of lonely highway. CB Channel 9 has long been designated the emergency station. “CB radios are utilized during disasters and emergencies and can save lives. Police, emergency responders, volunteer responders, and many more use CBs to communicate when infrastructure is damaged or nonexistent,” CB World says. 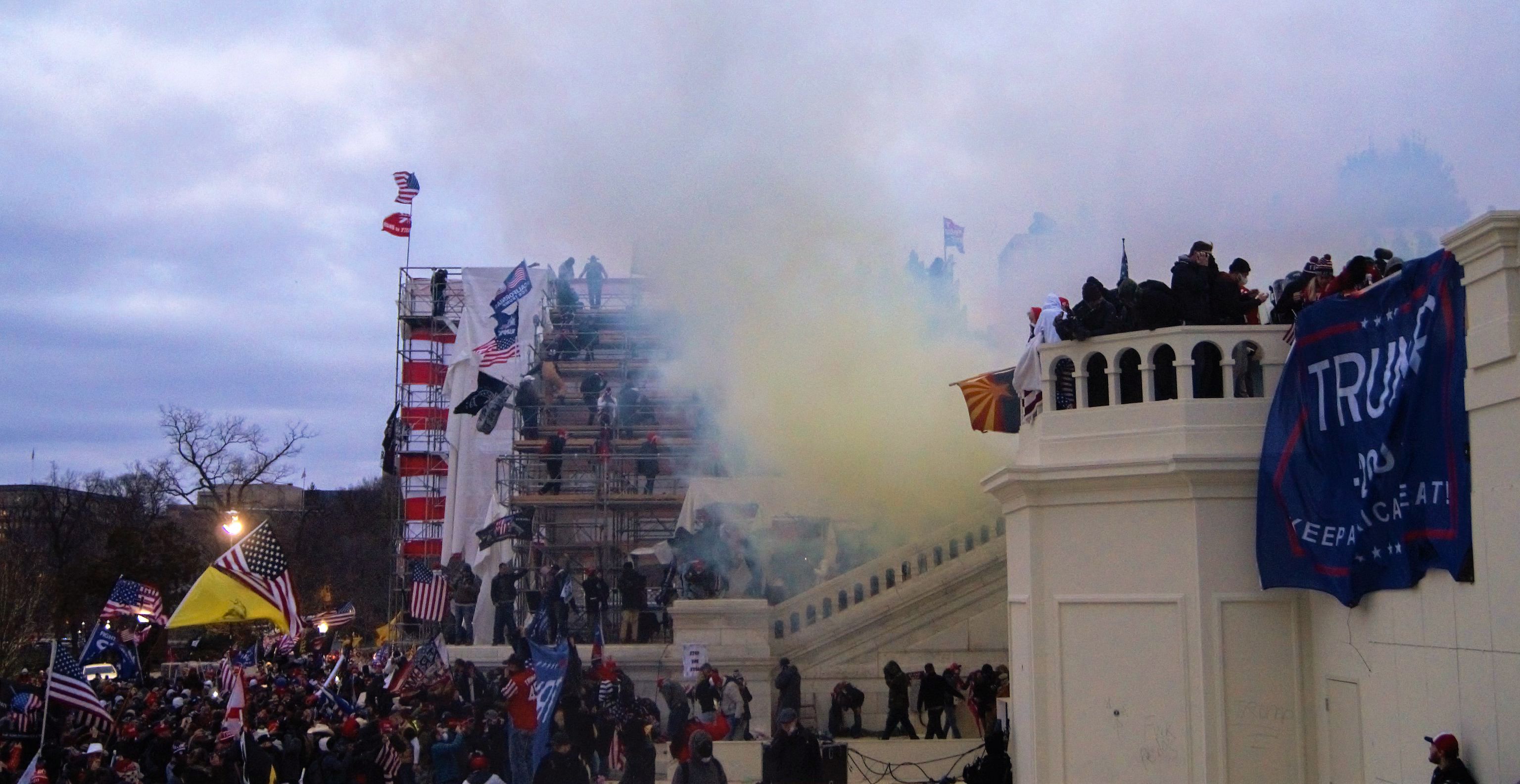 There have been updates to CB technology since the 1970s heyday. In just one example, last year RoadKing advertised a hands-free model “bringing the CB radio into the 21st century” with what it called a “seamless transition between CB radio, smartphone, and Bluetooth headset” ($181.50 from Amazon). But the features are many. 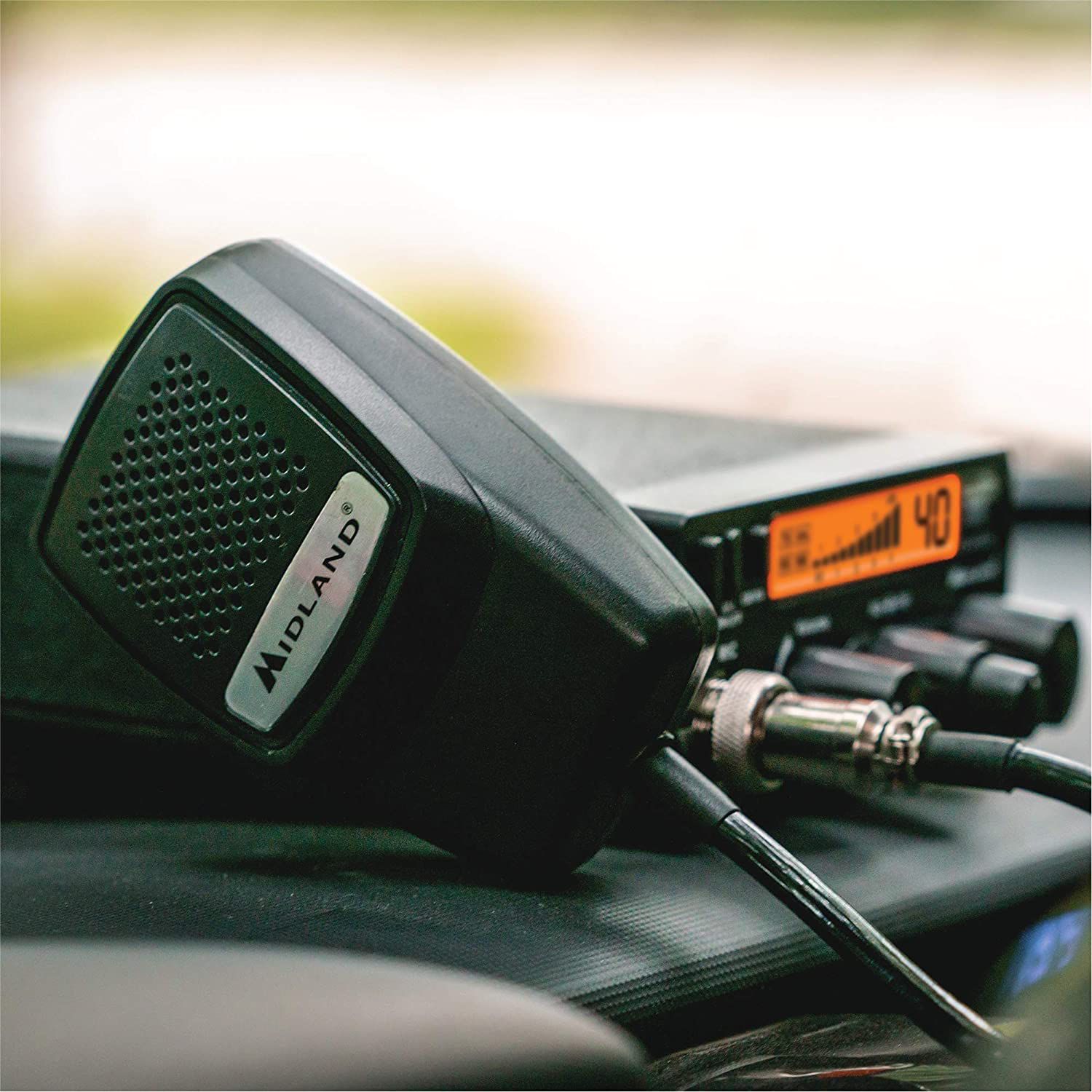 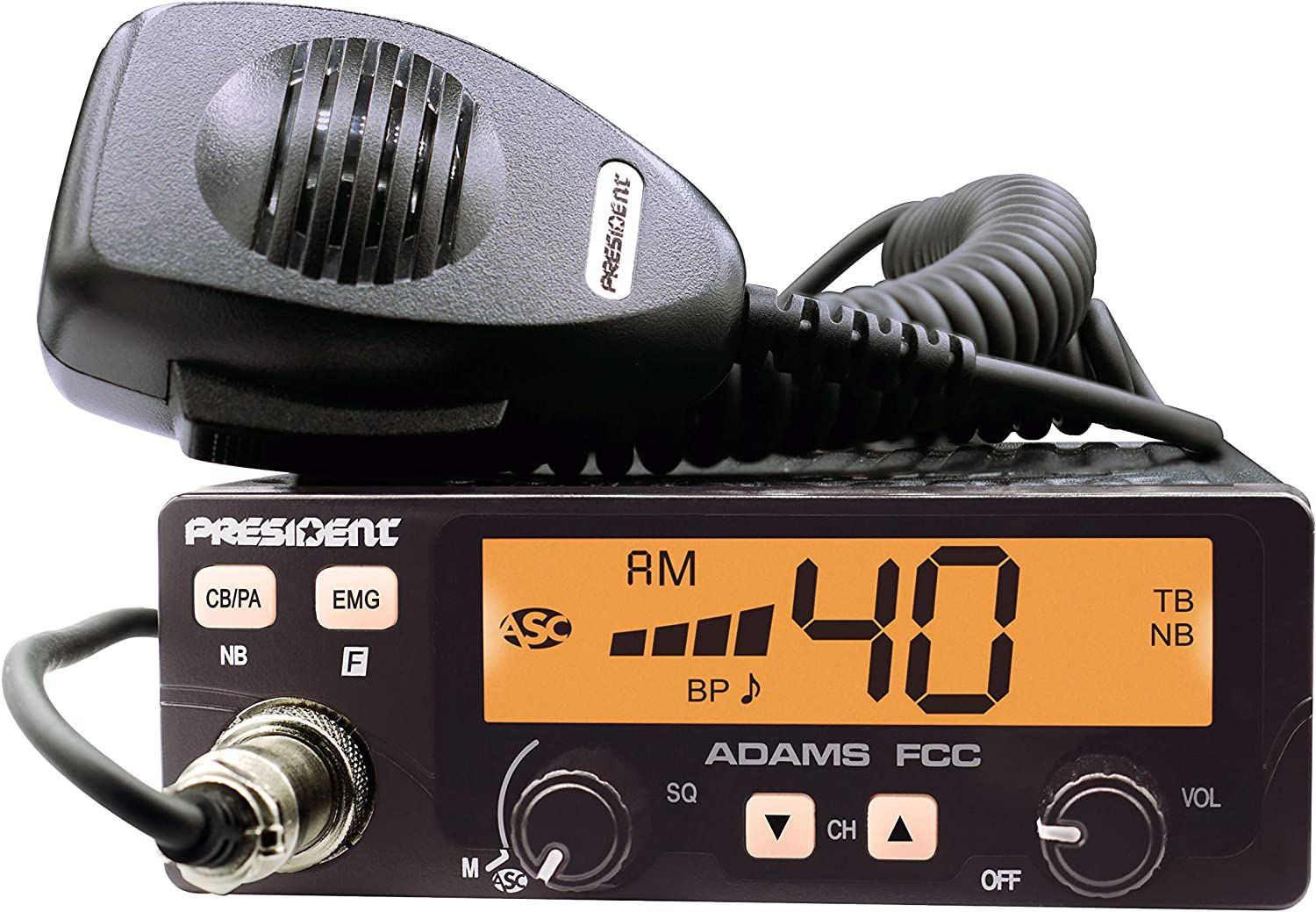 While truck drivers may not use CB radio as often as they used to, it remains essential for sharing information with other drivers regionally, including those you don’t know: “Cellphones may have become the more popular form of communication among drivers, but there is still a need to use the CB to warn drivers on travel conditions, hazards, and delays or to be warned by other drivers of what is coming,” RoadPro says. 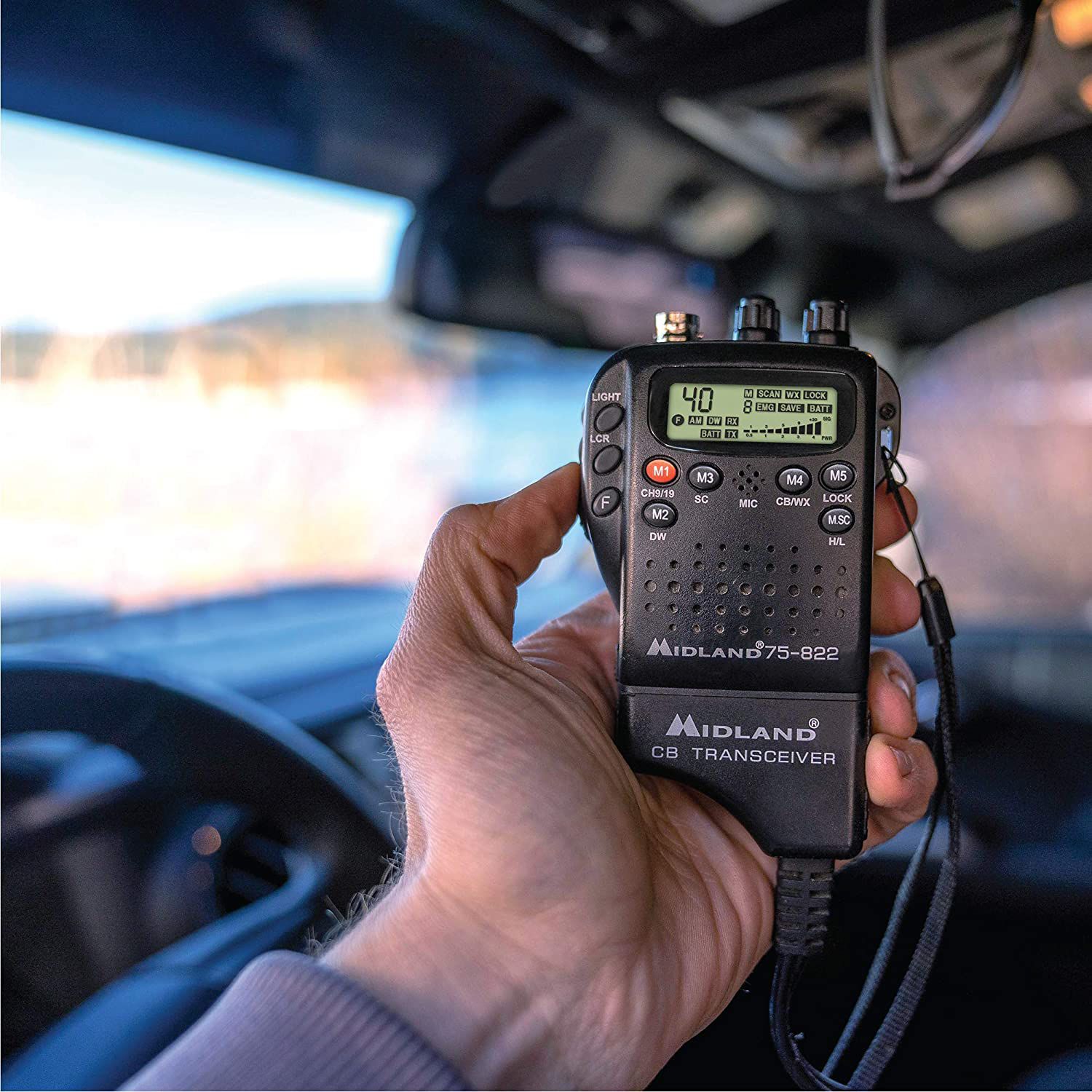 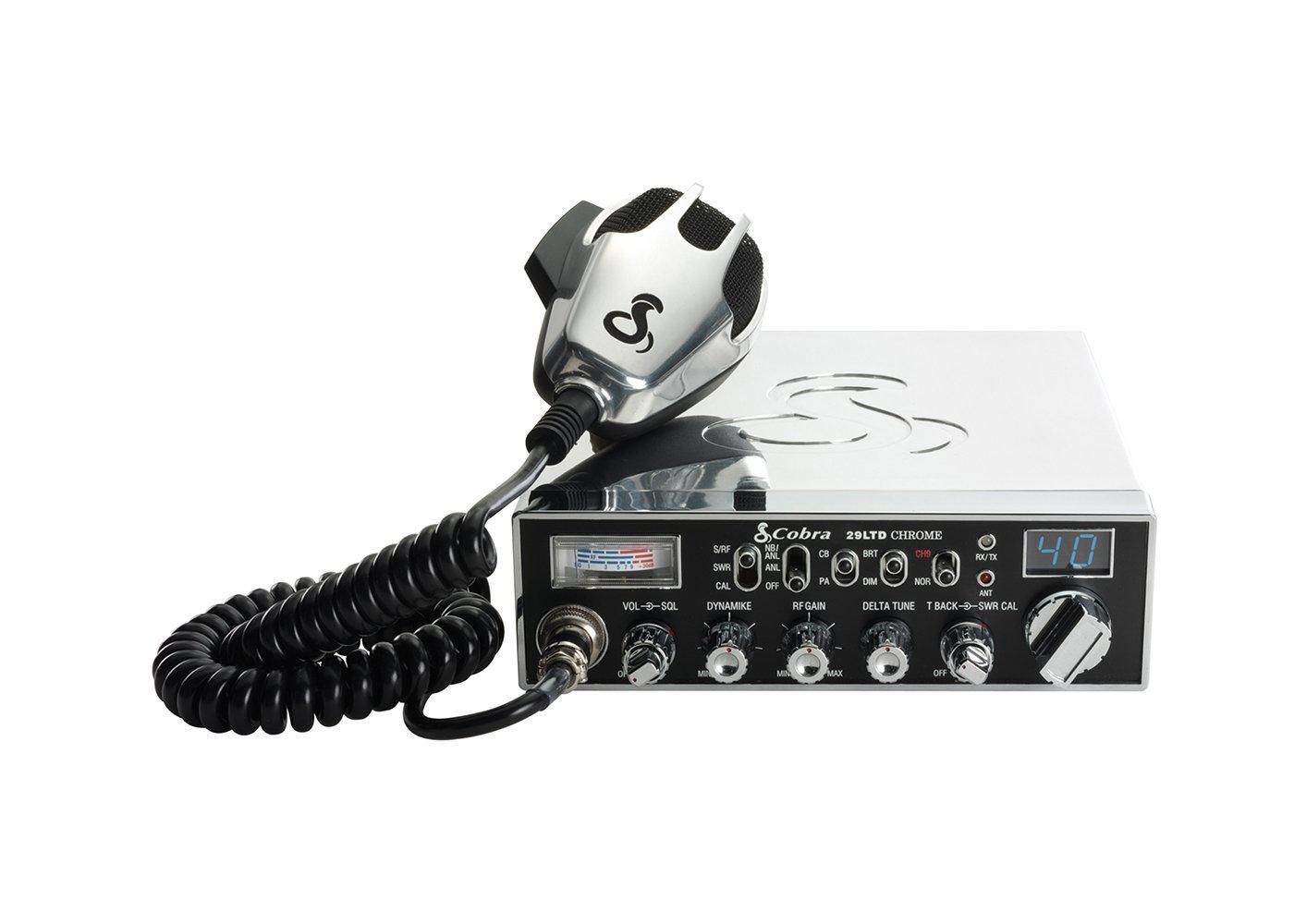 For the Beginner: The Midland 1001LWX

If you’re looking to join the CB radio world, there are plenty of options. In a best-products roundup on Lifewire, this 40-channel model with improved reception and an automated weather-channel scan was called the best option for people looking to “kick-start their hobby.” The review lauds simple controls, an easy-to-read LCD display, and a compact, lightweight design. 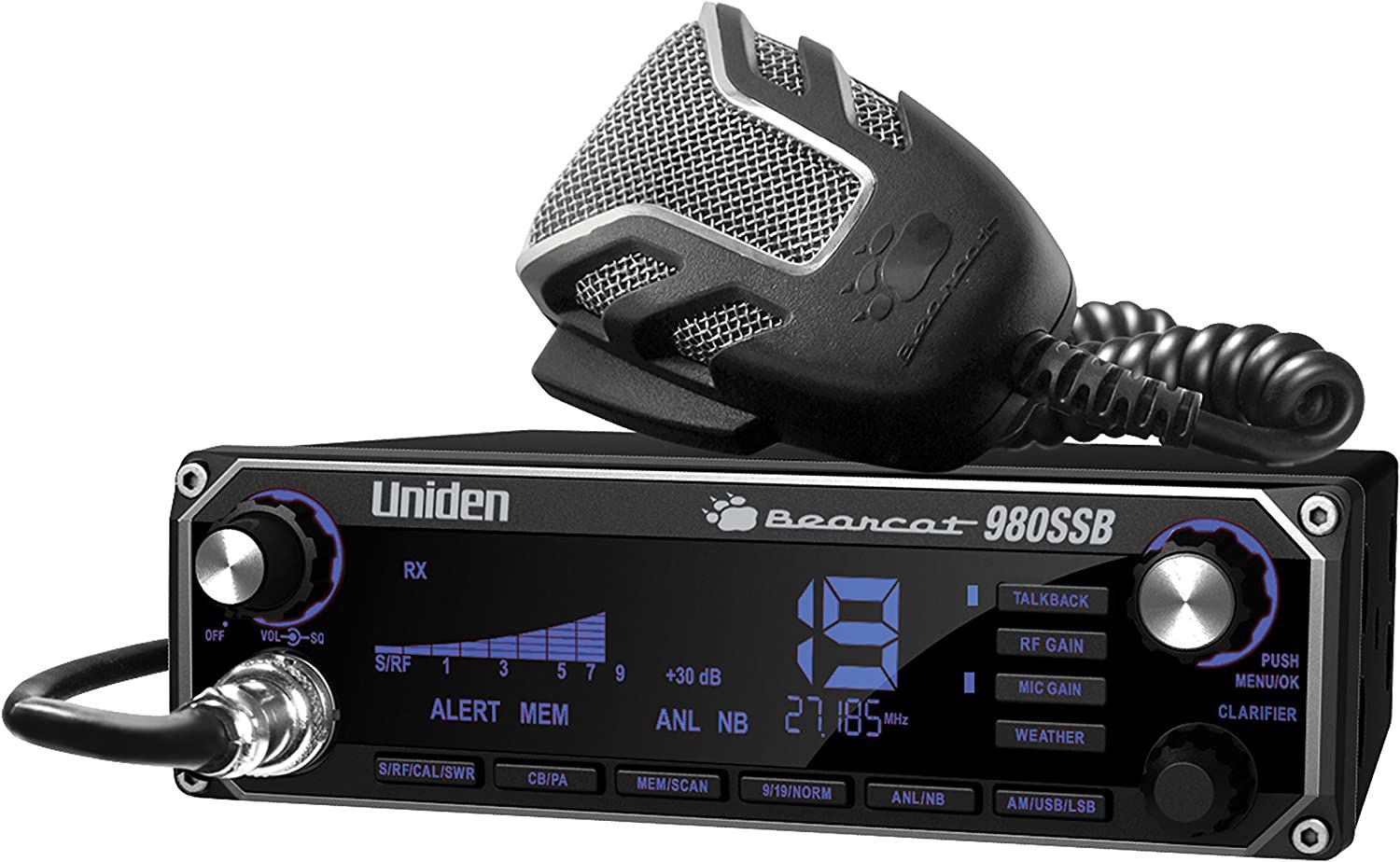 For the Budget-Minded: The President Adams FCC CB Radio

For reliability at a good price, TheDrive liked this model with programmable channel shortcuts and a public address option as a best-value pick. “It’s affordable. That usually means performance is out the window. That’s not the case here,” the site says.

10 Alexa Features You Should Be Using on Your Amazon Echo

The Best Last-Minute Halloween Costumes Call for No Planning, but a Little Imagination

The top 5 countries in the world to grow old in Americans looking to retire should plan to do so elsewhere, based on this year’s Global Retirement Index (GRI) by investment bank Natixis. The retirement index looked at the 44 countries taking into consideration important factors such as health, ...


View more: Report: Here are the top 5 countries in the world to grow old in ⁠— and the US doesn't even come close


View more: The Jeep Bows Out The V6 Diesel With The Wrangler Rubicon FarOut Edition

null I cancel streaming services all the time. It’s really easy, provided you remember to do it, and it helps you clear some space in your budgets (or save for holiday gift giving). Near the start of this year, I canceled Netflix — and came back. That practice is ...


View more: I would cancel Netflix, Hulu and Apple TV Plus in October — here’s why

VIDEO: How will Real Madrid deal with their 7 expiring contracts? BOOK YOUR TICKETS TO OUR EL CLASICO PODCAST IN MADRID. On this week’s world famous Real Madrid mailbag that goes up every week exclusively for Managing Madrid Patrons, Kiyan Sobhani and Lucas Navarrete spent an entire episode answering ...


View more: VIDEO: How will Real Madrid deal with their 7 expiring contracts?

AP PHOTOS: China marks 73rd anniversary in National Day A participant salutes the Chinese national flag at an event marking mainland China’s National Day organized by the Taiwan People Communist Party in Tainan in southern Taiwan on Saturday, Oct 1, 2022. In Taiwan, which Beijing claims as part of its ...

How often should you clean your oven? Experts weigh in