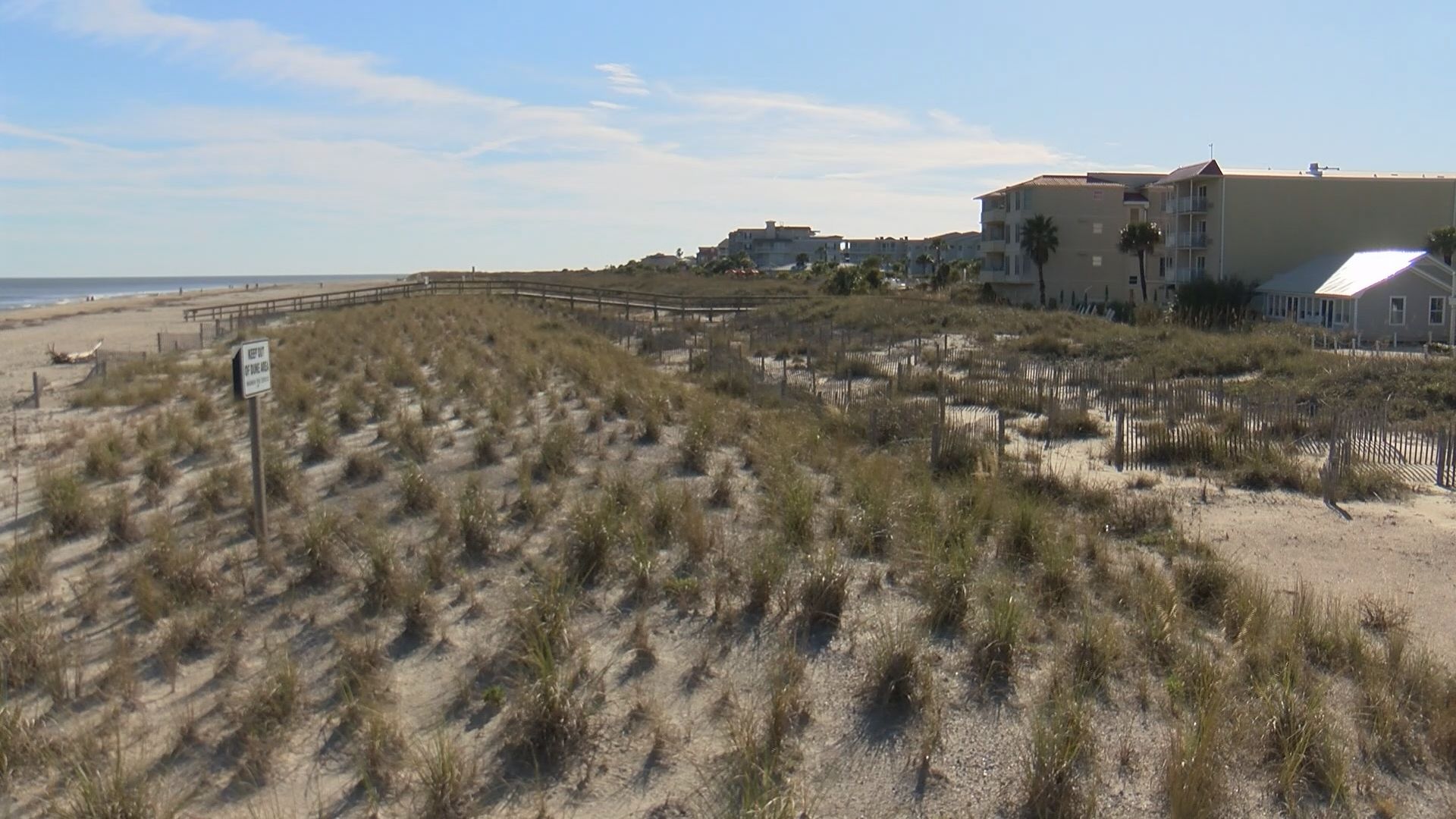 TYBEE ISLAND , Ga. (WTOC) – A group with the Skidaway Institute of Oceanography has been busy gathering data about the impact Hurricane Ian, had on Tybee Island’s shoreline. They mapped the shoreline before and after the storm.

Since March of 2020, the group has gone out every three months to monitor Tybee’s beaches and their manmade dunes. They fly drones around to develop surface elevation maps for the island and compare them to previous months.

After Hurricane Ian, they saw some significant changes.

“We saw about half the amount of erosion that we would get in a normal year from that one event,” said Dr. Clark Alexander, the director of the Skidaway Institute of Oceanography.

Dr. Alexander said, “it is significant and it’s a good thing that we don’t get these storms one right after another.”

In a regular year, Dr. Clark Alexander with the Skidaway Institute of Oceanography says they see about 60 ft. of erosion in areas that are eroding. With Hurricane Ian, the retreat of the shoreline was about 30 ft.

“But we also see about 60 ft. of accretion, so areas where sand is building up.”

Dr. Alexander has studied shoreline changes for 30 years with a specific focus on Tybee for about 2 ½. He says even with Hurricane Ian making landfall in Florida, Tybee saw big changes although not big enough to reorient the shape of the coastline.

“You’re seeing more of a redistribution of material.”

He says after the island finished their renourishment project in 2020, the city started to fund their research to monitor the beach on a quarterly basis. Dr. Alexander says how the city has worked to protect the island was tested during Hurricane Ian.

“All in all, right now the island is in really great shape.”

He says the research they’re doing also helps them learn things like that Tybee will start to see some erosion into their dune structures within the next few years. He says they also use tools lthat use current erosion rates to determine future erosion.

A map shows how far landward the shoreline will move over the next three years.

With this information, the city can plan to do things like targeted renourishment projects.

“It allows us to tell them, next year when you write your budget think about budgeting for 10 dump truck loads of sand to reinforce this area where we know the beaches will be impacted.”

Dr. Alexander says the island did see some impacts from Tropical Storm Nicole as well. He says they will be going out in the next few weeks to assess the beach.

The reactions are mixed, to put it lightly. Fans of Beyoncé got a sweet new surprise this week when Madame Tussauds Berlin unveiled their newest wax figure, but reactions to the news came out a little more mixed than you may expect. The popular museum revealed the news on Instagram on ...

The Fighting Irish will play at NC State for the first time in nearly four years Notre Dame Women’s basketball is back on the road on Sunday afternoon at No. 20 North Carolina State. The Fighting Irish downed Florida State 70-47 Thursday night for their fifth consecutive victory. Where: ...


View more: Federal prosecutors said to be investigating George Santos as some donors impossible to find

A body language expert pointed out Prince Harry‘s “sass” when he spoke about his time in the military during the Netflix documentary Harry & Meghan. The expert said Harry displayed a “sassy” gesture when he said he went to war twice. Meghan Markle and Prince Harry | Chris Jackson/Getty Images ...