RGS Guildford have made a flying start to the SOCS Daily Mail Schools Trophy including a first win in 11 years over Epsom College.

That 15-10 win was followed up by accounting for Wimbledon College, 38-7, and last weekend a 19-14 success over King’s College Wimbledon.

‘King’s were a very well drilled team and the match could have gone either way,’ reported head coach Bob Dudley. 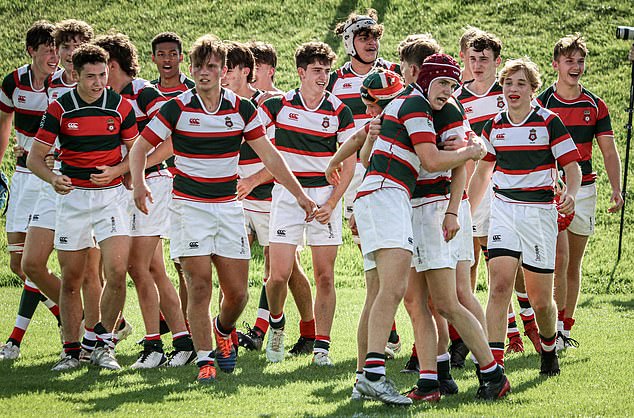 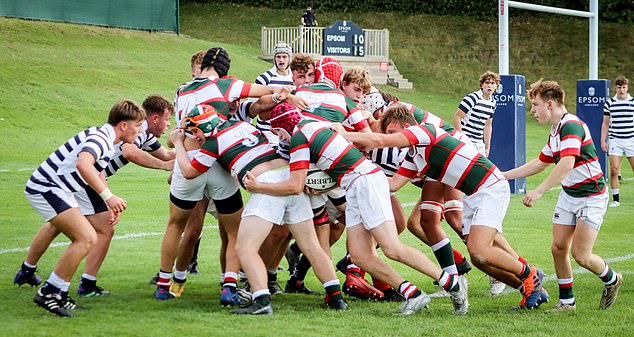 ‘We played well against Epsom to start the season and have kept up the hard work.’

RGS conceded an early try to King’s only to dominate the rest of the first half for a 14-7 lead at the interval.

And a further try after the break helped repel a late response from King’s.

RGS, whose former players include ex-England and Harlequins forward Jack Clifford, are maintaining the connection to the Premiership club this season through academy member Tom Humphreys.

He scored a crucial try in the win over Epsom which started his team’s impressive start to the campaign. 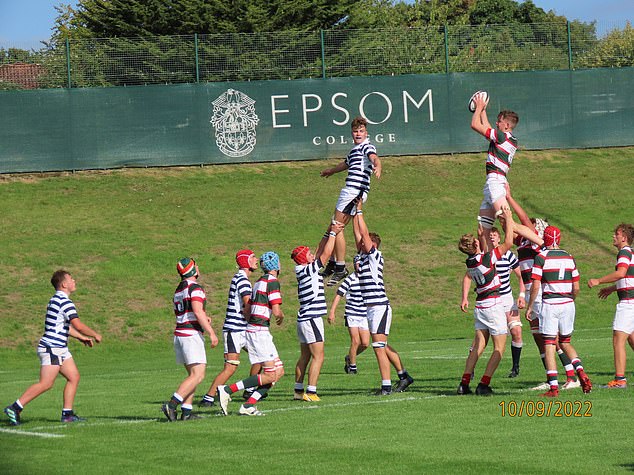 RGS have also had support from another ex-pupil in RFU president Nigel Gillingham who watched the win over Wimbledon College.

Among the other teams to make a confident start are Hampton who have posted four straight wins, including a 41-15 win over RGS High Wycombe last weekend. 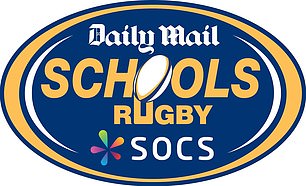 Champions Berkhamsted are also unbeaten in two games having defeated Warwick, 27-10, and Bromsgrove, 27-5.

Sedbergh, pipped by Berkhamsted last year, lead the table after claiming three wins. Among them a 36-5 triumph over former champions Woodhouse Grove.

The Trophy, which is run on a merit table basis by SOCS, the schools system company, has attracted a record 141 teams this year.

Ford Trails Tesla In EV Sales, the Tesla Cybertruck Could Change Everything

4 Advantages the Ford Escape Has Over the Toyota RAV4

Driven: The 2022 Ford Bronco Raptor Can Take You Anywhere You Want

2 Ford SUVs Are No Longer Recommended By Consumer Reports

5 Best Used Midsize Cars Under $20,000 According to Autotrader

5 Best SUVs for Driving In the Snow According to U.S. News

At long last the pricing for the next-gen Ford Ranger has finally been revealed alongside a bombshell of new information, giving local motorists all they need to know before the first models arrive in dealerships across the country in the next two weeks. At launch, the bakkie will only ...

The exclusive distributor of Ford in Malaysia, Sime Darby Auto ConneXion (SDAC), is set to strengthen the brand presence of Ford in Penang with a new 3S centre. The company recently held a ground-breaking ceremony for a new facility in Seberang Prai. Upon completion, customers will be able to experience ...

Sime Darby Auto ConneXion (SDAC) has literally broken new ground to make way for the construction of its upcoming Ford 3S Centre in Penang. With an investment of RM16.6 million, SDAC is looking at enhancing the new Ford 3S Centre with the latest customer service experience and as well as ...

The electric-powered Ford F-150 Lightning has been drafted. As part of a pilot study, a trio of Lightnings is the first step by the U.S. Forest Service to transition from internal-combustion-powered trucks to batteries. Initially, the trucks are to audition in Pennsylvania’s Allegheny National Forest, Michigan’s Huron-Manistee National Forest, ...

The car with the most American/Canadian content for 2022 is … cue the drumroll … the Lincoln Corsair, in both standard gasoline-fueled and plug-in hybrid guise. Both versions of Lincoln’s compact luxury crossover earned a score of 86 — due to 72% of its parts coming from one of ...


View more: Made in America | These cars top the most-American list

3 Fuel-Efficient Pickup Trucks That Can Tow 9,000 Pounds or More

Are you looking for a truck that does it all? These fuel-efficient pickup trucks that can tow 9,000 pounds come from Ram, Chevrolet, and Ford. Since these are all 2021 options, you might be able to find a new one sitting on the back of a dealership lot. Otherwise, you ...

GT1’s carbon fiber-bodied Ford GT If you missed your chance to buy a new Ford GT in the 2000s, you’re unexpectedly in luck. Michigan-based GT1 bought the last 30 chassis and plans to resume production of the coupe in the coming months with several modifications, including nearly tripling the ...

3 Advantages the 2022 Kia Telluride Has Over the Ford Explorer

2 Advantages the 2022 Ford Explorer Has Over the Kia Telluride

3 Pickup Trucks to Tow Your Way Through 2023 With Ease

Which Electric Truck Would You Buy? It Depends on How Old You Are.

The 2023 Ford Expedition Took a Tumble in SUV Rankings

The Most Reliable Ford Diesel Truck According to MotorTrend

Ford Figo: Horrendous experience getting the AC fixed at an FNG