Woods flew to Wilmington on Tuesday for a meeting of top players to discuss the threat of the Saudi-funded breakaway ahead of the BMW Championship. 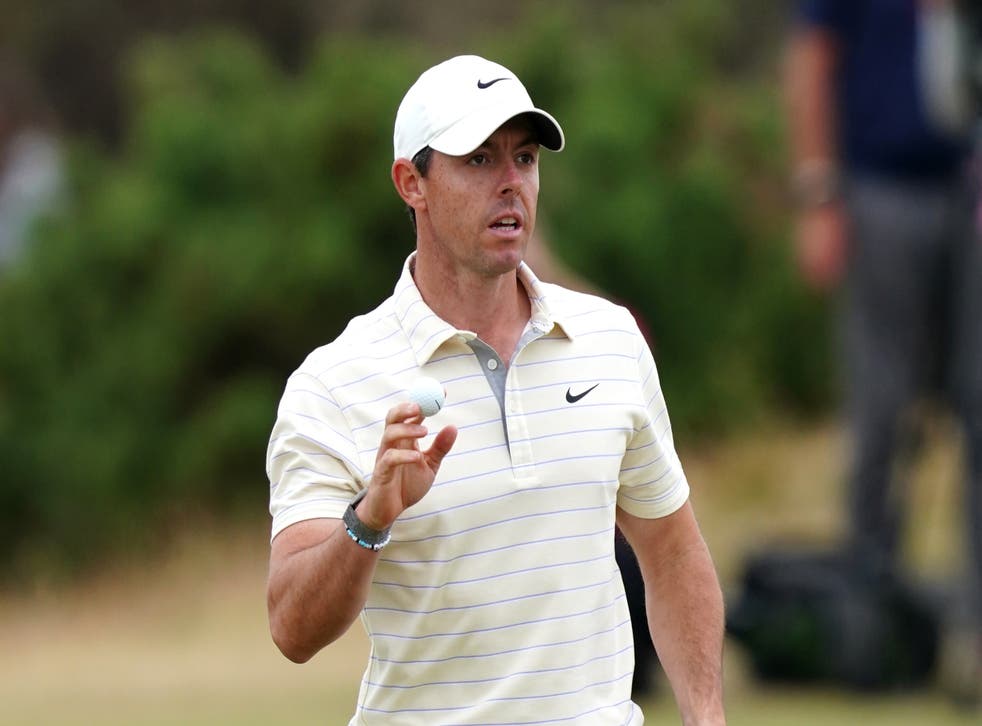 Rory McIlroy has hailed the role of Tiger Woods as the “alpha” figure in the PGA Tour’s fight against LIV Golf.

Woods flew to Wilmington on Tuesday for a private meeting of top players to discuss the threat of the Saudi-funded breakaway ahead of the BMW Championship.

The 15-time major winner had not qualified for the second FedEx Cup play-off event after playing just three times in 2022 following the car accident in February 2021 which almost resulted in his right leg being amputated. 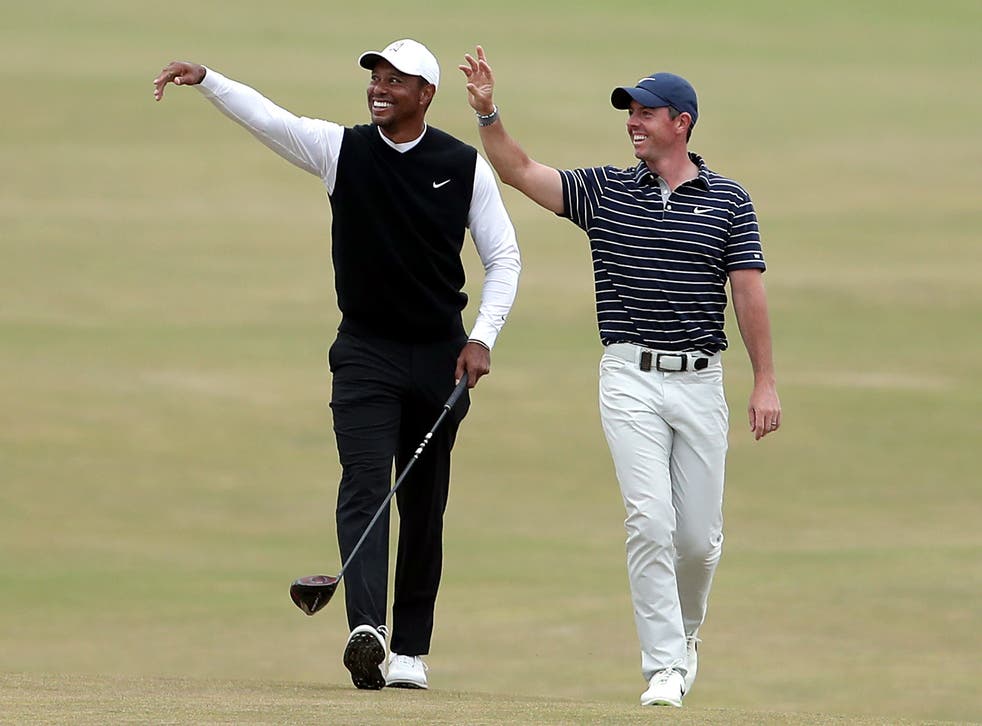 Players in the meeting were reluctant to divulge details of what was discussed, but McIlroy said: “I think the one thing that came out of it, which I think was the purpose, is all the top players on this Tour are in agreement and alignment of where we should go going forward, and that was awesome.

“We need to get the top guys together more often than we do.”

Asked about the presence of Woods, who made the journey from his home in Florida alongside Rickie Fowler, McIlroy added: “It’s impactful and I think it shows how much he cares about the Tour.

“I think it shows how much he cares about the players that are coming through and are going to be the next generation.

“Like it or not, they can’t really sell Tiger Woods anymore. The Tour had an easy job for 20 years. They don’t have Tiger – yes, they’ve got a bunch of us and we’re all great players, but we’re not Tiger Woods. We’re moving into a different era, and we just have to think about things a little differently. 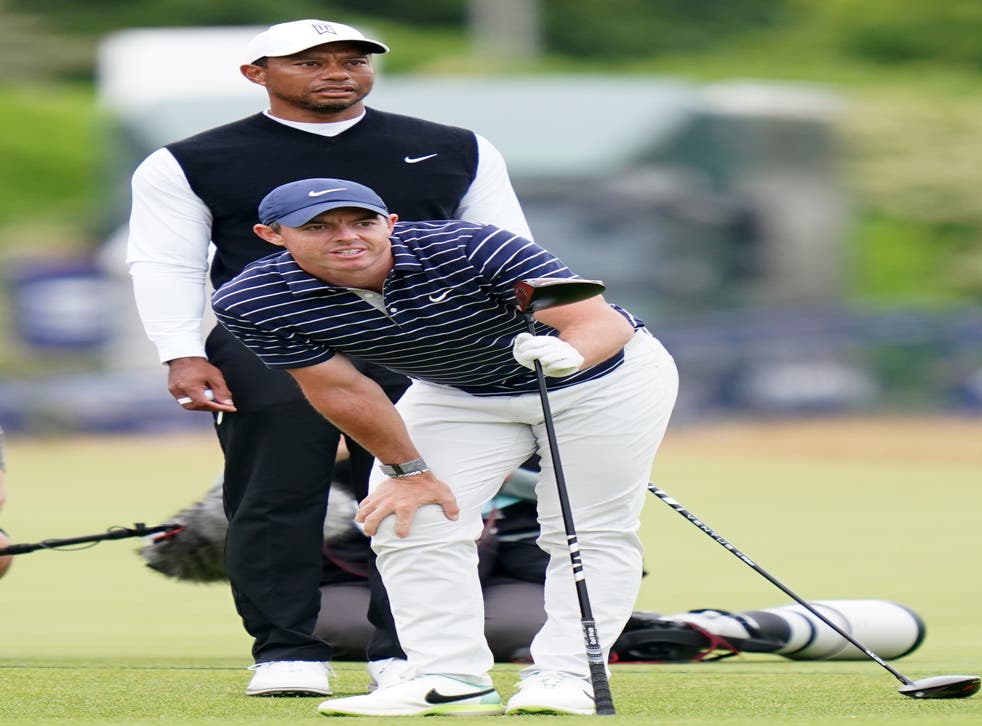 “He is the hero that we’ve all looked up to. His voice carries further than anyone else’s in the game of golf. His role is navigating us to a place where we all think we should be.

“I think it’s pretty apparent that whenever we all get in the room there’s an alpha in there, and it’s not me.”

McIlroy missed the cut in the first play-off event in Memphis last week but has turned that to his advantage by undertaking extensive preparations at Wilmington Country Club, where the top 30 in the FedEx Cup standings on Sunday will advance to the Tour Championship.

“It’s a good golf course,” McIlroy added. “It’s a golf course that is a little more up my alley compared to say last week in Memphis.

“I was a little rusty last week as well, but a lot more drivers off the tee (here), a lot of room off the tee. Length is an advantage here, where in Memphis it’s not really. Just my sort of golf course that I feel like I can excel on.

“I got here Friday night after the missed cut and I’ve been on the course every day since Saturday. It’s nice to get back out and prepare and get to know a new golf course, get a little bit of a head start on everyone else.

“My family are in upstate New York at their cabin, if I went there I wouldn’t have been practicing or playing, and the one thing I needed to do was practice and play.”

John Swinney: I’ve never seen financial strain like this – even in 2008

Sea sense... and wave goodbye to your winter blues with cruises lasting up to 75 days and costing from just £57 per night, from the Caribbean to the Antarctic

Video: 'I have something to say...' MAFS UK's Adrian hints at more trouble between George and April's relationship during fiery commitment ceremony but is silenced... as Thomas brands the model 'fake' and walks off

Video: Heartbreak for Enrique Iglesias' aristocratic half-sister - who has a Netflix series about her charmed life in a palace - as she 'calls off her engagement' after video of her fiancé 'kissing another woman' goes viral

‘The stage was calling me’: Cher makes surprise appearance at Balmain show in Paris

Soccer-Pressure mounts on Nagelsmann with Bayern Munich in a rut

Nicole Williams showcased her growing bump in a shimmering fuchsia pink gown as she attended Kourtney Kardashian’s launch party on Wednesday night. The pregnant Sports Illustrated model, 34, was seen arriving at Goya Studios in LA to celebrate the launch of her pal’s Lemme Vitamins range. Nicole donned the £978 shimmering fuchsia ...

Beloved grandad Peter Ormerod was attacked on Saturday in Burry Port, WalesMr Ormerod died yesterday, leaving his family and former students devastatedDetectives have already arrested a 39-year-old man for GBH over the attack Police have not yet said if the suspect will be charged with another crime


View more: Retired maths teacher, 75, dies in hospital four days after he was found with serious injuries 'after being attacked in the street'

Jacqueline Jossa has detailed her experience with ‘painful periods’ in a new ITVBe  female focused factual documentary. The former EastEnders star, 29, has opened up about her struggles in the hope to find answers and raise awareness in the process. She gives ITV viewers an insight into how ‘heavy periods’ ...

The jeopardy for banks in Kwarteng’s City chaos

Mother-of-two fed up with the clutter of her family home reveals she got rid of 3,500 items including crockery, toys and old blankets - and now takes just five MINUTES to tidy the house

Art dealer is ordered to pay £117,000 to cancer patients after using charity cash in bid to build 210ft-tall statue of a Welsh dragon instead

'We all meet up in Spoons, what are we going to do now?': Devastated locals who meet friends and 'read the papers' in Wetherspoon because they 'can't afford to put the heating on at home' fear they'll have nowhere to go as 32 pubs are set to close

Law student, 26, died after wrongly being denied a face-to-face appointment with his GP, NHS officials say

Mike Tindall Is Praising The Royal Family For One Major Reason

Video: Amazon launches £330 Kindle Scribe - its first e-reader with a STYLUS for annotating books and PDFs and doodling in the margins

Video: 'It looks like a prison': Grand Designs viewers blast £1.5 million home which was granted planning permission for 'outstanding architectural quality' - and say it looks more like an Amazon warehouse

Leaving London: Why one family swapped Earlsfield for a ‘just liveable’ rectory in Somerset

National Trust says that autumn colours will be brighter

Robert Irwin says he feels the closest to his late father Steve when he is feeding crocodiles: 'It's an honour'

'It looks like a prison': Grand Designs viewers blast £1.5 million home which was granted planning permission for 'outstanding architectural quality' - and say it looks more like an Amazon warehouse

What happened to Brian Flores? Revisiting the Dolphins scandal, firing that led to lawsuit against NFL

Barcelona eye another Man City star after missing out on No.1 Frenkie de Jong replacement

Recycling firm boss, 51, is fined £1,100 and convicted of assault after slapping his daughter, 15, with the back of hand during row over her uploading images of him onto Snapchat

Video: Monster Hurricane Ian devastates Florida leaving 2million without power, many trapped in homes and widespread catastrophic flooding: Warnings STILL in place for flash flooding and tornadoes as clear up is set to cost BILLIONS

Video: 'There is NO £2,500 cap. If you use more you pay more': Martin Lewis explains there is no limit to how high energy bills can go - as households are urged to read their meters before price rises in two days

Would this hotel room toilet door make YOU uncomfortable? Woman divides opinion after admitting the 'gaps' make her too self-conscious to 'do her business' with her husband in the room

Fears grow for three missing girls aged 12, 13 and 14 who disappeared together yesterday afternoon

Hollyoaks actor, 37, who appeared in ten episodes of Channel 4 soap appears in court charged with five counts of rape and child cruelty

Canine or K9? Robot dogs could be taught to mimic the behaviours of our real best friends - like nudging with a paw or looking back at the owner on walks - to make them more lovable