Rory McIlroy has revealed that he caught Covid-19 the week prior to the Open Championship - and likely passed it on to Tiger Woods. 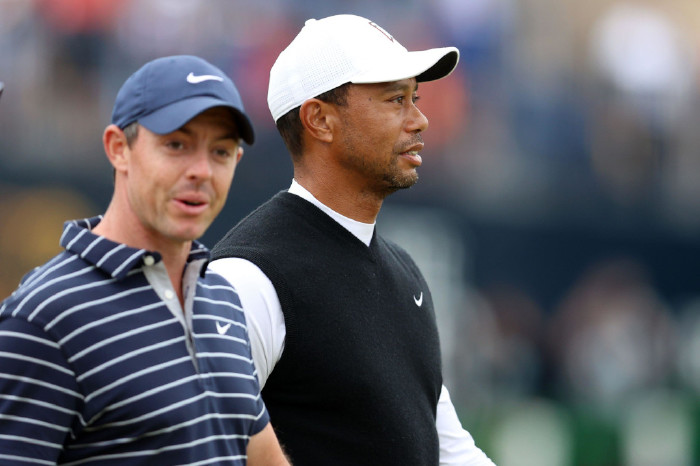 In a recent interview with the Independent, McIlroy said he and Woods both had Covid going into the Open at St Andrews after picking it up while playing in the JP McManus Pro-Am at Adare Manor in Ireland the week before.

McIlroy said he was the first to catch it before passing it on to Woods – no surprise considering how close the two have become in recent years.

The two major winners were a united front in the PGA Tour’s battle against LIV Golf this year, while also forming a number of business partnerships.

They’re also set to team up for the latest edition of The Match, to be played next month.

“We both had Covid going into the Open,” McIlroy said.

“We had played two days of golf at Adare and the plan was to play Ballybunion on Thursday. I woke up that morning feeling a bit achy but didn’t really think anything of it. JP gave us his chopper and we went down with (McIlroy’s manager, Sean O’Flaherty) and (Woods’ manager, Rob McNamara).

“We got around fine, flew back to Adare for lunch, and as I’m getting up from the table, I’m sore and stiff and super tired.

“I said to (wife Erica ), ‘I’m feeling a bit weird. I’m just going upstairs to lie down for a bit.’ I slept for maybe two hours, and the sweat was just pouring off me, then Erica took my temperature and it was sky high.

McIlroy appeared to have recovered enough to finish third at St Andrews, but Woods missed the cut.

The Northern Irishman said he hoped to arrive at the Open early but was forced to quarantine at Adare Manor instead.

“The whole week of the Open I didn’t have any taste, and everything smelled like vinegar to me. Everything,” he added. “It was really strange.”

The determination of New York’s leaders to do the right thing keeps crashing into their inability to do it the right way. The whole idea of marijuana legalization here — aside from the rounding-error tax revenue it’s supposed to add to the $320 billion and change that New York State ...