Safe to say the party has well and truly started now. When Brazil’s good times danced their way all over South Korea’s misery on Monday night Roy Keane might have felt the darkness rushing back like an old friend.

But, for most of us, the World Cup had been ushered into the light. Along with a sense of relief and sheer joy. Granted, this tournament has been busy building up a head of steam ever since the last round of group matches provided some thrilling climaxes to what had been, for the most part, a dirge in the desert for much of its opening fortnight.

But it was the sound and sights of the Samba which really lifted it to a new level and put the smile back on football’s face. Even if it did very little to assist Keane in his eternal battle with anger management, at least some of the demons which have dragged Qatar 2022 into the Persian sands, were momentarily stripped of their clawing influence.

Let’s be blunt. Few outside of Sepp Blatter and his hand picked cabal of bribed-up-to-the-eyeballs FIFA executives, had any wish to see this ugly mirage become reality. The rest of us had to try to hold our noses and stomach the idea while attempting to show a great deal more tolerance than is afforded to so many in that particular part of the planet.

It’s been one huge s*** sandwich for anyone who gives a damn about the thousands of migrant workers who perished building this grotesque vanity project up from the ground. Or, for that matter, for the rights of those communities who are routinely persecuted and criminalised under Sharia law as punishment for their sexual orientations.

None of that mattered, just so long as Sepp and the rest of his wise guys washed their hands in oceans of filthy Arbabian oil money. Nor did the image or reputation of the game which these ogres gorged themselves on for so long.

Even now, with so very much for FIFA to feel ashamed of itself about, we are forced-fed pictures of president Gianni Infantino, smugly preening himself in the posh seats three minutes into every match he sees fit to attend. That’s precisely the kind of pre-planned, nauseating choreography that really ought to be called out by those talking heads in the gantries.

Which is precisely why there was something so pure and so cleansing about watching Brazil’s young team running riot the other night, in the way that only they ever could. It was a perfectly timed throwback to far less tainted times and a much needed reminder of why we all fell in love with this beautiful game in the first place.

Did they take it too far? Possibly. If Keane was wearing a South Korean shirt rather than chewing wasps through his beard in an ITV studio then Richarlison, Neymar and Vinicius Jr might have ended up relocating their snake hips somewhere in the first three rows of Stadium 974.

And, yes, that culture clash would have carried a five star entertainment value all its own too. But, while Keane has expertly honed a stoney faced approach to his punditry, there is a sense he may be deliberately misreading the room where Brazil are concerned.

The Irishman might be strictly no frills in his role as everyone’s favourite self-styled curmudgeon. But if Brazil’s youngsters and their dad dancing boss want to make a show of themselves while celebrating their own brilliance, then who is anyone to argue?

That is what they are supposed to be all about. This completely over the top, spectacular flamboyance is a birthright for those Brazilians fortunate enough to get to showcase their gifts on the biggest stage of all.

In fact, failure to do so would render them unworthy of pulling on those dazzling, golden shirts in the first place. If anything, there have been World Cups in the recent past when those jerseys have been wearing the players. And they’ve been made all the more dreary for it.

When Brazil have been roundly accused of trying to adopt a more sober, po-faced or ‘European’ approach to the business of winning football matches. And, over those years, their art almost always suffered for it.

Put it this way, if the outrageous impudence and off-the-cuff creativity of Richarlison’s goal didn’t have you out of your seat on Monday night then, perhaps the problem is entirely yours. Yes, as individuals, they can often be a tough bunch to like. That’s fair enough too. 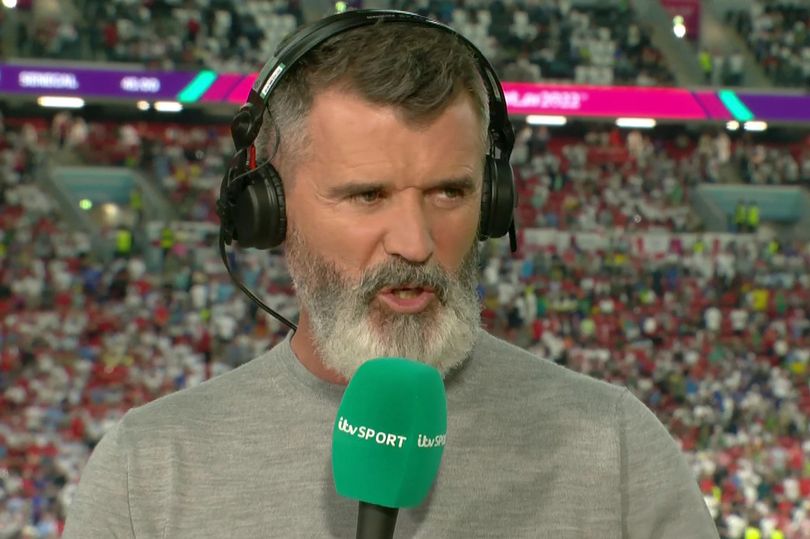 Neymar’s skullduggery and mastery of the dark arts certainly takes the shine off his sparkling toes. Similarly, Richarlison’s self-indulgent showboating against Nottingham Forest earlier this season earned the Spurs striker’s own status as a pantomime villain – as well as a couple of Keane-esque two footers as instantly satisfying retribution.

But, dress these urchins up in their country’s colours, and they are elevated to a higher level. Throw in the vision of Vinicius Jr, Raphinha’s velcro dribbling boots, the ring craft of Casimero, the best goalkeeper in the world and Thiago Silva’s insufferable sense of style and you’ve got a serious team on your hands.

So why shouldn’t they be allowed to have their fun in the Qatari sun for as long as it may last? Let’s not forget, very soon they may have to step onto the same floor as a man whose moves are even more remarkable and if that dance-off does come to pass then we really will have a World Cup contest to drool over.

Lionel Messi has spent these last couple of weeks getting warmed up for the big event and when his little legs did finally get going against the Australians in the last 16, his artistry took the breath away. This whole show feels as if it has been scripted with the great man’s crowning glory in mind and – unless the Netherlands or the Crotians have a plot spoiler hidden up their sleeves – these age old rivals from South America will be lighting up the Gulf in next week’s semi-finals.

Who knows, the last one standing might be all that is left in the way of England and the end of all those years of hurt. And that sounds like precisely the kind of party Scotland would be better off sitting out.