Royal Family: Annoying daily task Kate Middleton has been teaching Prince George that he needs for his new school

Prince George is someone in a unique set of circumstances for more reasons than one. Not only is he a member of an unbroken chain of monarchy that stretches back over 1000 years, but his entire life has already been mapped out for him. George will one day join the likes of his great-grandmother, the late Queen Elizabeth, and historic monarchs such as King George III and Queen Victoria to take the throne.

While it is now thought that the young royal is fully aware of the future that lies ahead of him, there are many who would like to know exactly when and how he found out. According to the royal biographer Robert Lacey, Prince George would have only been told the news when he was about seven years old.

The Prince and Princess of Wales are said to have formulated a clever plan to deliver the news to their eldest son – but that isn’t the only method that his mother has introduced to help Prince George prepare for his future role. The vital preparations also include learning protocol, greeting members of the public and dressing correctly. 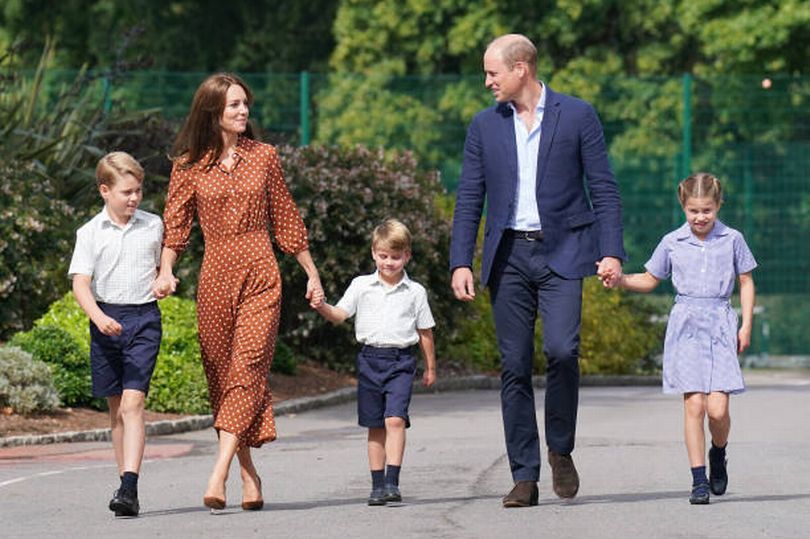 The Prince and Princess of Wales carried out their first trip to Wales since King Charles granted them the title yesterday (Wednesday, September 28) and were met by huge crowds everywhere they went. During a visit to Holyhead RNLI station, one young boy captured everyone’s hearts as he excitedly presented the princess with flowers.

As Kate bent down to chat, she pointed out that he was wearing a little tie and grinned as she asked him: “Did you tie your own tie?”

The youngster then said he did and Kate replied: “Well done you. I’ve been teaching George because he has got to wear a tie now for school, so I’m having to teach him how to do it. But well done, you’ve done a good job with your tie. Nice to meet you.” 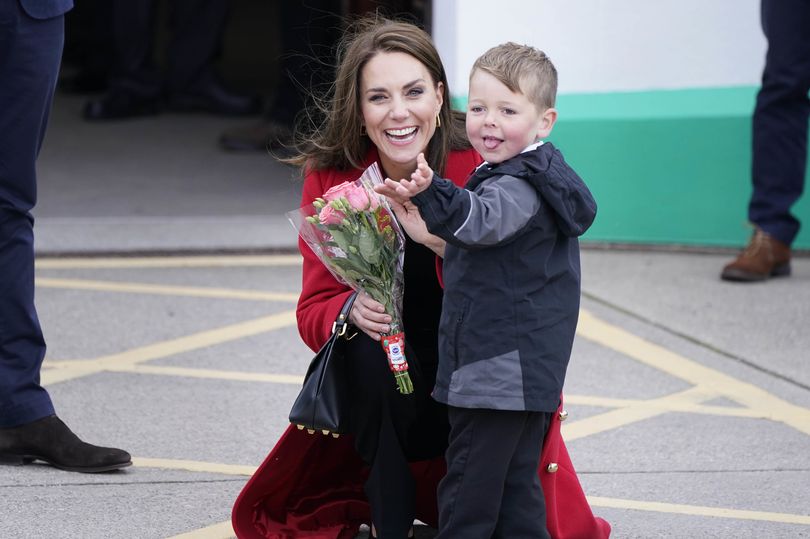 Elsewhere on the day, the couple visited Swansea and William revealed to a crowd of well-wishers that he has started to learn Welsh.

The Prince spoke about the challenges he is facing with learning the language with Reverend Steven Bunting but quickly told him that he had already picked up the word ‘paned’, which translates to ‘a cup of tea’.

Rev Bunting said: “We already know they love Wales, but having them here has been amazing and is an early sign, I think, of their commitment to Wales.

“They’ve blown us away by speaking to every person young and old, it shows how wholly committed they are to their role as Prince and Princess of Wales. The Prince of Wales was even talking about learning Welsh, and said he’d learned the word ‘paned’ meaning cup of tea and ‘bara brith’. I think he’s taking being Prince of Wales very, very seriously.” 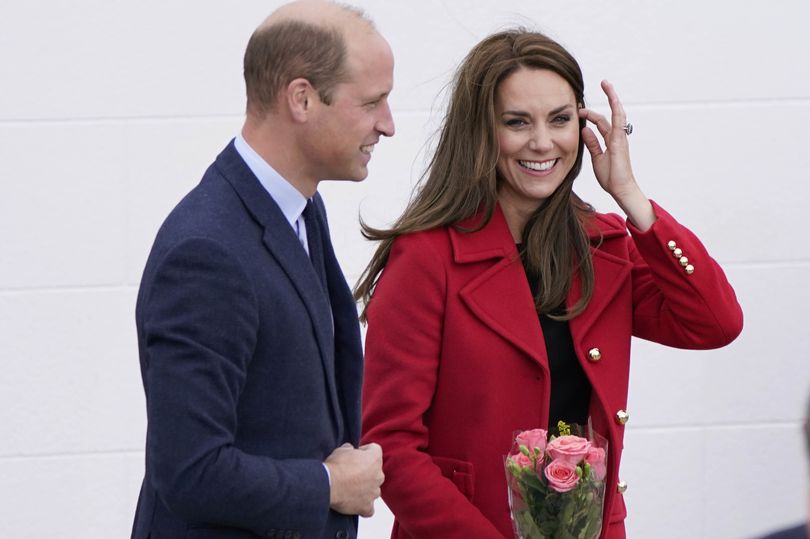 Teaching Prince George to wear his tie for school is just one of many ways that The Prince and Princess of Wales are training their eldest son for his important future role.

Royal author Duncan Larcombe spoke to OK! about Prince George’s increasing appearances and specified about the times that the young royal wore a suit to watch the football at Wembley.

Larcombe said: “William was apparently keen on the idea [of wearing a football shirt], but it was Kate, the former commoner, who said no. She was showing George that being ’on duty’ requires a different approach… he has to learn to don the royal armour.

“That doesn’t mean hiding his personality or feelings though – so George was encouraged to leap up and celebrate England scoring, to roar and wave and hug his mum and dad like any normal lad. And even to shed a tear when it all ended in heartbreak. George is only just beginning to understand his destiny, but Kate has got the journey planned.” 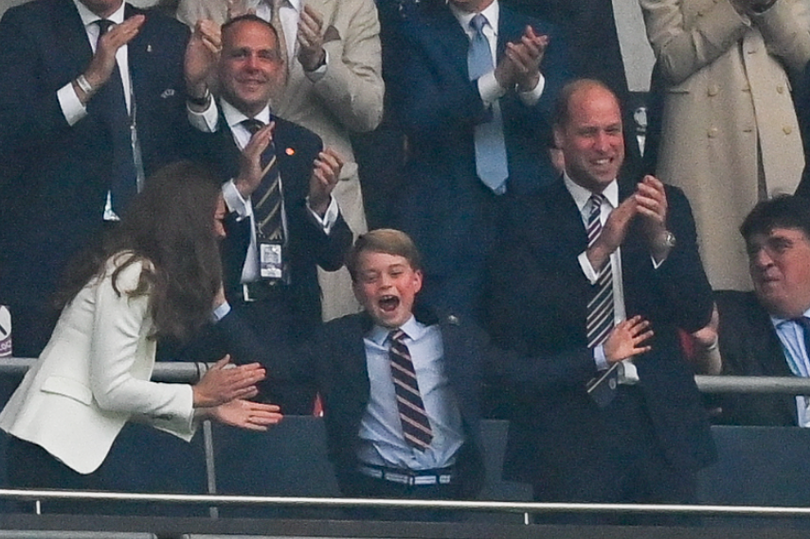 The Prince and Princess of Wales are said to have formulated a clever plan when it came to telling George about the future that awaited him.

Robert Lacey speculated about Prince George’s future in an updated version of his book ‘Battle of Brothers’. He wrote: “William has not revealed to the world how and when he broke the big news to his son.

“Maybe one day George will tell us the story himself. But sometime around the boy’s seventh birthday in the summer of 2020 it is thought that his parents went into more detail about what the little prince’s life of future royal ‘service and duty’ would particularly involve.”

Robert continued that William and Kate wanted to sit George down at a “controlled moment of their choice” at the age of seven. Their decision was said to link to “William’s unhappiness at the haphazard fashion in which the whole business of his royal destiny had buzzed around his head from the start.”

Want more from MyLondon? Sign up to our daily newsletters for all the latest and greatest from across London here.