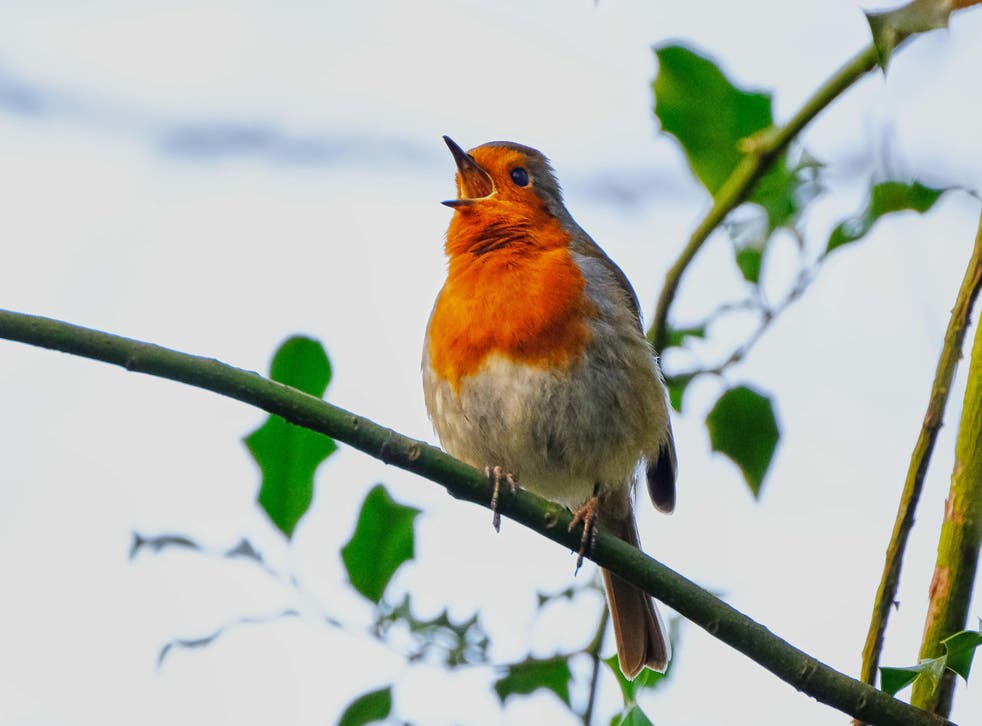 The red-breasted birds are fiercely territorial and rely on signals, both visual and acoustic, to indicate their territory and keep other individuals away.

They change their behaviour when threatened.

Researchers believe while urban robins are used to temporary increases in noise levels and have learnt to sit them out, rural robins instead compensate with increased physical aggression.

In a study, scientists from Anglia Ruskin University and Koç University in Turkey investigated the behaviour of male European robins (Erithacus rubecula) living in urban and rural areas.

They measured aggression towards an intruder by using a 3D model of a robin.

The model robin was accompanied by recordings of robin songs, while additional traffic noise was added through a separate speaker nearby.

By recording the birds’ behaviour during interactions with the simulated intruder, researchers noticed urban robins typically displayed more physical aggression than rural ones.

However, rural robins became more aggressive with the addition of traffic noise.

As well as adapting their songs to ward off intruders, robins adopt specific visual displays during territorial interactions.

These include swaying and displaying the red feathers on their neck, as well as moving closer to their opponent and attempting to chase it away.

Signals are extremely useful because they can deter an intruder without a fight that may be costly to both the territory owner and the intruder, but if the songs can’t be heard by the intruder the robins may have to resort to physical aggression

Dr Caglar Akcay, senior lecturer of behavioural ecology at Anglia Ruskin University and senior author of the study, said: “We know that human activity can have a significant impact on the long-term social behaviour of wildlife, and our results show that human-produced noise can have a range of effects on robins, depending on the habitat they live in.

“In normally quiet surroundings, we found that additional traffic noise leads to rural robins becoming more physically aggressive, for instance approaching the model bird more closely, and we believe this is because the noise is interfering with their communication.

“The chronic high levels of noise that exist day and night in urban habitats, such as from traffic or construction equipment, may permanently interfere with the efficient transmission of acoustic signals and this is likely to be the key reason why urban robins are typically more aggressive than rural birds.

“It should be stressed that physical aggression is a risky behaviour for small birds like robins and is likely to have health consequences.”

During tests on urban robins, which are already living in noisier habitats, the simulated traffic noise did not affect levels of physical aggression.

However, the birds adapted to the additional noise by reducing their call rate.

Lead author Cagla Onsal, who carried out the research during her studies at Koç University, said: “Signals are extremely useful because they can deter an intruder without a fight that may be costly to both the territory owner and the intruder, but if the songs can’t be heard by the intruder the robins may have to resort to physical aggression.

“However, this not only risks injury but displays of aggression can also draw attention to predators, such as sparrowhawks.”

The study is published in the journal Behavioural Ecology And Sociobiology.