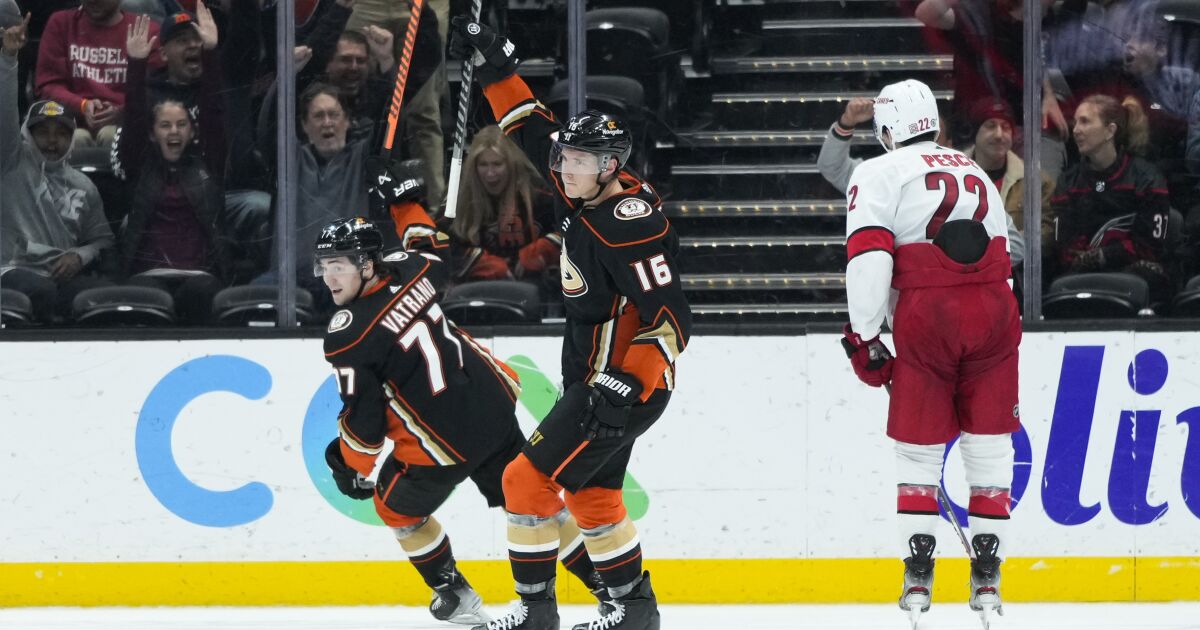 Ryan Strome scored at 1:56 of overtime and the Ducks defeated the Carolina Hurricanes 4-3 on Tuesday night to stop a six-game losing streak.

Strome put a snap shot past goaltender Pyotr Kochetkov after getting a pass from Cam Fowler. Six of the Ducks’ seven wins this season have come in overtime or a shootout.

Carolina has earned a point in each of its last eight road games (4-0-4), marking the fifth road point streak of at least eight games in franchise history. The Hurricanes have already played 17 games away from home this season, the second-most of any team.