Salma al-Shehab: Leeds student jailed in Saudi Arabia is being used 'to set an example' and must be 'immediately released', says Amnesty International

Ms al-Shehab, who was also given a 34-year travel ban, was arrested in January 2021 while on holiday in Saudi Arabia, having been targeted by the authorities for using Twitter to follow, write about and support Saudi women's rights activists. Image: Leeds University student Salma al-Shehab has been sentenced to 34 years in prison

A Leeds University student imprisoned in Saudi Arabia for allegedly spreading “false rumours” and retweeting dissidents’ posts is being used to “set an example” and must be “immediately released”, Amnesty International has said.

Salma al-Shehab was handed a 34-year sentence in a ruling issued under the kingdom’s counterterrorism and cybercrime laws on Monday, which the organisation has blasted as a “cruel and unlawful” punishment.

Activists and lawyers consider the sentence against the mother-of-two and activist as shocking even by Saudi standards of justice, and the decision has drawn growing global condemnation.

Amnesty has denounced the “outrageous” decision and called for her to be freed “unconditionally”.

The 34-year-old Saudi woman, who has two young boys, aged four and six, had initially been handed a shorter sentence for using the internet to “cause public unrest and destabilise civil and national security”.

However, this was increased after an appeals court was asked to consider other alleged crimes.

“Salma al-Shehab should never have been convicted in the first place, but to have her sentence increased from six to 34 years following an unfair trial shows that the authorities intend to use her to set an example amid their unrelenting crackdown on free speech,” said Amnesty’s Diana Semaan.

“She must be immediately and unconditionally released. The Saudi authorities must allow her to reunite with her family and continue her studies in the UK,” she added.

“Saudi Arabia must end its relentless crackdown on women’s rights activists and any others who dare to speak their mind freely.”

Ms al-Shehab, who was also given a 34-year travel ban, was arrested in January 2021 while on holiday in Saudi Arabia, having been targeted by the authorities for using Twitter to follow, write about and support Saudi women’s rights activists, including Loujain al-Hathloul. 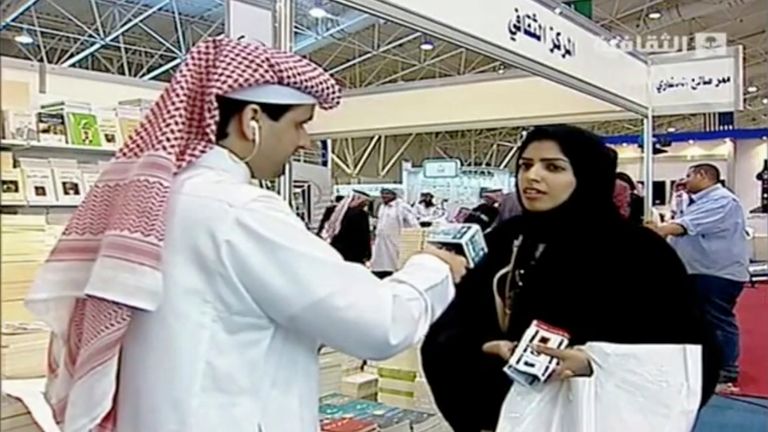 The PhD student was held in prolonged solitary confinement for 285 days before she was brought to trial, which violates international standards and Saudi Arabia’s Law of Criminal Procedures, according to Amnesty.

She was also denied access to legal representation throughout her pre-trial detention, including during interrogations, the organisation claimed.

Ms Al-Hathloul was jailed for “spying with foreign parties” and “conspiring against the kingdom”, but was conditionally released in 2021.

Ms al-Shehab’s sentence, which is so far unacknowledged by the kingdom, comes amid Crown Prince Mohammed bin Salman’s crackdown on dissent even as his rule granted women the right to drive and other new freedoms in the ultraconservative Islamic nation.

Since rising to power in 2017, Prince Mohammed has faced criticism over his arrests of those who fail to fall in line, including dissidents and activists but also princes and businessmen.

'If Shehbaz Sharif has 'any shame' left in him...': Imran Khan demands Pak PM's resignation over PMO audio leaks

Comparing the Audi R8 to the Acura NSX is like comparing an old-school barber to a modern one. They both achieve the same goal, but one uses a straight razor while the other uses an electric one. It’s the same thing with these two supercars. The second-generation Acura NSX relies ...

K-pop music labels and Middle Eastern countries may sound like unlikely partners, but recently there’s been a full-blown pivot of K-pop to the region. Over the past few decades, South Korean entertainment companies and artists have looked beyond the country’s borders for new audiences and markets. In its earliest ...

USA vs. Saudi Arabia, 2022 friendly: What to watch for

Video: The Block teams call for a financial audit of Omar and Oz's ENTIRE house as the 'dodgy dealers' are accused of breaking '50 per cent discount rule'

What are the US audit regulator’s inspectors doing in Hong Kong?

REVEALED: Pitso Mosimane’s length of contract at new Saudi side