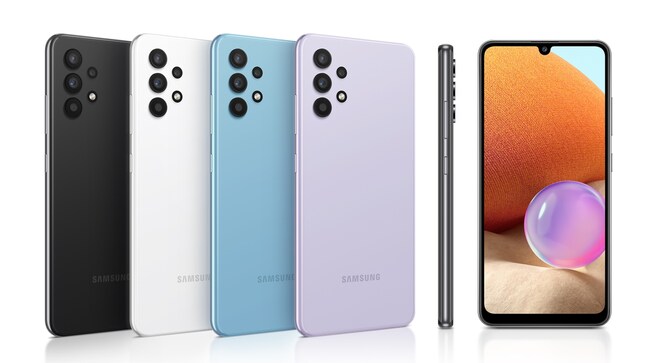 The Samsung Galaxy A32 is now priced at Rs 18,500 for the 6GB RAM + 128GB storage model. This basically means that the device has received a price cut of Rs 3,499 on Amazon. The e-commerce giant is also selling the 8GB RAM + 128GB storage configuration with a price tag of Rs 18,745. But, should you consider buying it?

Well, the Samsung Galaxy A32 is a one-year-old smartphone, but it is still a decent device for casual users. The device has a MediaTek Helio G80 chipset under the hood, which is capable of offering smooth day-to-day (typical) performance. The handset packs a 90Hz AMOLED display and a 64-megapixel quad rear camera setup. It even features an under-display fingerprint sensor.

For selfies, there is a 20-megapixel camera on the front. The Samsung Galaxy A32 sports a 5,000mAh battery, which can offer you a day’s battery life with typical usage. The good thing is Samsung is shipping a charger with this phone. However, the handset has support for only 15W fast charging. There is also an option to expand the internal storage by up to 1TB using a microSD card.

Do keep in mind that this is a 4G phone, rather than 5G. In the mentioned price range, there are a lot of 5G phone options. Right now, it would make more sense for you to go for a 5G device, considering we are close to the launch of 5G. Also, it is better to buy a device with 5G support if you are someone who doesn’t change the phone very frequently. People can consider buying the Moto G62 5G, Realme 9 5G, and more.

The Galaxy M31, being more than two years old now, currently has a biannual security status. It means the phone is eligible to receive at least two security updates every year, and today, the phone is receiving one. The latest update for the Galaxy M31 (SM-M315F) brings January 2023 ...

This is what the vanilla Galaxy S23 looks like

Conflicting reports cast doubt on the Galaxy S24 Plus

Samsung’s Galaxy S23 Unpacked event is on February 1st , get $50 store credit when you reserve your phone