Samsung Galaxy S23 Ultra: latest rumors and everything we know so far 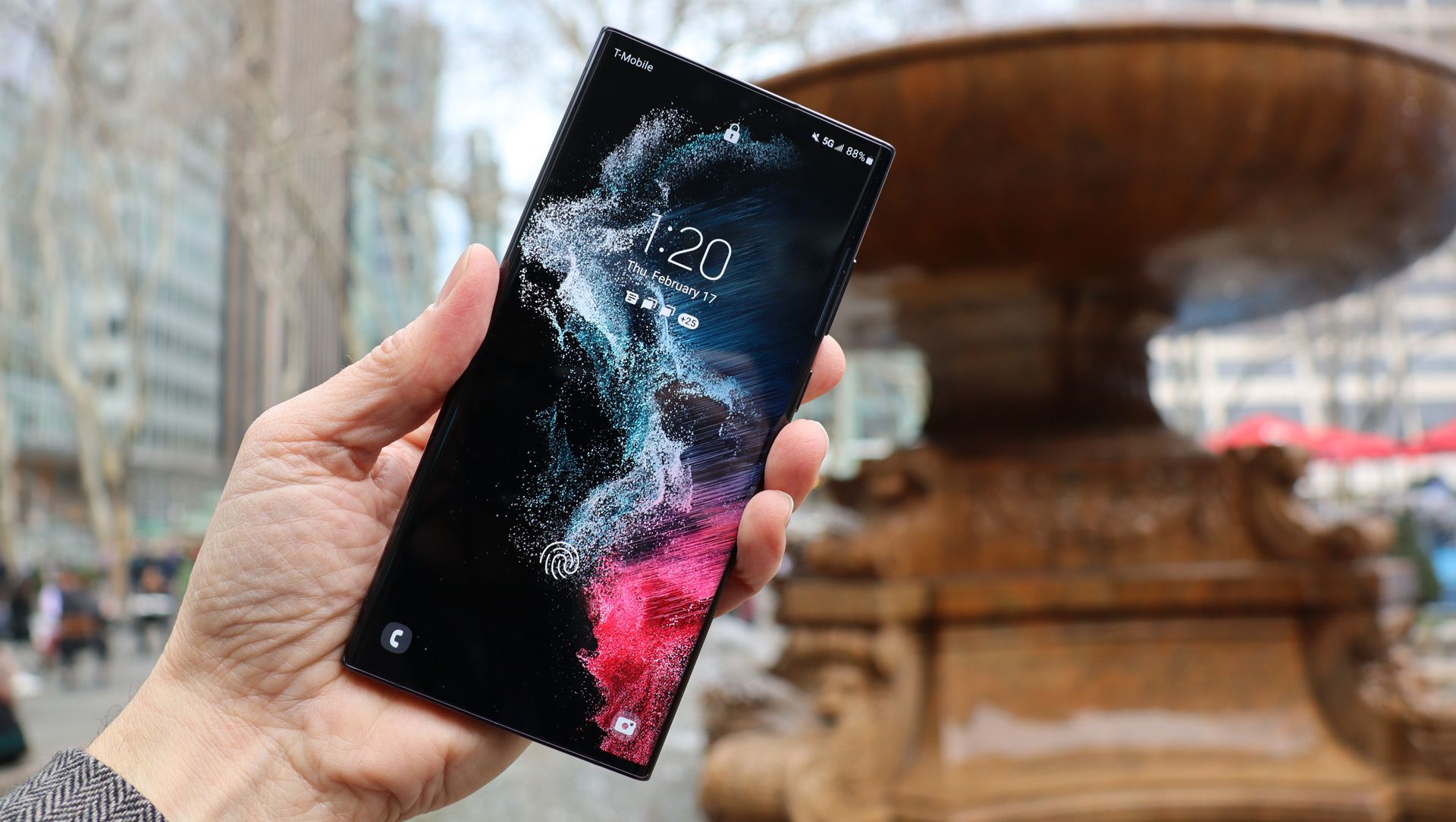 The Samsung Galaxy S23 Ultra has the potential be one of the best phones of 2023, and there’s not long to wait for it, as Samsung is set to unveil the S23 series at Galaxy Unpacked 2023 on February 1.

And while it’s coming soon, you don’t even need to wait until the unveiling to learn a lot about it, because the Samsung Galaxy S23 Ultra has been extensively leaked. Below you’ll find all the credible leaks and rumors that have emerged so far.

Cut to the chase

The Samsung Galaxy S23 Ultra is expected to land at Galaxy Unpacked 2023 on February 1. This kicks off on Wednesday, February 1, at 10am PT / 1pm ET / 6pm GMT, on 5am AEDT on February 2 for those in Australia.

It will be streamed online, so check out how to watch the Samsung Galaxy S23 launch online live. Of course, you can also just head to TechRadar, because we’ll be covering the announcement in full, as it happens.

There’s no confirmation of when the Samsung Galaxy S23 Ultra will actually ship, but one leak points to February 17. We’d expect you’ll be able to place your order shortly after the announcement though, and in fact you can already reserve one if you’re in the US.

We’ve also heard the possible Australian price, with the phone said to start at AU$1,950 in the region.

The Samsung Galaxy S23 Ultra could be a lot like the S22 Ultra – at least on the outside. That means an angular, all-screen design, a rear that’s almost rippling with cameras, and a slot for the S Pen stylus that’s sure to be included.

You can see a selection of these shots below (many of which are from an extensive gallery on WinFuture) and they all show basically the same thing – namely a phone that looks a whole lot like the Samsung Galaxy S22 Ultra.

The main visual difference could simply be the colors the new phone comes in, as numerous reports suggest that the Samsung Galaxy S23 Ultra colors include Cotton Flower (cream), Misty Lilac (pink), Botanic Green and Phantom Black. Those are apparently their official names, but lots of other leaks mention shades that sound like they match up with that.

We’ve heard the apparently-official names a number of times too though, and seen images of how they might look, some of which you can see above and below.

One source suggests that there might be other colors too, but these would reportedly be exclusive to Samsung stores.

As with the overall design of the Samsung Galaxy S23 Ultra, we’re not expecting much new from its screen, with spec leaks pointing to a 6.8-inch 1440 x 3088 AMOLED screen with 500 pixels per inch, HDR10+ support, and a 120Hz variable refresh rate (that can drop as low as 1Hz).

That same source suggests the screen will be protected by Gorilla Glass Victus 2, which is an upgrade and should be tougher than the protection on the S22 Ultra’s display.

We’ve heard a less detailed version of these screen specs elsewhere as well, so there’s a good chance this is accurate.

One other upgrade the screen might have though is to its brightness, with a leak suggesting it could be able to reach 2150 nits or more, compared to 1750 nits on the Samsung Galaxy S22 Ultra.

Two things we’re not expecting are an under-display camera and improvements to the in-screen fingerprint sensor, with leaks suggesting they’re not on the cards.

The single biggest upgrade on the Samsung Galaxy S23 Ultra could be its camera, as the main sensor is widely rumored to be a new 200MP one.

Samsung has actually announced multiple 200MP smartphone cameras, with the recent ISOCELL HP2 being the frontrunner for inclusion.

Leak suggest this will enable fantastic night shots and the ability to take hyperlapse videos of the sky.

However, the other cameras might not be getting upgraded, with reports pointing to the same 12MP ultra-wide, 10MP telephoto with 3x optical zoom, and 10MP periscope with 10x optical zoom.

There might be some new and improved software though, such as the ability to save RAW photos at 50MP quality, and a Pro mode for the selfie camera. We’ve also heard that the focusing and anti-shake might be better than before on this phone.

As for the battery, we’re not expecting changes there, with leaks suggesting the Samsung Galaxy S23 Ultra is sticking with a 5,000mAh battery, 45W wired charging, and either 15W or 10W wireless charging.

The thing we’re most sure of, with regards to expectations for the Samsung Galaxy S23 Ultra, is that it will have a Snapdragon 8 Gen 2 chipset, as not only has that been extensively rumored but it’s the obvious choice – at least in some parts of the world.

However, while previous models have also used Exynos chipsets in some regions, reports suggest the Samsung Galaxy S23 Ultra will use the Snapdragon 8 Gen 2 chipset everywhere.

Better yet, this could be an enhanced version of the chipset, making it better here than in non-Samsung phones – and this is already the top Android chipset available.

Reportedly, this chipset will allow for a 36% increase in processor speed, a 48% increase in graphics performance, and a 60% increase in neural processing compared to the Galaxy S22 Ultra.

As for RAM, leaks point to a choice of 8GB or 12GB, while for storage we’re expecting 256GB, 512GB and 1TB options. Though the 1TB model might be exclusive to Samsung stores.

Beyond that, the Samsung Galaxy S23 Ultra will, of course, support 5G and it might also offer emergency satellite communications. We’ve also heard talk of improvements to the speakers and microphone, so audio could be impressive here.

Finally, for software the phone is sure to run Android 13, likely overlaid with Samsung’s One UI 5.1 interface.

The Galaxy M31, being more than two years old now, currently has a biannual security status. It means the phone is eligible to receive at least two security updates every year, and today, the phone is receiving one. The latest update for the Galaxy M31 (SM-M315F) brings January 2023 ...

This is what the vanilla Galaxy S23 looks like

Conflicting reports cast doubt on the Galaxy S24 Plus

Samsung’s Galaxy S23 Unpacked event is on February 1st , get $50 store credit when you reserve your phone