Samsung logs over 50,000 pre-bookings for Galaxy Fold4, Flip4 in India 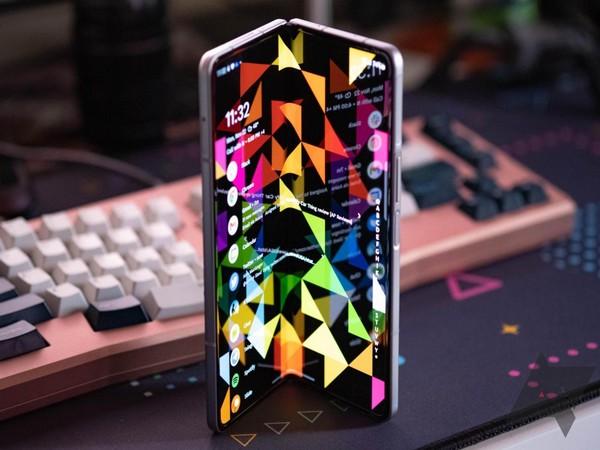 Samsung has witnessed a robust demand for its fourth-generation of foldables in India, registering more than 50,000 (5 million) pre-bookings for Galaxy Fold4 and Galaxy Flip4, Raju Pullan, Senior Vice President and Head of MX sales at Samsung India, said on Wednesday.

The record pre-bookings came in less than 12 hours on Day 1 on August 16.

“Samsung is targeting to sell 1.5 times more foldable phones this year. We are confident of meeting our target because the new foldable phones come with huge upgrades as compared to last year,” Pullan told IANS.

He attributed the huge pre-book success to the company's strategy to expand the foldable experience in India this time.

For Fold4 and Flip4, Samsung has expanded its retail network, taking the premium phones to over 10,000 cities, including tier 2 towns and further.

This is double the number of retail outlets as compared to last year for the foldable phones, according to Pullan.

Samsung has also employed more than 12,000 demo units of Fold4 and Flip4 in India to ensure that consumers get great experience with these devices before finalizing their purchase.

“The Fold4 is the most powerful PC in your pocket with the Snapdragon 8+ Gen1 processor and flagship 50MP camera. The Flip4 is the ultimate device for young consumers who are looking to express themselves with its Flex camera,” Pullan noted.

Samsung led the broader smartphone market with 22 per cent value market share in the first six months of the year.

The 'Bespoke Edition' that offers glass colours and frame options will be available on Samsung Live and Samsung Exclusive Stores for Rs 97,999, the company said in a statement.

Samsung forecast on Friday its operating profit likely plunged 32% in the third quarter of the year as weaker memory pricing and demand hit the technology giant. The forecast profit fall adds further concerns about the chip sector which is facing softer demand amid a weaker global macroeconomic environment. ...

Google has unveiled its highly-anticipated Pixel Watch, ushering in a new era for Wear OS devices and the company’s expanding Pixel ecosystem. It’s a fitting companion to the new Pixel 7 and Pixel 7 Pro, which were also announced during this week’s Made by Google event, alongside a new Pixel ...

The Pixel 7 line-up is now official but you may ask yourself how it stacks up against the competition. Here is a quick comparison of the specifications of Google’s latest flagship with Apple’s iPhone 14 line-up, and Samsung’s popular S22 series. The brass tacks: Pixel 7 and Pixel 7 ...


View more: How does the Pixel 7 stack up against Apple's iPhone 14 and the Samsung Galaxy S22?

Here is the list of eligible devices and how you can activate Airtel's 5G network.

Yesterday, Samsung released the fourth One UI 5.0 beta update to the Galaxy S22 series in the US. Now, the update is also available in Germany and India. Unlike the third One UI 5.0 beta update, which brought major changes to lockscreen customization, the new update mostly includes bug ...

Grab your popcorn! Halloween-themed channel comes to Samsung TV Plus

Daily Deal: Save 33% on the Samsung Galaxy Buds Live