Local legislators in San Francisco have voted to put the brakes on a controversial policy that would have let police use robots for deadly force, reversing course just days after their approval of the plan generated fierce resistance and warnings about the militarisation and automation of policing.

The San Francisco Board of Supervisors voted unanimously on Tuesday local time to explicitly ban the use of robots in such a fashion for now. But they sent the issue back to a committee for further discussion and could vote in the future to let police use robots in a lethal manner in limited cases.

The board voted last week to allow the use of deadly robots in extreme circumstances. The police department said it had no plans to arm the robots with guns but wanted the ability to put explosives on them and use then to contact, incapacitate or disorient dangerous or armed suspects when lives are at risk. 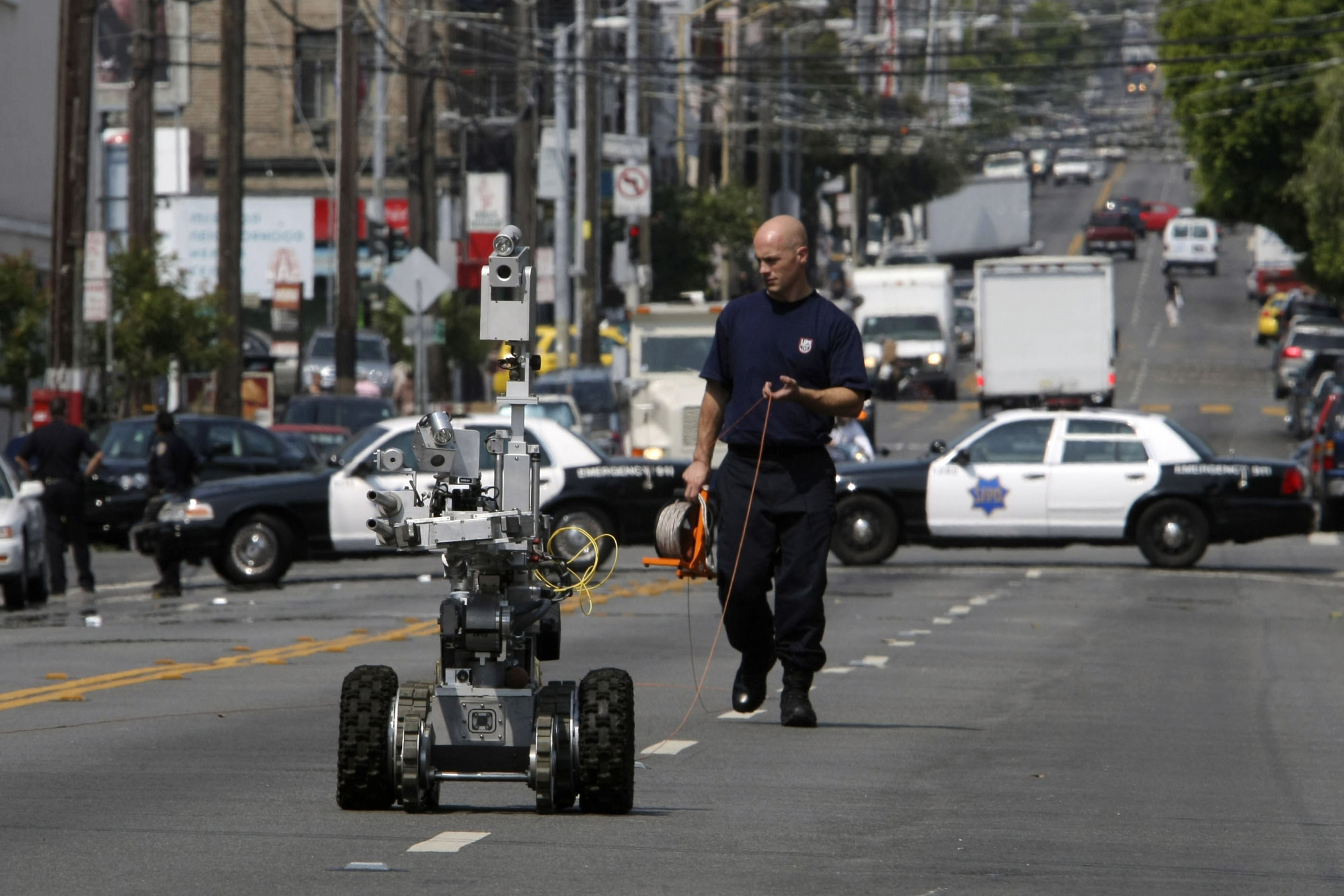 The initial vote thrust the famously liberal city into the centre of a debate about the future of technology and policing, with some saying arming robots was a step too close to something one would see in a dystopian science fiction movie. Though robot technology for policing has become more widely available, departments across the country have rarely used it to confront or kill suspects.

Three supervisors who rejected the policy from the beginning joined dozens of protesters on Monday outside City Hall to urge the board to change course. They chanted and held signs with phrases like “We all saw that movie … No Killer Robots.”

Supervisor Dean Preston was among them, and on Tuesday he told his colleagues the public hadn’t been given enough time to voice their concerns about such a pressing issue.

“The people of San Francisco have spoken loud and clear: There is no place for killer police robots in our city,” he said in a statement after the vote. “We should be working on ways to decrease the use of force by local law enforcement, not giving them new tools to kill people.”

The vote was the result of a new state law that requires police departments to inventory equipment including certain guns, grenades, armoured vehicles and battering rams and to seek explicit approval for their use. So far, only San Francisco and Oakland have discussed lethal robots as part of that law. Oakland police wanted to arm robots with shotguns but backed down in the face of public opposition, instead opting for pepper spray.

Some San Francisco officials wanted to proceed with allowing robots to use deadly force in certain cases, arguing nothing substantive had changed to warrant a reversal. But the vote to advance the broader police equipment policy – including the ban on lethal robots – passed unanimously. 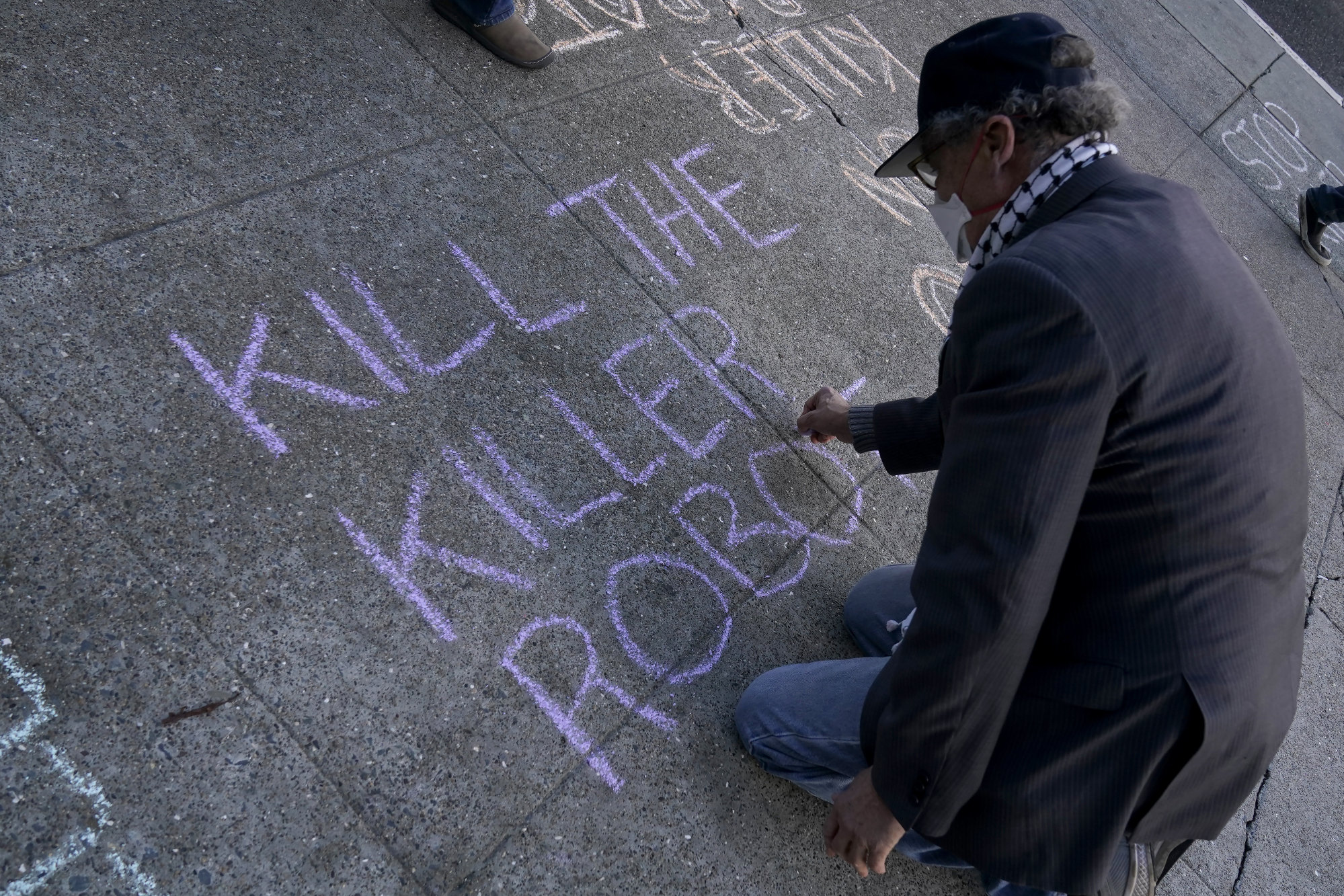 A man writes on the pavement while taking part in a protest on Monday against the use of ‘killer robots’ in San Francisco. Photo: AP

It still allows police to use robots to check out potentially dangerous scenes so that officers can stay back.

“Having robots that have eyes and ears and can remove bombs, which happens from time to time, is something that we want the police department to do while we continue to have this very controversial discussion,” said Supervisor Aaron Peskin, who brought forward last week’s motion around the use of robots.

The new policy needs another vote to take effect.