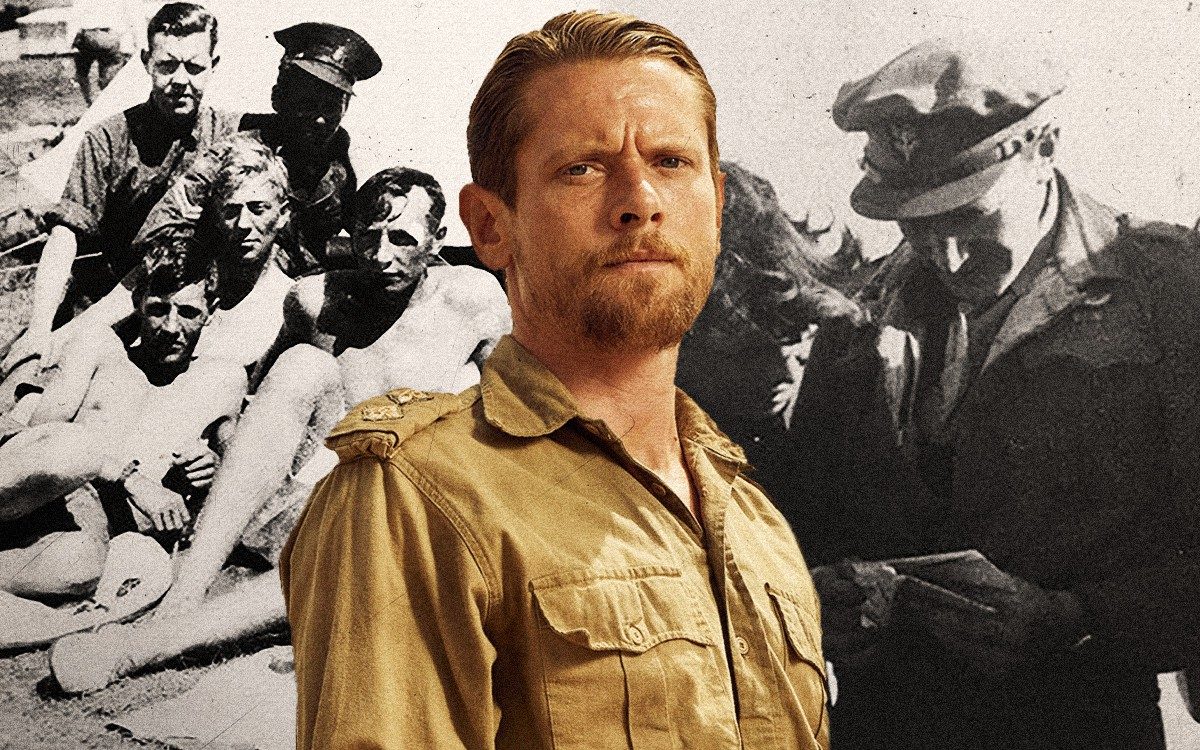 One of the founding SAS members in the latest BBC drama has been turned into “someone he wasn’t”, Paddy Mayne’s family has said.

Fiona Ferguson, the niece of Lieutenant Colonel Blair “Paddy” Mayne, said there was “more” to her uncle than a “drunk Irishman”.

“There is no denying he did drink, but that wasn’t him,” she told The Daily Telegraph.

Whilst the BBC’s SAS Rogue Heroes series has portrayed Mayne as an aggressive, inveterate bar brawler, Ms Ferguson, 77, said the man she knew was “a very caring, loving man”.

“I’ve had to live with it all my life,” she said. “Ever since he died the stories about him were always embellished.” 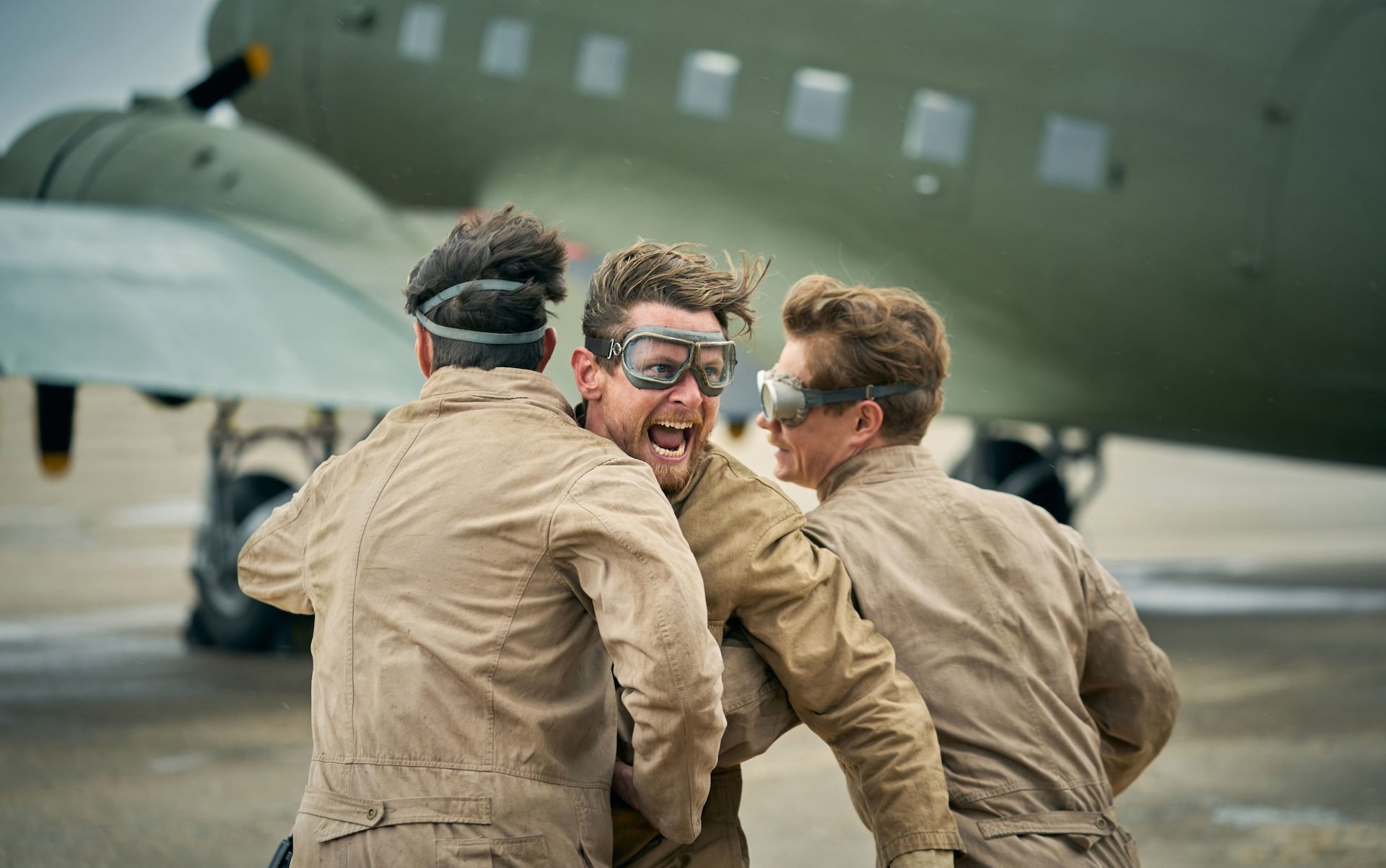 The programme is based on the book by journalist and historian Ben MacIntyre, which he wrote after gaining access to previously classified SAS documents and diaries.

It explores how a group of fearless soldiers and officers came together to form a new unit, which was built around Stirling’s idea of parachuting into the desert.

The show has been commissioned for a second series.

In fact, Ms Ferguson said it was just before he died in a car crash in December 1955, aged 40, that his last act of kindness towards her came in the shape of an early Christmas present; a book club membership so she could receive new books through the post each month.

She said he loved literature and letter writing and “wrote regularly to families all through the war”.

Ms Ferguson, of Newtownards, said her father and aunts had felt “very annoyed” about the “rubbish” books that have been written about Mayne over the years and questioned how well the BBC did its “homework” when they failed to get the correct pronunciation of Eoin Mcgonigal, Mayne’s best friend in the programme.

“You can see how it’s a good programme but I wish they’d stuck closer to the truth,” she added. “Blair was never in prison. Him fighting three military policemen never happened. The story was good enough without throwing stuff like that in.” 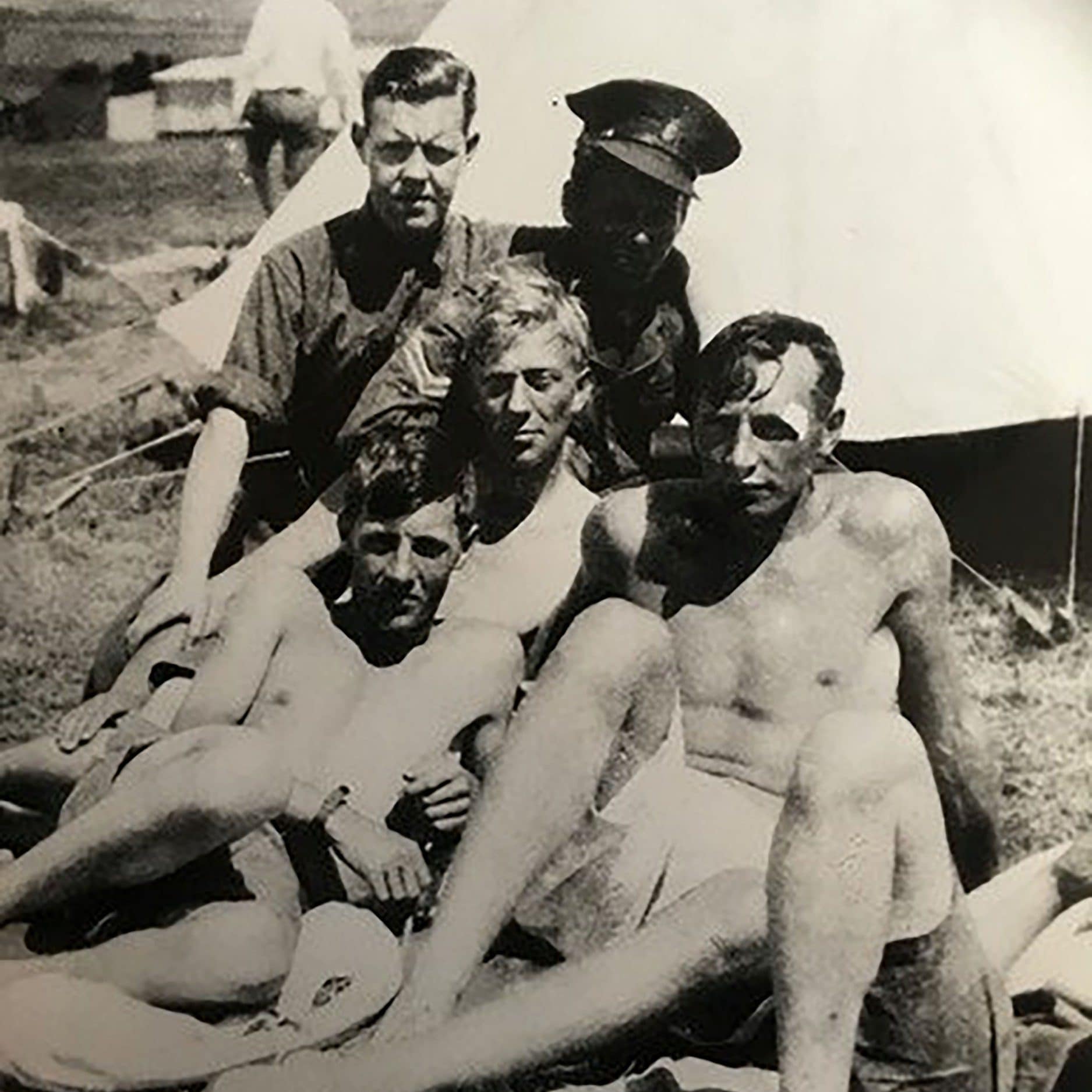 Damien Lewis has also revealed previously unseen pictures of Mayne in his book. He is seen here (with plaster over eye) wounded and recovering after a botched raid in 1941 called Operation Squatter – Mayne Family / SWNS 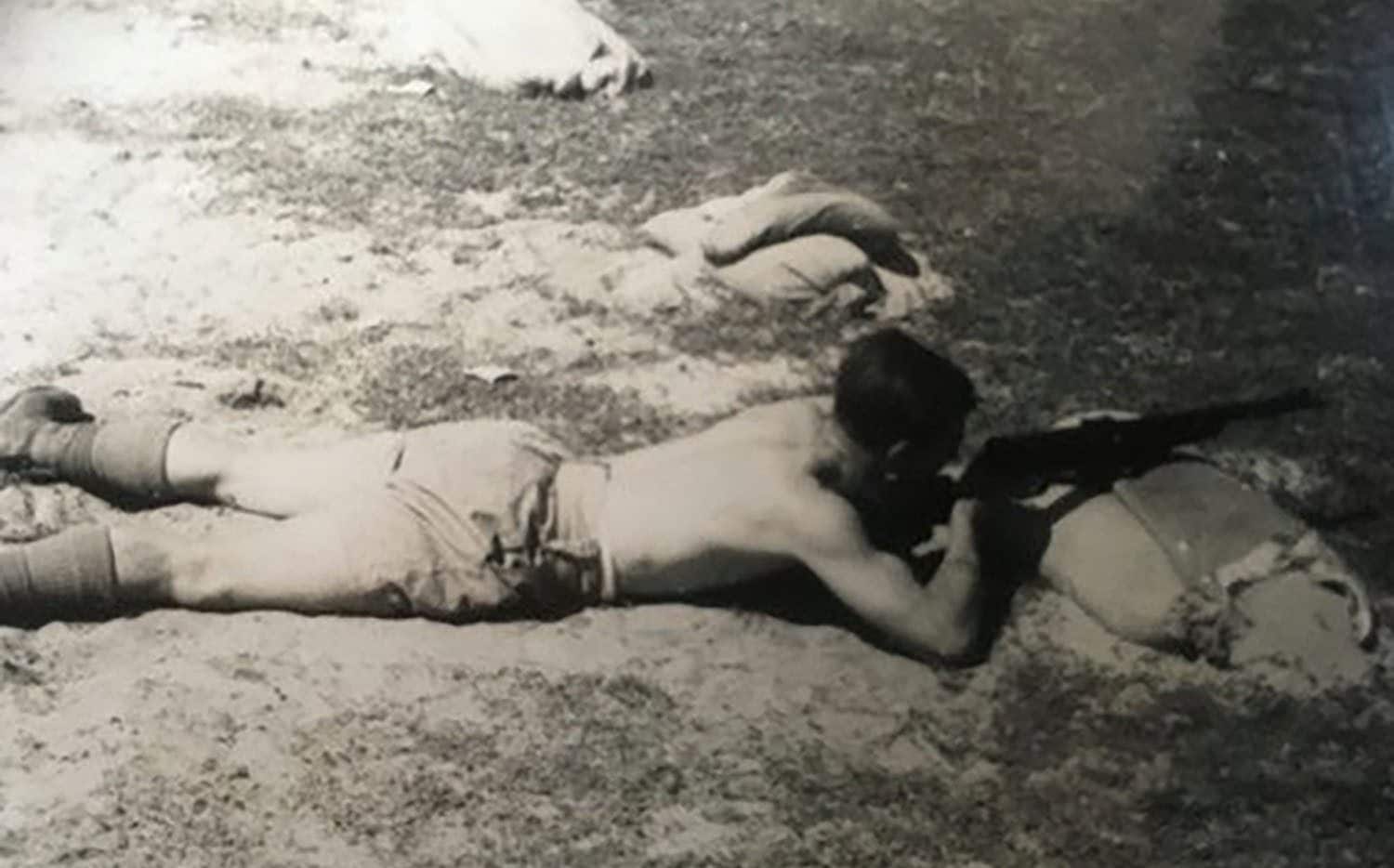 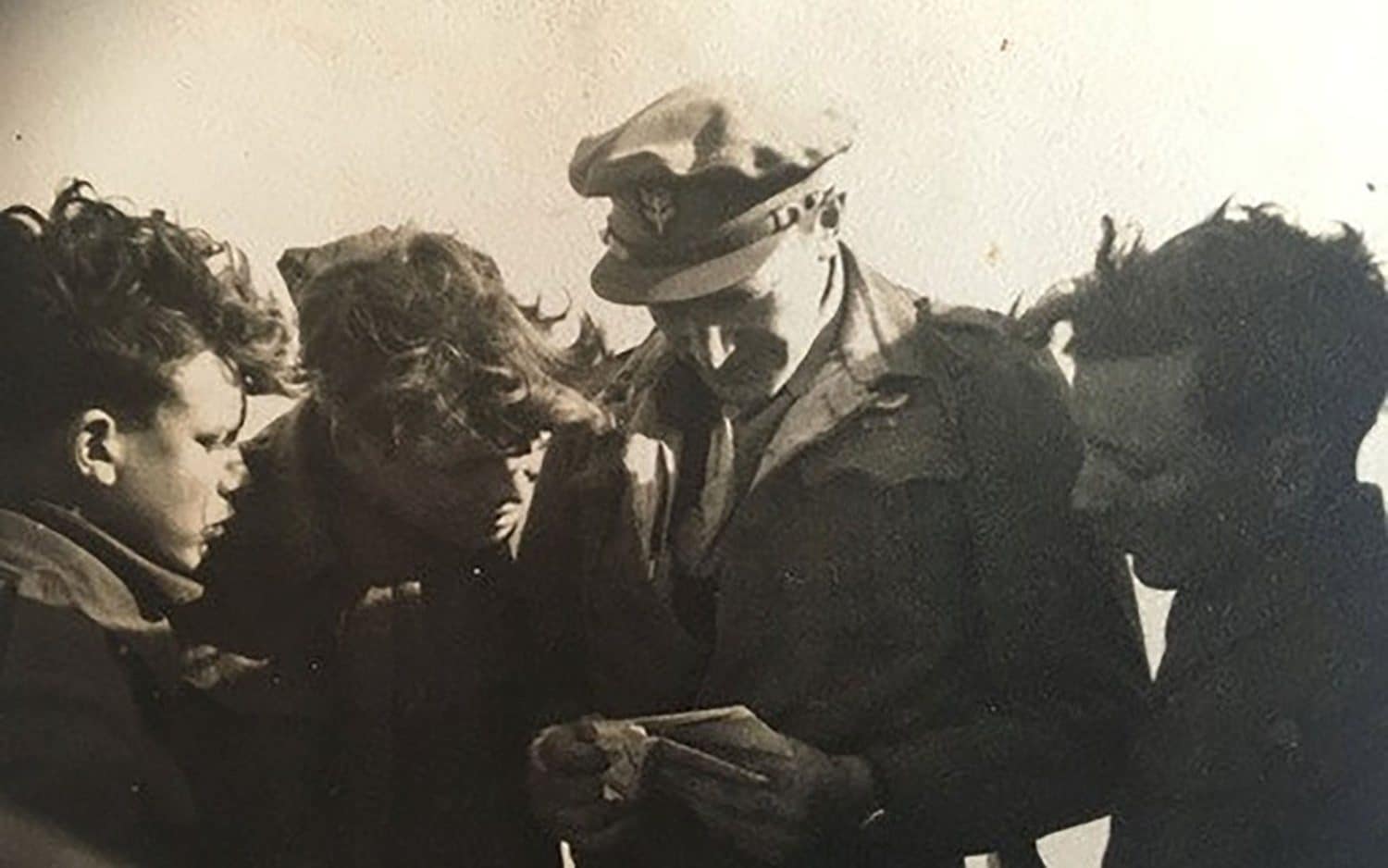 Ms Ferguson’s frustrations have come together as part of a new book called ‘SAS Brothers in Arms’ by Historian Damien Lewis.

Mr Lewis, 56, who has read through the letters, diary notes, and reports kept by Ms Ferguson’s family and conducted interviews with its surviving members over the last ten years, said it was “not true” and “nonsense” to portray Mayne as a “thug and drunken lout”.

“The more I went through these documents I discovered Mayne’s humanity,” he said. “It shone through.”

Through his research he would like to dispel “the lie of the undisciplined thug”.

“Before the war Mayne was an acclaimed rugby player for the Irish team and British Lions. Stirling made him the personal training officer for SAS and SAS’s discipline officer.

You wouldn’t make someone who is a drunken thug your discipline officer. It’s nonsense to portray him as a thug and a drunken lout bearing in mind he made this. There is no evidence of that.”

One of the most compelling details Mr Lewis found was how Mayne “cared passionately for those men he commanded”.

“If you’re commanding these harnessable men you have to inspire and lead by example and Mayne inspired them more than any other commander,” he said.

“He was able to do that because the men he commanded knew he asked them to do something he would do. They knew he cared and was an empathetic, imaginative individual.”

Mr Lewis said it was evident from the letters Mayne wrote back to the parents and loved ones after their son had been killed that “he cared for them as individuals”.

He said the trunk kept by Ms Ferguson was “full of letters Mayne wrote to the family of those whose son had been killed”.

“It’s not dry military speech, it’s letters from the heart which flesh out that individual and explain why he was so special. From the lowliest rank to the highest rank. Rank, status, wealth, privilege, meant nothing to him. He was a true egalitarian.”

Mr Lewis has also revealed previously unseen pictures of Mayne in his book.

The photographs show him sitting in the desert of North Africa with his comrades, where the SAS alone were credited for destroying over 400 German warplanes – more than the RAF.

In one image a wounded Mayne is pictured recovering after a botched raid in 1941 called Operation Squatter.

Another show him and other troops looking over a folded map of the deserts they launched lightning raids on German troops from.

Pictures also show the SAS soldiers on downtime, with a picture showing former British & Irish Lions player Mayne locked in a scrum with other SAS heroes during a rugby match.

In another, the Regiment are seen celebrating their battlefield success in a mess party during the war.