Saudi Arabia brought down to earth by Poland at World Cup 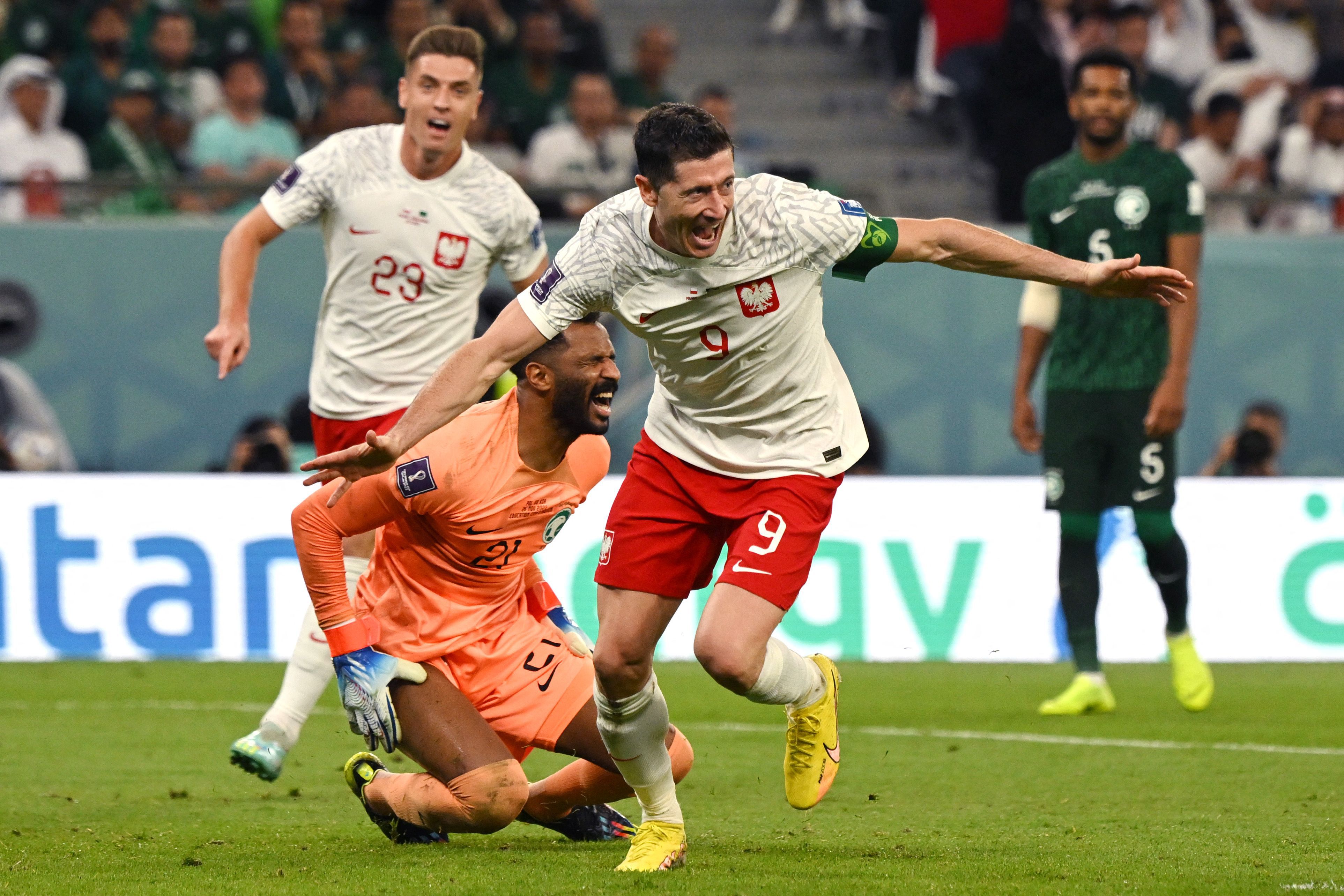 In the afterglow of Argentina, Saudi Arabia were sucker-punched by Poland.

Four days following the high of upsetting the world’s third-ranked side, the galvanised Gulf side were brought back down to earth by less-luminary rivals.

Saudi were beaten 2-0 at Education City Stadium on Saturday, when Piotr Zielinski and Robert Lewandowski struck towards the end of each half, and Salem Al Dawsari’s missed penalty and Abdulellah Al Malki’s mistake proved too costly.

Saudi were dominant yet not decisive, the better team for much in front of a fervent support, but their World Cup dream remains in the balance. Attempting to reach the knockouts for only the second time in six attempts, they have it all to do again in Group C. It comes down to Mexico on Wednesday.

Herve Renard’s side were right to feel aggrieved by the loss. Saudi had controlled the first half hour and more, clearly buoyed by the Argentina triumph and imbued with a sense of what was at stake. They thudded into tackles, harried Polish opponents and passed through the at-times static Europeans. Mohammed Kanno, the ranging midfielder, was central to everything, right-back Saud Abdulhamid a constant outlet.

The two combined on 13 minutes, with Kanno testing Wojciech Szczesny from Abdulhamid’s cut-back. However, the Poland goalkeeper palmed away the ball for a corner.

By 20 minutes, Poland had three names in the referee’s book: Jakub Kiwior, Matty Cash and Arkadiusz each collecting yellows.

Cash was perhaps fortunate not to soon see red; contesting a high ball with Mohammed Al Breik, he caught the Saudi left-back with his elbow. The Video Assistant Referee did not intervene, much to the obvious displeasure of the men in green.

But a rare break gave Poland the opener. Bursting forward down his team’s right, Cash squared to Lewandowski and, although his attempt was thwarted by Saudi goalkeeper Mohammed Al Owais, the Barcelona striker regained the ball on the byline. His pull-back was thrashed high into the net by Zielinski. For the first time all match – all 39 minutes and long before a ball had been kicked – the Saudi support fell silent.

Minutes later, they awoke again. Krystian Bielik appeared to catch Saleh Al Shehri’s ankle in the Poland penalty area and, following a consultation with VAR, a spot-kick was awarded. The contact, though, appeared minimal.

Yet Al Dawsari, captain in Salman Al Farad’s enforced absence, sent his shot too close to Szczesny, who guessed correctly low to his right. Quickly latching onto the rebound, Al Breik found Szczesny in inspired form again. Incredibly, he deflected the ball over the bar. It represented a huge let-off for Poland, a mighty let-down for Saudi.

At the start of the second half, Szczesny continued where he let off. The Juventus stopper saved once more from Al Dawsari, with his legs as he careered across goal, after substitute Nawad Al Abed initially dallied.

Not long after, Firas Al Buraikan drilled wide from the angle following brilliant quick feet from Al Dawsari, and Al Malki fired well off target. At the other end, Milik’s header rattled the Saudi crossbar and Lewandowski’s deft touch ricocheted off the post. It served as a twin warning of Poland’s potency.

On 77 minutes, Al Malki dragged wide his shot from the edge of the area. The Saudi midfielder beat the turf in anger, his frustration felt by thousands around the stadium. Most probably 35 million-odd back home, too.

Moments later, Al Malki’s afternoon went from bad to worse. Standing on the 18-yard line and not realising Lewandowski was lurking, he miscontrolled the ball and allowed the two-time Best Fifa men’s player to advance. Lewandowski rolled his effort under Al Owais. Overcome maybe by his first World Cup goal, the Poland star burst into tears.

He had, for the moment at least, broken Saudi hearts. With a place in the last 16 dangling, they could not seize it. Mexico offers a final chance, or another group-stage exit will fall at their feet.

2024 Audi SQ8 E-Tron Sportback Image Credit: Audi LANZAROTE, Canary Islands — The 2024 Audi Q8 E-Tron is entering into a vastly different electric world today than when it went on sale as the E-Tron in 2019. Buyers have more luxury EVs to choose from than ever, with the ...