Saudi Arabia coach Herve Renard has denied rumours that the country’s royal family gifted every player a Rolls Royce after their famous win against Argentina.

A claim on social media said that each member of the 26-man squad was to receive a Rolls Royce Phantom from crown prince Mohammed bin Salman after their 2-1 win on Tuesday.

It has since emerged that the rumour originated from an ill-informed Pakistani dentist and social media influencer, who spread the story on Twitter where it picked up traction.

Renard has gone on record to deny the story, stating that his players are not in line to receive the vehicles.

The 54-year-old Frenchman said: ‘There is nothing true about this. We have a very serious federation and ministry of sport and it is not the time to get something at this moment.’

Renard added: ‘I don’t know if you remember the press conference before Argentina. I said the Argentina game is one of the three important games we have to play. 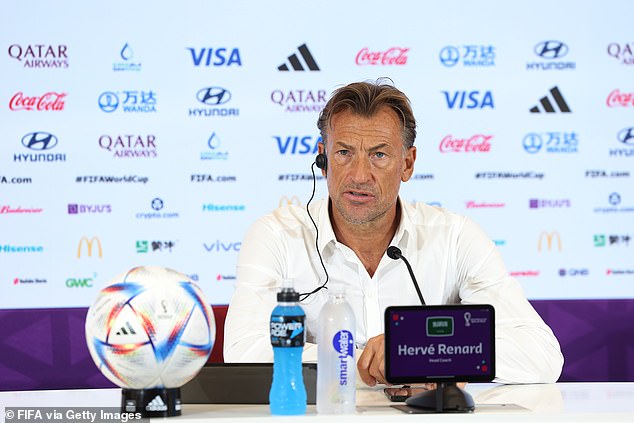 Forward Saleh Al-Shehri also denied the story, adding: ‘It’s not true. We are here to serve our country and do our best. That is the rewards.’

Reports suggest that Saeed Al-Owairan received a Rolls-Royce after scoring a world-beating goal for Saudi Arabia at the 1994 World Cup, but there was never any confirmation the same would happen this time around.

Saudi Arabia fans celebrating at home were rewarded with a public holiday after their famous shock victory against Argentina in their opening group game.

However, Saudi Arabia fell to a 2-0 defeat to Poland on Saturday, leaving Group C wide open.

Speaking before the Poland defeat, Renard said the squad had remained grounded. 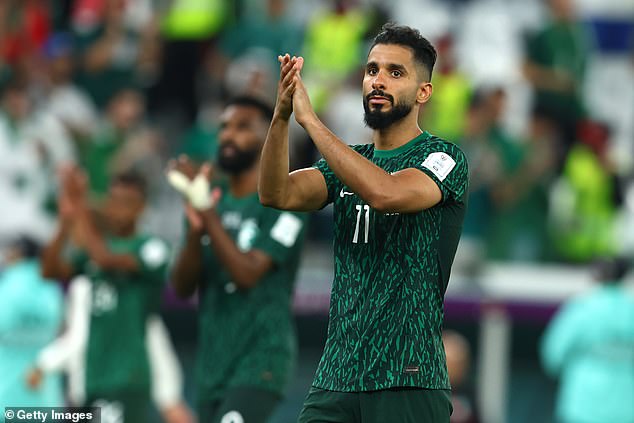 Renard said: ‘There is no limit. In life, we always have to believe in ourselves and in football it is the same. Nothing has changed.

‘We are still the lowest team of this group in terms of Fifa rankings, in terms of experience, and are not a favourite for this World Cup.’

Saudi Arabia’s final group stage match against Mexico takes place on Wednesday, as they try to upset the rankings and make it to the knockout rounds for the first time since 1994.

Before the Poland match, the team used their pre-match group shot to honour Yasser Al-Shahrani, who was injured in the match against Argentina. 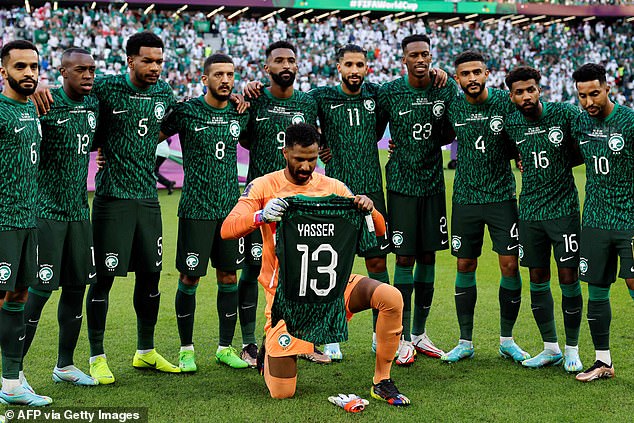 Saudi Arabia sent a tribute to Yasser Al-Shahrani, who was hospitalised against Argentina

Romanian authorities hauled away luxury cars from Andrew Tate’s compound. Robert Ghement/EPA-EFE/Shutterst Romanian authorities seized luxury cars Saturday from accused rapist and sex trafficker Andrew Tate’s compound. A Rolls-Royce, BMW and Mercedes-Benz along with other cars were seen being taken from the property on the outskirts of the capital, ...

Harry & Megan is a Netflix documentary series that shows the perspective of Prince Harry and Meghan, the Duchess of Sussex. The series is getting plenty of attention because Harry & Meghan are some of the current most popular members of the British royal family. While some viewers tuned in ...

Always. More. Choice. The boom in battery-electric cars continues, despite subsidies dropping slightly around Europe. We dare to look ahead: what’s coming, what’s missing and what are we particularly looking forward to? *** 2023 will be the year when subsidies subside. Countries across Europe have been making changes. More ...

What the papers say – January 27

The thrill of owning an asthmatic Rolls-Royce dies hard