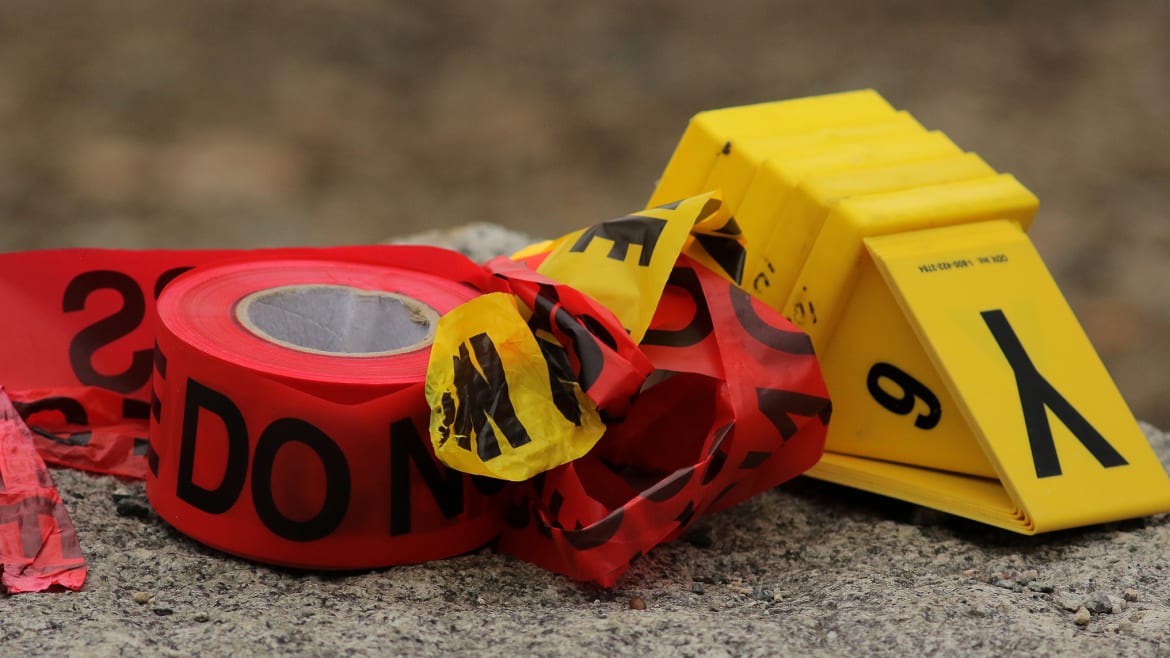 The hallowed tradition of Friday night football games was disrupted by gunfire in two cities—leaving one person dead and four more wounded.

In Tulsa, Oklahoma, the shots rang out during McLain High School’s homecoming game.

“When Officers arrived, we found two victims amongst the crowd of hundreds. One 17-year-old male was pronounced dead at the scene. Another 17-year-old was taken to a local hospital in critical condition, but has improved to stable condition at this time,” Tulsa police said in a statement.

“Dozens of Officers converged in the area assisting with crowd control and looking for the suspect. Our K-9 Unit and several Officers scoured the nearby neighborhoods as we believe the suspect took off on foot. Unfortunately, the trail went cold.”

More than a thousand miles away, in Newburgh, New York, three people were shot during a fight in the parking lot after the game, police said. None of the injuries were life-threatening, and no arrests had been made.

FOX. Erin Andrews was on the call for Sunday’s game between the Chiefs and the Rams. Kansas City topped Los Angeles, though Patrick Mahomes didn’t have his best game. He was brutally honest with Andrews following the game. “We didn’t execute at a high level in the red zone, ...