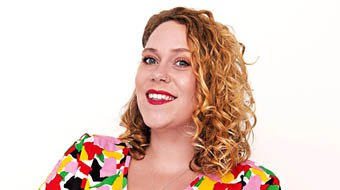 Bring Your Own Baby was set up so that comedy fans wouldn’t have to say goodbye to something they loved before children (Photo: Jennifer West)

Should you bring a screaming baby to a comedy show? This is a topic of hot debate right now, after comedian Matt Forde complained that a parent did not remove their crying infant from his Edinburgh Fringe performance.

Let’s face it. Babies cry. They’re cute, but they are loud. Even the most angelic little bubba can quicky derail almost any social situation because they haven’t yet mastered speech and need to get their point across somehow. No one begrudges the baby, and only a real a-hole begrudges the parents. However, the situation is slightly different when a parent brings a young baby into an adult environment that relies on timing, attention, and a relationship between the performer and their audience.

Although many comics make it look easy, to get on stage and relay a long-form story – or even just tell a couple of dick jokes – requires craft, practice and years of experience. You might think this means they should be able to deal with anything – and in many cases they can. However, a crying infant is a different kettle of fish to a drunk heckler, and we would know, because we run Bring Your Own Baby Comedy – lunchtime comedy clubs across the UK for parents where they can bring their babies, who are free to make as much noise as they want.

The idea was conceived over a glass of wine when fellow comedian Alyssa Kyria and I realised that, whilst there were plenty of things for young babies to do that are aimed at them, there really wasn’t much grown-up stuff going on for the parents to enjoy. Grown-up stuff, remember that? Even if you did fancy a night out at a comedy club, it would cost a fortune in childcare, take a spreadsheet to organise, and you might even have to leave before the headliner. Our shows are set up as a cross between a full-blown adult comedy night and a creche. Think prosecco and soft mats – with plenty of buggy parking, baby changing and helping hands to carry all the heavy accoutrements that come with being a new parent.

The acts themselves do not tone down their regular club sets for the parents to enjoy (sex and profanity is not off the table), but they understand when they are booked for the gig that it will entail being surrounded by adorable, yet sometimes distracting, babies. The acts and the audience all know what they’re getting, and our shows are loads of fun for everyone.

In the case of a fringe show, or a night at the Comedy Store however, the expectations from both parties are completely different. It would be highly unusual for a new-born or a toddler to find themselves in this situation (unless they’re particularly resourceful and end up in a kind of Baby’s Day Out scenario, where a neglectful Ted Danson loses sight of them, and they get a solo night out on the town). In the case of Forde, both he and the audience had prepared themselves for an evening of pithy political humour and, judging by his tweets, the baby wasn’t. More of a slapstick fan, maybe?

Being a new parent can feel incredibly isolating for many, with most of the things you enjoyed pre-baby being off-limits to your new addition to the family. Bring Your Own Baby was set up so that comedy fans wouldn’t have to say goodbye to something they loved B.C. (before childbirth). We would love to see more comedians including baby-friendly performances in their fringe runs and tours. But there are plenty of great acts who could really enrich the lives of new parents by adding an extra baby-friendly date so that people can bring their bubba, let them scream their head off, and enjoy a good laugh. Alyssa’s daughter was always “that baby” who cried like a banshee, so while we can understand this father’s desire to come out and enjoy some comedy, we also sympathise with Forde, who wasn’t expecting a tiny new fan in the crowd.

Ultimately, in the same way a joke can’t function without context, a live gig often lives and dies by the context it’s set in. At Bring Your Own Baby Comedy it would be strange not to have a screaming baby or two, and at an Edinburgh fringe show or a West End comedy night, the inverse is true. It is not a reflection of a comedian’s quality if they prefer not to have a baby in the room, but for those of us who love it, we can’t wait to see more parents at our shows.

Carly Smallman is a comedian who runs Bring Your Own Baby Comedy with Alyssa Kyria. For more details and to book tickets visit www.byobcomedy.com

Rules sought for 'gooning,' taking troubled kids to care There's a little-known practice in the U_S_ known as “gooning.” ST. LOUIS — Within what's known as the secure transport industry, it's called “gooning.” Brawny men show up under the cover of darkness and force a teenager into a vehicle, ...

Scotland's football chief Neil Doncaster believes the SPFL's new agreement with Sky Sports will “increase the exposure" of the competition.


View more: Sky Sports sign new deal with one of Europe’s ‘most exciting and passionate leagues’

has come under scrutiny from music fans for lyrics in her song ‘Dark Horse’ that refer to ’s horrendous killings. The singer, 37, from California, has been blasted across social media following the release of Netflix’s ‘Monster: The Jeffrey Dahmer Story’ which stars as the serial killer. The mini-series explores ...

Jackie Weaver first went viral for her reaction during the chaotic after a clip was posted on social media. The bizarre footage showed councillors insulting each other, with Weaver simply removing one of the more vocal members from the virtual room. She’s since gone on to some minor fame – ...


View more: Jackie Weaver: who is the Handforth council Zoom star - is she on Channel 4’s Make Me Prime Minister?

Quebec Liberal Leader Dominique Anglade is on a media blitz Tuesday to raise her profile ahead of next week’s election. Anglade is scheduled to conduct no fewer than six media interviews in Montreal and Quebec City before attending a gala in the evening in the provincial capital for young student ...


View more: Evita Too: the new ‘mega-musical’ telling the extraordinary story of the woman who followed Eva Perón

Letters to the Editor: Yes, Karen Bass can be pro-gun control while owning guns

Letters to the Editor: Description or diss? Question brings up fascinating local history