Footage of a newly adopted girl mouthing “my mommy” has the internet in tears.

In a now-viral TikTok video, Amaris, 2, is seen sitting on a stage with her preschool classmates. The children are performing in a Thanksgiving celebration, but Amaris can’t focus on anything except for a very special audience member: Her mother, Genevieve Traversy.

“I felt like that was the moment she realized I wasn’t going anywhere,” Traversy, 39, told TODAY Parents. “I’m going to cry just thinking about it.”

Traversy, who lives in North Carolina, shared the powerful clip earlier this month, but she filmed it in 2019, shortly after adopting her daughter. Amaris is now 5 and in kindergarten.

Amaris was a newborn when she entered the foster care system. At 18 months old she was placed with Traversy, her husband, Shawn, and their four children. When Amaris arrived at the Traversy’s home she was scared of people and would “flinch” if you got too close to her.

“She’d never drank out of a cup before and she had a lot of fears — like she was terrified of taking baths and she didn’t like to be touched. She liked to bite,” Traversy revealed. “We had to pour a lot, a lot of love into her. There was quite a bit of crying — not just from her, but from all of us. It was hard.” 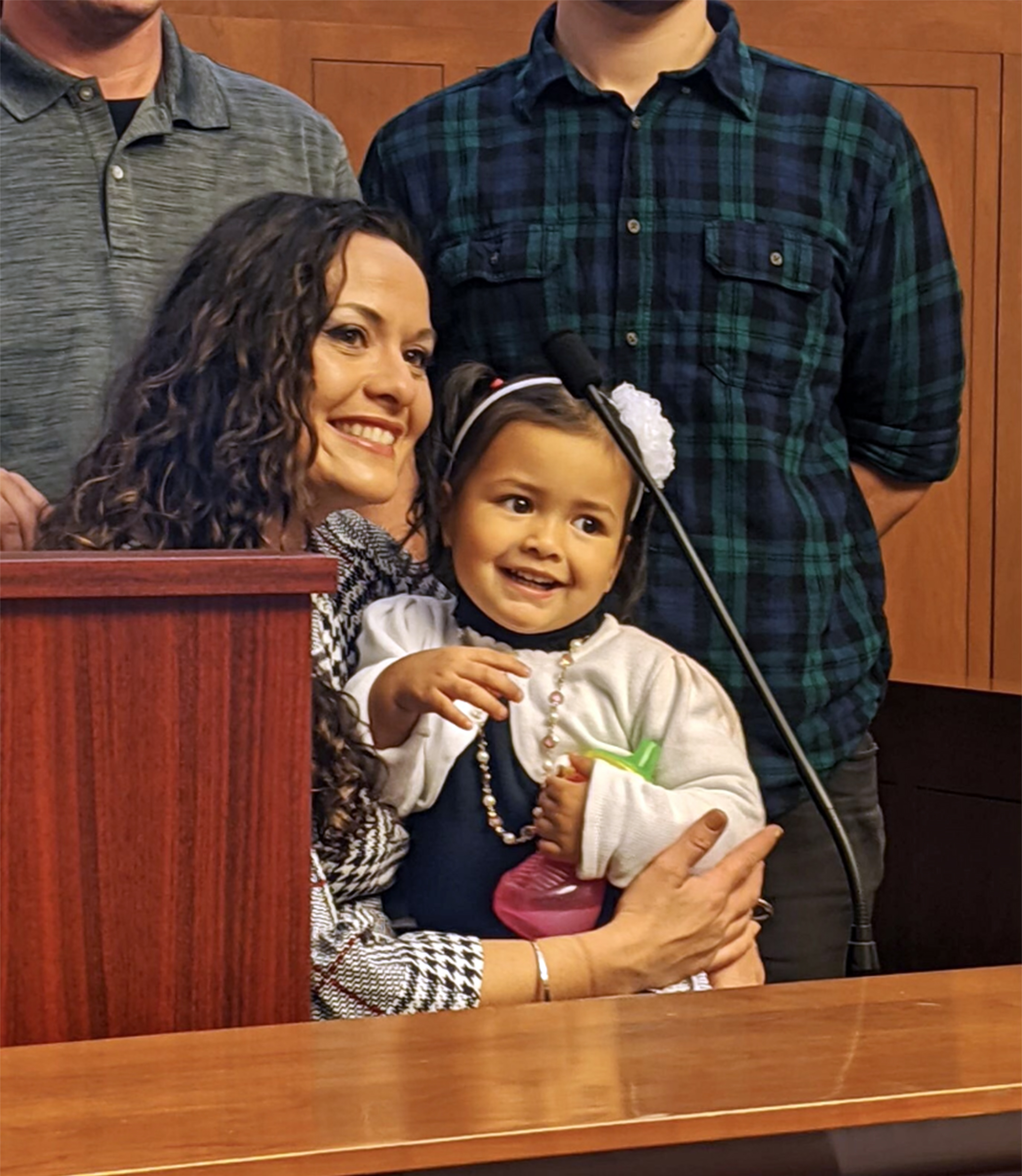 But it was worth it.

“If you saw her now, you wouldn’t know she was the same little girl that came to us,” Traversy said, noting that Amaris is “hilarious” and loves gymnastics.

Traversy, like Amaris, is also a former foster child. She bounced through 15 homes, before signing herself out of the system at 18. Traversy, who became a first-time mom at 16, went on to earn three college degrees including one in psychology. She now works as a foster care recruiter and life coach and is working on self-help book.

Traversy hopes that in sharing her story she will inspire others to foster and adopt. She and her husband still take in foster children.

“Trauma does not define a child. Underneath that trauma is a beautiful person just waiting to flourish,” Traversy told TODAY. “No child should be considered a lost cause.”

This article was originally published on TODAY.com

A CTrain passes through the City Hall LRT station in downtown Calgary on Thursday, February 3, 2022. Given the budgetary pressures facing the city this year, it’s perhaps not unreasonable that Calgary Transit users would be asked to pay a little bit more .  Conversely, though, it’s not unreasonable ...