One day after quarterback Mike White and the Jets thrashed the Bears, 31-10, Sharped declared on FS1’s “Undisputed” that the starting job should be White’s for the rest of the year while Wilson, who was benched last week, could perhaps take up other off-field activities.

“Mike White threw for 300 yards. You look at those conditions — it wasn’t like it was 75 and sunny — and he was spinning like he was in a phone booth,” Sharpe said. “I’m sorry, Zach, you might have to go cougar hunting again, but you ain’t getting that job back unless Mike White [gets hurt], knock on wood.” 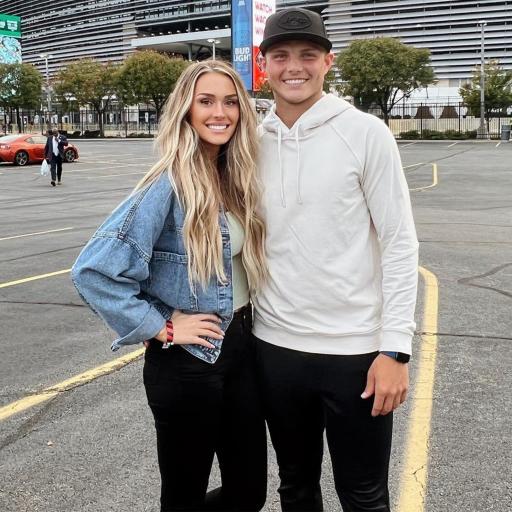 The “cougar hunting” bit is an allusion to a wild offseason story, in which Wilson’s ex-girlfriend, Abbey Gile, accused the Jets quarterback of sleeping with his mom’s best friend.

It’s been a stunning fall from grace for Wilson, who was benched by head coach Robert Saleh on Wednesday following a brutal 10-3 loss to the Patriots. Although Wilson — the second overall pick in the 2021 NFL Draft — turned in a putrid 77-yard performance, he did not take accountability for the defeat.

With Wilson sidelined, the Jets looked to White, a 2018 fifth-round draft pick who posted a near-flawless outing Sunday, throwing for 315 yards and three touchdowns. 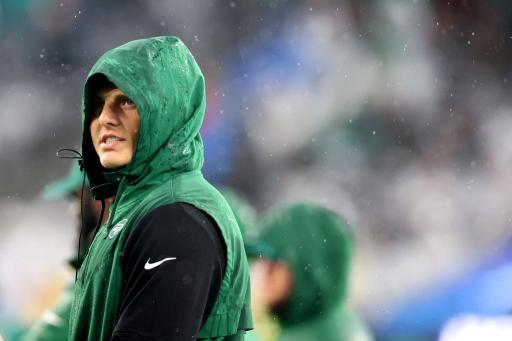 Zach Wilson looks on from the sidelines as Mike White and the Jets crush the Bears.

“This is Mike White’s job, at least for [the rest of this] season,” Sharpe said Monday. “He did a great job. He got guys involved. If you look at the offense, and how it looked compared to how it looked with Zach Wilson, it looked night and day different. Garrett Wilson and [Elijah] Moore had their best games of the season.”

Sharpe then detailed how White galvanized the team.

“Did you see everybody, how excited they were after the game?” he asked. “They were like, ‘We got a chance!’ As a receiver, Skip, I want to win. But at least I want a chance if I go out there and run a good route the guy will get me the ball. He ain’t gonna skip it to me. He’s not gonna throw it 10 feet over my head. You want a quarterback that guys are excited about playing with. You can’t force Zach Wilson on them.” 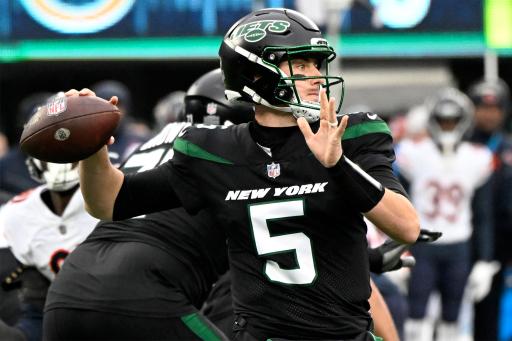 Jets quarterback Mike White throws a pass against the Bears on Nov. 27, 2022. 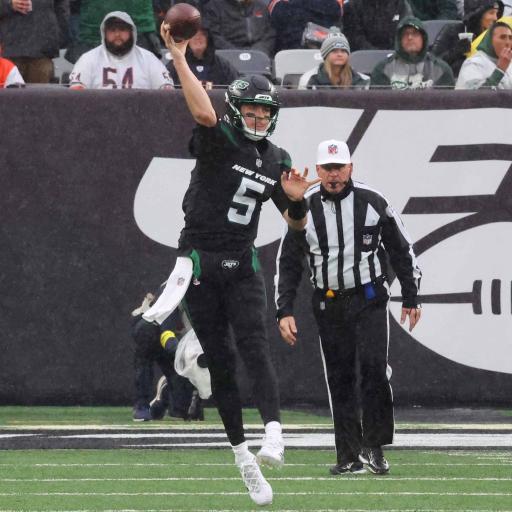 Jets quarterback Mike White in action against the Bears on Nov. 27, 2022.

Though White and the Jets faced a Bears defense without playmakers such as pass rusher Robert Quinn and linebacker Roquan Smith, who were both traded earlier this year, New York will face a much stiffer test Sunday against the Vikings in Minnesota.