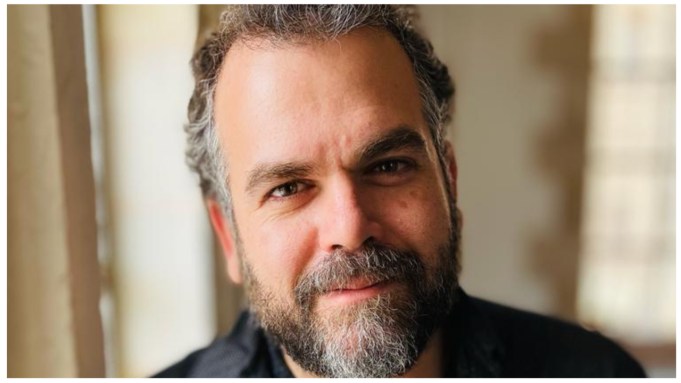 EXCLUSIVE: Ori Elon, writer and co-creator of Shtisel, is currently working on a biographical mini-series about Austrian-Jewish journalist and playwright Theodor Herzl, who played a significant role in founding the modern state of Israel, Deadline has learned.

I’m hearing the series, which is at early stages, is said to be based on Herzl’s personal diaries and chronicles his journey from a cynical playwright to the leader of a nation. Elon is collaborating on the project with Adv. Inbar Nacht, who is financing the script for the show.

Herzl is a prominent figure in Jewish history and is considered the visionary of the state of Israel. Born in 1860 to middle class parents in what is now Budapest, Hungary, Herzl’s career was devoted to journalism and literature. He worked at a newspaper in Vienna before becoming a correspondent in Paris, where he attended the trial of Alfred Dreyfus, a renowned political scandal and anti-Semitic event which saw a French-Jewish army captain falsely convicted as a spy for Germany.

The event made a Zionist out of Herzl and he believed then that Jews needed a nation to call their own. He founded and was the president of the Zionist Organization, a modern political movement to establish an independent Jewish state.

Elon is best known as the co-creator and writer of Netflix’s hit series Shtisel, which he co-wrote and co-created with Yehonatan Indursky. The series follows a Haredi family living in an ultra-Orthodox neighborhood of Jerusalem reckoning with love, loss and the doldrums of daily life. The Israeli series stars Michael Aloni, Doval’e Glickman, Neta Riskin, Sasson Gabai and Shira Haas.

Israeli drama is booming at the moment with shows such as Shtisel, Fauda, Unorthodox, Your Honor and On The Spectrum becoming global hits for international audiences. Elon’s Herzl project could become one of the next hot projects in the Israeli content sphere.

Elon is repped by The Kneller Agency.

Solider who organised the Queen's funeral procession running London MarathonGarrison Sargeant Major Andrew Vern Stokes is raising thousands for charity He said the late monarch's funeral 'seems to have ignited a renewed patriotism'The 26.2-mile course finishes on The Mall, where GSM Stokes was seen walking down as he made one final inspection ahead of funeral parade just weeks earlier


View more: Soldier in charge of Queen's funeral procession will run London Marathon this weekend after he helped 'ignite renewed patriotism' across Britain

They are expecting their first child together after a 17-year romance. And Rafael Nadal and his wife Mery Perello are reportedly expecting a son as Spanish magazine Hola! revealed the sex of their baby on Thursday. The publication first broke the news of Mery’s pregnancy in June, after weeks of speculation that ...


View more: Rafael Nadal and his wife Mery Perello 'are expecting a baby boy' as they prepare to welcome their first child together after 17-year romance

A birds-eye view image of a neighborhood in Cape Town captured by local government officials who accidentally pictured the moment one woman was sunbathing in her backyard. With a stock image of a woman laughing and covering her face, embarrassed, inlay. The internet has been left in stitches after ...


View more: Nude Sunbather Shocked To Find Photo of Herself on Government Site

Sime Darby Motors has inked a new distributorship deal with Chinese EV maker BYD for the Malaysia market, marking the marque’s official entry into the country. The announcement comes just two weeks after it was first reported that the two companies have been in talks for a distributorship agreement. ...

White House digs in on Biden's gaffe about dead congresswoman: The Note The slip fueled a discussion that Republicans would love to get more attention. The TAKE with Rick Klein It wasn't the story of the day or the week, and more pressing national matters surround it in every direction. ...

Texas agencies say they are being hammered by a historic staffing crisis, particularly when it comes to those in the trenches serving the state’s most vulnerable populations.

The rural Fort Stockton school district is paying big money for teachers and sweetening the deal with low-cost housing.


View more: In West Texas, Fort Stockton’s solution to a teacher shortage is a motel