Red Bull driver Max Verstappen has said that he is in 'no rush' to claim a second Formula 1 World Title at Singapore this weekend and will take his time and prepare as per normal. 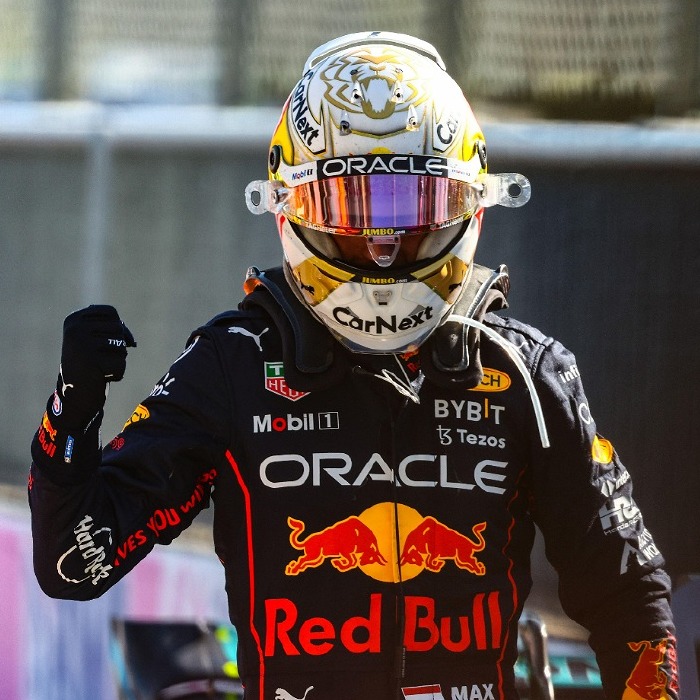 As things stand, if Verstappen outscores Ferrari’s Charles Leclerc by 22 points and Red Bull team-mate Sergio Perez does not finish on the podium then the Dutchman will win back-to-back titles on Sunday.

The 24-year-old Verstappen has simply dominated the 2022 F1 season, winning 11 of the 16 races out of his 13 podiums gained. With six races remaining in the season, he could still improve on his dominant 116 points lead in the drivers’ standings.

When asked about potentially winning the F1 title at Singapore, Verstappen said: “I don’t really think about the championship.

“I just want to have a positive weekend on track and take it race by race, there’s no rush.”

Due to the Covid pandemic, the Singapore race at the Marina Bay street circuit was cancelled since 2019, and Verstappen’s best result there was in 2018 when he finished second.

The Marina Bay street circuit happens to be a venue which is known for having a bumpy track and also where there is a high probability of crashes the use of safety cars being part of the weekend’s racing.

Verstappen has warned the Red Bull team to be “ready for anything” to happen at Singapore from Friday onwards.

“We haven’t been to Singapore for a while so it will be interesting to see how the track has evolved,” Verstappen said.

“It’s definitely one of the best races of the year and it’s a beautiful place to be. It’s important to have a good qualifying lap here so we’ll be focussing on that.

“During the race, we just have to be ready for anything as there’s usually a lot of safety cars.

“In general, it’s a challenging circuit, the humidity is tough on the body and it’s very difficult to do a perfect lap because of tight turns and how close the walls are,” he added.

Surveillance video shows gunman open fire on Bronx sidewalk, police said. The wife of a Bronx man killed in gruesome fashion recalled her desperate rush to her dying spouse’s side as he lay bleeding on the street near their home. Imani Nuri Hinton received a phone call from her husband ...


View more: Widow of slain Bronx man recalls his final minutes of life: ‘I didn’t want him to go away’

A roundup of junior hockey results from the Okanagan and area. WESTERN HOCKEY LEAGUE SPOKANE 2, KELOWNA 1 At Spokane, the Chiefs built up a 2-0 lead, then hung on for the win despite a big push by the Rockets during the third period of Friday night’s game at Veterans ...

A man has died after he was hit in a two-vehicle collision in the downtown area on Saturday, say Winnipeg police. Officers went to the southbound lanes of Century Street between Portage Avenue and Academy Road at 2:45 a.m. for the report of a motor vehicle collision involving two vehicles ...

Akshay Kumar Tim P. Whitby/Getty Images Bollywood megastar Ashkay Kumar revealed that he is making a feature on the theme of sex education that he hopes to release next spring during an In-Conversation event at Saudi Arabia’s Red Sea International Film Festival on Saturday. “It’s a very important subject. ...

Marko Bogicevic maintains his ordeal began because he had the gall to share a joke article about yuppies losing bags on flights from Australia to Europe. It was fateful irony, he’s certain, that led to not one but three bags being lost on a short trip abroad, leaving Bogicevic ...


View more: Around the world in 118 days: one airline passenger’s $3,000 battle to retrieve lost luggage