Olivia Wilde appeared in good spirits as she headed to her gym in Los Angeles for a workout on Wednesday.

The actress, 38, showcased her toned physique as she sported a grey crop top that highlighted her midriff.

The film director also sported a pair of black leggings along with a pair of matching trainers for the outing. 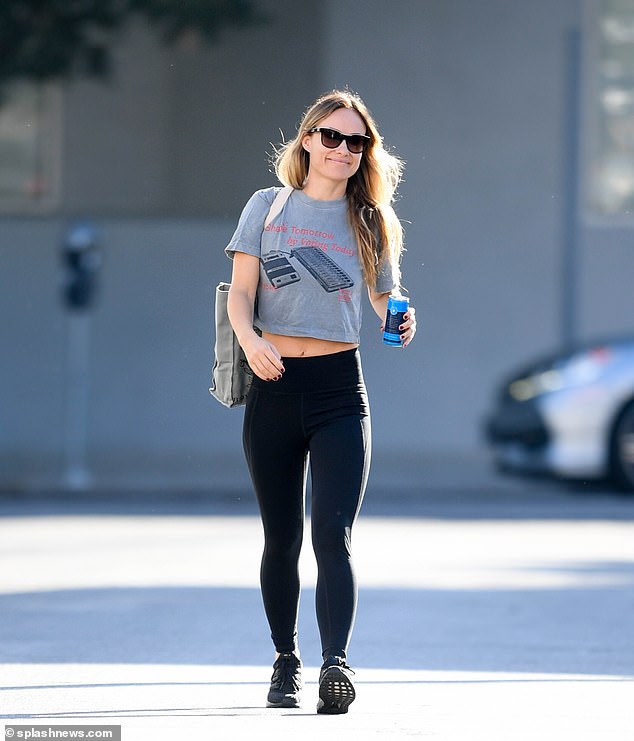 Keeping fit: Olivia Wilde donned a grey crop top and black leggings as she arrived at her gym in Los Angeles for a workout on Wednesday

Carrying a grey handbag with a floral print, Olivia added to her look with a pair of sunglasses.

Completing her outfit with gold bracelets, the star let her brunette locks fall loose down her shoulders.

The outing comes after Olivia and her boyfriend Harry Styles were in attendance at the New York City premiere of her second directorial feature, Don’t Worry Darling.

The couple were joined on the red carpet by co-stars such as Gemma Chan and Sydney Chandler, yet Florence Pugh and Chris Pine were noticeably absent from the event after they were dragged into the ongoing drama that surrounds the psychological thriller film.

Radiant: Olivia highlighted her toned midriff in the garment while she also sported a pair of black trainers 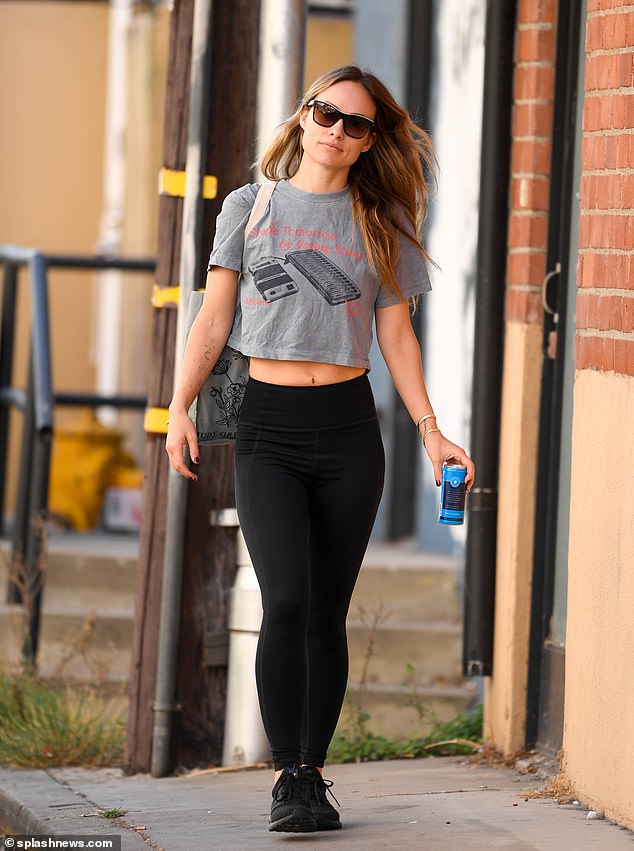 Laid back: Letting her locks fall loose down her shoulders, the star added to her look with a pair of sunglasses

Olivia and Harry confirmed their romance when they were seen holding hands at his agent’s wedding in Montecito, California, on January 3, 2021.

Eyebrows were raised, however, over just how quickly she had moved on from her ex-fiancé, Ted Lasso star Jason Sudeikis, who she split from in November 2020.

The exes are currently in a custody battle over their children, son Otis, eight, and daughter Daisy, five.

Olivia recently hit out at claims that there was any crossover in her relationships, telling Vanity Fair magazine: ‘The complete horses**t idea that I left Jason for Harry is completely inaccurate.

‘Like any relationship that ends, it doesn’t end overnight. Unfortunately, Jason and I had a very bumpy road, and we officially dissolved the relationship towards the beginning of the pandemic.’ 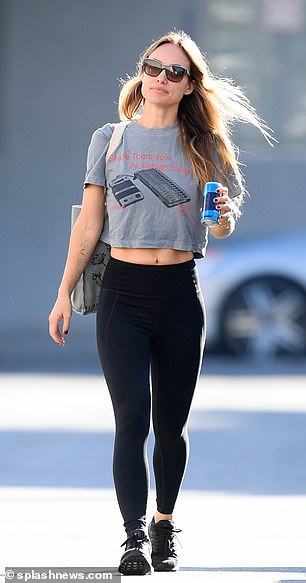 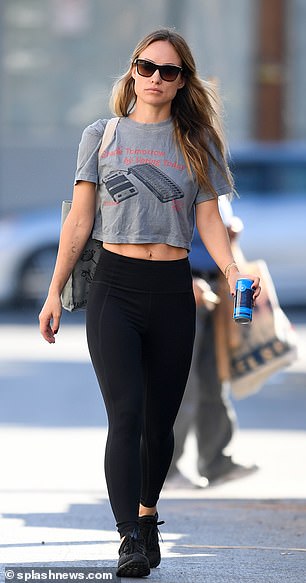 Olivia not only directed the film but took a starring role as cocktail-loving, married mother-of-two Bunny in the Black Mirror-style psychological thriller.

Don’t Worry Darling tells the story of housewife Alice, played by Florence Pugh, whose husband Jack (Harry) moves them into a utopian community for his new company.

She starts worrying that her husband and his company are hiding terrible secrets as her life is turned upside down. 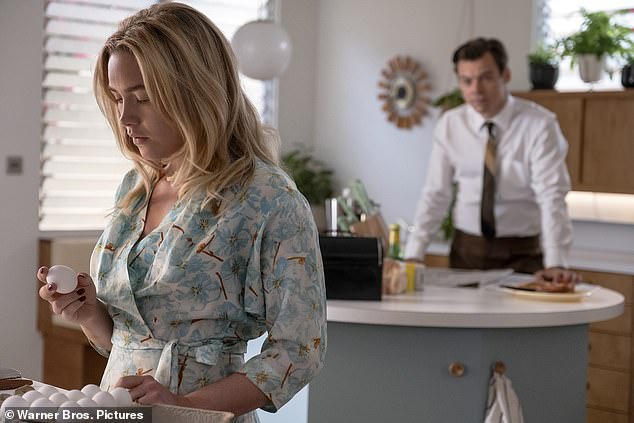 Thriller: Don’t Worry Darling tells the story of housewife Alice (Florence) whose husband Jack (Harry Styles) moves them into a utopian community for his new company

However, both actors did attend the world premiere at the Venice Film Festival on September 5 where footage of Harry appearing to spit on Chris went viral.

A videos showed Harry taking a seat next to Chris, who had been clapping but instantly stopped as his costar sat down.

However, the video didn’t clearly show any spit, and a second clip from another angle showed the two chatting politely just seconds later.

A representative for Chris later vehemently denied that there had been any spitting.

Dressed to the nines: Olivia and Harry were both in attendance at the New York City premiere of Don’t Worry Darling, at AMC Lincoln Square Theater this month


Florence allegedly hated how Harry and Olivia got together and definitely hated how the movie was marketed to be overtly sexual.

And thanks to a leaked video from Shia proving he quit and wasn’t fired by Olivia everyone now knows that the director called Florence ‘Miss Flo’ behind her back.

Don’t Worry Darling was released in cinemas on September 23 and has received mixed reviews from critics and so far has made $37.4million at the box office. 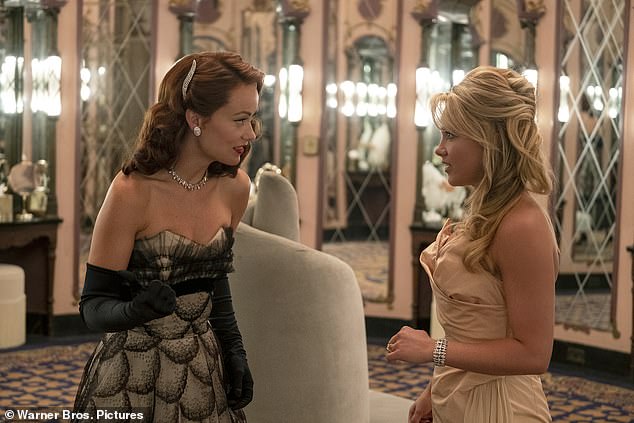