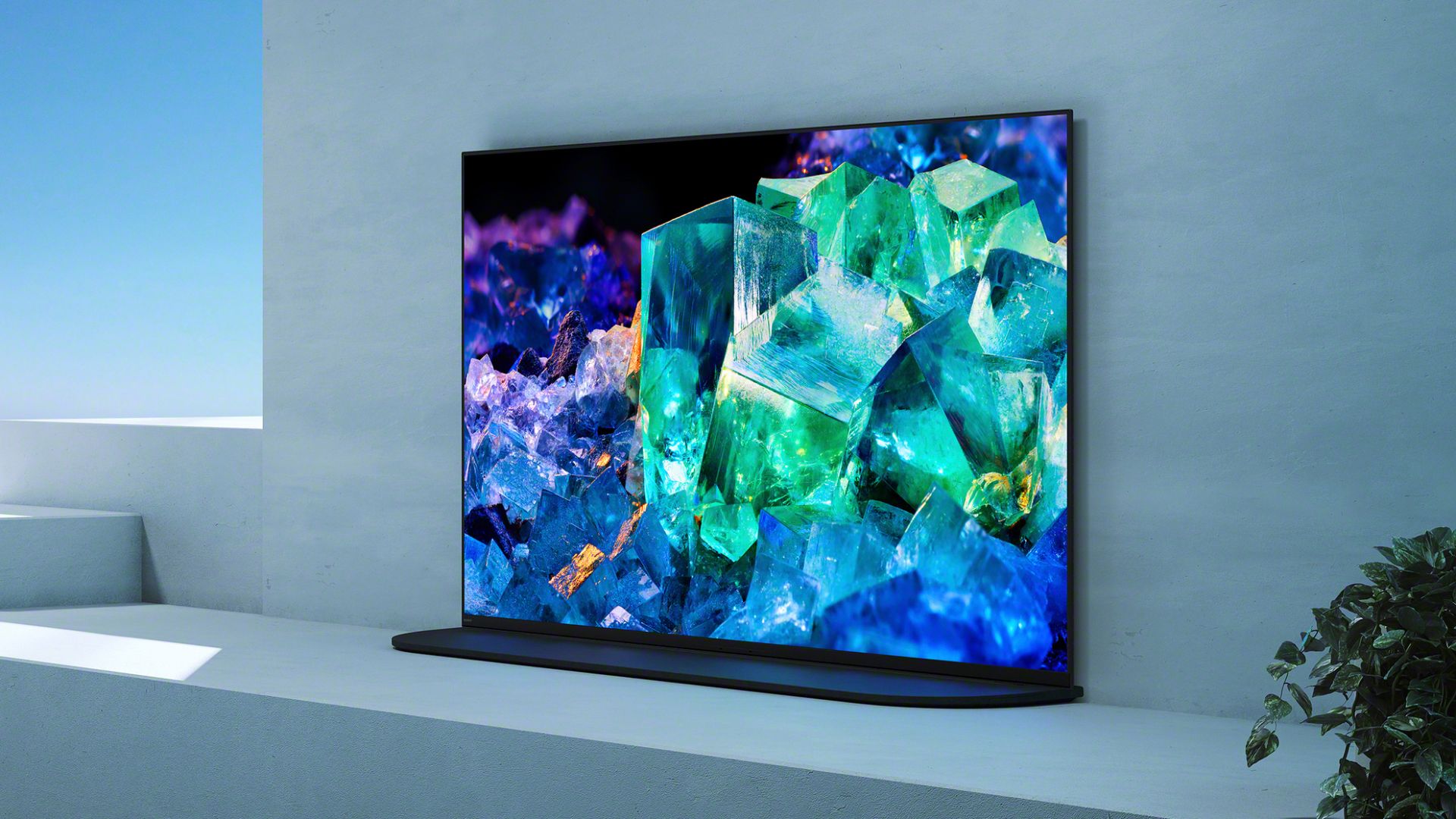 Sony A95K OLED TV in room with window to the left

We’re big fans of the Sony A95K OLED TV: as we wrote earlier this year, “the Sony A95K is the first ever QD-OLED TV, making it truly groundbreaking” and predicted that it could well be one of the very best TVs in 2022.

And now the judging panel at the Expert Imaging and Sound Association (EISA) Awards clearly share our enthusiasm, as they’ve just crowned the Sony A95K as the best OLED TV you can buy today for premium shoppers.

QD-OLED works by combining a blue light source and blue OLED transmissive layer with red and green Quantum Dot layers. Quantum Dot technology is something you see in many of the best Samsung TVs, and as someone who’s on their second Quantum Dot TV I can attest to its cleverness: it delivers significantly improved brightness and gorgeous colour saturation.

But there’s more to this Sony than its screen, as good as that is.

Why the Sony A95K OLED TV ticks all the boxes

You also get the Acoustic Surface Audio technology we previously heard on the Sony A90J. This uses actuators behind the screen to create positional audio, and in this model it’s the premium plus version with even bigger actuators than before for more volume and better sound quality. The TV can also detect where you’re sitting and adjust the audio location of the vocals and/or the stereo image accordingly.

When we reviewed its predecessor, the Sony A90J, we called it an “OLED masterpiece” and gave it the full five stars. It looks like the A95K is even better; if you’re in the market for a premium OLED, this should definitely be on your shortlist.

It seems like Sony will continue to support PlayStation 4

Sony Is Looking For Remakes In All the Wrong Places

Save $30 on Our Favorite Noise Canceling Earbuds From Sony

15 Things You Should Know About Rise of the Ronin

The PS5 has been jailbroken, so obviously people have gone and installed PT

Sony Xperia 10 IV review: One compromise too many

Good, but not quite good enough


View more: Sony Xperia 10 IV review: One compromise too many

For the first time, Amazon is squeezing an extra Prime Day into the calendar. Whether it’s because the retail giant stumbled across a warehouse full of TVs, laptops, smart watches and homeware it had forgotten about, or simply because Jeff Bezos really loves a heavily discounted electric toothbrush, we’re all ...

Players can now link their Steam accounts to their PlayStation Network accounts through a new feature in the PC version of Marvel's Spider-Man Remastered.

PS Plus Subscribers in Spain Get a Bonus Game This Month

Something you may not be aware of is that PS Plus subscribers in Spain – across all tiers – tend to get the odd bonus game from time-to-time. These titles are typically part of the PS Talents program, which helps local developers get their software published on the PS ...


View more: PS Plus Subscribers in Spain Get a Bonus Game This Month

Zee and Sony reportedly ready to shut down channels for merger to challenge Netflix, Amazon

Sony says it'll be 'at least a year' before PlayStation exclusives hit PC, unless they're live service games

Sony Might Continue Releasing Cross-Gen Games, “Evaluating it on a Case-by-Case Basis”

Sony says collaboration with FromSoftware could go beyond games

Documentary On Michael Jackson’s ‘Thriller’ In The Works, From Jackson Estate And Sony Music Entertainment

Sony will release all of its future first-party games on PC, GaaS games “day and date” on PC

The best wireless earbuds for running, from Sony, Bose, Philips and more