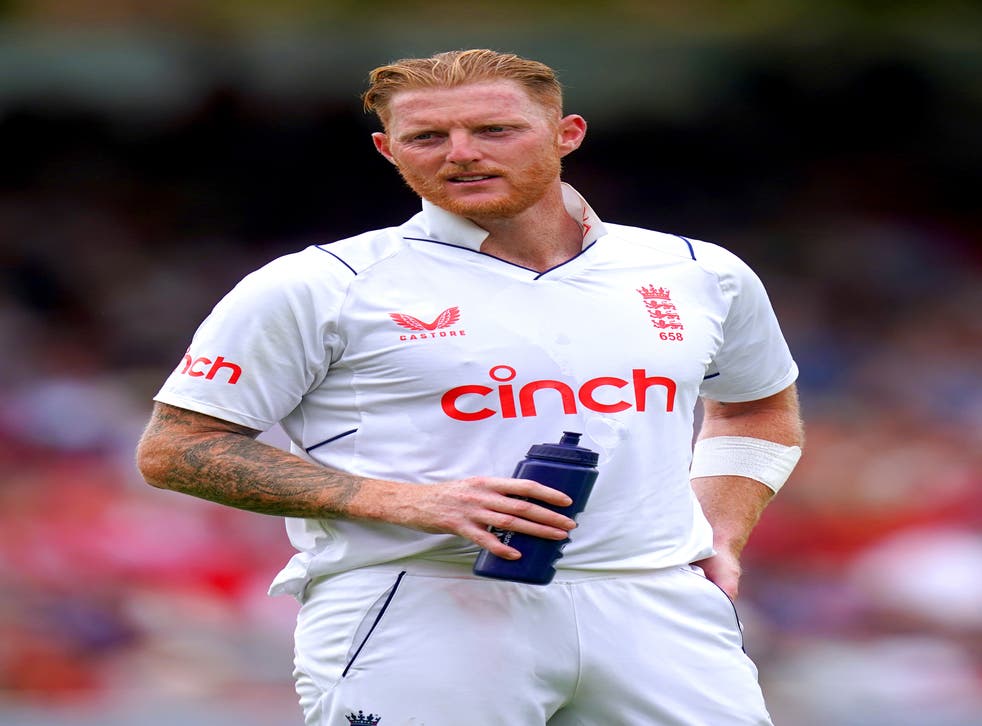 England captain Ben Stokes dragged his side back into the first Test against South Africa but the tourists still finished the second day well on top at Lord’s.

The Proteas, having dismissed England for 165, had been motoring along and looking comfortable when Stokes made the decision to switch tactics in favour of the short ball and bounced out opener Sarel Erwee for 73.

Stokes (three for 53) then trapped Rassie van der Dussen lbw in his next over to spark a mini South Africa collapse that saw them fall from 187 for three to 210 for six.

However, an entertaining partnership between Marco Jansen (41 not out) and Keshav Maharaj (41) tilted the scale again as South Africa closed on 289 for seven, a lead of 124.

Here, the PA news agency takes a look at some of the memorable moments from day two.

Lord’s was bathed in red on the “Red for Ruth” day to raise money for the Ruth Strauss Foundation, which was established by former England captain Sir Andrew Strauss in memory of his wife Ruth who died from lung cancer in 2018.

Moment of the day

Ollie Pope could only add 12 runs to his overnight 61 before he was bowled by Kagiso Rabada but he should have been out even before that after being dropped in comical fashion. The 24-year-old nicked the ball to first slip where Erwee had three failed attempts at catching the ball before it struck the ground.

Stat of the day

Stuart Broad claimed his 100th Test wicket at the home of cricket to reduce South Africa to 210 for six, with Kyle Verreynne nicking the ball behind for 11. 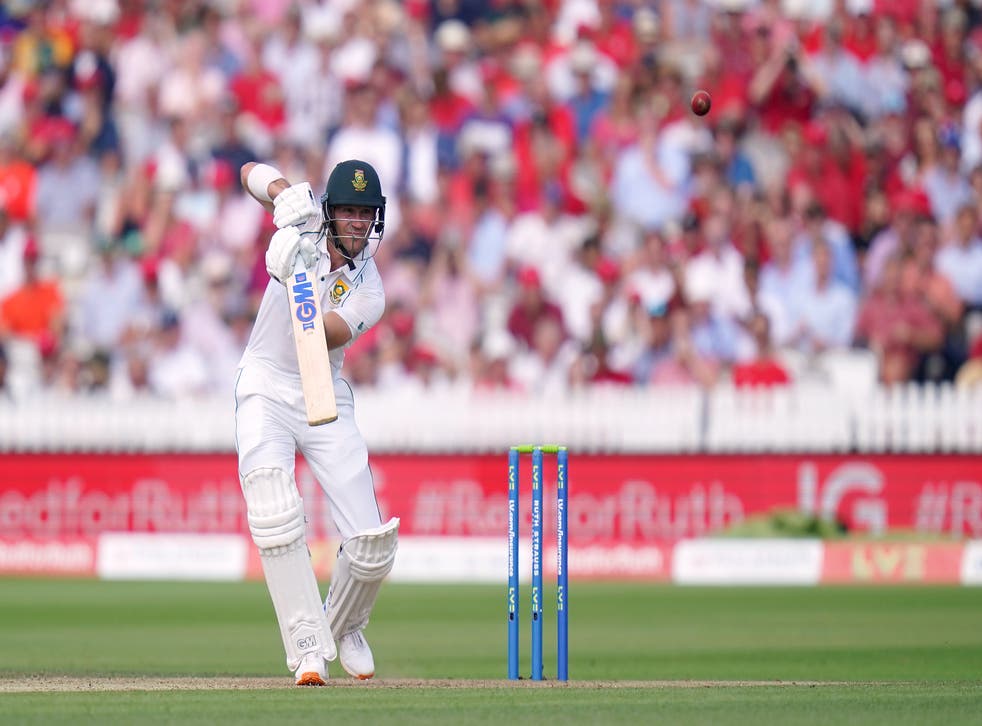 Although not as eye-catching as the so-called ‘Bazball’ style of cricket instilled in the England team by Brendon McCullum and Stokes, South Africa’s approach at the crease was remarkably effective. Proteas skipper Dean Elgar had been involved in a war of words over the term used to describe the new England era but it was South Africa’s steady accumulation and determination with the bat that saw them overtake England’s first-innings total. 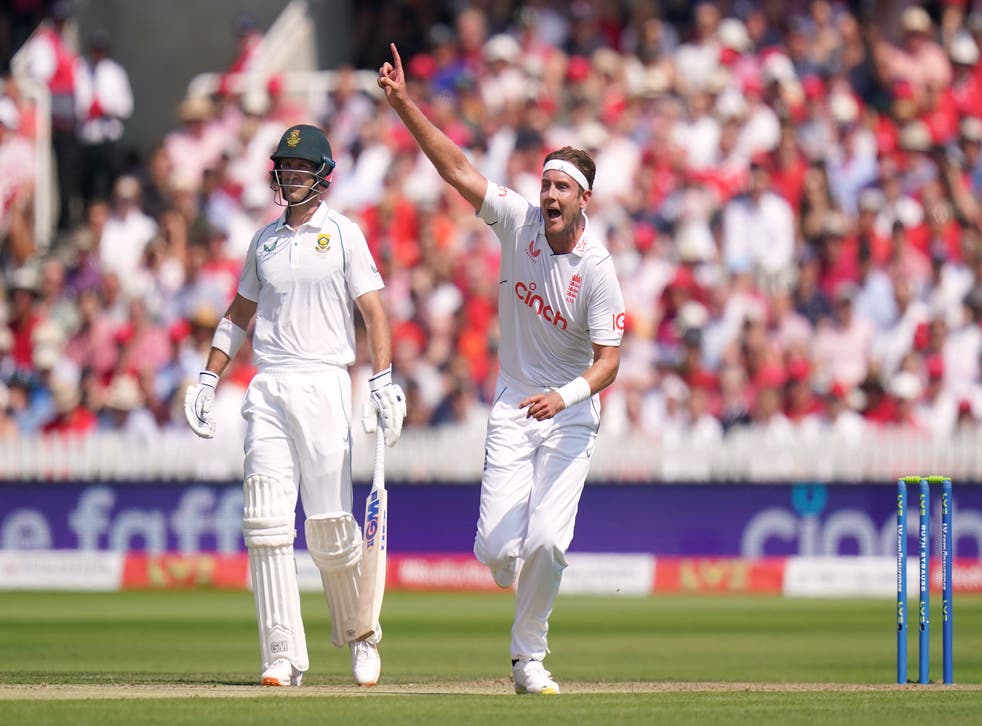 England will look to take the three remaining South Africa wickets early on Friday morning and then hope they can put in an improved batting performance themselves se. Jansen, who progressed quickly to 41 on Thursday evening, could be the key wicket for Stokes’ men.

Man, 37, died after desperate 999 call that warned 'someone was going to get hurt'

A woman frantically called 999 and warned that someone was ‘going to get seriously hurt’ before a man collapsed and later died in hospital. Adam Fairbrass, 37, died after being ‘restrained’ by staff at a luxury golf club following a ‘disorderly incident’. Shortly after police arrived at the Top Meadow ...


View more: Man, 37, died after desperate 999 call that warned 'someone was going to get hurt'

Liverpool always had the next piece of the puzzle... they have been missing thatThey are allowing their team to get old together again, just like Bill Shankly's didWe will see how the side deals with the current test against Arsenal and Man City

In the North East rates of addiction are three times higher than in London, with one recovering addict saying it cost them up to £25 a day.


View more: PSG suffer blow as Lionel Messi is ruled out of Reims clash due to a 'calf discomfort' but Ligue 1 side confirm Argentine will train on Sunday in bid to be fit for visit of Benfica on Tuesday

Video: Nazanin Zaghari-Ratcliffe warns the world 'cannot turn a blind eye to Iran' as she urges Liz Truss's Government to act over Tehran's human rights abuses that prompted a mass wave of anti-hijab protests from women and girls

Khloe Kardashian, 38, shows off her toned figure on Instagram as she models her older sister Kim's SKIMS line