A man cycling home from his friend’s house late at night in South London was left shaken after a ‘gang of thieves pulled him from his bike and pinned him against a wall’.

Michael Mary, 22, was cycling the 15 minute ride home from his friend’s house in Greenwich at around 10pm on Tuesday night (September 27), a journey he says he always makes. The journey took a terrifying turn though, when he turned onto Chandler’s Avenue, near to the O2 Arena. 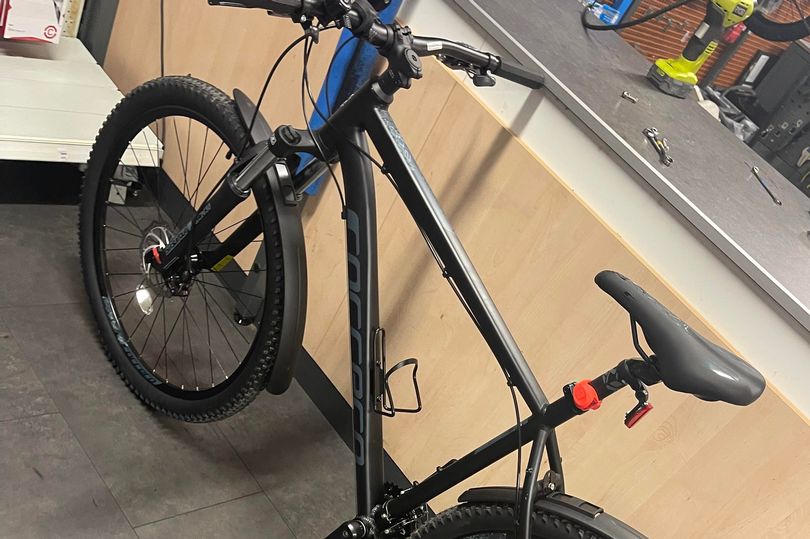 At this point, though, Michael’s initial suspicions when the rider turned around were confirmed as he was set upon. He added: “As we passed the Co-op he drove right next to me, dragged me off my bike and pinned me to the wall saying he doesn’t speak English – he’s looking for a stolen bike.

“I pushed him off me and said ‘why would I steal your bike I have my receipt’ and as he got up, he tried tried to punch me. It happened so quickly, I remember I grabbed my chain which was on my handlebars and slapped him on his helmet making him stumble back.

“After that, I got on my bike and rode as fast as I could. The other bike came down the way I was riding trying to cut me off, he was with a car as well so I cut through a construction site. It was a really scary experience.”

Eventually, Michael says he managed to lose his pursuers by cycling down the Thames path, forcing the car to stop, another fortuitously parked car also blocking the mopeds from accessing the path.

Fortunately, despite the assault Michael managed to get home with just a minor scratch to his leg and his bike in tact. The incident has left him shaken though, having never had any issues cycling the route in the past. He said: “I’ve never had no trouble like this, especially for a pedal bike, I’ve only had it for a year.”

Following the attack, Michael decided not to report the attack to police, explaining: “It happened outside the Co-op so I could possibly have got the CCTV and taken it further – but they didn’t take anything from me and didn’t hurt me.”

Instead, he took to social media to warn other residents in the area to be on the lookout, adding: “I’m not too young but I just wanted to let people know because if it was anyone younger it would’ve been upsetting.”

Have you had a similar experience in the area? Let us know in the comments here.

Want more of the latest London news sent straight to your inbox? Sign up to our tailored newsletters here.

Spain in recovery mode after losing to Japan at World Cup DOHA, Qatar (AP) — It’s not how Spain imagined reaching the knockout phase of the World Cup: finishing the group stage with a loss and having to rely on other teams to help it advance. Spain survived but ...


View more: Spain in recovery mode after losing to Japan at World Cup

A Winnipeg woman says overnight, she went from having a middle-class lifestyle with a household income of over $100,000 a year to having only noodles to eat. Her finances were devastated by debt her ex-husband forced her to rack up on her credit cards and the cost of living this year, she said. ...


View more: Cooling off period underway as U of L, union remain without collective agreement

What HSBC Customers Need to Know About the RBC Deal