A landlord tried to boot a South London mum and her six-year-old daughter out of their home when she complained the taps wouldn’t turn on. Amy,*a domestic abuse survivor, was handed papers ordering her to leave after she raised the issue with the owner of her flat in Lambeth.

She has been living with weekly water outages – some that last half an hour at a time – since moving into the property in 2016. On occasions the water has cut out while washing her autistic daughter, forcing Amy to clean the soap and shampoo off her with wipes.

When she asked Lambeth Council to take action against her landlord, Amy claims an employee told her there wasn’t a problem with the water and closed her case. The council disagrees with this and says the issue is still being looked at. 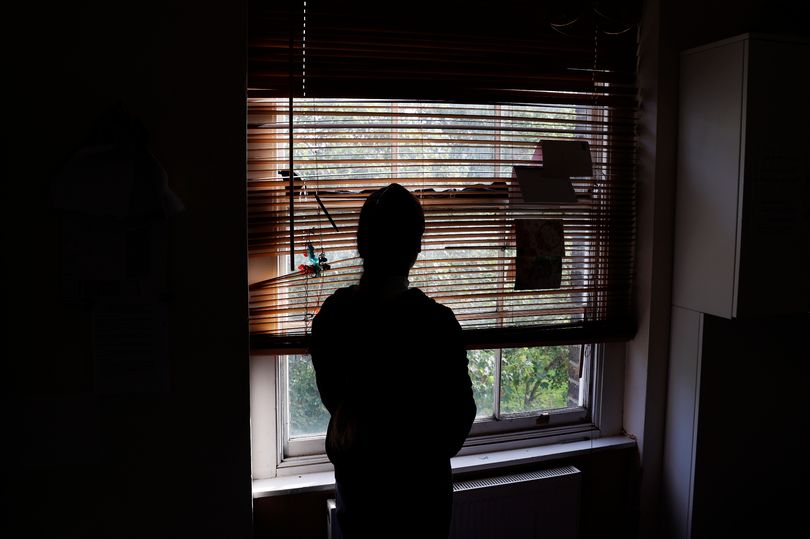 Amy (not her real name) in her flat in Lambeth

Speaking to the Local Democracy Reporting Service at her home, Amy said: “One time I was washing my daughter’s face and it went off. I had to take the soap off her face with wipes. Another time she was taking a shower and we just had to stay in the shower for half an hour waiting for it to start again. I was so angry.

“My daughter refuses to take baths now and I never know when there will be water to wash dishes in the kitchen sink. “

“She [the landlord] sent her brother around and he tried to say I was lying but I showed him the video of the taps not turning on and he didn’t say anything after that. Then I got the Section 21 letter telling me to leave.”

She added: “Someone from Lambeth Council came over in August and checked the taps and said there wasn’t a problem because they were running at the time. But the people upstairs were away. The water only cuts off when they’re in and using it.

“I explained that and showed him a video of the taps but he said ‘I only believe what I see with my eyes’ and left.”

It is not the first time Amy’s landlord has issued her with an eviction notice after she complained about conditions in the flat. She was previously given one in 2018, which she successfully quashed, and again in December last year which the landlord never acted upon.

Amy was served the most recent eviction notice in June, but has not heard anything since. She said: “I feel that if I complain about anything, she [the landlord] will get more angry and try and evict me again. I don’t feel like I can say anything. I just want the water fixed – it has been like this for six years.”

She has since taken her case to a lawyer who has threatened the council with legal action if they don’t reopen the case. So far Lambeth has failed to reply to the legal letter, according to Amy.

Elizabeth Wyatt, from campaign group Housing Action Southwark and Lambeth, said: “We are extremely concerned at Lambeth Council’s private sector enforcement team’s handling of this case involving a single parent and her disabled daughter. Why did the enforcement officer ever close this case when the family still do not have a constant supply of running water and are facing a revenge eviction? Whose side is the council on here?”

Lambeth Council said: “This matter has not been closed. The council contacted the landlord following the complaint, and we have advised this private tenant previously that monitoring of the property is ongoing.

“As no evidence of low water pressure was observed when our officer attended the property, no immediate action was taken and the matter was left to be monitored. We were not informed of the service of the eviction notice at the date of the inspection. The tenant was advised that in the event of the water issues re-occurring she should suggest the best time for the officer to revisit.

“We will continue to monitor the property, and to discuss with the tenant and the landlord any repairs and improvements required.”

*Name has been changed to protect identity.