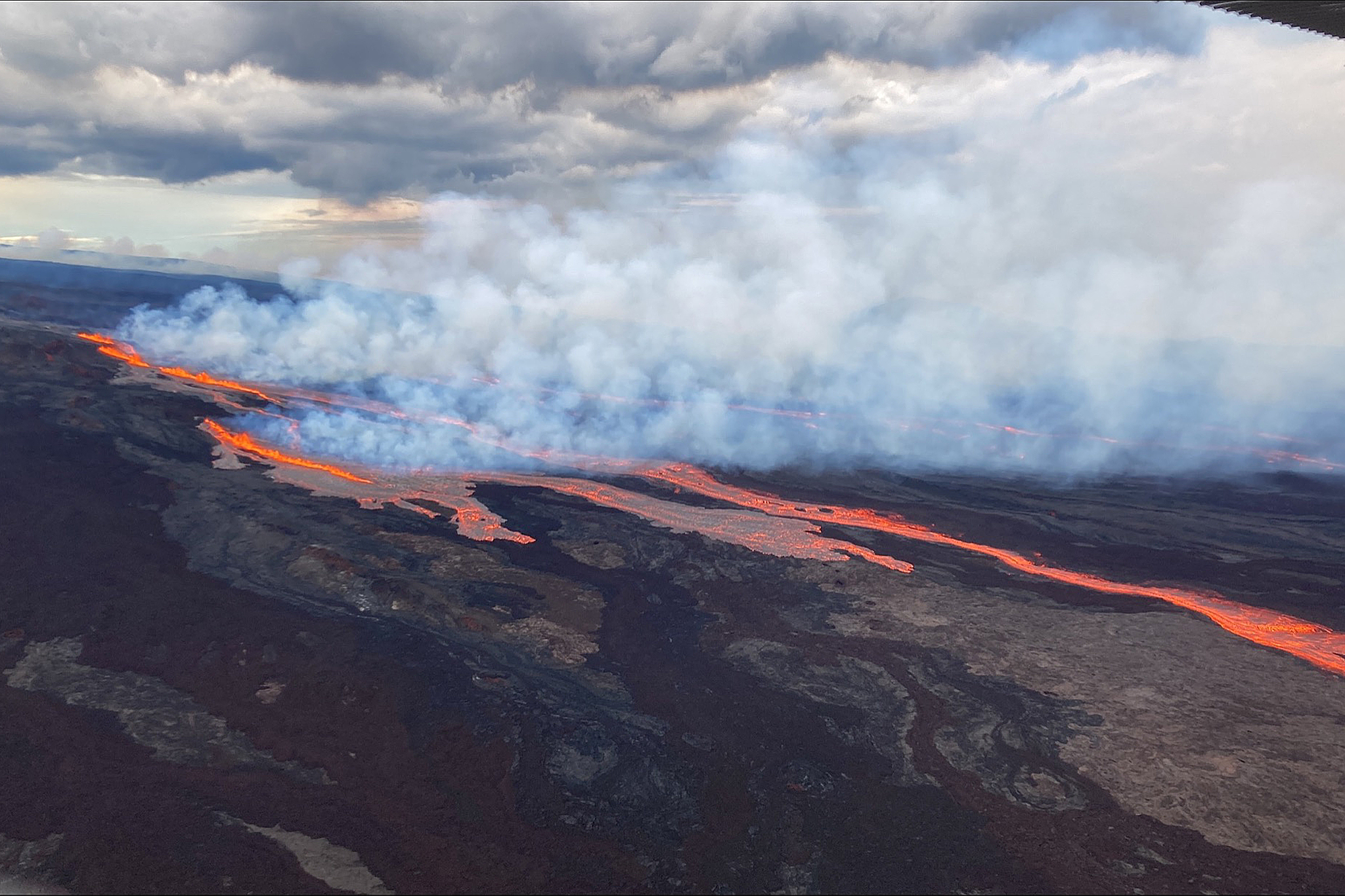 Aerial view of Mauna Loa on Hawaii Island erupting from vents on the northeast rift zone on Nov. 28, 2022. Flows are moving downslope to the north.

Mauna Loa, one of the world’s most active volcanoes, located on the Big Island of Hawaii, erupted Nov. 27. It’s the first eruption since 1984 and there are reports of “lava overflowing into the southwest portion on the Mauna Loa caldera,” according to Hawaii’s Emergency Management Agency.

In response to the volcanic activity, Southwest Airlines issued a travel advisory and has suspended operations at the Hilo International Airport, resulting in the cancellation of 10 interisland departures. Southwest flies five round trips a day between Hilo and Daniel K. Inouye International Airport in Honolulu.

The Hawaii Department of Transportation issued a travel advisory Monday for anyone with air travel to the Big Island.

Hilo and Kona international airports are the two largest airfields on the Big Island and predominantly host flights for Southwest and Hawaiian Airlines.

A spokesperson for Southwest Airlines told SFGATE that no flight bound for Hilo was canceled and that service to and from the Bay Area was not impacted.

The airline is offering customers who have reservations to or from any of Southwest’s Hawaii destinations on Nov. 28 or 29 a waiver to rebook their flight or travel standby (within two weeks of the original travel date) with no additional costs.

Hawaiian Airlines is continuing to operate flights to and from Hilo and Kona on Nov. 28. A spokesperson for the airline told SFGATE that they are closely monitoring the eruption of Mauna Loa and advised customers to check for updates.

The Hawaii Visitors and Convention Bureau issued a statement that “there is no need to change travel plans to any of the Hawaiian Islands at this time.” The bureau advised people who have asthma, emphysema, chronic obstructive pulmonary disease or other types of breathing problems to take precautions from the ash.