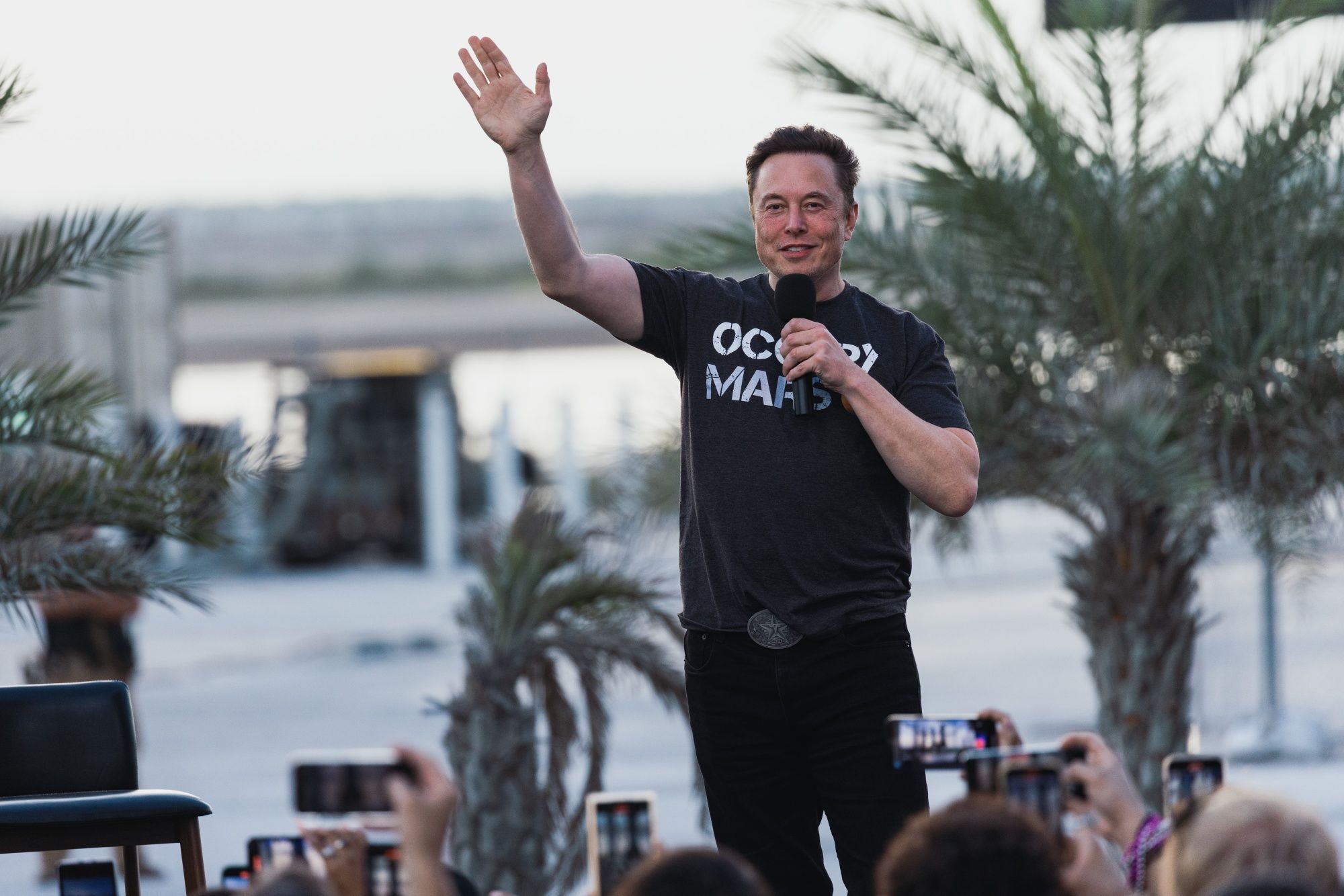 Elon Musk, co-founder and chief executive officer of Space Exploration Technologies Corp. (SpaceX) and Tesla Inc., during a news conference with Mike Sievert, president and chief executive officer of T-Mobile US Inc., not pictured, at the SpaceX Starbase facility in Boca Chica, Texas, US, on Thursday, Aug. 25, 2022. T-Mobile is partnering with Elon Musk’s SpaceX to offer wireless phone service in remote parts of the US where coverage is spotty.

(Bloomberg) — US regulators partially approved plans by Elon Musk’s SpaceX to operate another massive fleet of Starlink satellites, giving the company the go-ahead to launch 7,500 of a proposed constellation of nearly 30,000 satellites.

The Federal Communications Commission announced the step in an order and authorization notice published Thursday. SpaceX has approval to operate these next generation Starlink satellites, known as Gen 2, at three altitudes between 326 miles (525 kilometers) and 332 miles, according to the notice. The FCC said it’s deferring “action on the remainder of SpaceX’s application at this time.”

“Our action will allow SpaceX to begin deployment of Gen2 Starlink, which will bring next generation satellite broadband to Americans nationwide,” the notice added.

Space Exploration Technologies Corp., the formal name of Musk’s closely held company, told the FCC in May it had launched about 2,500 first-generation satellites of its earlier-authorized fleet of about 4,400 Starlinks. The company said it was serving more than 400,000 subscribers worldwide.

SpaceX is part of a global race to blanket the Earth with satellites that operate in low orbits. The short distance to Earth allows signals to pass quickly for fast broadband. Communications satellites have traditionally operated in high orbits that let them appear to loiter above one spot on the globe. Signals traveling to and from the high satellites take longer to complete their trip.

SpaceX competitors including OneWeb Ltd. and Amazon.com Inc. are working on thier own constellations. Networks from operators in Canada, China and the European Union are in various stages of development.

Customers get Starlink signals from space through small dishes that can be mounted on their homes or businesses. It’s designed to serve remote and rural areas. SpaceX won permission in June to offer the service for aircraft.

SpaceX earlier told the FCC the huge fleet addition “will substantially increase capacity and drive up the number of consumers even in rural and remote areas with truly robust broadband.”

Rival satellite company Viasat Inc. had asked the FCC to deny SpaceX’s request, citing what it called a heightened risk of in-orbit collisions among satellites. SpaceX said its satellites can maneuver and its fleet poses an acceptably low collision risk.

Amazon’s Kuiper Systems, which plans its own constellation, told regulators the SpaceX expansion “would pose serious risks to space safety and competition” and asked for restrictions.