With winter weather just around the corner, the first hints of another wave of COVID-19 have emerged in Europe, according to data released by the World Health Organization this week.

Infections across Europe — the majority of them caused by omicron subvariants that dominated the summer months — have been steadily climbing in several nations, including in the United Kingdom, France and Italy.

According to WHO data released Wednesday, cases across the European Union spiked to 1.5 million last week, up 8% from the week prior. Hospitalizations are also up across the 27-nation bloc, with Italy reporting a 32% jump in admissions and a 21% increase in intensive care admissions for the week ending on Oct. 4. 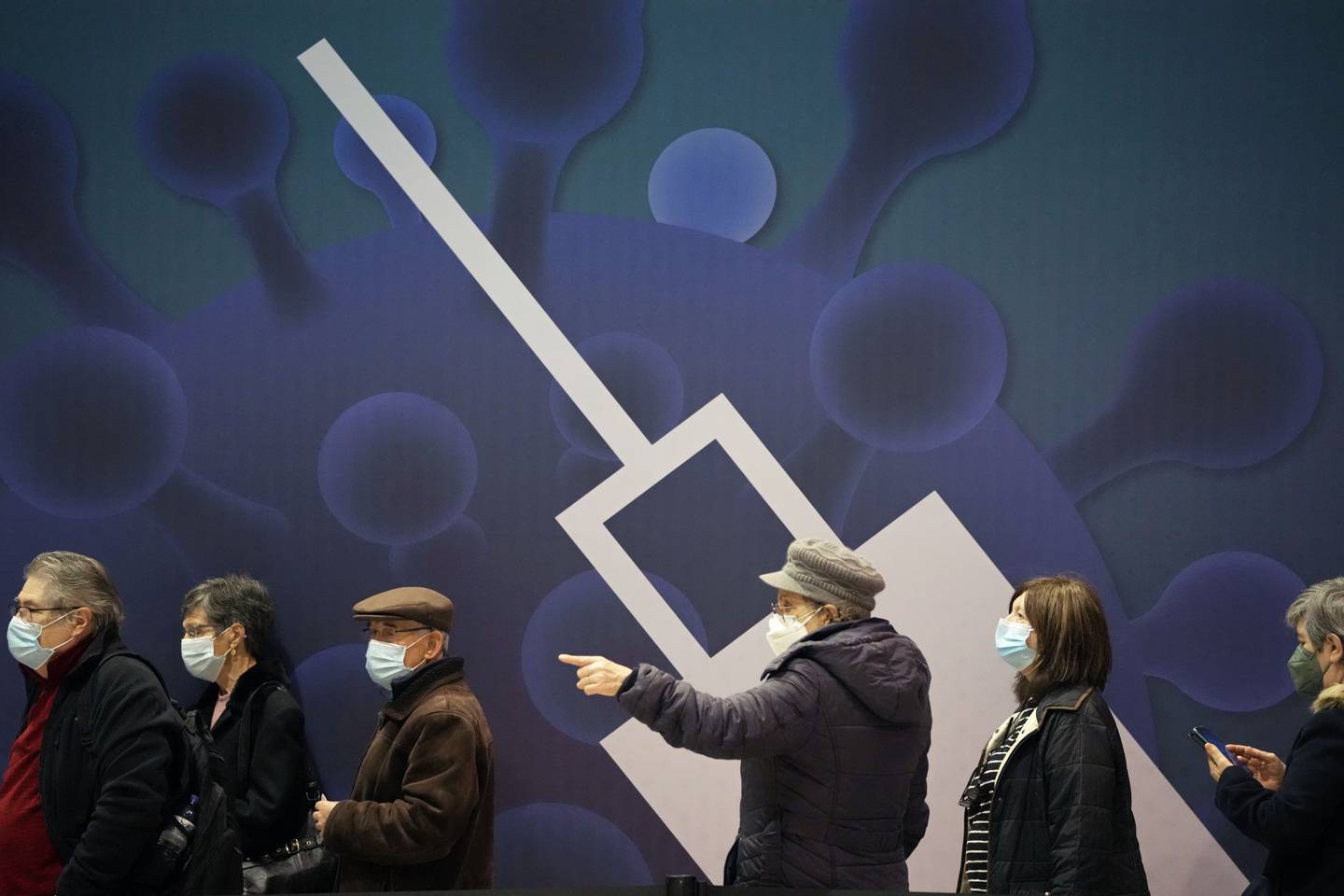 People queue to get vaccinated against COVID-19 in Lisbon, Portugal, on Wednesday, Dec. 1, 2021. (Armando Franca/AP)

Britain, meanwhile, reported a 45% increase in hospitalizations when compared with the week prior.

“This is to be expected as the weather gets colder and more time is spent together indoors,” Tedros Adhanom Ghebreyesus, Director-General of WHO, said. “Most countries no longer have measures in place to limit the spread of the virus.”

While cases are still on the decline globally, officials warned the wave brewing in Europe could suggest the United States could be next.

Several computer models are still projecting that infection numbers will continue to drop through the end of the year, but researchers have emphasized there are many variables that could trigger another, fast-spreading wave in the United States. That includes hundreds of new forms of the omicron mutation currently being tracked by scientists as well as a decrease in surveillance and testing.

“So we continue to call on all countries to increase surveillance, testing and sequencing, and to ensure that those most at risk are vaccinated,” he added.

Elon Musk said Apple was pressuring Twitter over content moderation demands. AFP via Getty Images Elon Musk accused Apple of threatening to block Twitter from its app store without saying why in a series of tweets on Monday that also said the iPhone maker had stopped advertising on the ...

If you're a fan of Pizza Pizza this is a steal


View more: Get a month of Crave Total free with a large three-topping pizza

The Metropolitan Police has launched a new hotline to help report corrupt police officers. The London-based police force is currently seeking to regain trust of the public after a series of high profile scandals. This includes the murder of Sarah Everard by serving Met Police officer Wayne Couzens, as well ...

Trump Organization lawyers rested their case Monday as a Manhattan judge chewed them out for throwing “anything and everything” at a jury as they heard remaining evidence in the tax fraud case. The last witness on the stand for the former president’s company was Donald Bender, a partner at Mazars ...


View more: Trump Org defense rests case as judge chews out lawyers for throwing ‘anything and everything’ at jury

Days after bringing white supremacist Nick Fuentes to meet with former President Donald Trump, rapper and 2024 presidential wannabe Kanye West has reportedly added the notorious Holocausr denier to his campaign team. Fuentes is taking time away from his streaming right-wing program to work with West, the Daily Beast reported ...

Saskatoon City Council is meeting over the next three days, beginning Nov. 28, to discuss the city budget, including increases in property taxes, the Affordable Housing Reverse, as well as additions to the Saskatoon Police Service. This budget was created in 2021. City council has already declared that most items ...

Senior officials with Nova Scotia’s Health Department have provided answers on the state of the province’s health system. They were questioned last week during the Public Accounts committee meeting by Liberal MLA and Health and Wellness shadow minister Brendan Maguire. Maguire called on the officials to release more information on ...

The next Knick to miss a game due to injury could be Immanuel Quickley. Just as guards Cam Reddish and Derrick Rose returned to the rotation after multi-game absences in Sunday’s loss to the Grizzlies, Quickley has been listed as questionable for Tuesday’s road game against the Pistons. Quickley has ...

‘Guillermo Del Toro’s Cabinet Of Curiosities‘ Debuts At No. 2 On Nielsen Streaming Chart With 1.1B Minutes Viewed, ’The Watcher’ Continues To Dominate