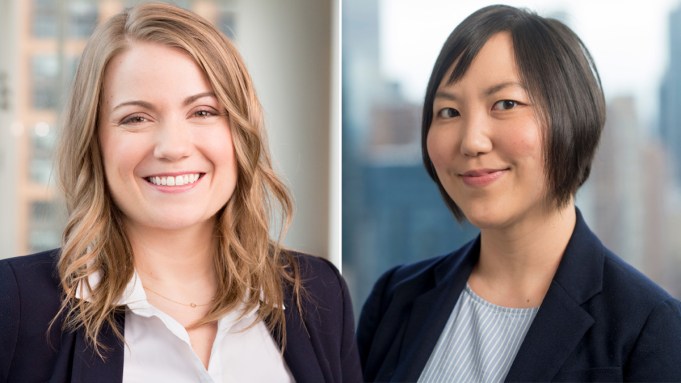 Spotify has named new managing directors for its Gimlet and Parcast podcast studios the day after news that it plans to cancel a combined 11 original podcasts and eliminate about 5% of its podcast headcount.

Nicole Beemsterboer will be stepping up to lead Gimlet. She joined Spotify from NPR earlier this year as Gimlet’s Head of News & Knowledge. Previously at NPR, she has worked on shows like Embedded and Invisibilia with accolades that include a Peabody Award. She was also a senior producer for the NPR podcast White Lies, a finalist for the first Pulitzer Prize for Audio Reporting in 2020.

Liliana Kim joins Spotify as managing director of Parcast effective November 7. She was most recently at American Public Media where she served as general manager of APM Studios. She previously worked at HBO and Viacom.

Both report to Julie McNamara, who leads Spotify’s Studios operations.

Their appointments come as Spotify scrubs 11 podcasts from the two platforms over the next several months, including Gimlet’s How to Save a Planet, Crime Show and Every Little Thing and Parcast’s Medical Murders, Female Criminals, Crimes of Passion, Dictator, Mythology, Haunted Places and Urban Legends. Horoscope Today is also done. This is a rare group cancellation of podcasts, a business that Spotify has been growing rapidly and needs to winnow through.

The move is said to be designed to ensure the company enters 2023 with a strong, focused slate of O&E shows, with several new ones to be announced in the coming weeks and months. Spotify Studios and The Ringer were not impacted and the cancellations rep a small number of the company’s circa 500 offerings.

Its popular podcasts include Batman Unburied, Archetypes and The System, Call Her Daddy, The Journal and Caso 63. Others include Armchair Expert, The Rewatchables, The Ryen Russillo Podcast, The Ringer-Verse, The Bill Simmons Podcast, Science Vs, Heavyweight, Not Past It, Stolen, Serial Killers, Conspiracy Theories, Higher Learning, Solved Murders: True Crime Mysteries, Unsolved Murders: True Crime Mysteries and Cold Cases.

Tiger Woods Pulls Out Of Comeback Tourney With Foot Injury

Do not pass GO: Monopoly player sent straight to jail for shooting in family feud

A registered sex offender who did three years in state prison for sexually assaulting a 15-year-old girl is now charged with raping two different women at a Bronx hotel. Dashawn Williams — who was released on parole two years ago — was back behind bars on $100,000 bail after he ...

Shannon Sharpe kicked Zach Wilson while he’s down. One day after quarterback Mike White and the Jets thrashed the Bears, 31-10, Sharped declared on FS1’s “Undisputed” that the starting job should be White’s for the rest of the year while Wilson, who was benched last week, could perhaps take up ...

As the Tesla Model 3 gets closer to its sixth birthday, it is reportedly getting closer to receiving its first facelift. The report comes via Reuters. The news service said it spoke to four sources with information on the plans. The revamp is part of an attempt by Tesla ...


View more: An Updated Tesla Model 3 Is Reportedly on the Horizon

The Royal Canadian Air Force says two senior officers have been charged for allegedly failing to stop a group of fighter pilots from assigning an inappropriate nickname to another member in June. Col. Colin Marks and Lt.-Col. Corey Mask each face one charge of failing to effectively carry out their ...

The white gunman who massacred 10 Black shoppers and workers at a Buffalo supermarket pleaded guilty Monday to murder and hate-motivated terrorism charges, guaranteeing he will spend the rest of his life in prison. Payton Gendron, 19, entered the plea Monday in a courthouse roughly two miles from the grocery store where ...

Executive Who Brought Time Magazine Into Web3 Is Leaving for MoonPay

Yellowstone Fans Are Tired Of The Sibling Rivalry Storyline

What Is The Song In Marshall's Born To Hustle Commercial?