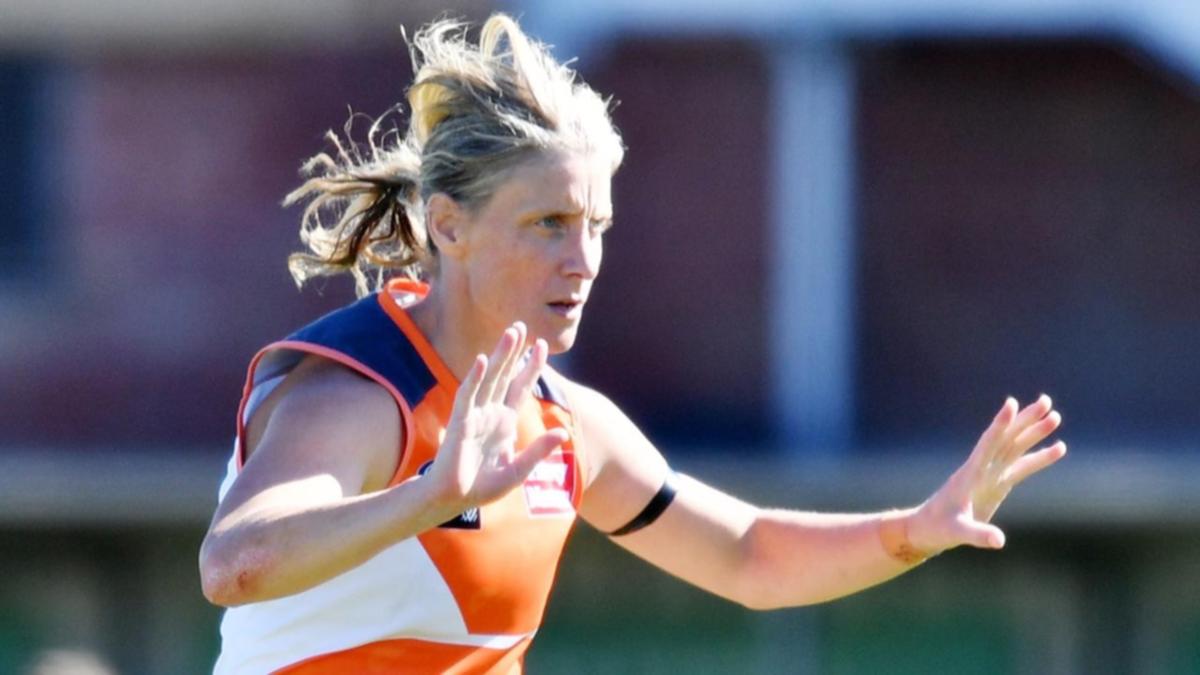 GWS key forward Cora Staunton took the plaudits in a captivating showdown against defender Vaomua Laloifi as the Giants' beat Carlton in the AFLW.

Irish powerhouse Staunton proved crucial as the Giants bounced back from last weekend's 96-point thumping by the Crows to get the better of the Blues 4.5 (29) to 1.6 (12).

The Blues struggled to counter the Giants' master of the ball but were bolstered by the powerful Laloifi, who spoiled crucial moments to keep GWS from claiming the game early.

Laloifi rose to the occasion with 16 disposals matched by a 91 per cent kicking efficiency, with Staunton admitting she had been looking forward to the match-up as game day approached.

“It played on my mind going into this week,” she told AAP post-match.

GWS coach Cam Bernasconi said the Giants were unsure whether Laloifi would play deep in their 50 but knew Staunton was up to the task.

“When (Laloifi) went to Cora, we sat back, ate our popcorn and watched the show,” Bernasconi said.

“Cora was quite clinical. We knew she would love to take that challenge.”

Staunton, the Giants' consecutive leading goal-kicker since 2020, hopes her side can finish the season with momentum after a tough start with injuries and some “embarrassing” losses, including last week's humbling by the Crows.

“We don't want to use excuses,” she said.

“We didn't compete hard enough against Adelaide so we needed to come out today.

“Our first job is to compete and try to win our battles.”