Stephen A. Smith Has Blunt Reaction To The Tua Tagovailoa Situation 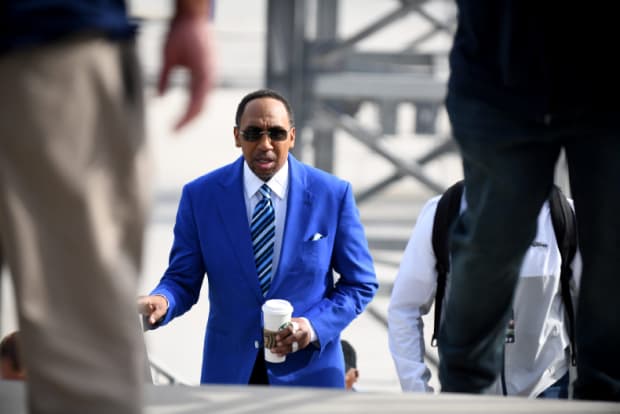 Stephen A. Smith is demanding someone in the Miami Dolphins’ organization is fired over the Tua Tagovailoa situation.

There is speculation Tagovailoa was concussed during Sunday’s Bills vs. Dolphins game. However, he was cleared to play on Thursday night.

Then Tagovailoa once again was concussed during a tackle on Thursday evening. He had to be stretchered off the field, as a result.

Smith is demanding someone in the Dolphins’ organization is fired over this catastrophe.

“Somebody needs to be fired! Now I don’t know who, but somebody got to go,” said Smith on First Take.

It’s quite possible someone is fired over this situation. The NFLPA is conducting an investigation to examine if concussion protocol was violated.

“Player health and safety is at the core of the union’s mission. Our concern tonight is for Tua and we hope for a full and speedy recovery. Our investigation into the potential protocol violation is ongoing,” the NFLPA announced.

It is going to be very interesting to see what comes of the investigation. It could have a drastic impact.