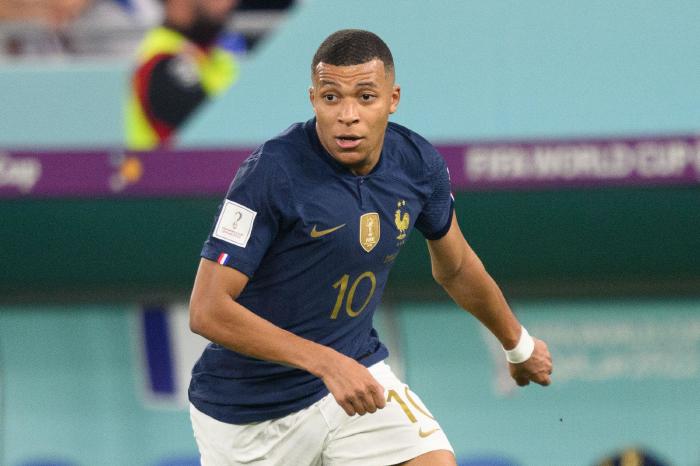 Gareth Southgate’s side take on the reigning World Cup champions in a mouthwatering quarter-final clash on Saturday at Al Bayt Stadium, having beaten Senegal 3-0 there in the previous round.

Now comes a big step up in quality and the unenviable challenge of keeping Mbappe quiet – a player who lit up the world stage four years ago in Russia and is now leading the race for the Golden Boot in Qatar.

The 23-year-old provides a major headache for England, whose assistant helped devise plans to keep Lionel Messi quiet as Chelsea shocked Barcelona in the Champions League semi-finals in 2012.

“I think there are a handful of players on the planet that you need to consider special attention to,” Holland said. “Messi has been one and probably still is.

“You’d have to put Mbappe in that kind of category I would suggest.

“We do need to look at trying to avoid leaving ourselves in situations where he is as devastating as we’ve all seen. We have to try to find a way of avoiding that.

“I remember having a conversation with (Jose) Mourinho about it a long time ago when he was with Real Madrid, they were playing Barcelona and they had (Cristiano) Ronaldo.

“(Dani) Alves would be the right-back for Barcelona and flying forwards in attack, he would play a soldier against him to try to stop him.

“But then of course you don’t get any threat from your team from the soldier as you’re just stopping somebody, you’re not actually hurting them.

“Then he would try to play Ronaldo against him, directly, one against one because Alves was fantastic going forwards but maybe not quite as good defensively as a consequence.

“There is always a plus and a minus to every one. It’s that cat and mouse of, yes, we have still got to try to deal with him but we also have to try to exploit the weakness that his super strength delivers, if I’m making sense.

“Trying to adapt your team to cover for that while still trying to create your own problems is I think the challenge.

“I would like to think we won’t just be looking to stop a player but we would be looking to try to do everything possible to limit his super strength whilst still trying to focus on our own strengths because we have good players.

“Players just as likely to cause France trouble as Mbappe would be to us. We have to find that balance.”

England players had Tuesday off but staff have begun preparations in earnest, listening to an in-depth report on France at 9am on Monday having only arrived back from the Senegal match six hours earlier.

Tim Dittmer, the Football Association head of coaching, has been tracking the reigning champions for the last two years and gave a presentation on Saturday’s opponents.

“It’s a 50-50 game in my eyes,” Holland said. “If you’re playing inferior opposition and you play well you get the result.

“That’s the challenge. We could play well and still not get the result. It’s 50-50 with special players who can suddenly produce something out of nothing.

“But I think the team are really well equipped for the journey this quarter-final could be. It could be a long night. I feel we’re as ready as we’ve ever been to navigate that.”

Holland believes England have the “perfect opportunity” to prepare the players tactically and physically given this week’s schedule, saying there is “no excuse” heading into the weekend.

It is, he says, about building on what they have done rather than going back to the start as onlookers wonder whether they will stick with a four-man backline or return to a back five.

Holland does not “completely agree with” the perception that the latter is a more negative approach, saying it is about how they can “utilise the attributes we have been given by the country”.

“I think the challenge with us before the tournament and before every game we play now is to look at what we have, the tools we have in the bag,” Holland said.

“Look at the problems the opponent is going to cause us, their weaknesses, and try to come up with something that gives us the best chance of winning the game.

“That sounds a bit obvious but really but to win tournaments you need to be the best team in Europe or the world in both penalty boxes.

“There will be lots of opinion about how you get form one penalty box to the other – different nations will do that in different ways and there is no right or wrong – but normally in the two penalty boxes it’s law.”